Vehicles in After the Horsemen - Machinas - Part Three

Now it becomes a race against time. In ATH fuel is a very rare commodity. This means any road attack has to be swift and deadly because in a long chase you may burn up more fuel than you could hope to recover.

It's turn four of the chase and if the Blue sedan can hold on just a little bit longer the Pack Wolves will give up the chase. But the Yellow truck has moved into position next to the Blue sedan. The larger truck swerves left and slams into the Blue sedan. Inexperience hands try to compensate. 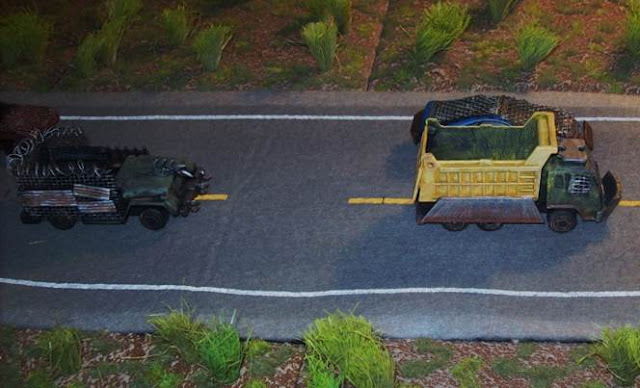 But it too late. 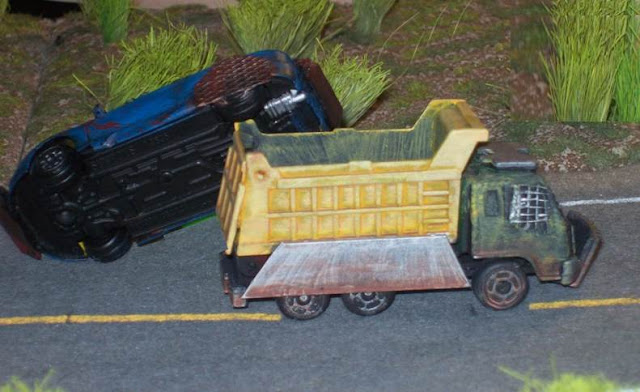 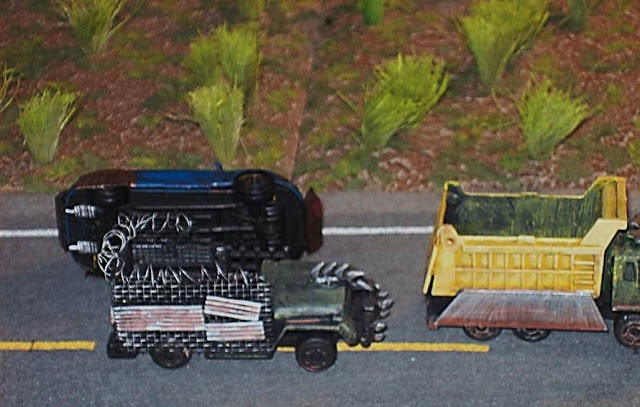 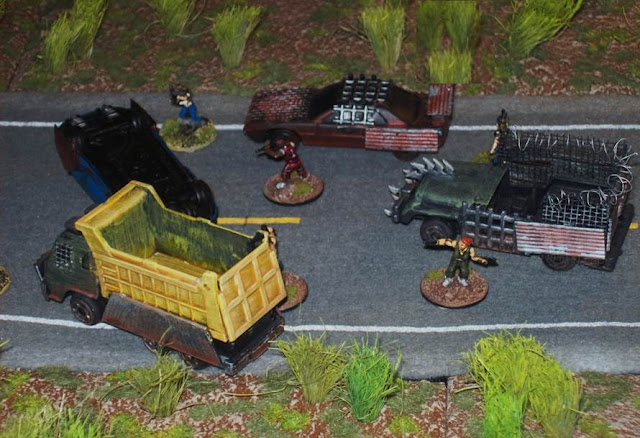 Rolling on the Mercy Table results in the two rivals quickly dispatched. The Pack gains 2 Fuel units, strips off the wheel spikes from the car, a box of nails, a BAMP, Shotgun, 4 Food and 1 set of Body Armor.  Overall a pretty profitable chase. The Blue sedan is stripped for parts as it's pretty well totaled.

Look for the Machinas Kickstarter coming in a month or two.
Posted by Ed the THW Guy at 00:11
Email ThisBlogThis!Share to TwitterShare to FacebookShare to Pinterest
Labels: AARs, After the Horsemen, Kickstarter, Machinas, Two Hour Wargames