Testing one of the scenarios for the new adventure supplement for Warrior Heroes Adventures in Talomir (WHAT) that is going to be released soon. This is a special situation in which the Star, the miniature representing the player, turns into a Werewolf (think of an American Werewolf in London).

So during the adventure you are trying to find out a way to get rid of the curse of being a Werewolf by fighting against Witches, Trolls, Giants, Vampires and Wizards, but you may suffer from several Full Moons during the campaign in which you stops being a human being and turns into a Werewolf; which is no good as you can get killed or worse, you can kill innocent people! (you lose advantage Rep d6 for each innocent slaughtered).

I played the Encounter on a 90x90 cm. mat and the game took me less than 15 minutes to finish it. Sweet and easy.

The table setup is in the outskirts of Wolfstone, North of Mirdholme, Talomir. The three yellow dots are the PEFs generated as per the rules. 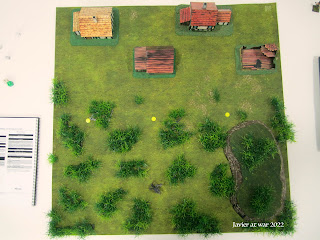 "There is Full Moon tonight and as soon as a moonbeam touches you, your blood starts to boil from within, burning and hurting beyond measure as your body insanely convulses. After a quiet moment you open your eyes into a new life form. You look up to the Moon and from your chest comes out a deep and terrifying howling that shreds your throat and your soul alike. You have turned into a blood thirsty beast!" 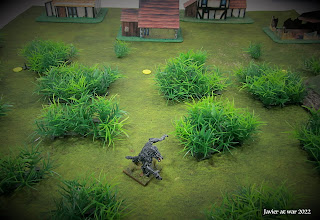 The beast moves towards one of the PEFs (Possible Enemy Figures) in the centre of the table; there is contact and it is resolved as a Female Labourer. She cannot see the monster in the dark but it can sees her! Luckily for her, the Werewolf restrains himself and disappears into the night (I rolled in a chart for that).

PEFs activate first but none move. After that I could leave the Encounter as I only have to resolve one PEF to be successful, but as I am testing the scenario I decide to check another PEF.

The Werewolf moves to its right and again there is a contact (the Enemy Rating or possibility of meeting somebody is 3 in this place), and I can run into Townsfolk, Wild Animals or even my own Followers, my band. I meet with another Townsfolk, this time it is a Hunter.

On this occasion the Character fails to restrain himself, loses control and charges the Hunter, Roar!

There is melee. None of them wears armour. The Hunter has a hand weapon and the Werewolf its claws and teeth but also the attribute Rage. The beast wins the first round of combat but it only scratches the Hunter. I roll for another round and again the Werewolf wins, causing the Hunter a fatal wound. Then, in the next turn it leaves the table and the Encounter is over. 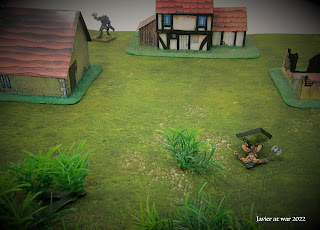 So our character escaped alive from this Encounter and although he lost 1d6 Rep for killing the Hunter, at least he didn't come across his own men. Next Full Moon, after a few scenarios in between, would be harder for him to restrain from murdering!
Posted by blacksmith at 18:02 No comments:
Email ThisBlogThis!Share to TwitterShare to FacebookShare to Pinterest 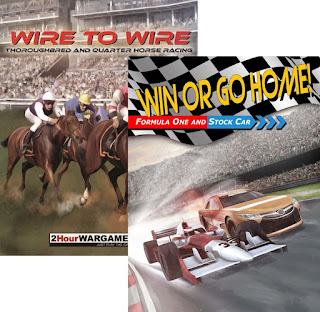 Posted by Ed the THW Guy at 18:31 No comments:
Email ThisBlogThis!Share to TwitterShare to FacebookShare to Pinterest

Off to the Races!

Win or Go Home Formula One and Stock Car Racing 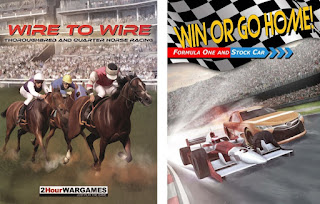 Wait! Why racing games? Great for a change of pace. Introduce people into gaming. Tie it into the Pulp PI - Investigator for Hire rules set. Wait! What? 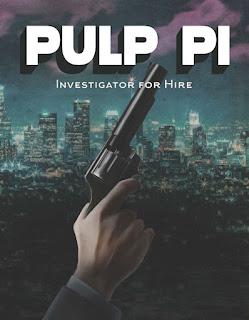 Posted by Ed the THW Guy at 12:35 No comments:
Email ThisBlogThis!Share to TwitterShare to FacebookShare to Pinterest 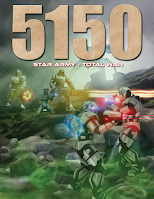 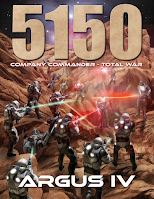 Why play the man-to-man skirmish games if I play big battle rules? How about...

"These are games that can be played in between larger games. That means 1) you get more use out of your miniatures, 2) the characters in the games can be linked to the larger games and 3) it allows for some backstory development of lower rank officers that could also be part of a wider setting." Todd.
And Todd has it spot on!
Posted by Ed the THW Guy at 09:56 No comments:
Email ThisBlogThis!Share to TwitterShare to FacebookShare to Pinterest

Posted by Ed the THW Guy at 14:38 No comments:
Email ThisBlogThis!Share to TwitterShare to FacebookShare to Pinterest

Tabletop Football Sci Fi 5150 Style. Humans, right? Yep. Zhuh-Zhuh? Uh, huh. Xeog, Grath and Razors too? Yep, and an Hishen Team too. Play Team against Team by Race or Draft Players and build your own Teams. 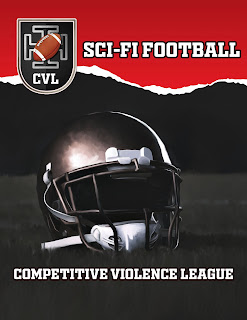 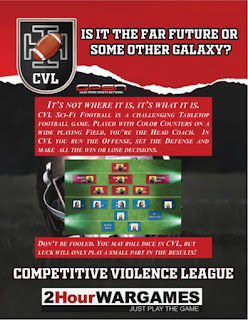 Posted by Ed the THW Guy at 13:35 No comments:
Email ThisBlogThis!Share to TwitterShare to FacebookShare to Pinterest 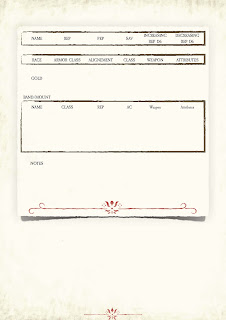 Here's a great way to track your Characters in WHAT. Compliments of Paul Barbe.

Download it by clicking on the picture or check it out here. Scroll down to the bottom of the page.

Posted by Ed the THW Guy at 10:52 No comments:
Email ThisBlogThis!Share to TwitterShare to FacebookShare to Pinterest
Older Posts Home
Subscribe to: Posts (Atom)