We're Back! ATZ Final Fade Out 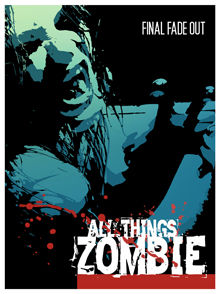 There's been so much interest in the minis, tabletop, and terrain  version of All Things Zombie - Final Fade Out that we've brought it back. Now you can play All Things Zombie two ways! Click here for more info.

Due to unforeseen circumstances I've decided to cancel the current Kickstarter project. Thanks for all who pledged.
Posted by Ed the THW Guy at 08:05 9 comments:
Email ThisBlogThis!Share to TwitterShare to FacebookShare to Pinterest

The old guy spent a couple of drinks worth talking to Spence and he convinced him to go with him the following morning. He had an errand to run in south Albuquerque and promised Spence payment if he went with him. What he didn’t tell Spence was that his two grand kids would be with him. 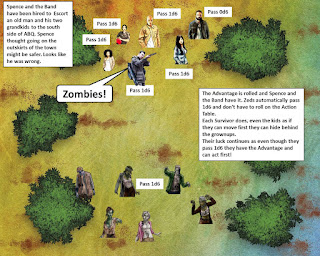 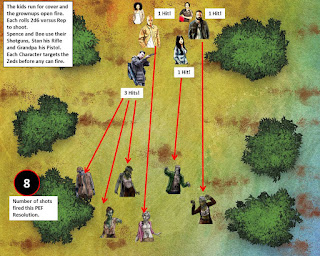 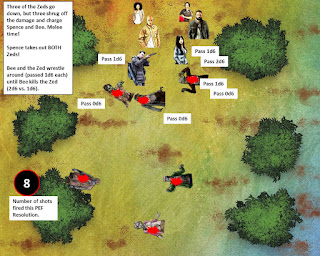 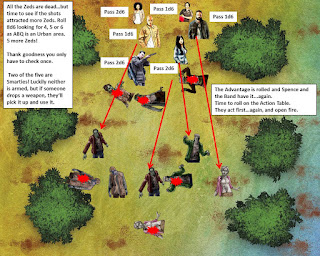 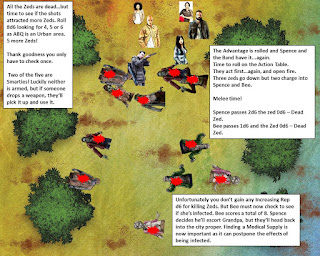 This is a major change in the Story. With Bee being infected finding the "Cure" is now Spence's primary importance. Grandpa and the kids can come with the group or leave. Grandpa decides it's good to stay with the group for now. Spence figures the kids can help find Loot.
Posted by Ed the THW Guy at 09:41 2 comments:
Email ThisBlogThis!Share to TwitterShare to FacebookShare to Pinterest
Labels: All Things Zombie - Evolution, All Things Zombie - The Big I, THW Game Design, Two Hour RPGs, Two Hour Wargames 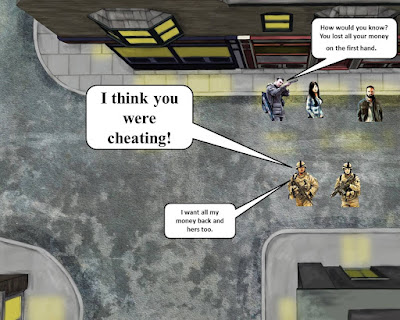 In All Things Zombie - Evolution you can gamble with NPCs during a Chillin' Encounter.  The good news is it's a way to earn Increasing Rep d6 if you win. The bad news is it could cause Hard Feelings with the NPCs that lose. How do you know? Here's how we do it: 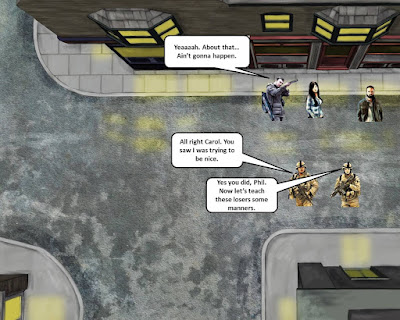 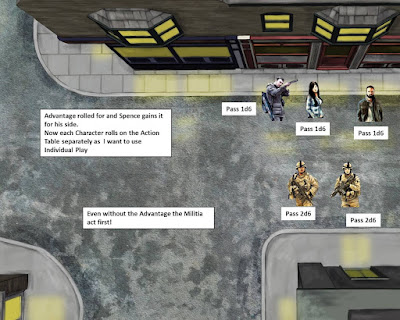 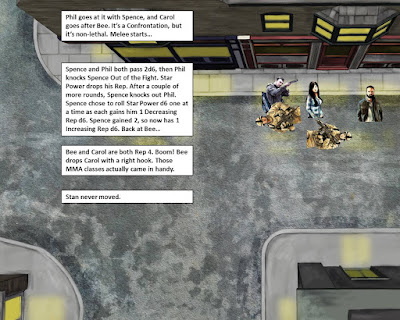 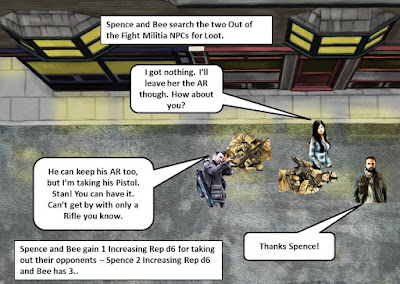 Game played quickly and added to the Story. Also another way to gain Increasing or Decreasing Rep d6. The nice thing about ATZ is the unexpected can happen as in the Militia acting first, even though they didn't have the Advantage, Luckily this was a non-lethal Confrontation. Could have been very ugly if they were using weapons. 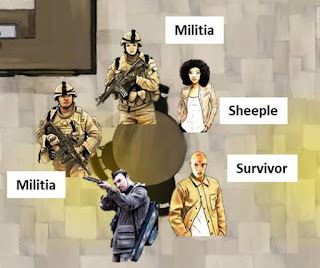 Spence and four NPCs will be gambling. Here are their stats.


To gamble each Character rolls 2d6 versus it's Savvy.

Here's after three rounds. Spence is feeling pretty good. Lucky for him the Militia Leader passed 0d6 on the first round!? The rest are not doing so well. 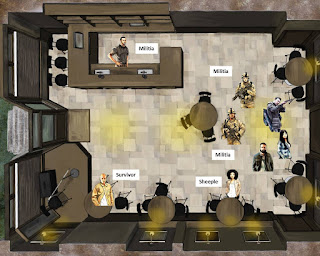