Who hasn't been tempted to play a large game of Napoleonics. You know; with lots of units, multiple Divisions, or even multiple Corps. So you set up the table, deploy your troops, and you're ready to go.

You have to place your units in formation - column or line, each perfectly lined up. Off you go and soon you're in contact. Charge tests are taken, small arms fire resolved, and it's to melee. Oh wait, I didn't fire my artillery. There, resolve the casualties, take a morale test. Now melee happens, casualties taken and the units either advance, run or stay for another round of melee. And you follow the same script for the next few hours.  What's started as a game feels more like a job. 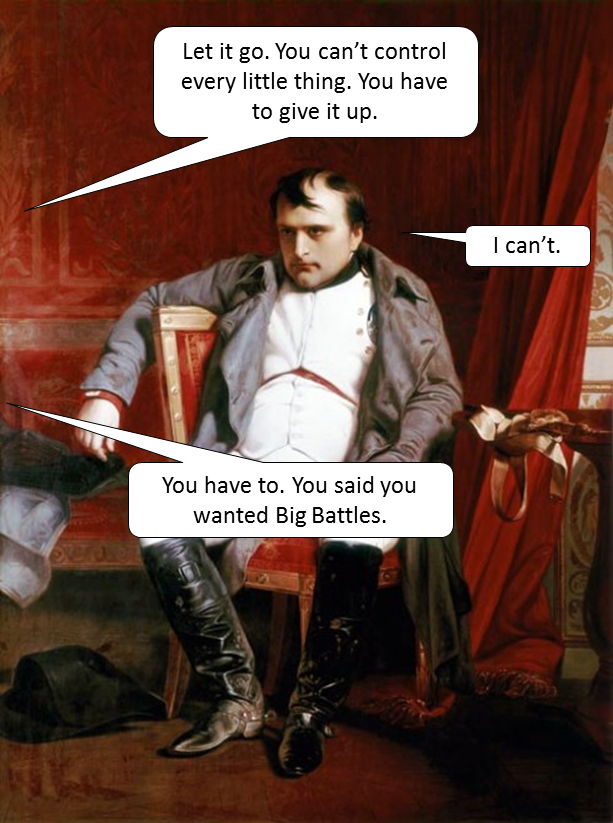 A few hours later you call it a game. As you're putting away your figures you and your friends debate what would have happened if you had more time. A small part of you wonders why fighting a large battle is so much work and you never seem to get to a conclusion. Sound familiar? It happened to me.

After many years of this I realized that it doesn't have to be that way. My friend Bob and I decided we wanted a game that let us be the Commander in Chief, and not the regimental officer multiplied by 50. The problem was the rules. They were great, but not set up to handle the large number of units we wanted to field.  They concentrated on each battalion or regiment at a lower level than we wanted to play. Basically we were battalion commanders trying to play a Corp size game.

We realized these battalion level mechanics (individual formations, shooting, morale checks, charge checks, etc.) were outside the realm of the CinC's control. All he did was  deploy the troops, give orders, and commit the reserve. He sent the formations on their way - allowing his officers to do their jobs!

So we came up with Morale Napoleon. We played large games, multiple Corps, battles fought to a conclusion,and under two hours. The best thing was that after each game we felt that the game played well and that it felt right.

This is a great project and I'm in. Here's more info. 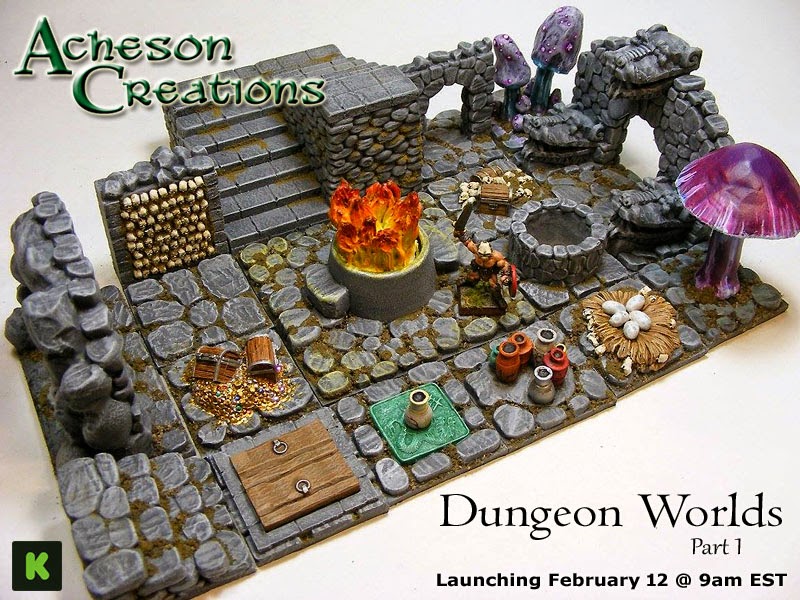 Since 2000, Acheson Creations has become a household name in high quality and inexpensive tabletop terrain with currently over 1000 pieces in production. All our terrain is produced in house so that there is production and quality control. With our Dungeon Worlds project, we hope to delve into new and fantastic frontiers and with your support we will be able to bring our creations into mass production for the gaming community.

Dungeon Worlds Part 1... means just that... there is more to come and I have nearly the first 25 masters completed for Part 2! These terrain tiles have been meticulously hand crafted and will be cast in an extremely durable urethane plastic and can be used with floor tiles from other leading brands. What makes our Dungeon Worlds different is our affordable pricing and large variety of designs.

Please come and have a look at some of our more unique designs like the Waterfall Gate, the Dragon Gate, the Sacrificial Fire Pit and Grimrokk the Rokk Beast to name just a few. Support us and there is much more to come!

Acheson Creations: Dungeon Worlds, Part 1 launches exclusively on Kickstarter on Thursday, February 12, 2015 at 9:00am EST. #DungeonWorlds is coming!
Posted by Ed the THW Guy at 13:02 5 comments:
Email ThisBlogThis!Share to TwitterShare to FacebookShare to Pinterest

Title says it all. 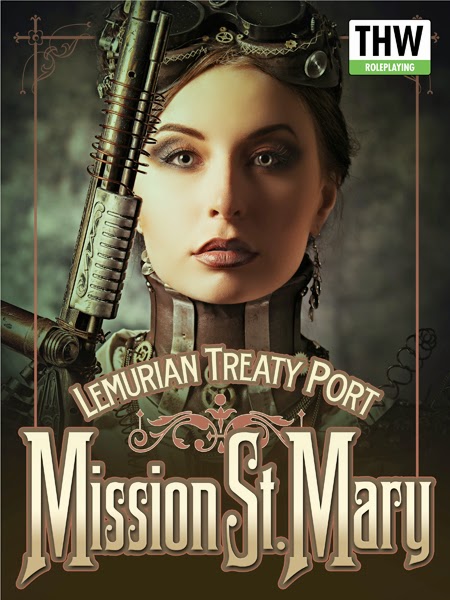 Posted by Ed the THW Guy at 09:03 No comments:
Email ThisBlogThis!Share to TwitterShare to FacebookShare to Pinterest

We assume that the unit commanders will make the best tactical decisions for their units.

So in this AAR I have two brigades of six battalions each - a small Division. My orders are to attack, so I deploy them in column and send them off, along with attached artillery, and two units of cavalry. They proceed into contact and at this point the unit commanders are in charge (dice rolled). 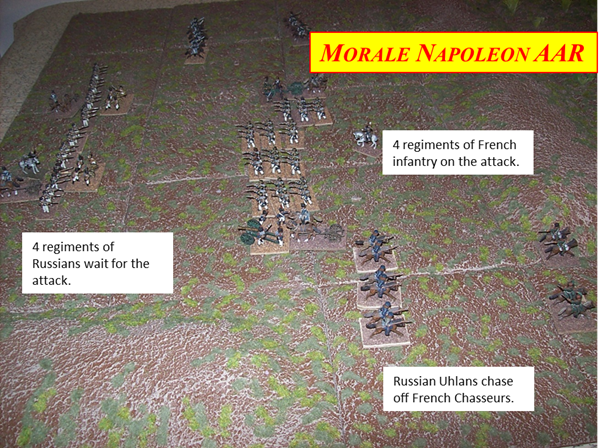 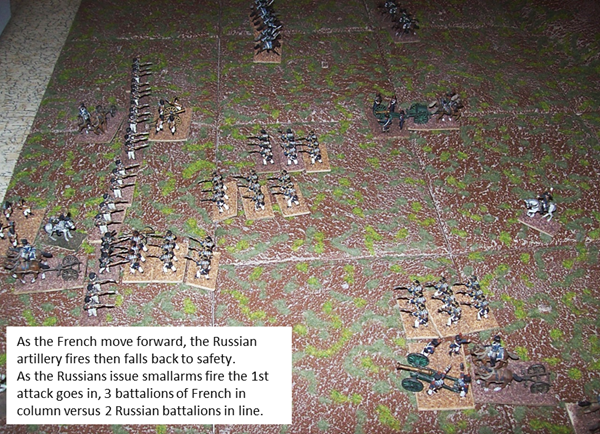 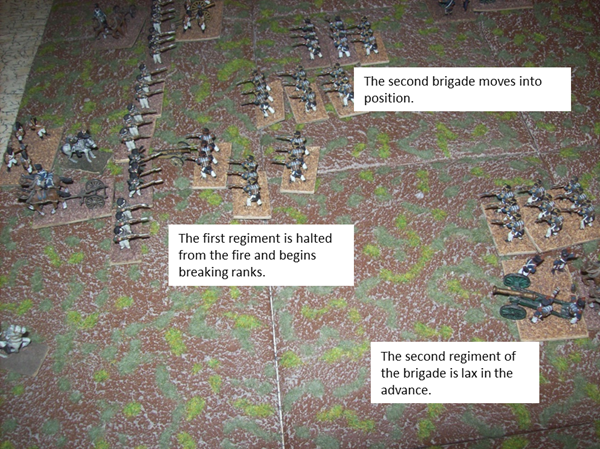 One nifty game mechanic that reflects the lack of control at the Army Commander level is using dice for movement. You roll 2d6 and depending upon the direction you are moving and what unit type is moving, you either add the scores, use the higher result, or the lower result. This gives you a degree of uncertainty that the actual Corp/Army commander experienced. 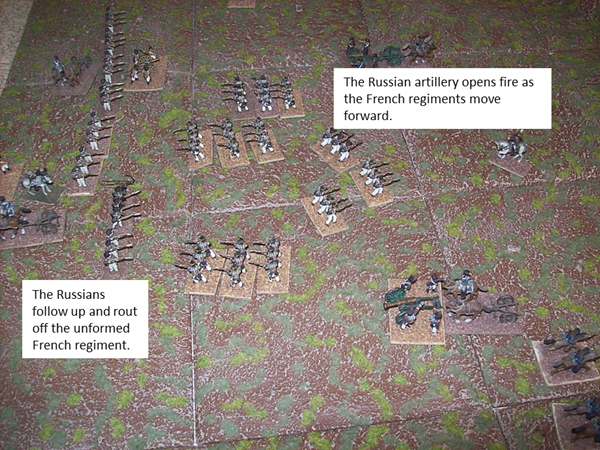 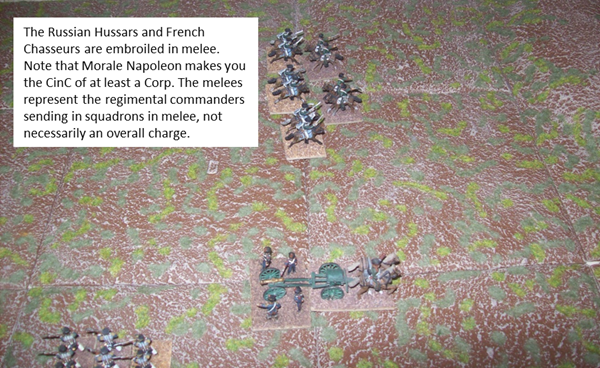 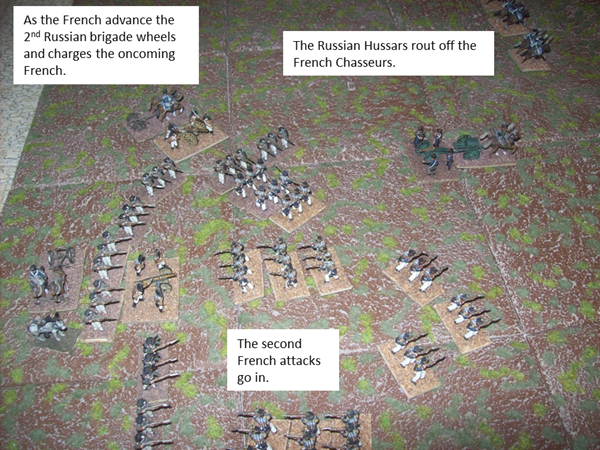 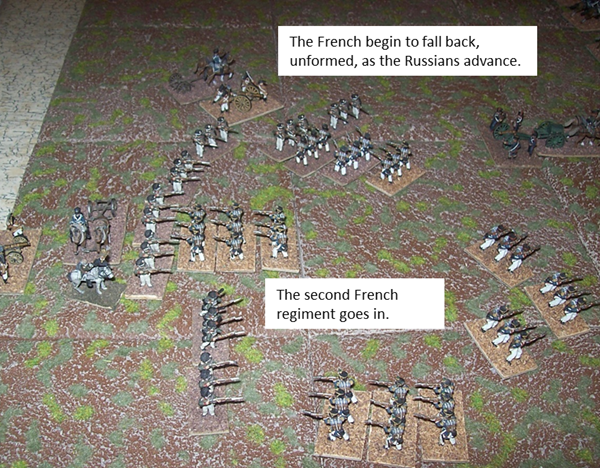 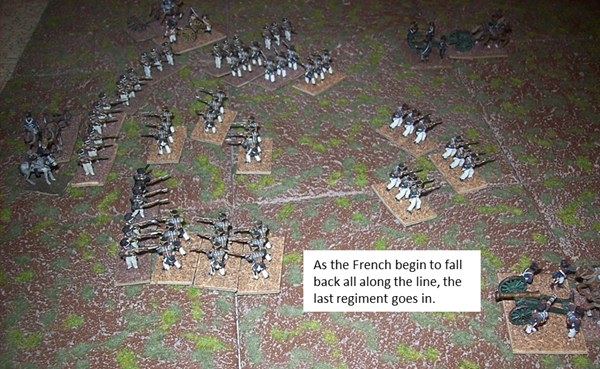 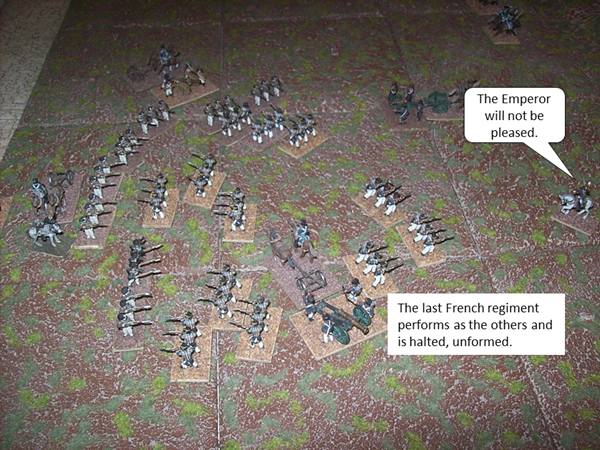 Fun to play and many opportunities to tweak the rules to better reflect different situations. Looking forward to my next game.