After the debacle with the Militia, the Star Marines are allowed to enter New Hope City. 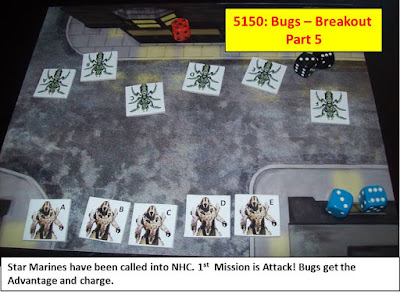 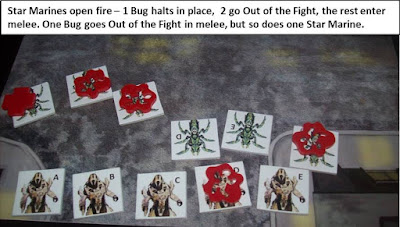 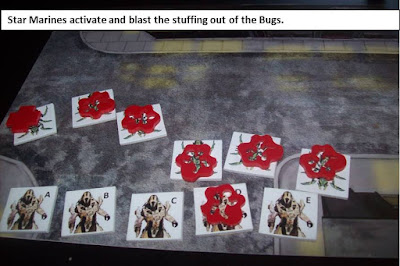 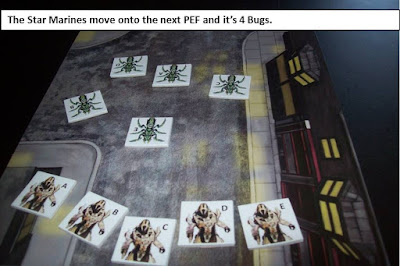 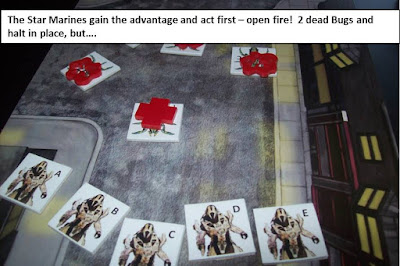 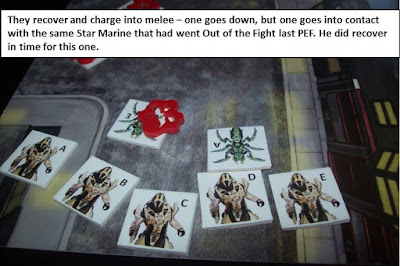 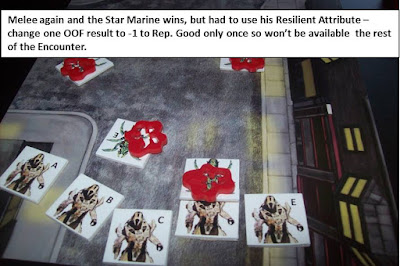 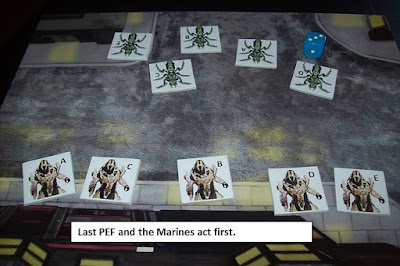 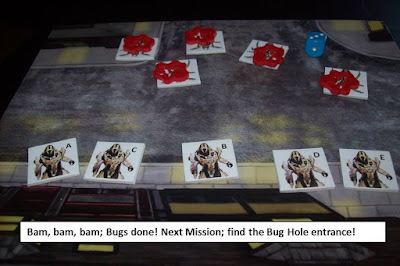 Although it was an easy Encounter three things stuck out.  One, the Exo-Armor Attribute Resilient saved one Marine, there were 3 Rep 5 Marines, and there were only 3 PEFs to resolve. Just saying... 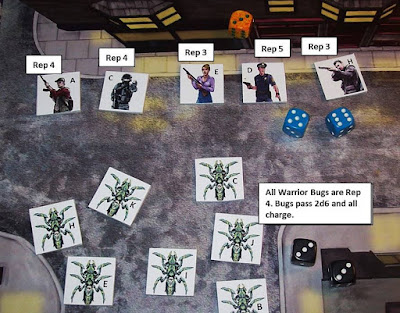 “You have a choice of course,” the Gaea Prime Diplomat said semi-insincerely. “If you want our aid, give us the rights to build an orbital Space Station, solely under our control, over
New Hope.” 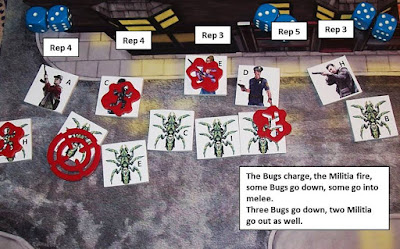 “That violates the Halverson Accord,” the City Mayor said. “Perhaps there’s an alternative?”

“Yes, yes there is,” the Diplomat replied. “You can all die from the Bugs; your choice.” 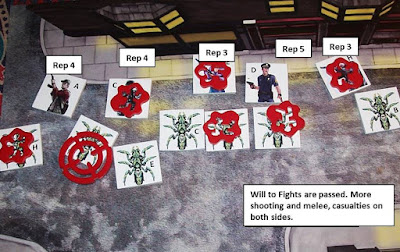 "Do what you want, just know it's your neck the people of New Hope will want when you fail." 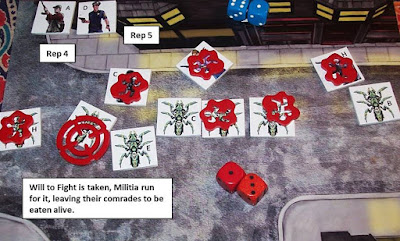 Two days later, the City Mayor's body was found on the streets of  the Downtown Area, dead from a "self-inflicted wound". Next day, the first elements of Gaea Prime Star Marines landed in NHC.
Posted by Ed the THW Guy at 17:19 No comments:
Email ThisBlogThis!Share to TwitterShare to FacebookShare to Pinterest
Labels: 5150 Bug Wars, 5150 Bugs - Breakout!, Two Hour RPGs, Two Hour Wargames 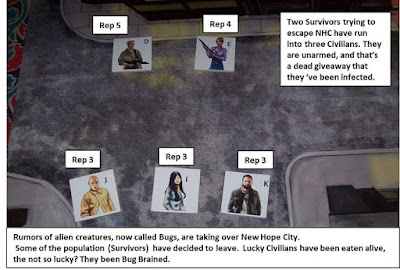 BUG BRAINED!
The Bugs are out and about and that means that from now on, Civilians could be Bug Brained! These battered persons have a wild and crazed look. They are crazy and are unpredictable,
but will always behave aggressively. This could be a fierce charge into melee or  a stunning mental blast. 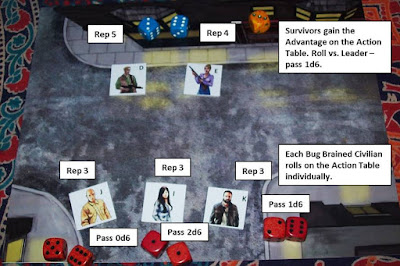 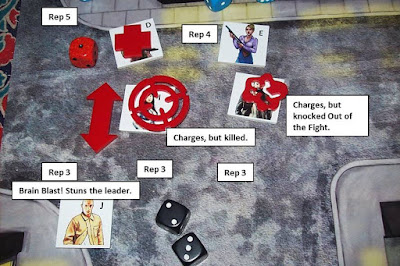 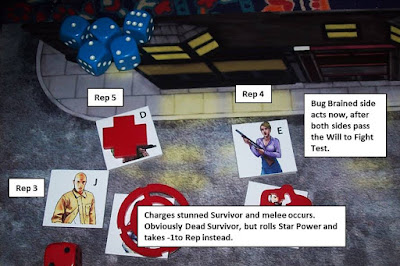 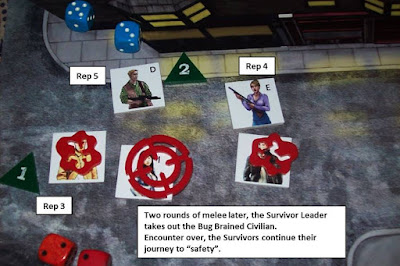 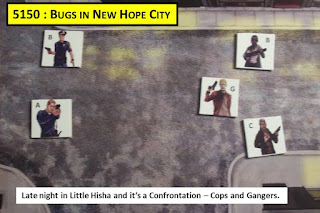 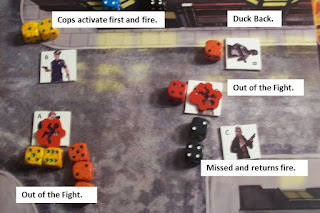 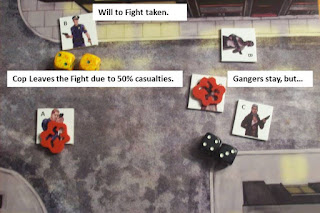 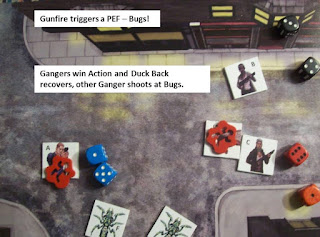 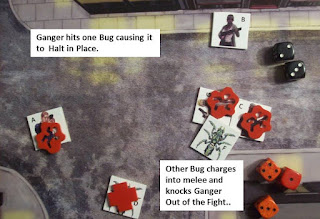 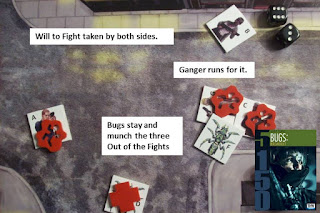 FNG Update - Hard Cover and in Color - Have pics?


Complete FNG is going to be a hardcover full color book. Looking for any color pictures of your Vietnam games and minis. Even those from other rules sets. Let me know at

BTW - You'll get credit for pics and maybe more.
Posted by Ed the THW Guy at 16:25 No comments:
Email ThisBlogThis!Share to TwitterShare to FacebookShare to Pinterest
Newer Posts Older Posts Home
Subscribe to: Posts (Atom)