Road to Lothgolin II (WHAT)

After safely reaching the border of the Elves forest, Eilif and his man dismount and try to sneak behind the Orc patrols to get in contact with the Elves.

This is a Defence Encounter played by the rules WHAT but with at twist. This time both sides, attacker and defender, are moved by the game's AI, and I'll be a third party trying to pass through the Orcs and kill as many of them as I can to help the Elves and have a favourable welcome. Eilif and his Ranger companion will start on turn 2 behind Orc units. Also, the three PEFs will be alrady loaded and resolved.

I am using new rules for weapons, armour and other things such as Combat Perks, Co-Stars, wounded characters, etc. from the supplement for WHAT,Crunchy.

All Elves are Rep 4. Archers with long bow, AC2, Marksman (3d6 for shooting). Fighters with two handed swords and AC4.

All Orcs are REp 4 except their leader who is Rep 5; their armour vary from AC2-3-4-5 depending on what they are wearing. The are all Rage (3d6 when charging into melee).

The Orcs entering in Lothgolin. 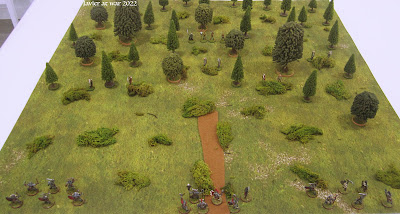 Elves keep their positions and then Orcs charge. Some are shot down but others reach melee and slaughter the Elves. 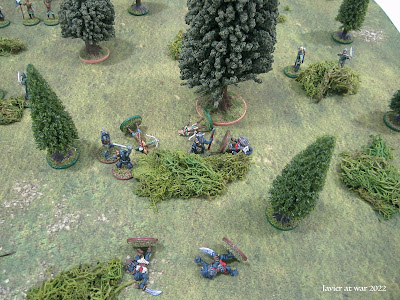 In the centre they suffer more casualties due to cross fire but they finally reach their target and eliminate it. 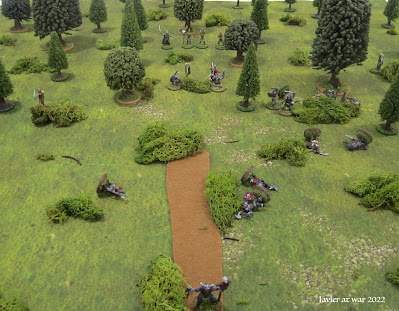 A closer view of the massacre. 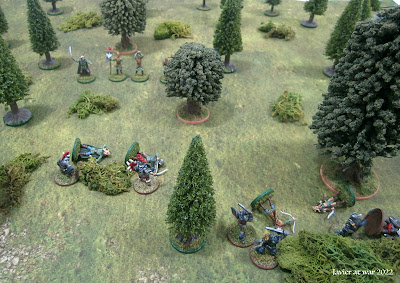 The Orcs on the left cannot reach the Elves and suffer a casualty while another ducks back behind some bushes. 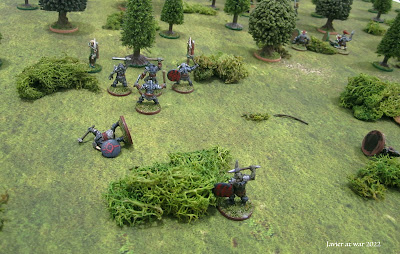 After killing the first Elves, the Orcs charge to another group but this time they are stopped with one shot down, another shocked and a third running away in panic. The one standing is killed later on the Elves activation. 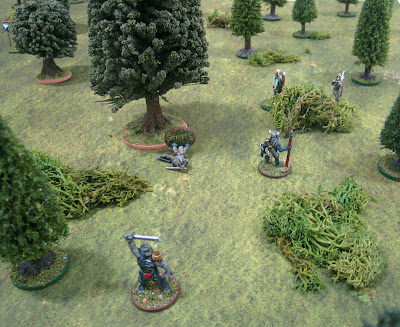 The surviving Orcs in the middle with their chieftain charge the Elves infantry, suffering both sides one casualty each and both holding their ground. 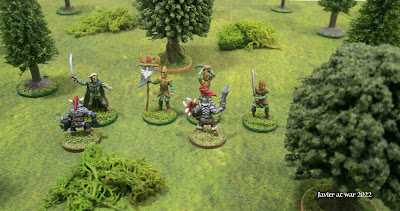 On the left the Orcs finally charge and kill the Elves but they pay the price too. 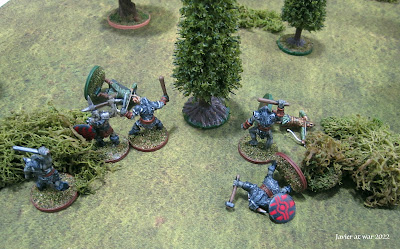 On the Elves turn Eilif and Arne enter the board behind the Orcs and kill two of them with their bows. 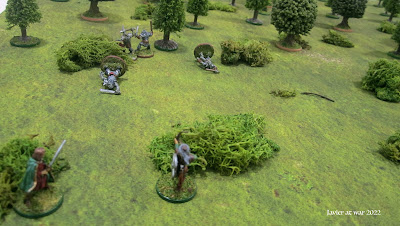 Elves do not activate and Orcs charge. Their leader kills another Elf and the succumbs overwhelmed by the Elf superiority in numbers. 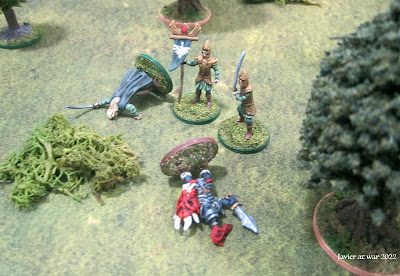 The surviving Orcs in the left flank charge Eilif. One falls before them but the other attacks Arne who is down Out of Fight. Then, Einar dispatches the last Orc and finally meets with the Elves. 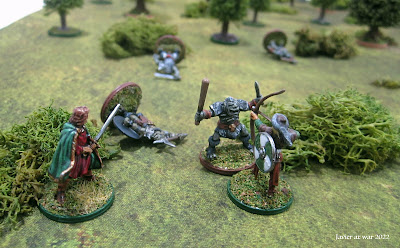 The Elves are happy to see them and very receptive. Einar is quickly taken to their lord to who he will speak on behalf of his king Einar for an alliance against the invading Orcs. 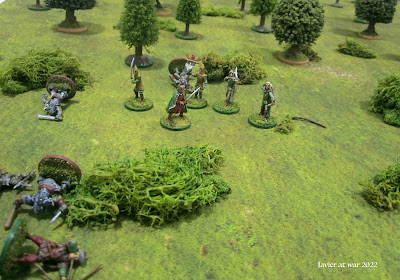 Posted by blacksmith at 02:42 No comments:
Email ThisBlogThis!Share to TwitterShare to FacebookShare to Pinterest
Labels: Warrior Heroes adventures in Talomir 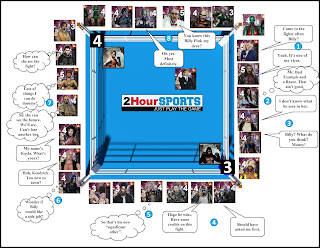 Posted by Ed the THW Guy at 09:36 No comments:
Email ThisBlogThis!Share to TwitterShare to FacebookShare to Pinterest

Kickstarter over and Fully Funded

Thanks to all. Here's a rundown of what's next for the Quick Play games:

As soon as the backers get their PDFs (November), I will offer them on the THW site. When they get their printed copies (January), I will post the print option on the site. As the PDF is given with the print copy, if you buy the PDF and send me proof of purchase you will get credited that amount to the print order.

Posted by Ed the THW Guy at 15:22 No comments:
Email ThisBlogThis!Share to TwitterShare to FacebookShare to Pinterest

Posted by Ed the THW Guy at 09:38 No comments:
Email ThisBlogThis!Share to TwitterShare to FacebookShare to Pinterest

Posted by Ed the THW Guy at 11:50 No comments:
Email ThisBlogThis!Share to TwitterShare to FacebookShare to Pinterest
Newer Posts Older Posts Home
Subscribe to: Posts (Atom)