The Battle of Fort New Hope was played with Muskets and Mohawks, a unit based French and Indian War set of rules. It was a continuation of a Long Rifle campaign. Long Rifle is a character based skirmish  adventure game of the same period. This game will use Long Rifle.

After the battle of Fort New Hope the British withdraw to the safety of the fort. But this feeling of safety is short lived. 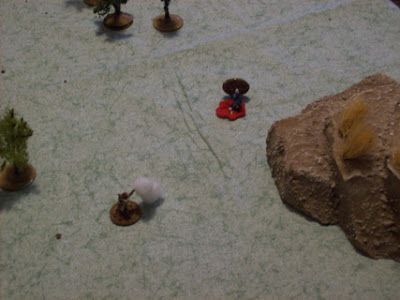 Ben heads out to the south of the table. He runs into a PEF that is a French Allied Indian. The sharp crack of the musket is followed by silence as Ben falls to the ground out of the fight. The warrior moves to take a Trophy. 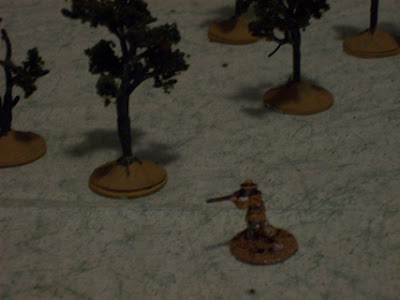 Meanwhile in the center of the French lines Pete Brown makes his way. 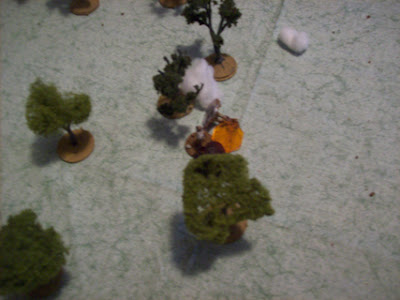 Suddenly an Indian warrior appears and Pete fires but misses. The Indian returns fire dropping Pete to the ground. Swiftly he moves to Pete to finish the job. 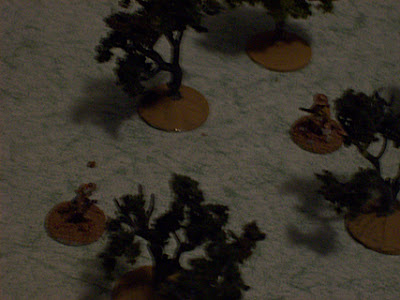 The last  courier is Thomas. Thomas hears something. An Indian warrior readying his musket! Boom! The bullet hits a tree next to Thomas who aims and fires. 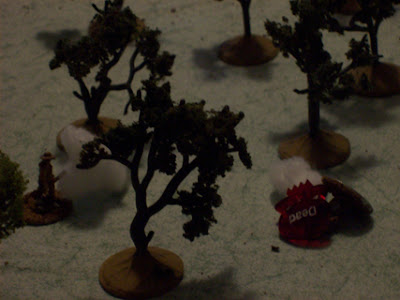 The Indian falls to the ground, obviously dead.  Thomas hears more noise and decides to move instead of reload. 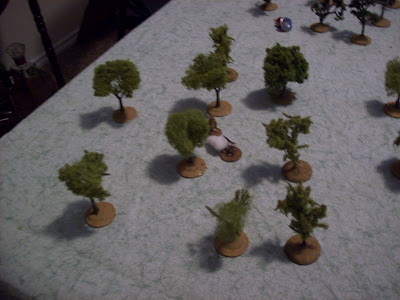 He runs into a second warrior who fires in haste but misses (Thomas used his Star Power to convert a Stunned result to Carry On). Thomas draws his tomahawk and charges the Indian. 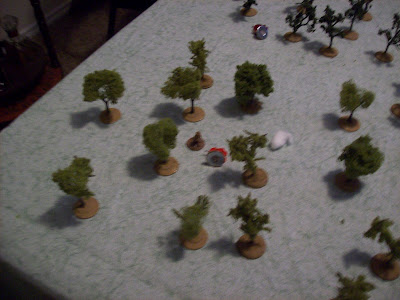 The fight is over quickly. The Indian drops to the ground cut across the throat. Thomas moves off the table and towards help.

The game was quick, over in 15 minutes. I already had the table set up from the New Hope battle so I figured to play the game ASAP.
Will Thomas make it to HQ?
Will there be a rescue attempt?
Can the fort hold out?
These questions and more will be answered in the continuing story of Thomas the Hunter.