Dear Lil,
Lemuria is a land of many peoples, climates, and cultures. Since my arrival at Mission St. Mary I have spent my days growing accustom to the weather (hot and wet, quite different than Avalook) and the people. St. Mary has a diverse population and is situated in a country called Nobelongga.
The Nobelongga are one of the Black Kingdoms and are a tall race. I look forward to my first patrol, we are to travel north to a village not far from here. I cannot wait, my first adventure!
Much love and send my regards to Mum,
William

The "Browns" 1 mounted Lt. Rep 5, 1 NCO Rep 5, 14 soldiers Rep 5.
The enemy, as of now three PEF markers, PEF standing for possible enemy forces.
The objective is to proceed to the village with the intent of forcing the tribe to react and reveal their true intentions. 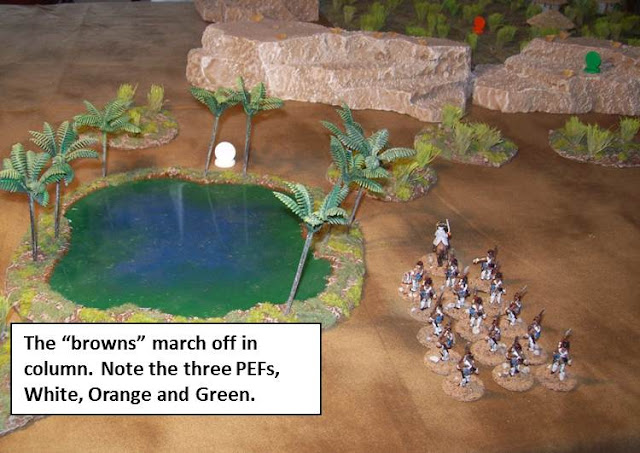 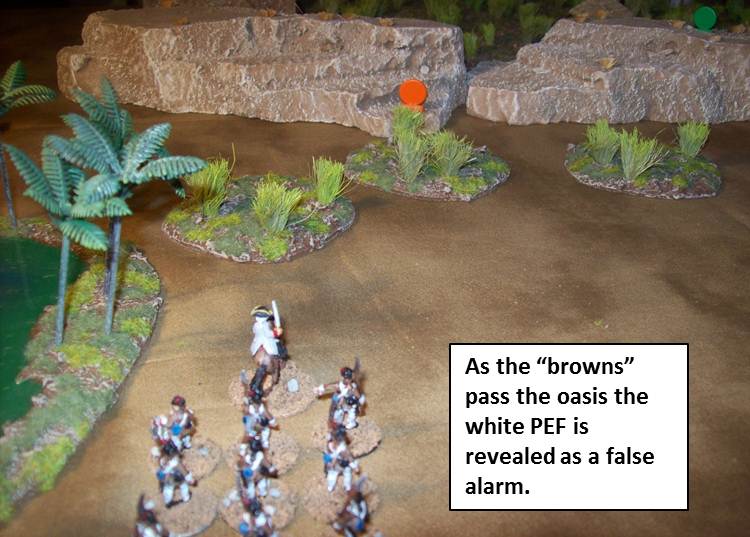 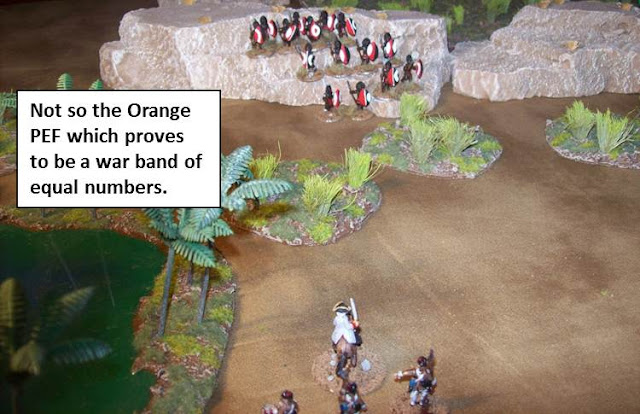 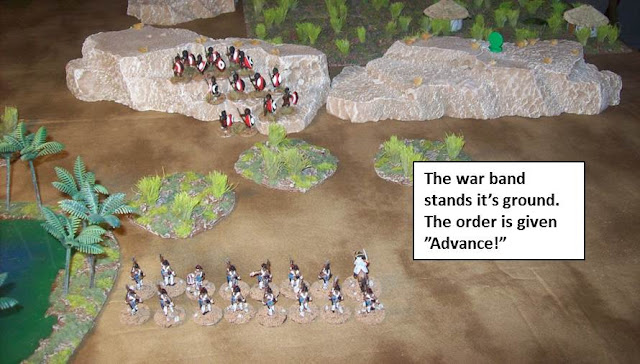 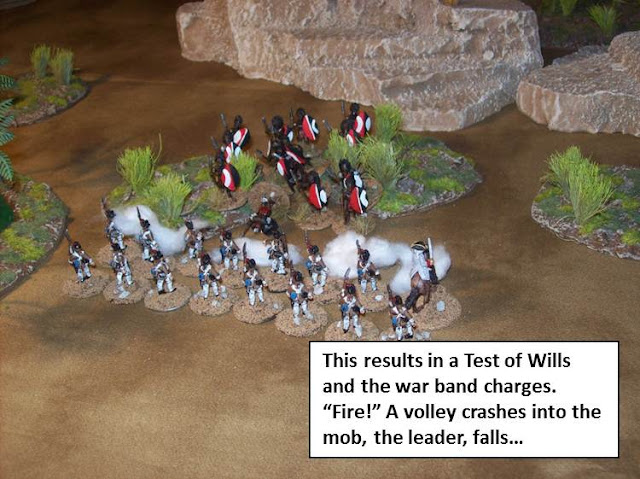 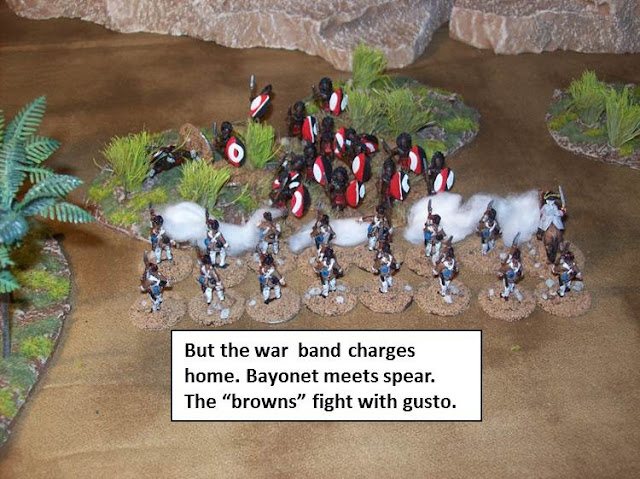 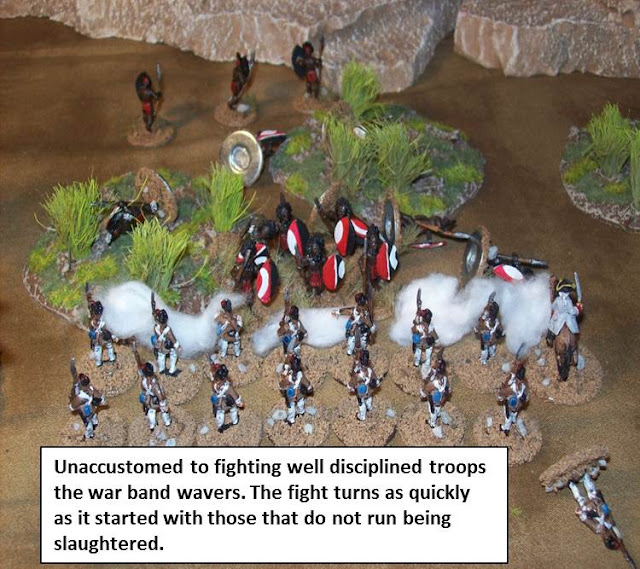 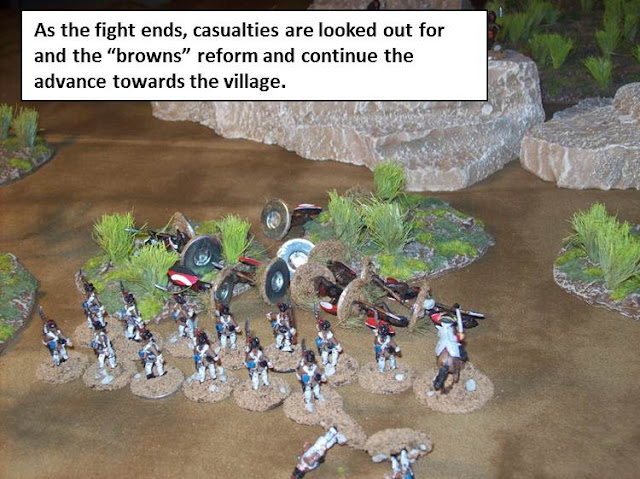 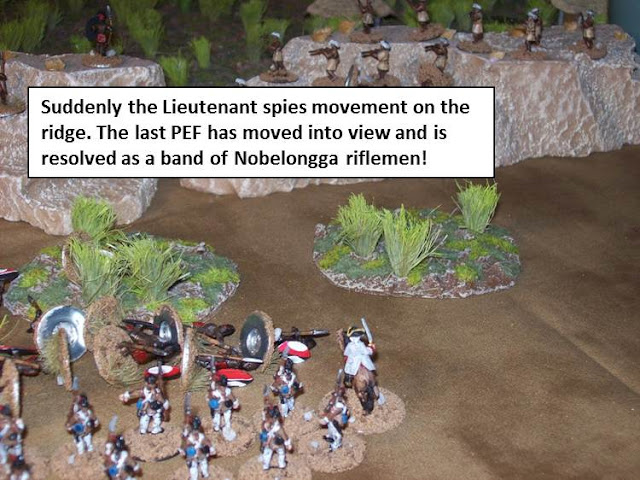 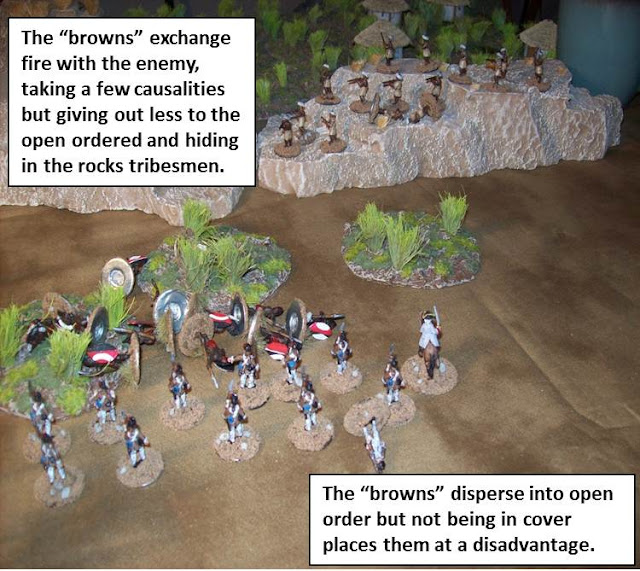 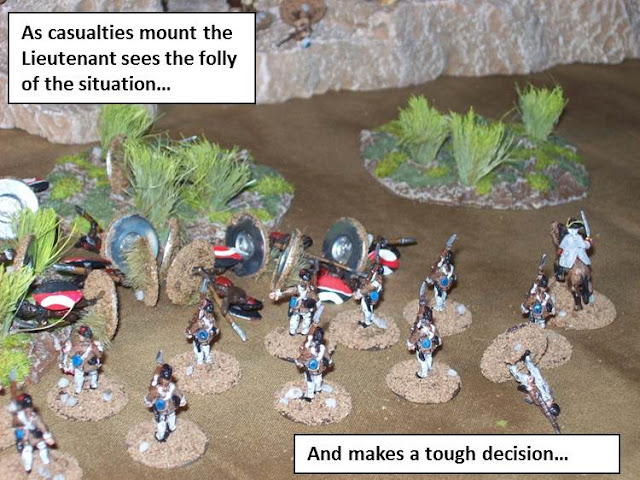 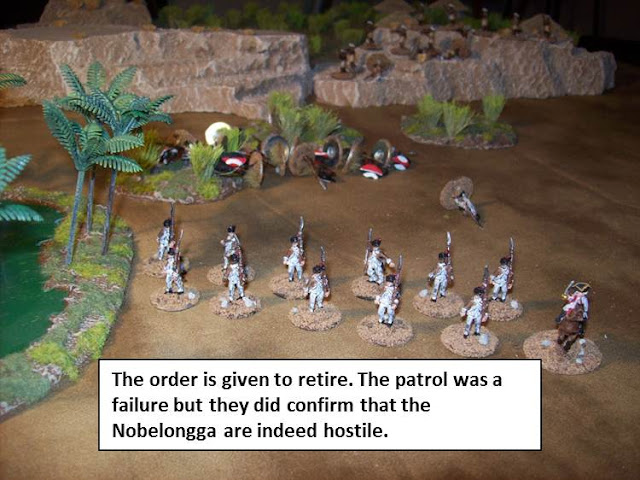 The Patrol was not successful. This results in Major Morale for Avalook dropping down to 2 from the original 3. Word of the victory spreads among the tribes and morale increases to 4.
The "Browns" retire to a small stone outpost north of Mission St. Mary. A unit of Native troops (Askari - Rep 4) arrive at the outpost. The two units, under the command of Lt. Wordsworth will defend the outpost should the Nobelongga proceed south.