Last time Mack and I pitted 38 small ships against 1 large ship. We tweaked the points and gave it another go. 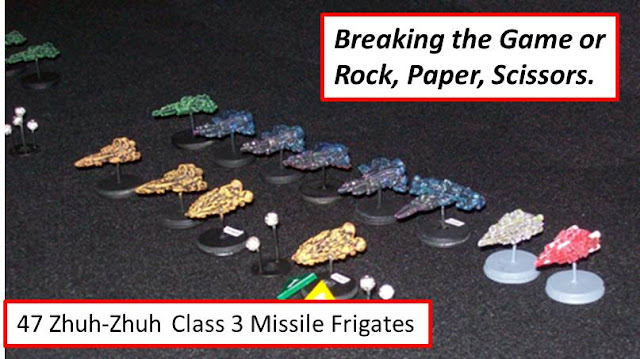 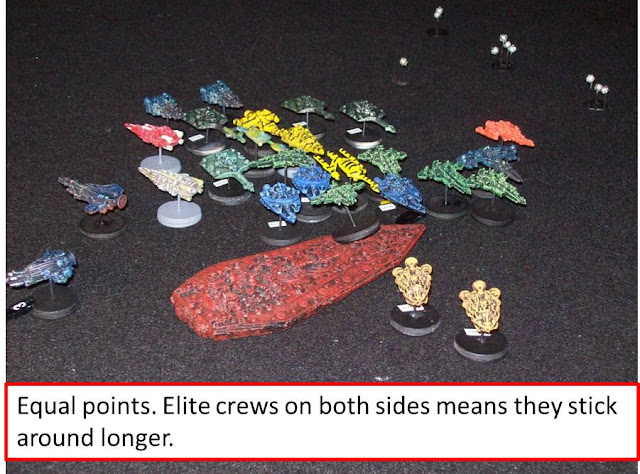 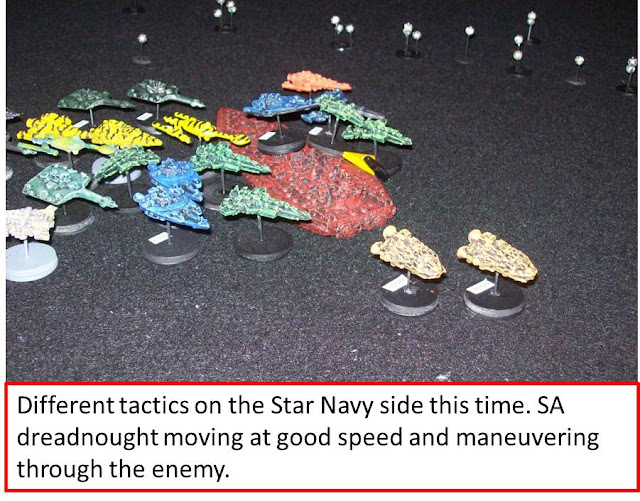 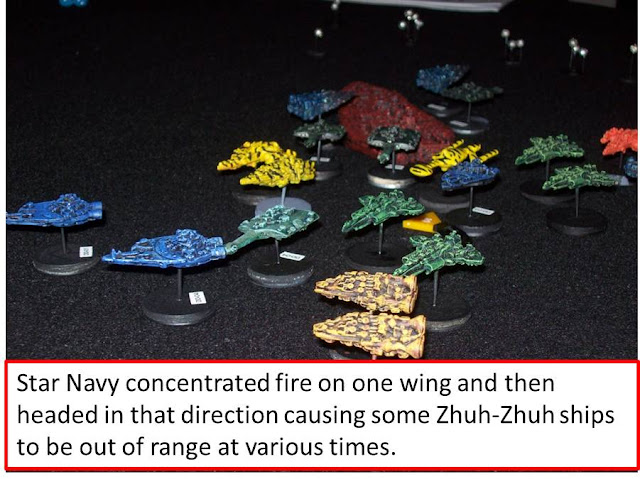 The Star Navy Dreadnought took an engine hit and broke off the fight. We continued as if it didn't happen to see what would happen but it went like we expected. The Dreadnought was pretty damaged with the AA reduced to half so overall it was a pretty good battle with about one third of the Zhuh-Zhuhs destroyed and one third breaking off from the fight.

So can you break the game? You bet, you can break any game if you want to, especially one where you can design your own ships. But it's a game of rock, paper, scissors. If you guess right you win but guess wrong, build the wrong type of ships, and you can lose pretty badly.

But with 10 different fleet types there's a wide variety of ship designs and the campaign rules will be included as well.
Posted by Ed the THW Guy at 12:45
Email ThisBlogThis!Share to TwitterShare to FacebookShare to Pinterest
Labels: 5150 Star Navy, AARs, Two Hour Wargames