Next turn and Americans activate first. 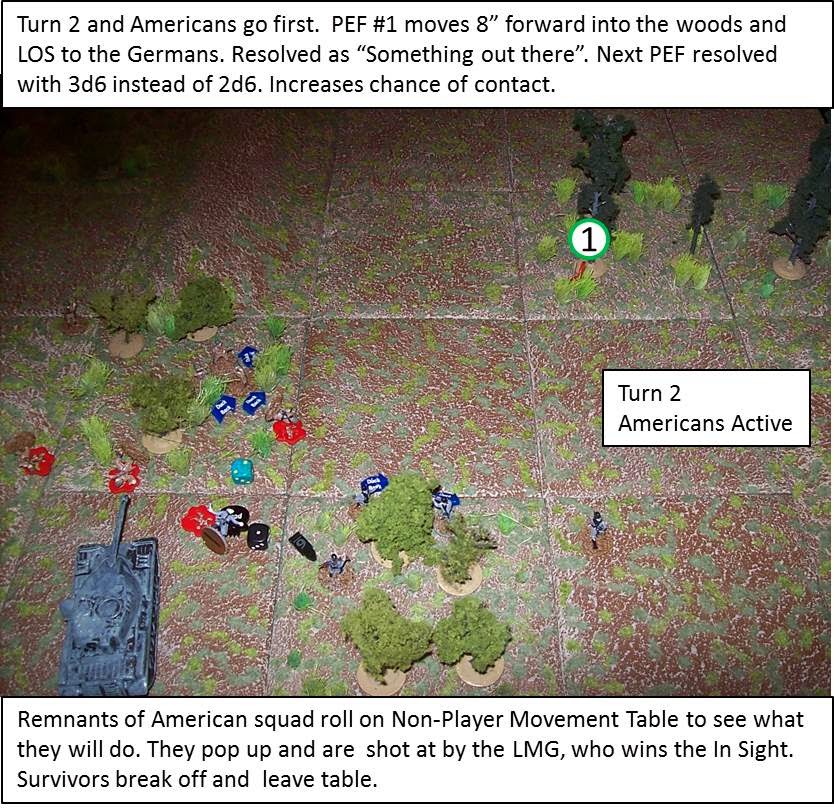 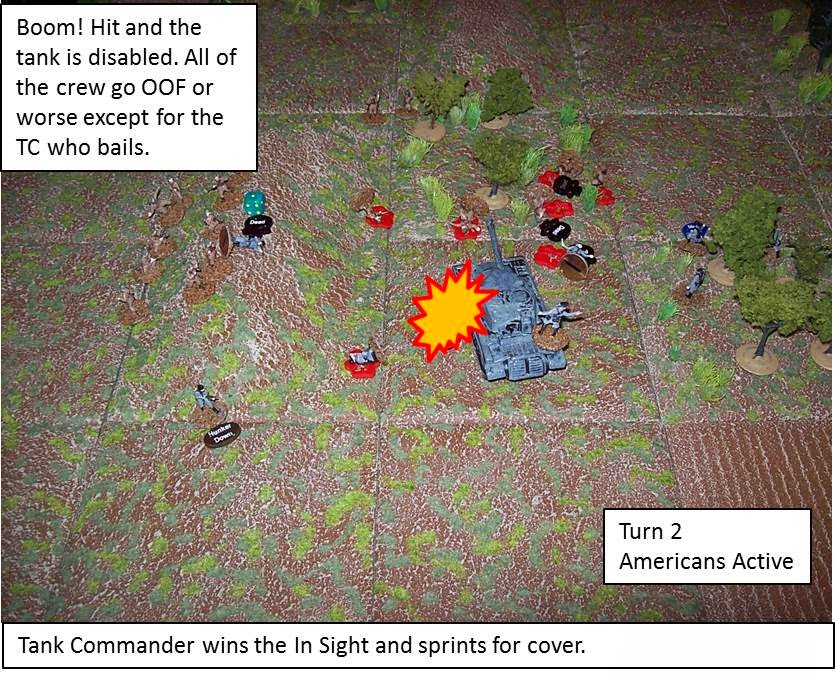 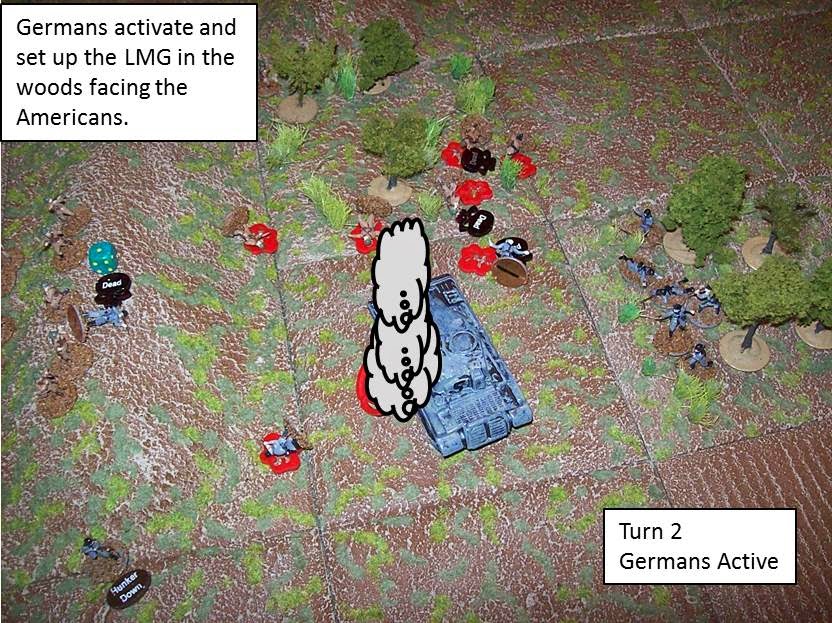 Observations
It was bad luck the Americans getting reinforcements but truthfully my tactics left a lot to be desired. I needed to screen the tank better and should have stayed in the open. Getting into the dense terrain where the enemy could get close without being seen was a major mistake.

My initial concern was being in the open and the enemy firing from cover but the tank would have made short work of that and it could have been used as cover.

Overall the rules played smoothly, a couple of things came up that the rules handled but I wanted to bring attention to them so have added a page called "Tank - Finer Points". It's included in the book away from the rules to cause the reader to focus on them and not miss them while reading.

Once again I misjudged the Artificial Intelligence and solo play game mechanics and found myself reactign to what they were doing instead of the other way around.