Jake, Corky, Sarah and Jack went missing and two intrepid parties went looking for them. They found Jack, but that's another story... 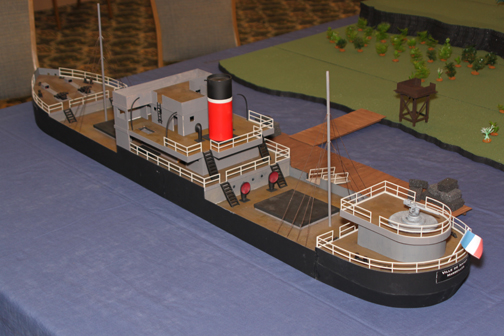 Here's the Ville de Nancy scratch built to 28mm specs by Mark Mod down New Orleans way. Pictures do not do it justice and it was an honor being able to run a demo game with. Kind of set the bar pretty high as well! 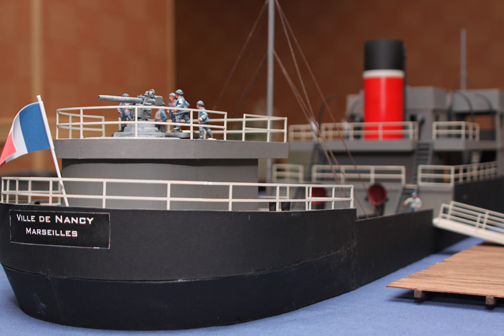 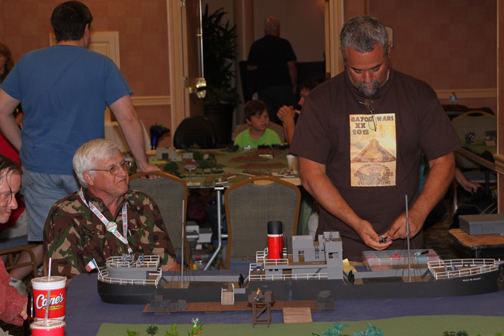 A truly awesome piece of work. 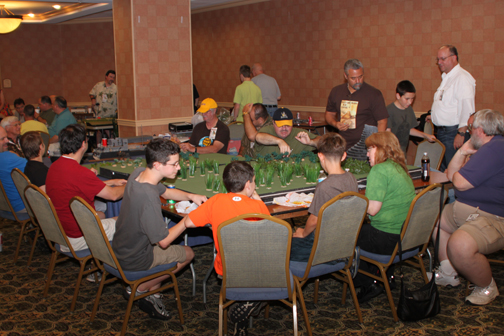 Game was for 8 people and 16 showed up. Easy peasy, just run two parties of eight and split the objectives. FYI - I never close my convention games so if you're at one and want to play, just step right up. This was a blend of Larger Than Life and Chain reaction 3.0 the Final Version. Download it here for free. 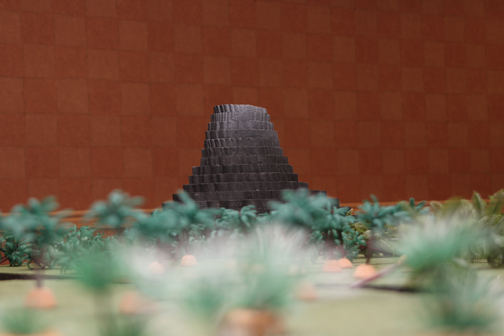 The volcano can be seen off in the distance. 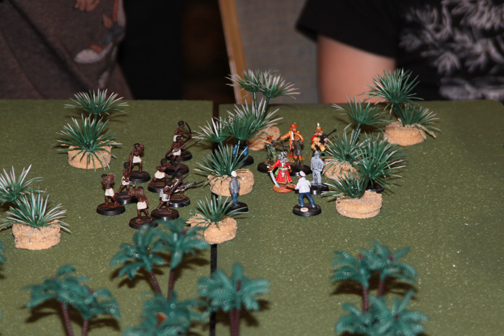 The natives were friendly...right up until they shot a few. 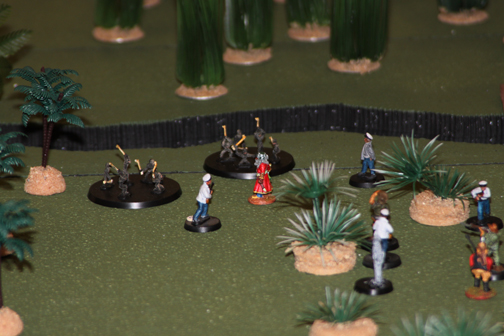 They thought the little monkeys were cute...right up until two of them were knocked unconscious by thrown stones. But shots in the air scared them away. 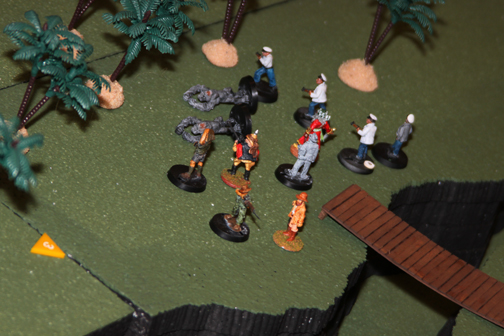 The next time the monkeys brought their big brothers...no problem! 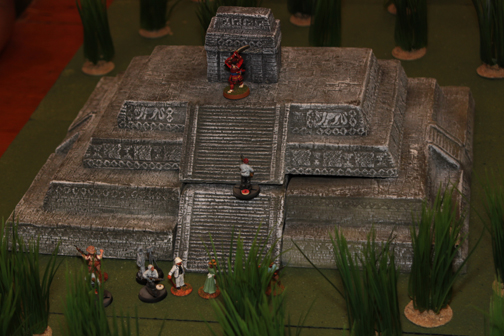 The other party found their way to a lost temple guarded by a samurai who looked pretty familiar. He convinced them to leave and they did. 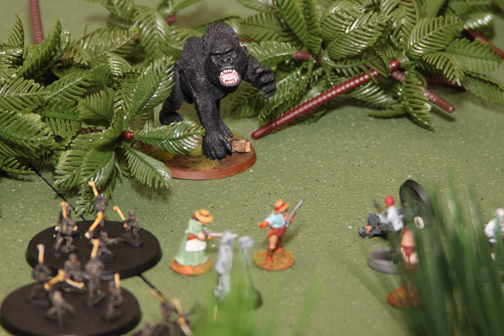 Ran into the monkeys again except this time they brought a friend. 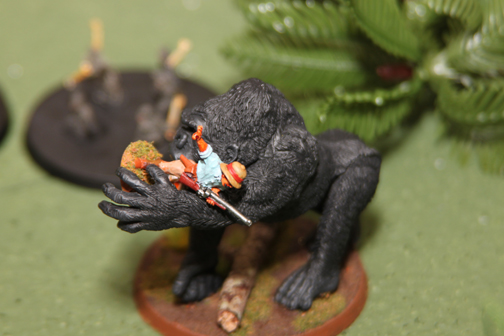 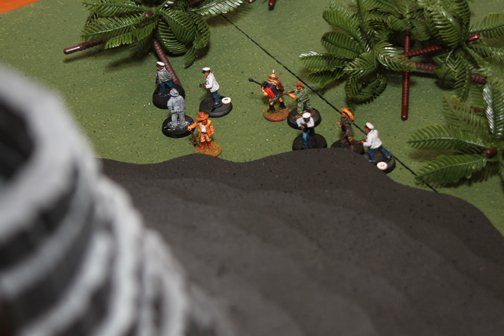 Anyway the other party reached the volcano and .... well that's for another time. All in all a great game!