The Eternal Free Press has obtained footage of a major battle that occurred within the last 48 hours between the Hishen Imperial Navy and Gaea Prime backed mercenaries. The actual location of the battle cannot be confirmed but EFP reporter Ashlynn Cooper has confirmed her sources.

The engagement was between thirty plus ships and resulted in the destruction of the Free Company fleet. When asked for comment the Hishen Ministry of Information reported that there had been an action near one of their colonies but "The Hishen Imperial ships acquitted themselves with honor and glory, destroying numerous ships including the flagship of the pirate fleet." 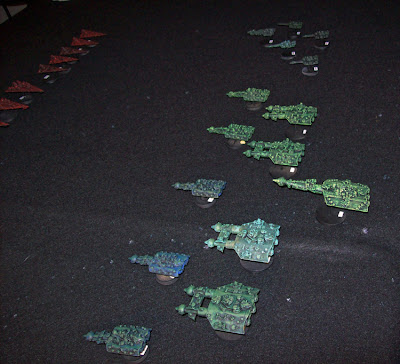 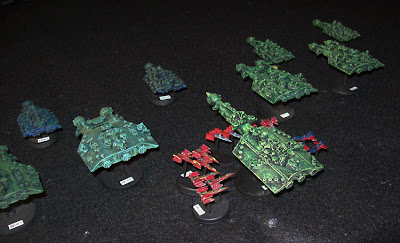 Pirate fighters meet their doom at the hands of brave Hishen sailors. 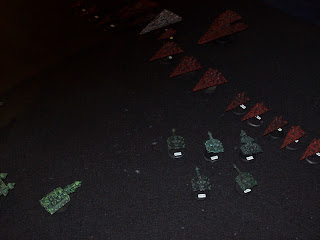 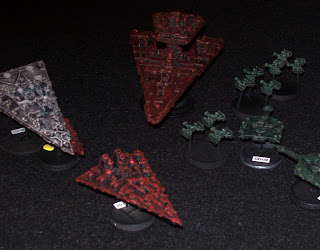 Hishen fighters and destroyers apply the coup de grace on the pirate flagship.

When reached for information the Gaea Prime diplomats questioned the validity of the information pointing out that the reporter, Ashlynn Cooper, "...has not been heard from for quite some time. Perhaps she has decided a career change was in her best interest."