"Good day Citizens and friends," the dour man began. "I'm here today to discuss and dismiss the rumors of an incident at the Artificial Transit Portal located at coordinates 4-4-3 also known as the Tannhauser sector. A you may not know this sector is devoid of life and GP presence and is only a minimal use ATP. To say that there could be any type of activity there is ridiculous." 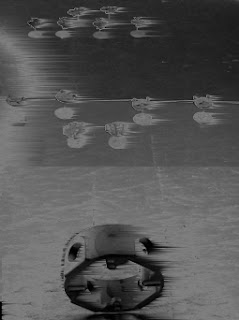 "As you can see by these images transmitted by VCM there was a malfunction  with that ATP causing the appearance of ships in the sector. Yes, Ms. Cooper, question?"


"Ashlynn Cooper of the Eternal Free Press. So what you're saying is that these images are actually from inside the ATP?"

"That's correct. These are actually ships somewhere inside the ATP, in transit to unrelated destinations."

Ashlynn nodded and continued. "So the reports of activity near the ATP are mistaken. That it was actually a malfunction of the ATP that caused images of ships that were in transit inside the ATP to appear in the sector. That there actually weren't any ships present? This is the official explanation of what transpired?"

"That's correct," the official replied with a smile.

"I see," Ashlynn reached inside her pocket and pulled out a Holojector, raised it up and turned it on. Instantly the room was filled with sight and sound as Vid-Cap of ships in combat flooded the room. "Then how do you explain this?" 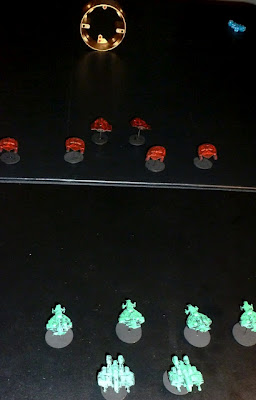 Security officers rushed to jam and remove the Holojector but it was too late. The Images had already been uploaded to the net and were being viewed by millions. As Ashlynn was led away her attorney was waiting for her at the closest police station. But she never arrived...