The Normans had a Campaign Morale of 2 before the Siege began, the Fantasy Army - 3. This was based on the battles previously fought.

In Captains and Kings when a siege starts, both sides have a Siege Morale equal to their Campaign Morale. As there are up to 5 scenarios for a Siege, this morale can go down after each fight. When one side or the other reaches "0", the siege is over and the loser has their Campaign Morale drop by 1.

After the failed assault the Norman Siege Morale dropped to 1. The next lost would have them give up the siege. With this in mind, the Fantasy Army looked forward to the next battle. A raid on the Normans in hopes of burning down their siege equipment. The raid was planned for the next day...during the day. 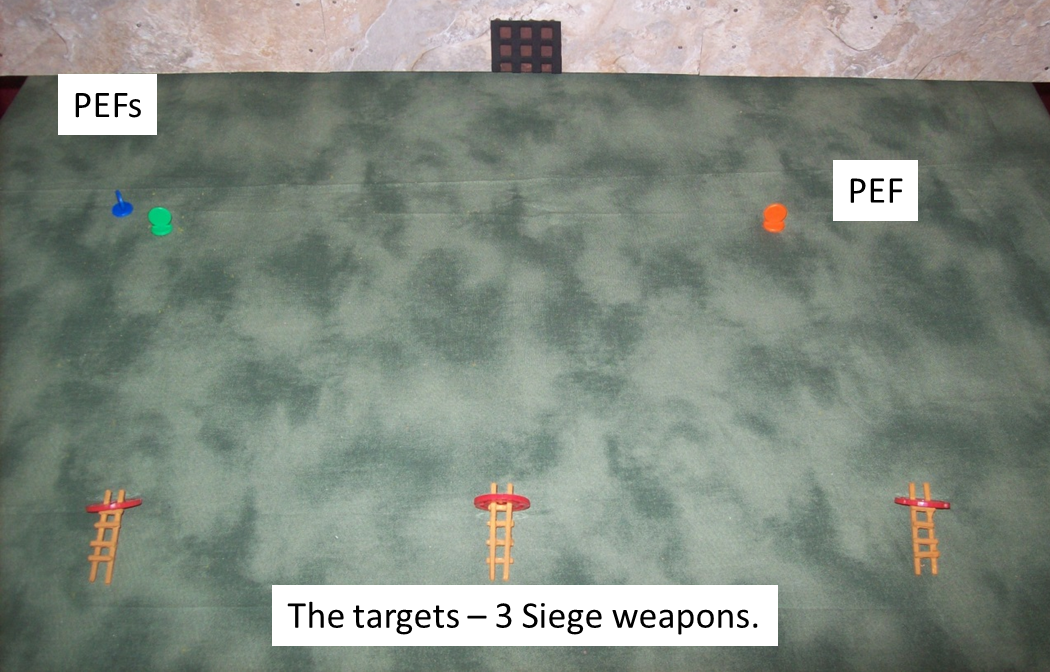 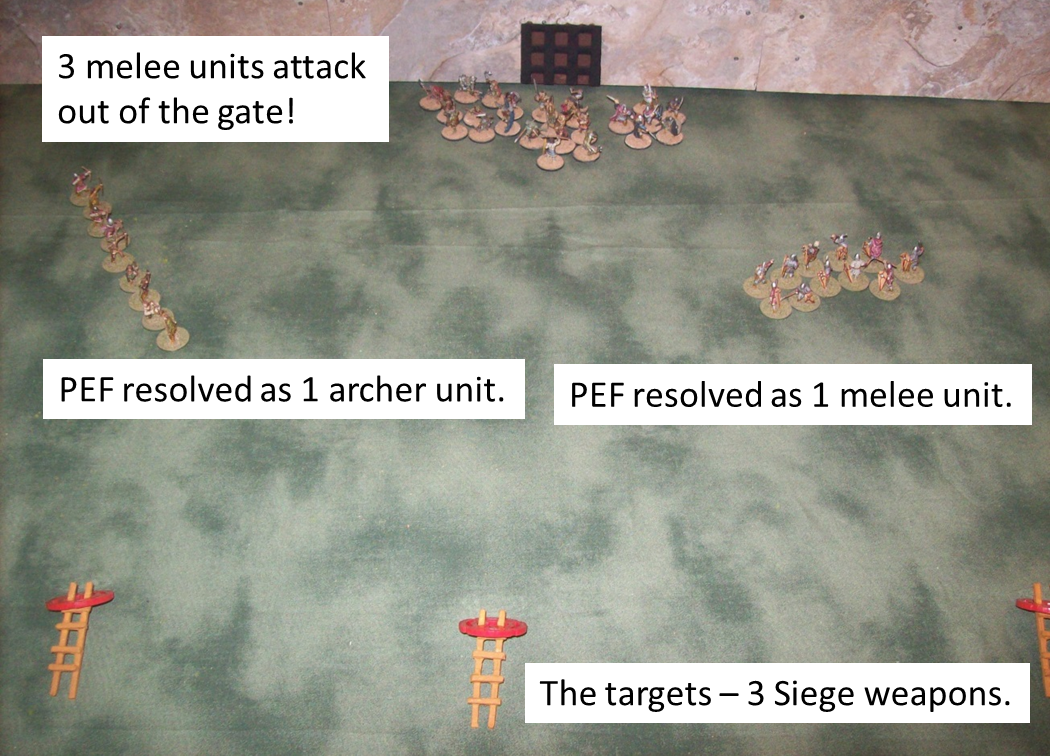 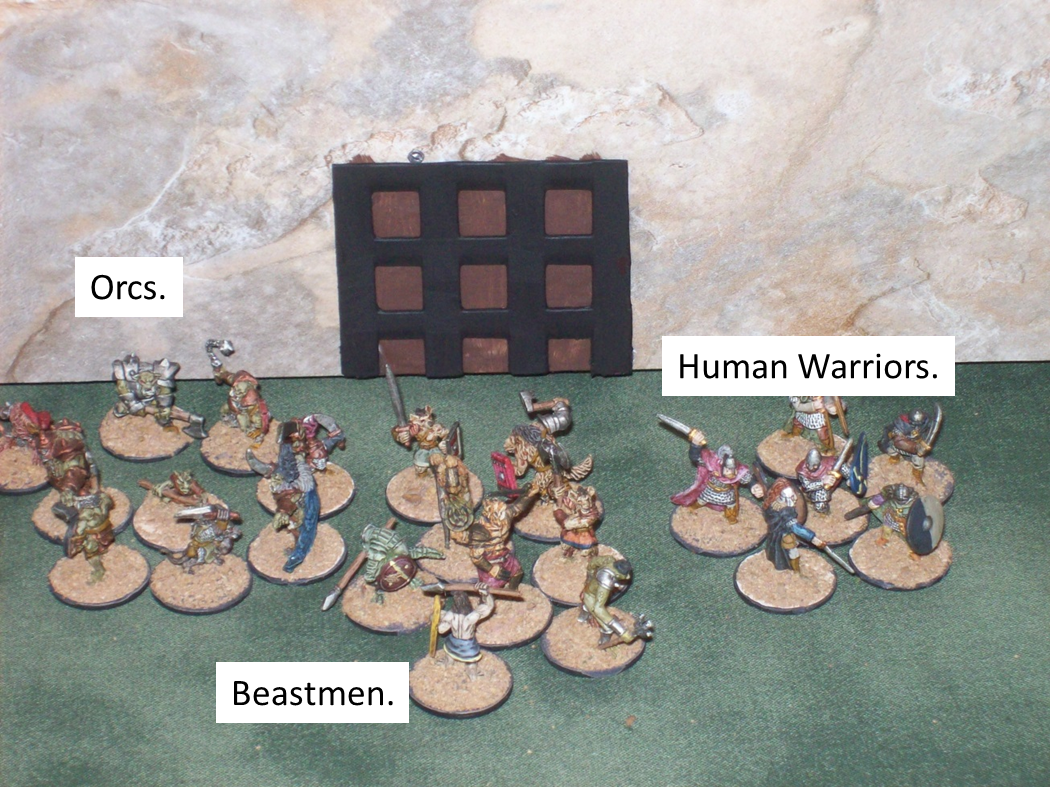 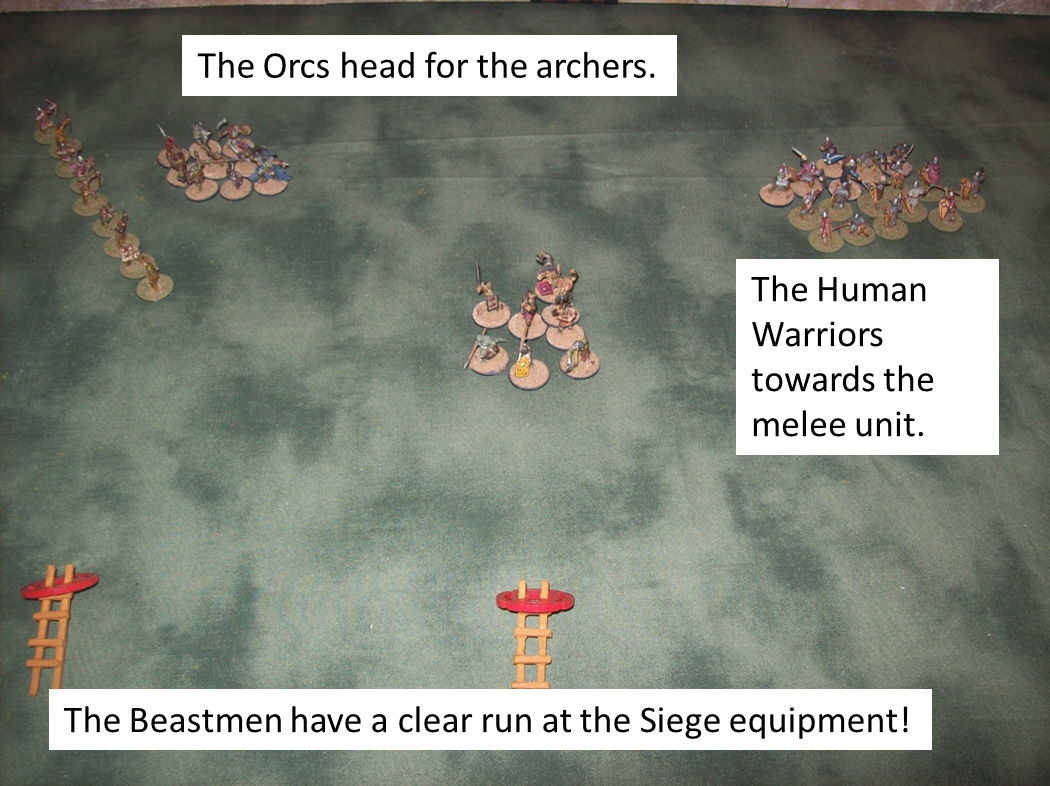 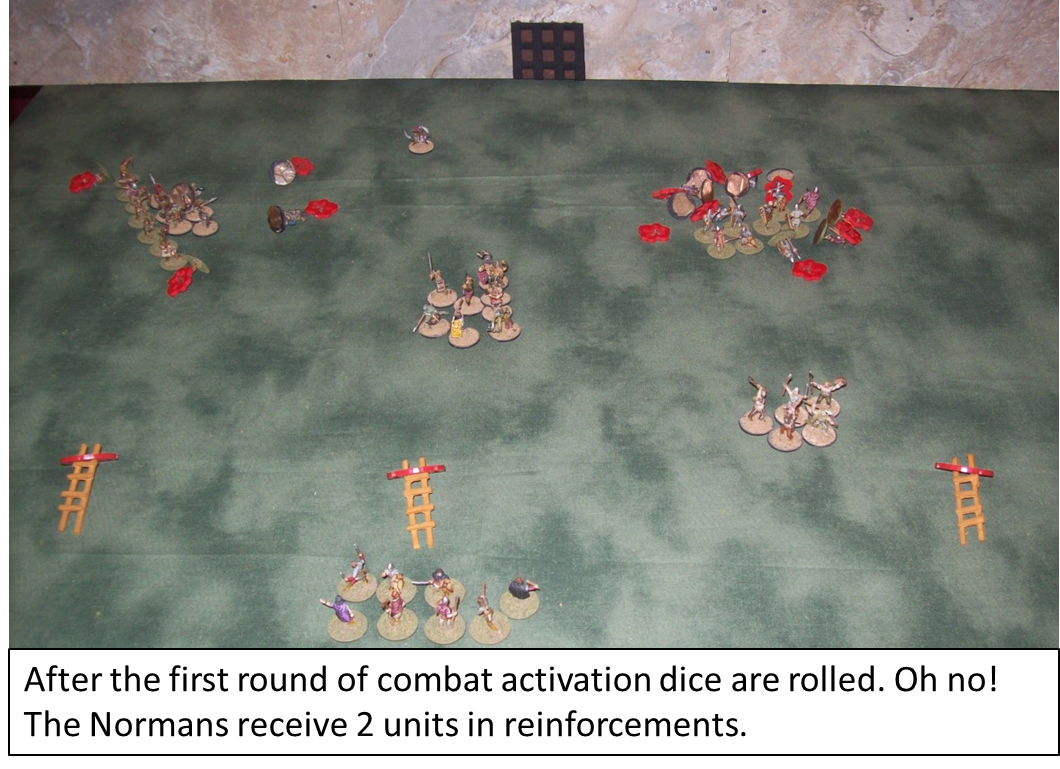 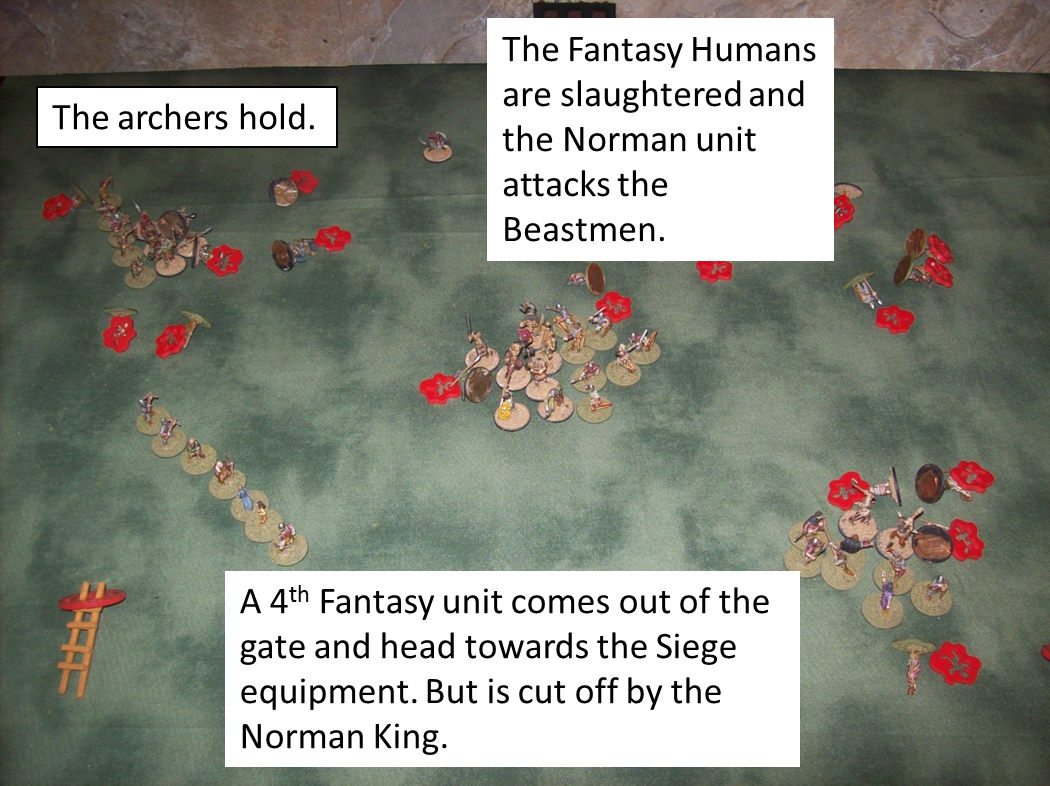 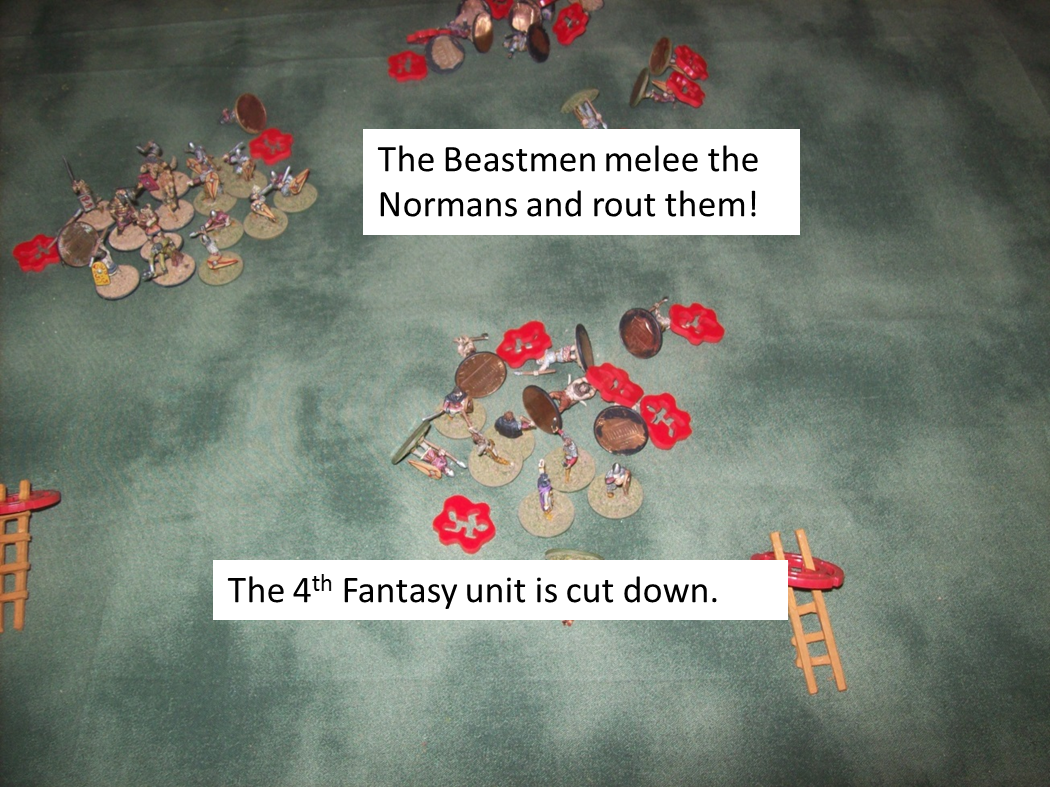 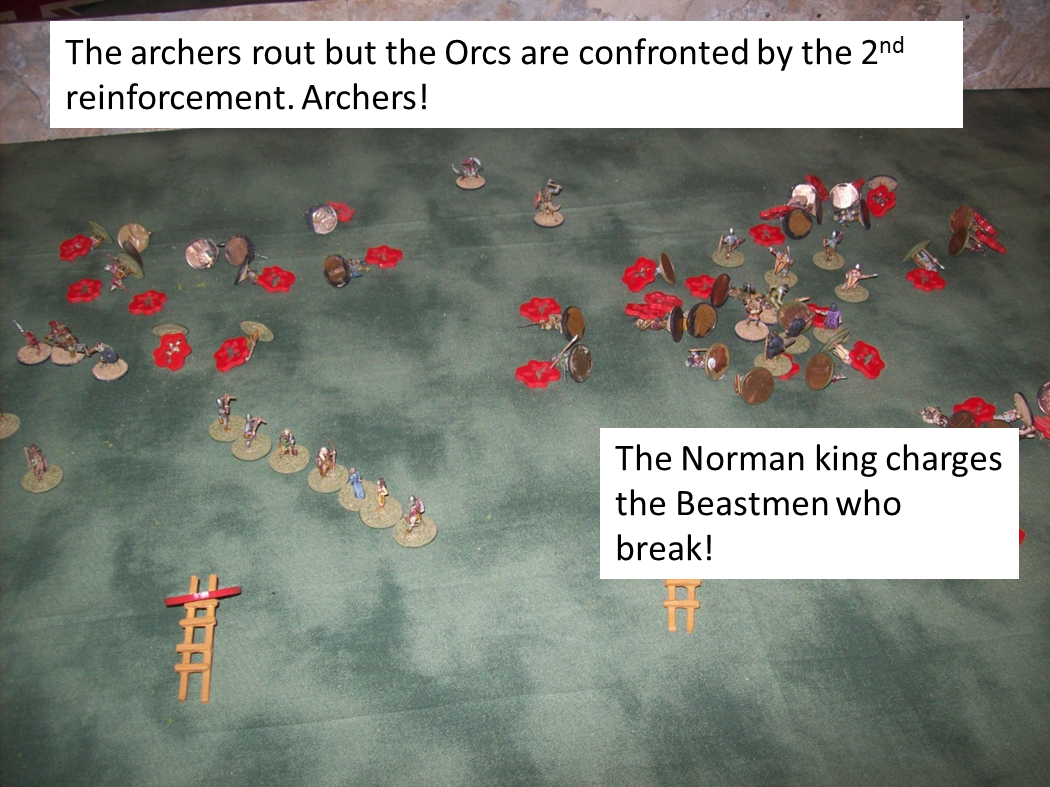 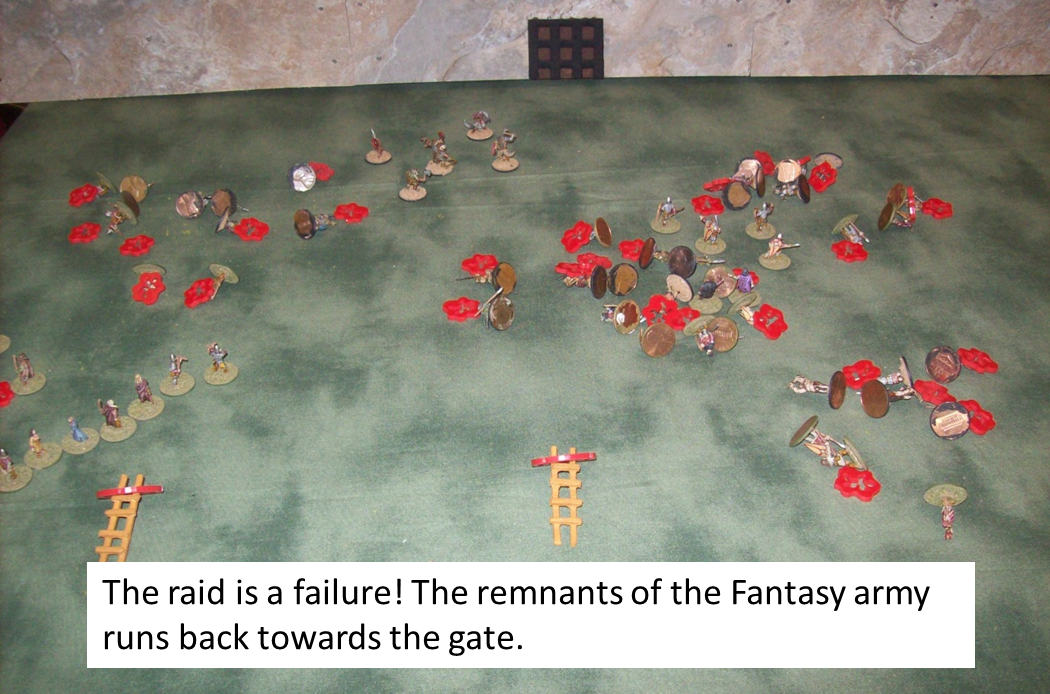 The Normans got lucky. There was a 50/50 chance of it being a night raid but it was a day raid. A lack of visibility would have helped the Fantasy Army. Then rolling for Reinforcements so quickly in the game and the Normans getting 2 units was tough. Now the Fantasy Army had lost the element of surprise and numbers.

Rolling them up at random, the King and Foot Knights showing up sealed the deal. This was an important battle. With the Normans having all three siege weapons intact, if they can reach the 5th battle, they are guaranteed a 3" breach in the wall. 1" for each siege weapon.

Siege Morale can only go down and the Fantasy Army drops to 2. The Normans stay at 1, they can;t go up as a siege would be as hard on the attackers as the defenders.


Posted by Ed the THW Guy at 18:20
Email ThisBlogThis!Share to TwitterShare to FacebookShare to Pinterest
Labels: AARs, Captains and Kings, Two Hour Wargames