Previously in the Campaign

Like all THW games, the upcoming Captains & Kings game has a campaign system. Each army (there's 12, but there are many more coming for free) has a starting Campaign Morale of 3 or 4, and one of 3 Motivators - Conquest, Religious, or Loot. After each Battle both sides roll 2d6 versus their Campaign Morale and depending upon how they did, their morale can go up or down.

Before the last battle both armies had a Morale of 3. After their loss, the villagers Morale dropped to 2, while the King's men stayed at 3.

There's also a Next Battle Table. Depending how the last Battle went and what it was, it tells you the next Battle. For the Normans it would be a Raid as the attacker. The villagers? A Raid as the defender.

And that's what this Bat Rep is about.
The Normans objective is to burn down the village while the villagers objective, defend the village. 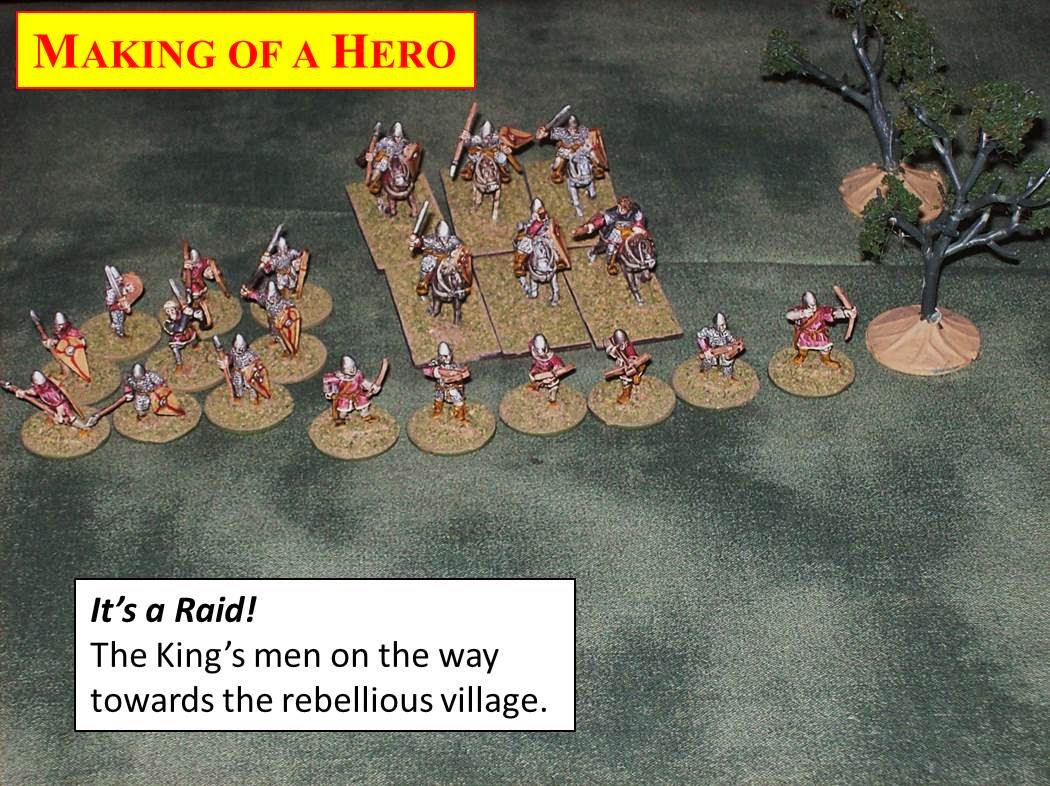 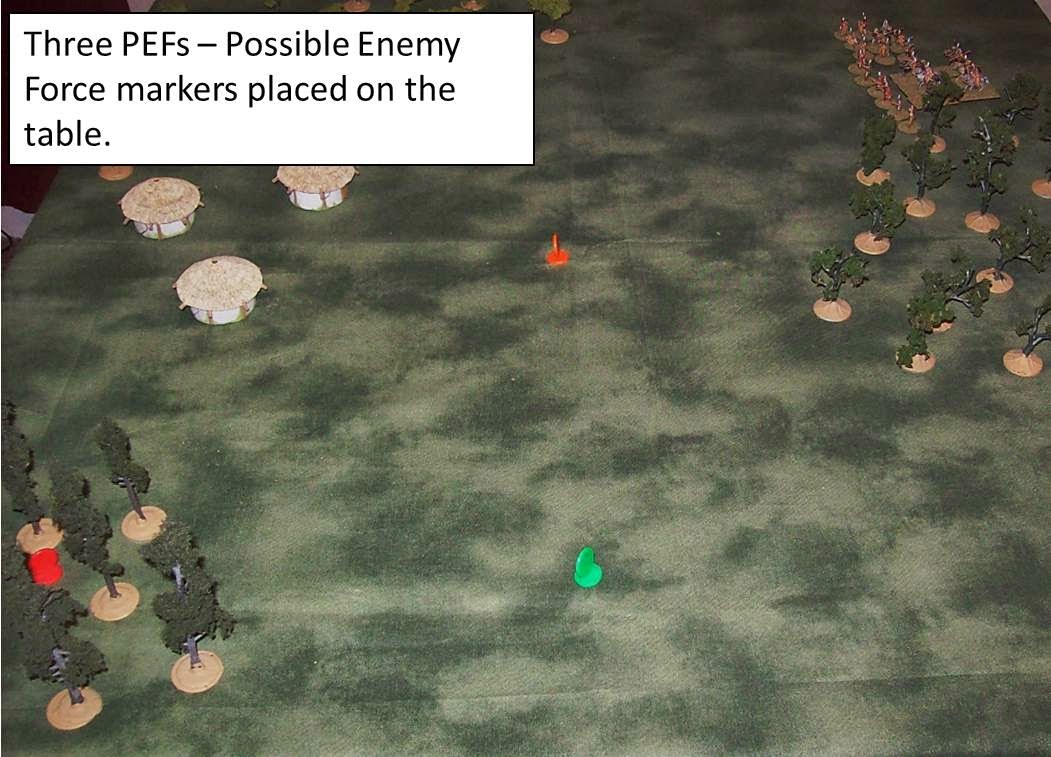 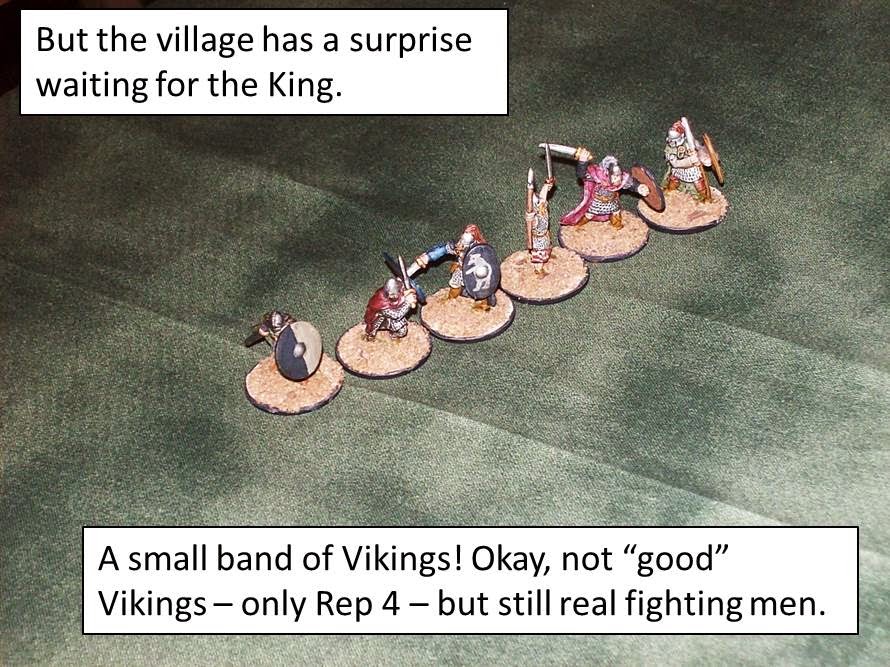 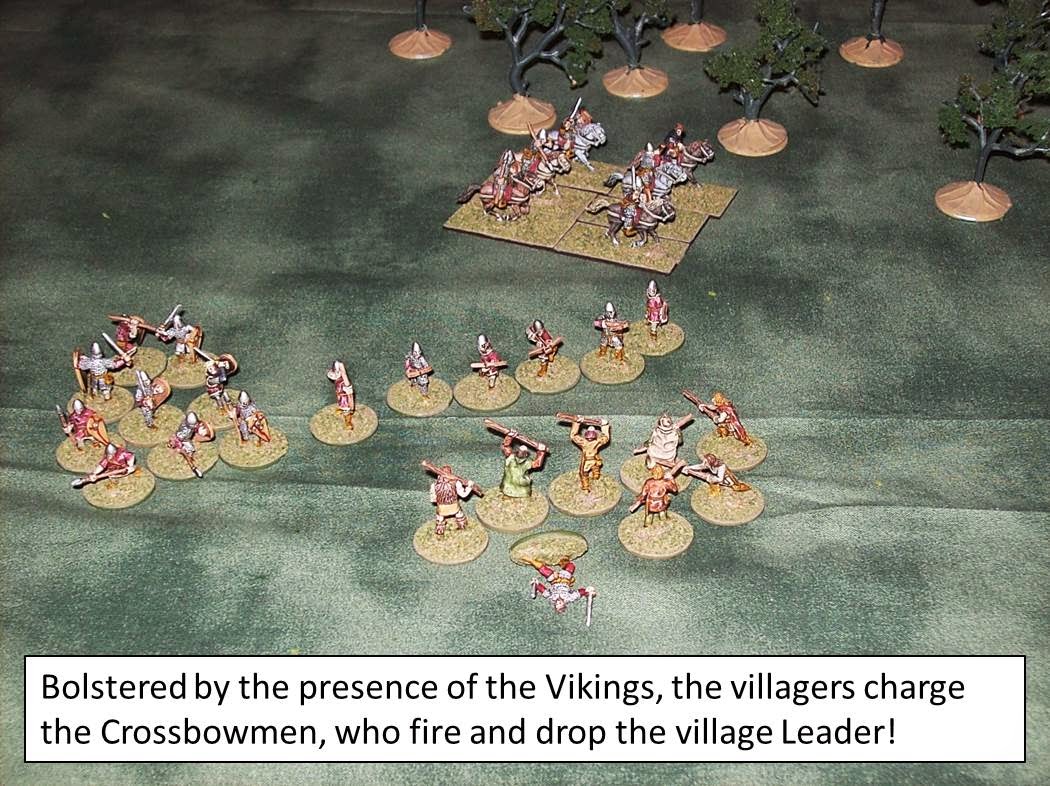 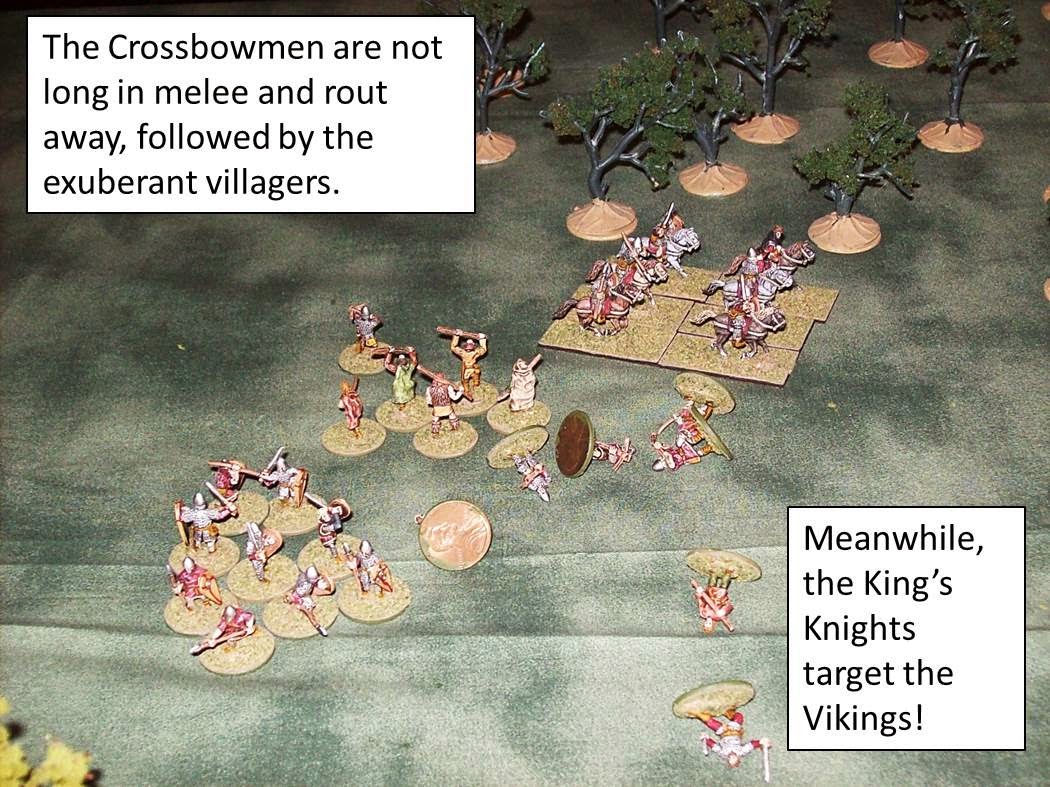 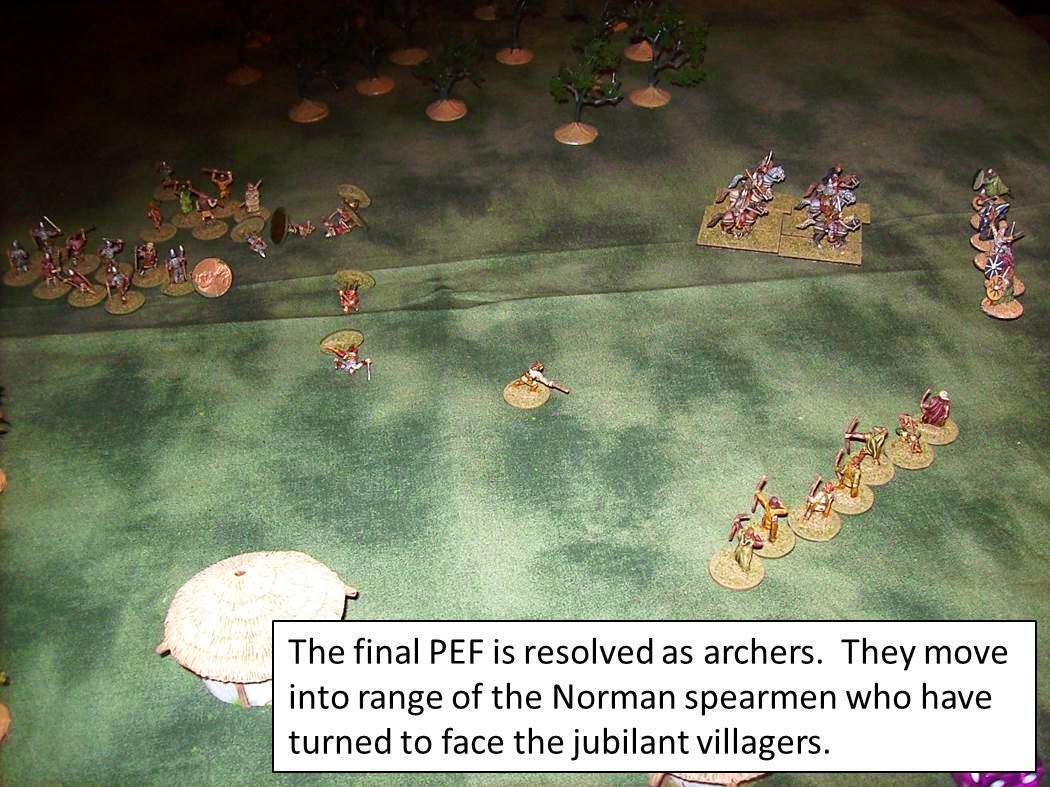 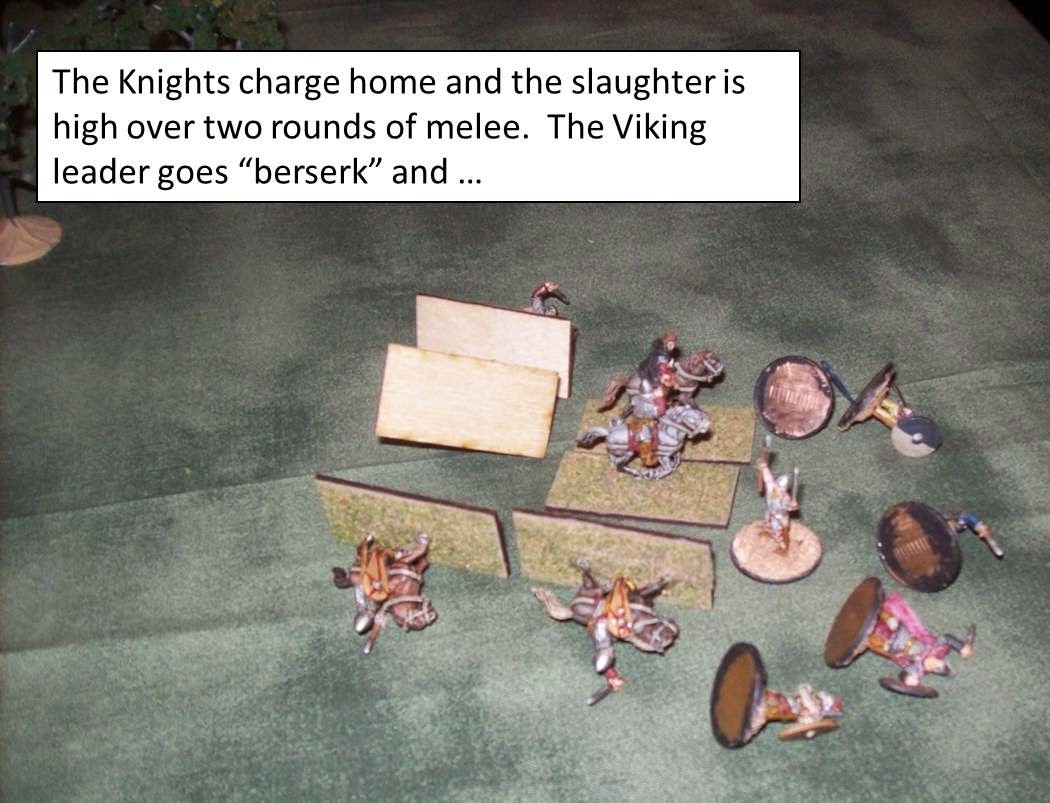 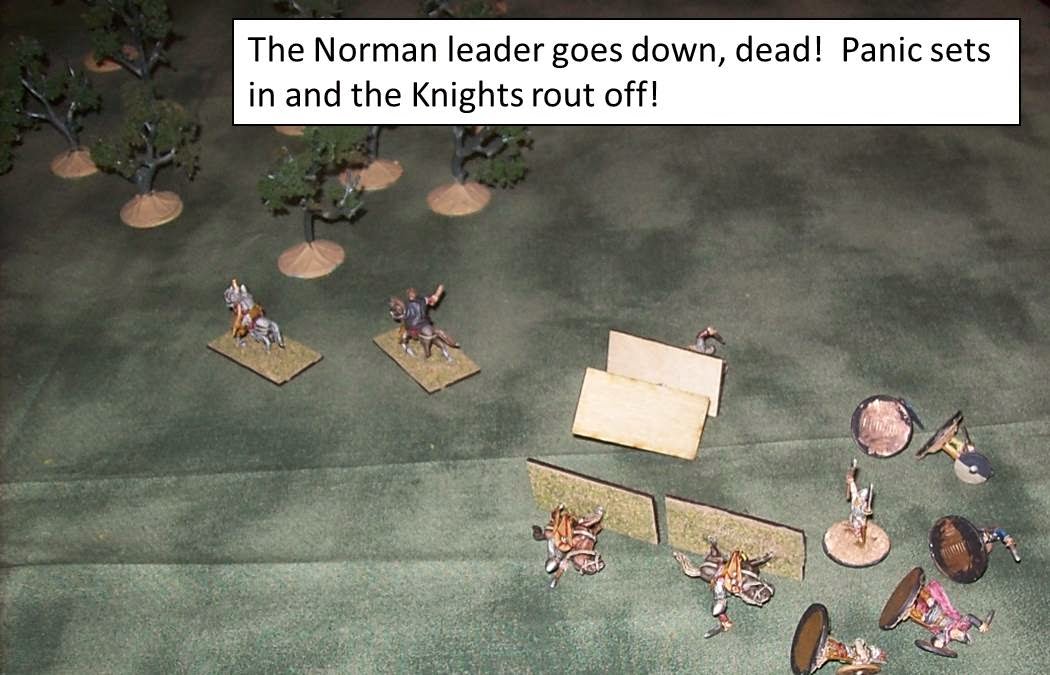 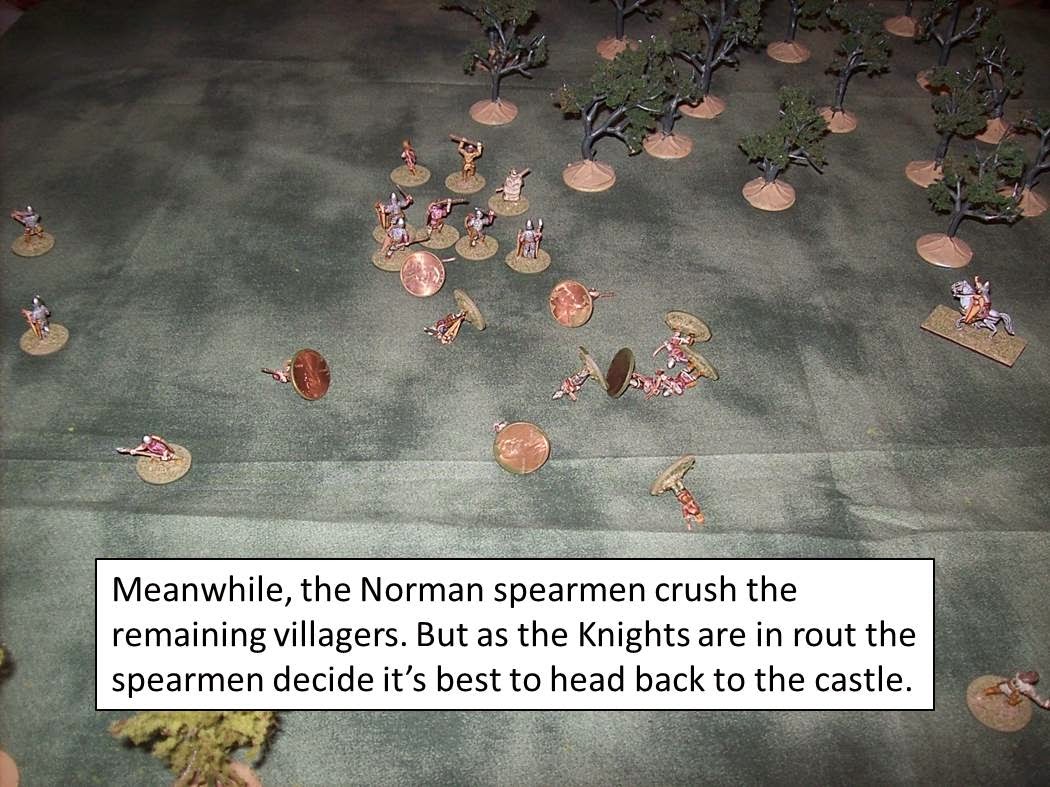 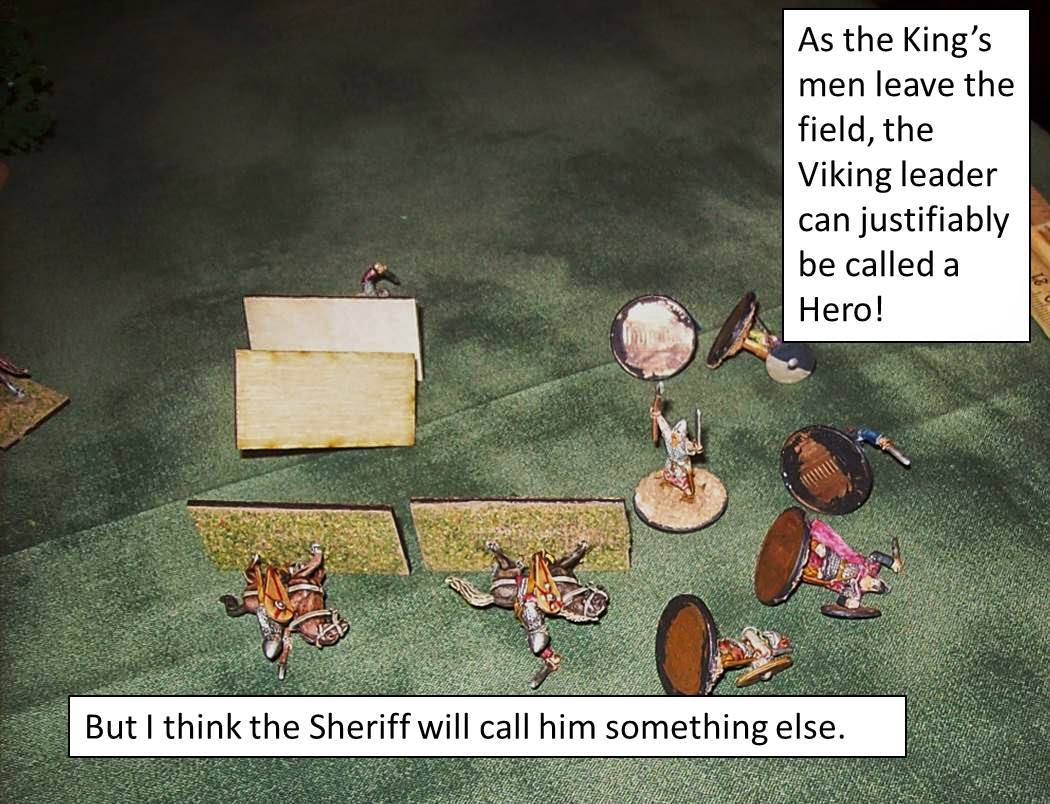 Morale check? Normans go down by 1 to 2. Villagers go up to 3. I'm betting that the Normans will be coming back pretty soon.

Posted by Ed the THW Guy at 14:23
Email ThisBlogThis!Share to TwitterShare to FacebookShare to Pinterest
Labels: AARs, Captains and Kings, Rally Round the King, Two Hour RPGs, Two Hour Wargames