AAR for the Upcomng Captains and Kings

Since Montjoie has went out of print, there's been a need for a middle size medieval battle game. For armies we have Rally Round the King, with the historical supplement, and for small skirmishes there's Swordplay   our free intro rules.

Captains and Kings will fill that gap with players commanding units of 6 - 12 figures. You start with one unit and try and work your way up to a higher position. At the top of the mountain you will command about 10 units. If you want to go farther, it's time to switch to Rally Round the King - converting each of the units into 2 units of each on the RRtK table. Of course, you'll have to lead a rebellion against the current King, but hey, someone has to be King and why not you? 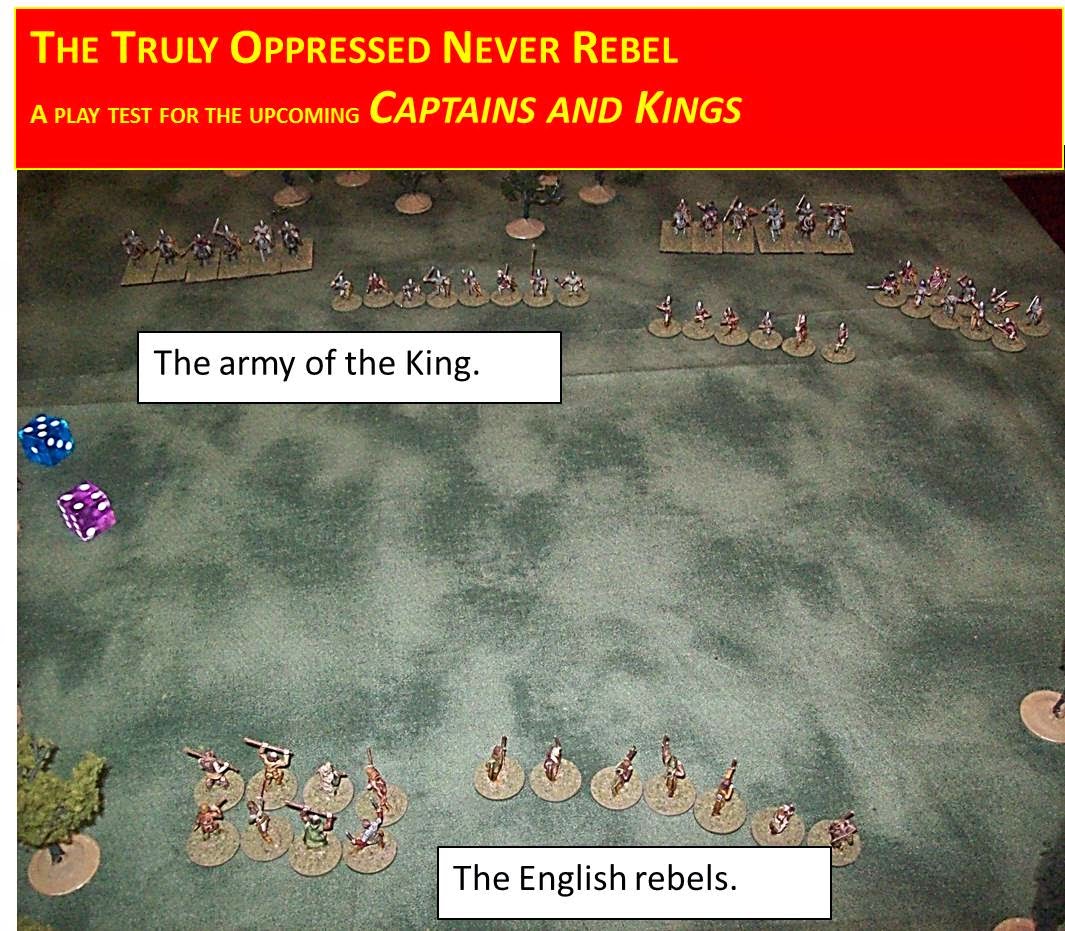 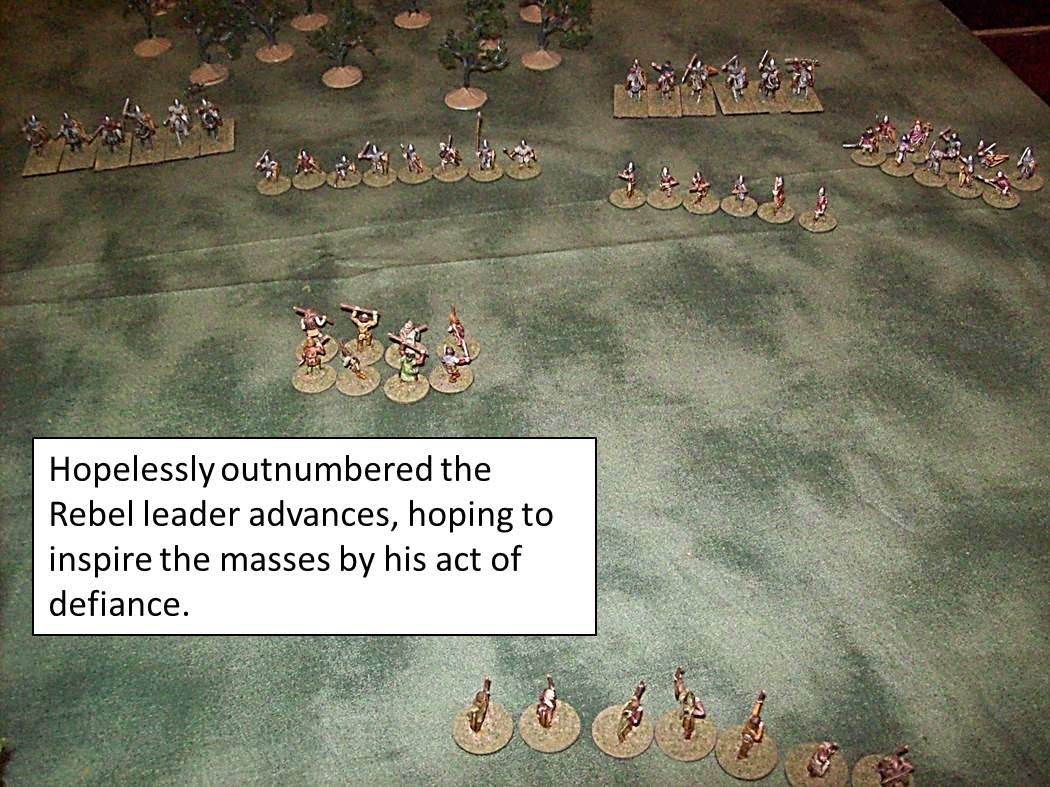 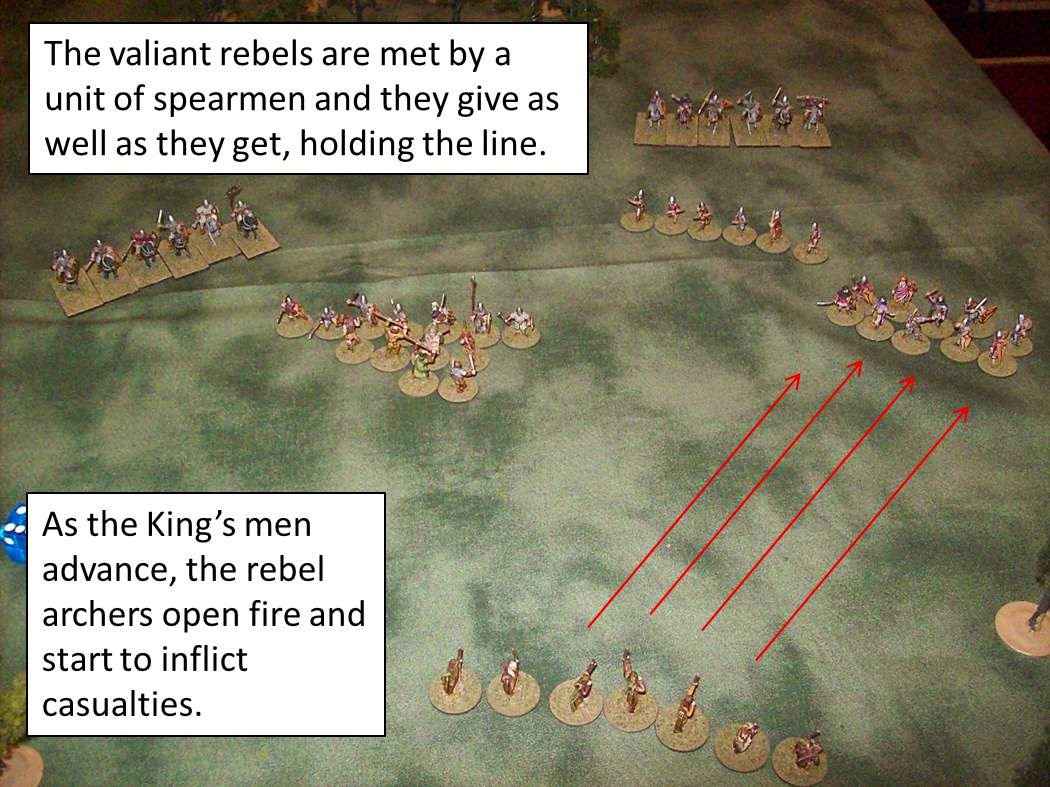 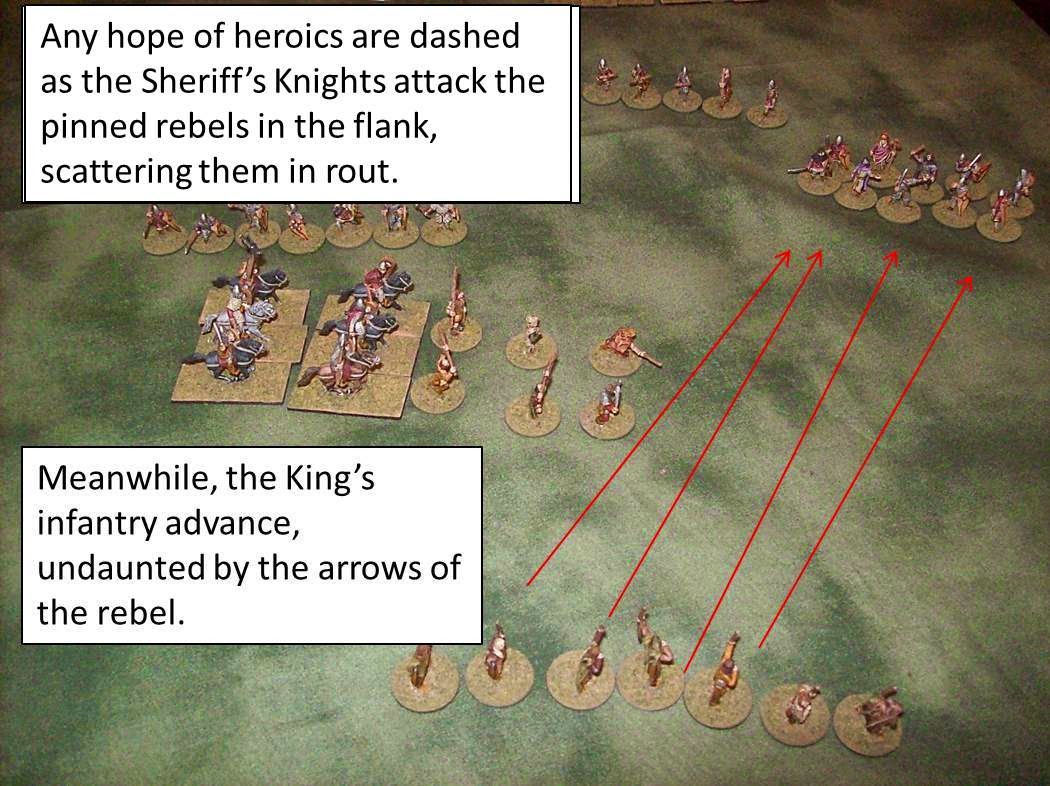 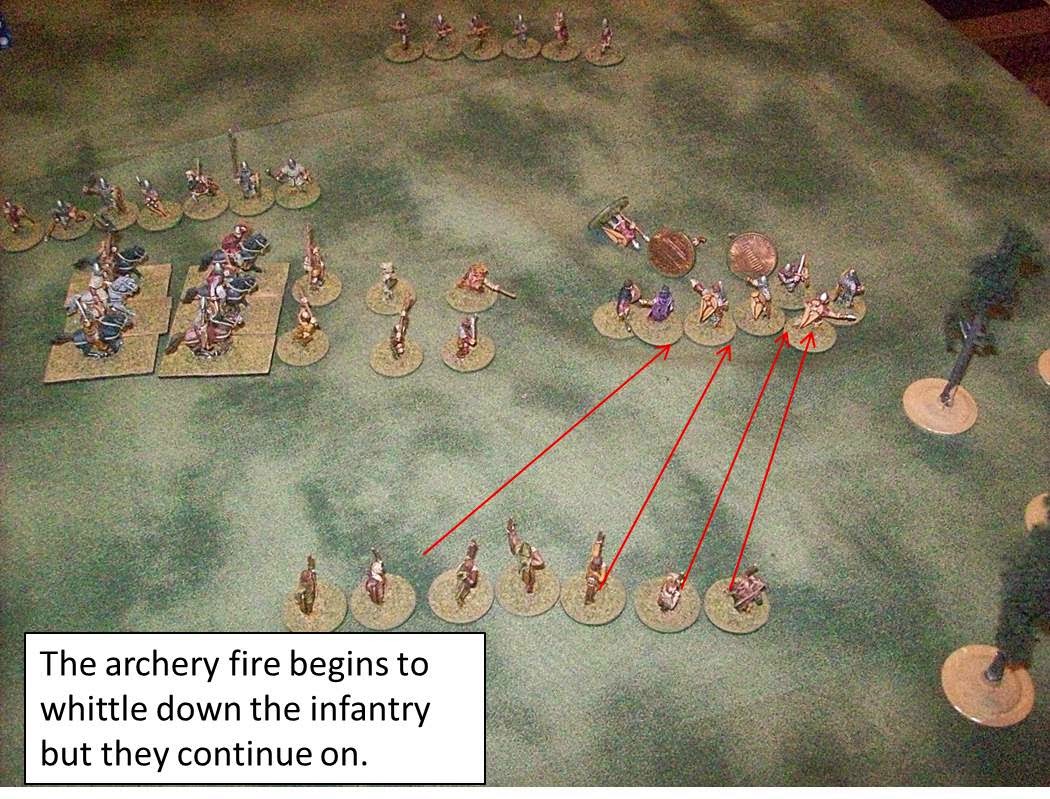 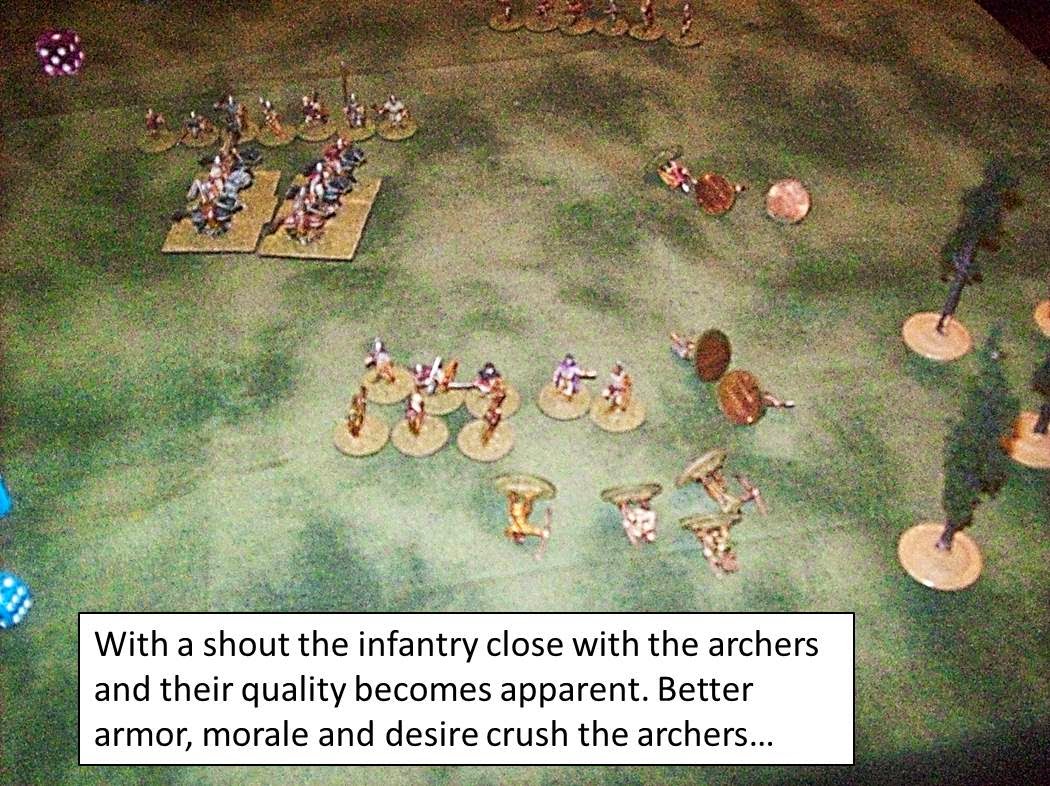 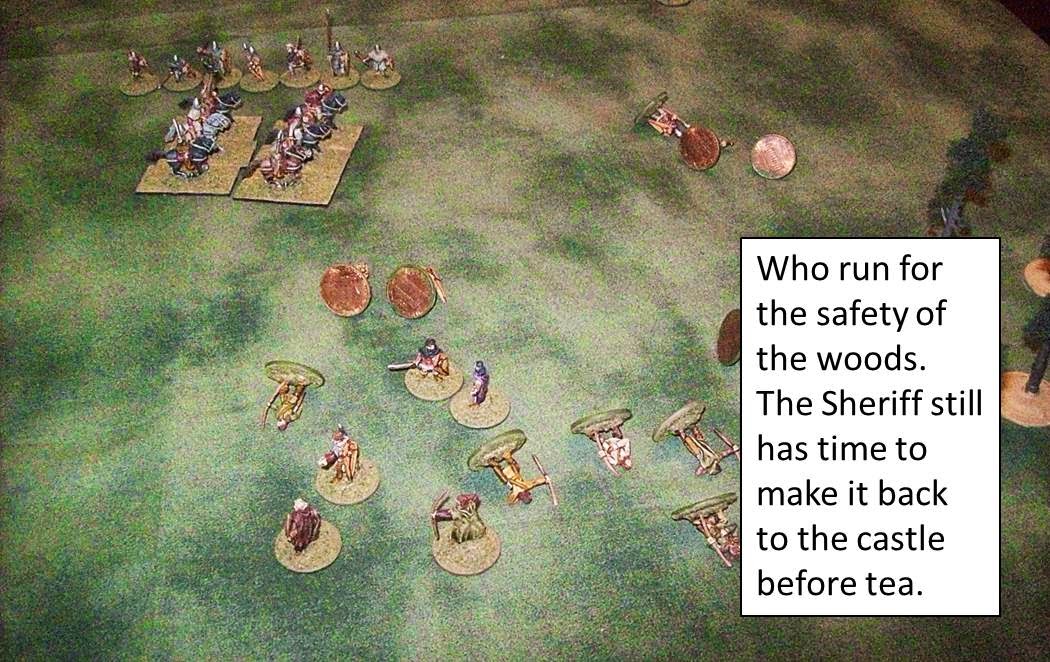 Well, I did say it wasn't a fair fight, and it wasn't. But it allowed me to try out all the mechanics from charging to melee and missile fire as well as the streamlined Reaction Tests. Being a war band, mid-sized level game, I leaned more on Colonial Adventures and Muskets and Mohawks to find the right feel for the game size. Not too detailed like Swordplay, or abstract like Rally Round the Kings. In any case, off to a good start!

Posted by Ed the THW Guy at 14:19
Email ThisBlogThis!Share to TwitterShare to FacebookShare to Pinterest
Labels: AARs, Captains and Kings, Rally Round the King, Two Hour Wargames