In Captains and Kings we provide siege rules that can be used as a one-off battle or within your Campaign. Although the scale of Captains and Kings limits the scope of sieges, because they were so common in this period, we’ve decided to add them.Instead of focusing on siege weapons, huge walls and castles, we've focused on the action of the units. Here's an example. step by step. The wall is divided into three sections. If you have less figures, just use less wall sections. Each section has a PEF on it that is revealed when the attackers hit the wall. 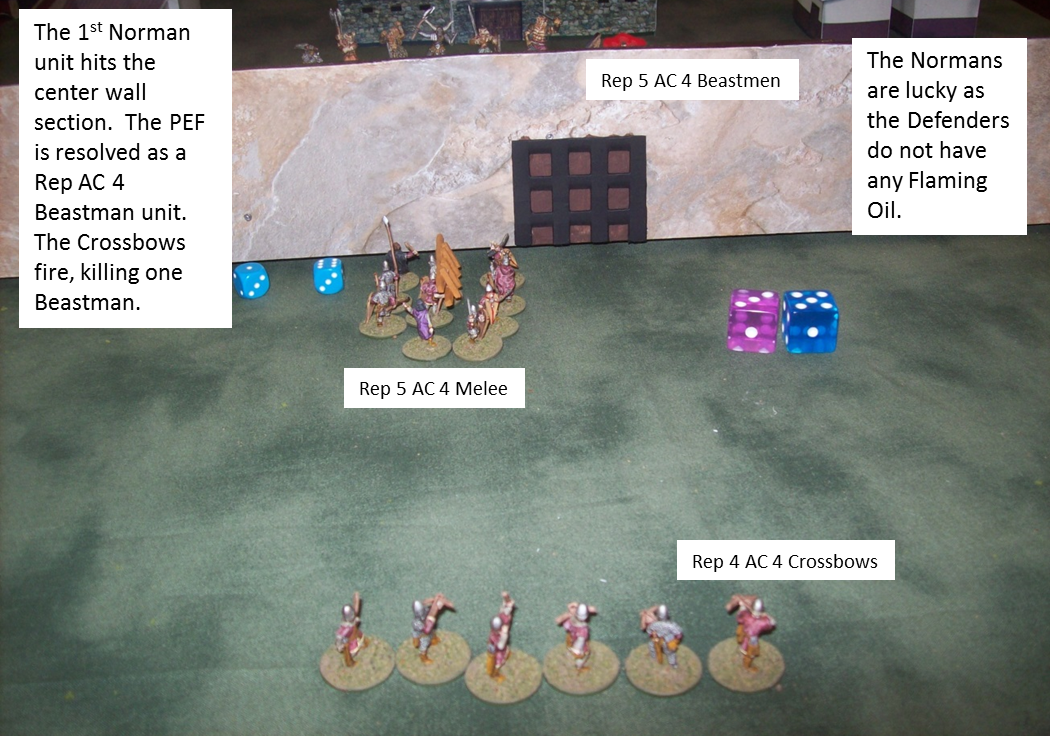 Once the unit touches the wall the PEF is revealed. It is always a unit. Then any attacking missile units in range can fire in support. This is followed by the defenders firing and finally Flaming Oil. You use the PEF Resolution Table to see if they have oil. In this case none was available. 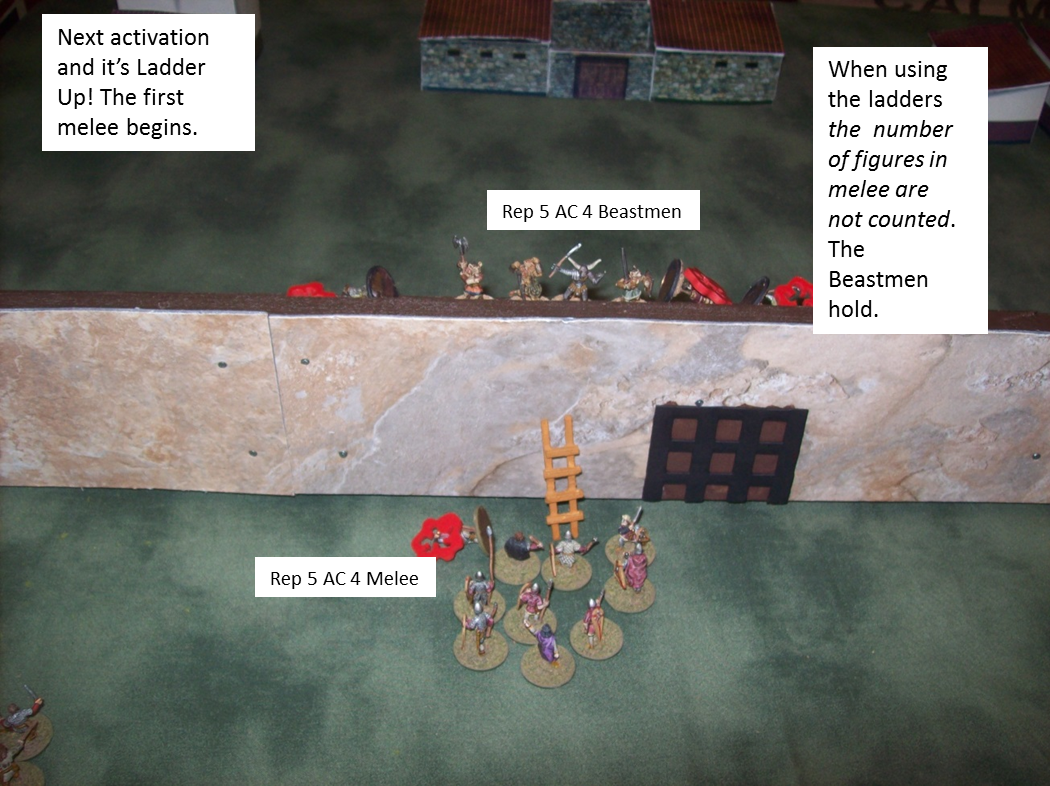 The next attacker activation sees the ladders go up and the Ladders Up Charge into Melee Test is taken. This is different than the normal test. Next comes a round of melee. Each side loses a figure to start and the Ladders Up Melee Combat Table is used. It's a bit different with the big change being the number of figures involved is not counted. This is due to the narrow frontage of attack when using the ladders. 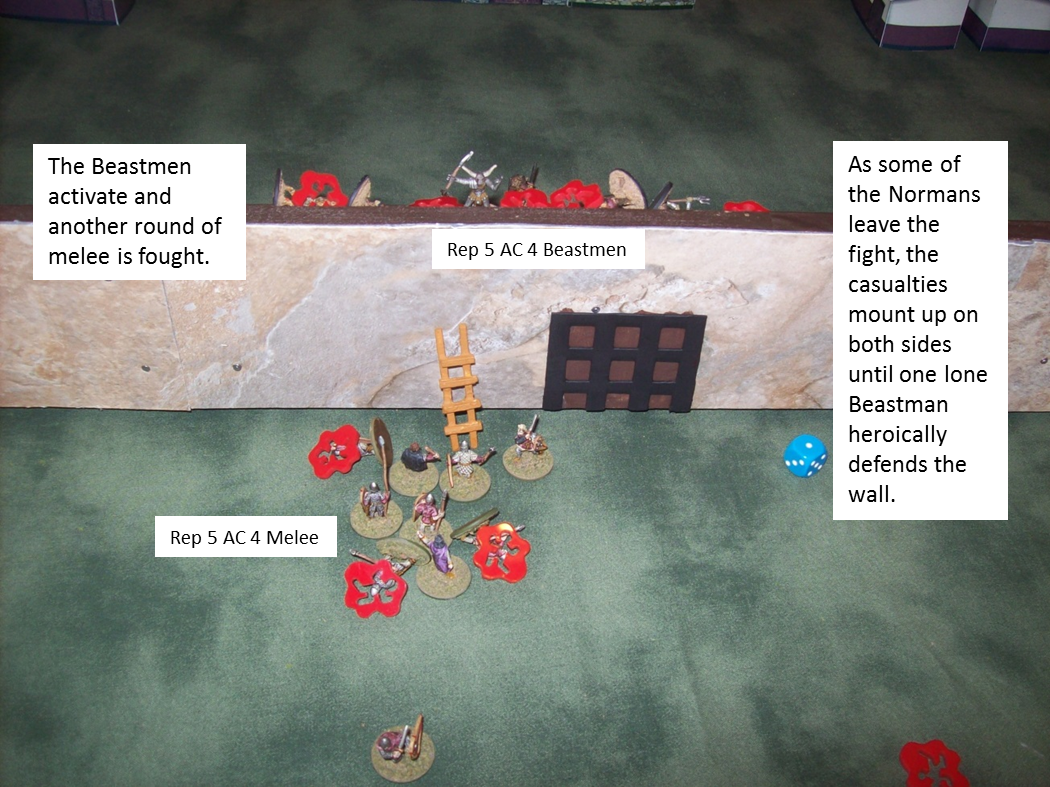 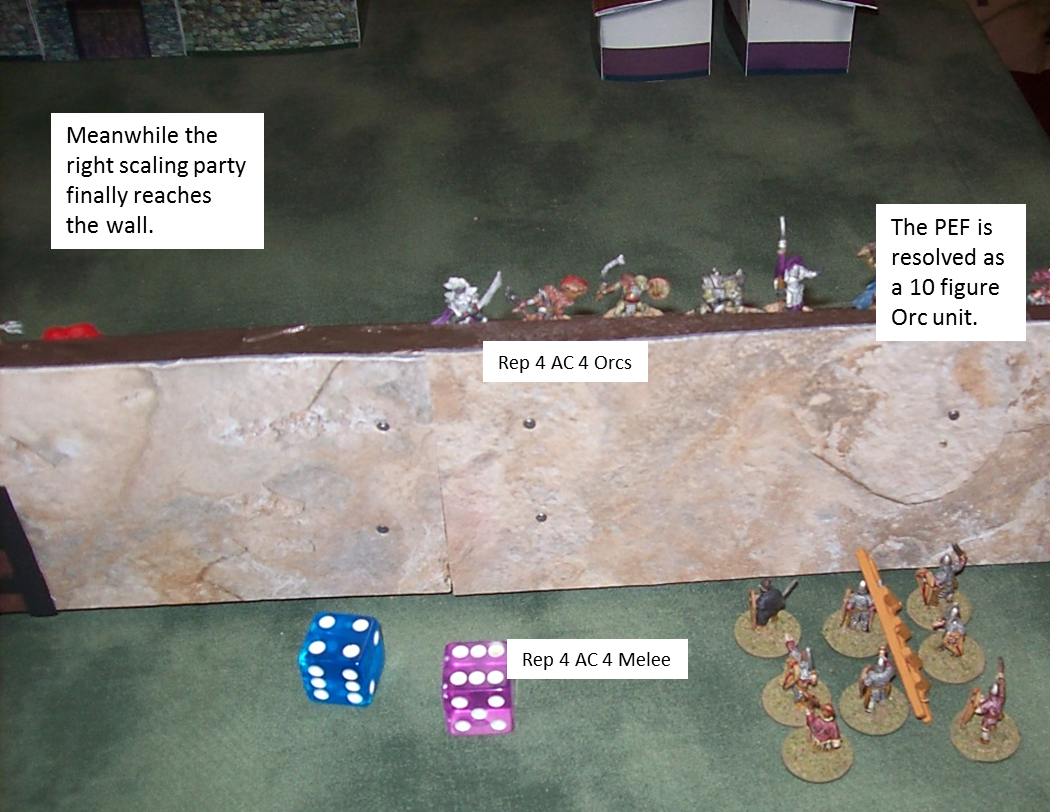 When you do have Flaming Oil it has a chance to kill figures and causes a Reaction Test. 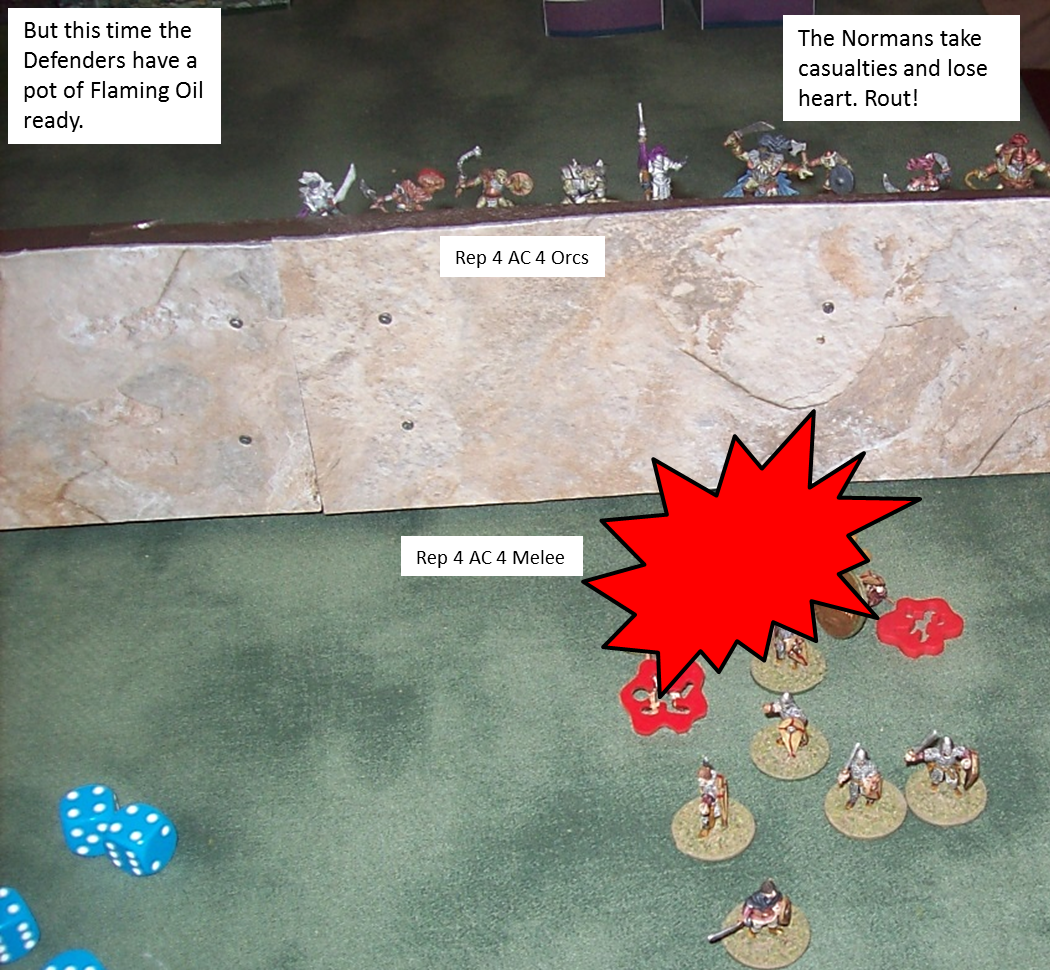 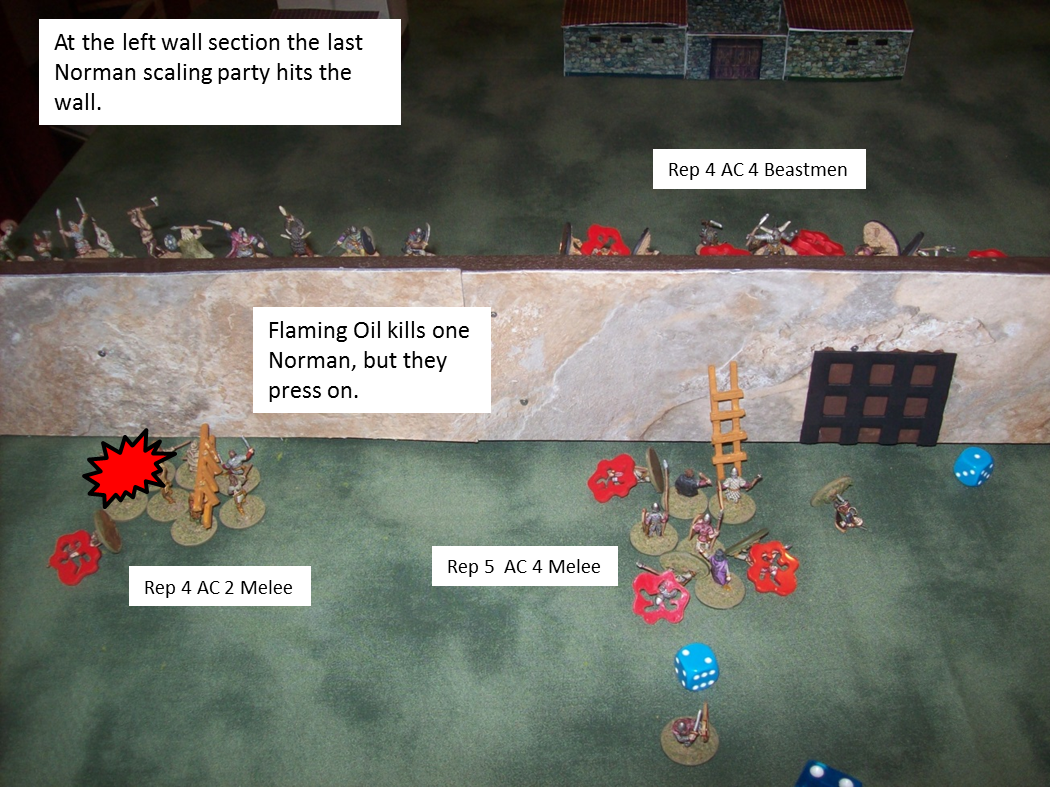 Activation dice are still used. Units on the walls can be split to join other units. Like Muskets and Mohawks, when a round of melee starts, each side loses a figure. But Captains and Kings has a new rule - Last Man Standing. He must be killed in combat or forced to rout. He cannot be auto-killed when each side loses a figure at the start. 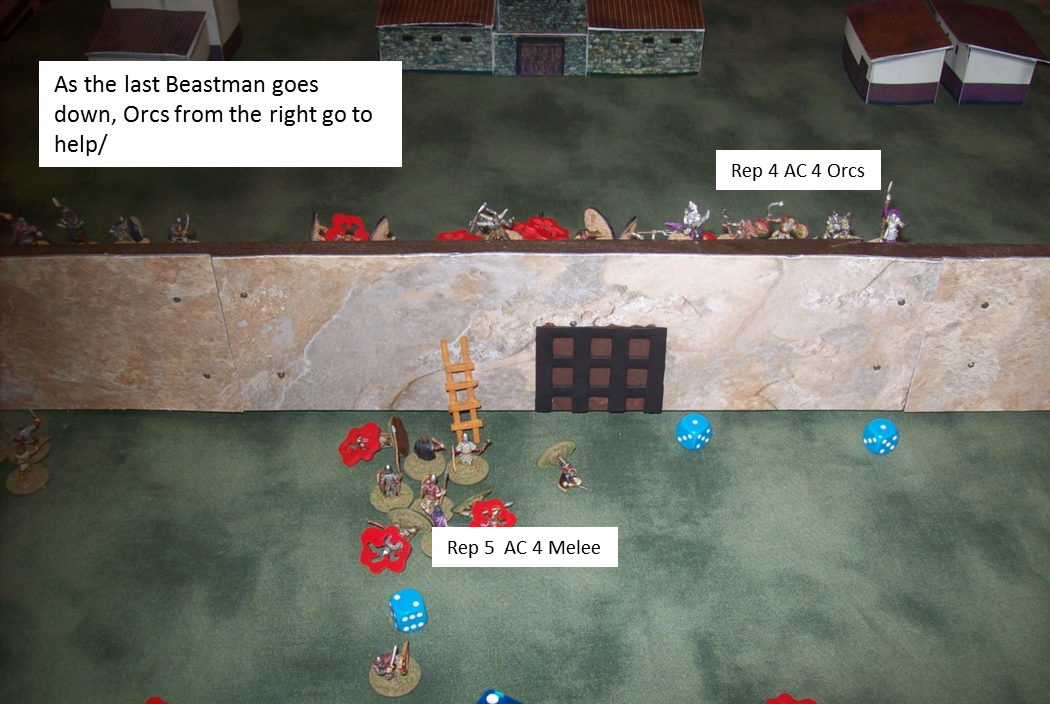 Once the wall has been reached, melee is carried out normally and the number of figures in each unit is counted. 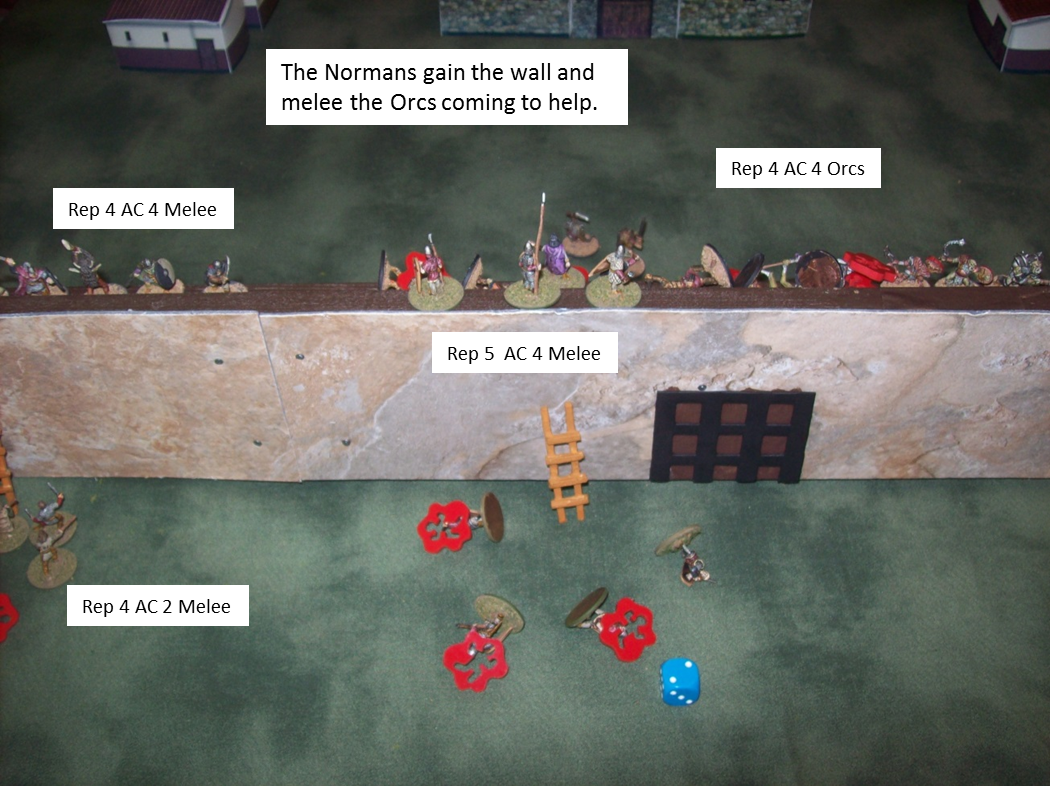 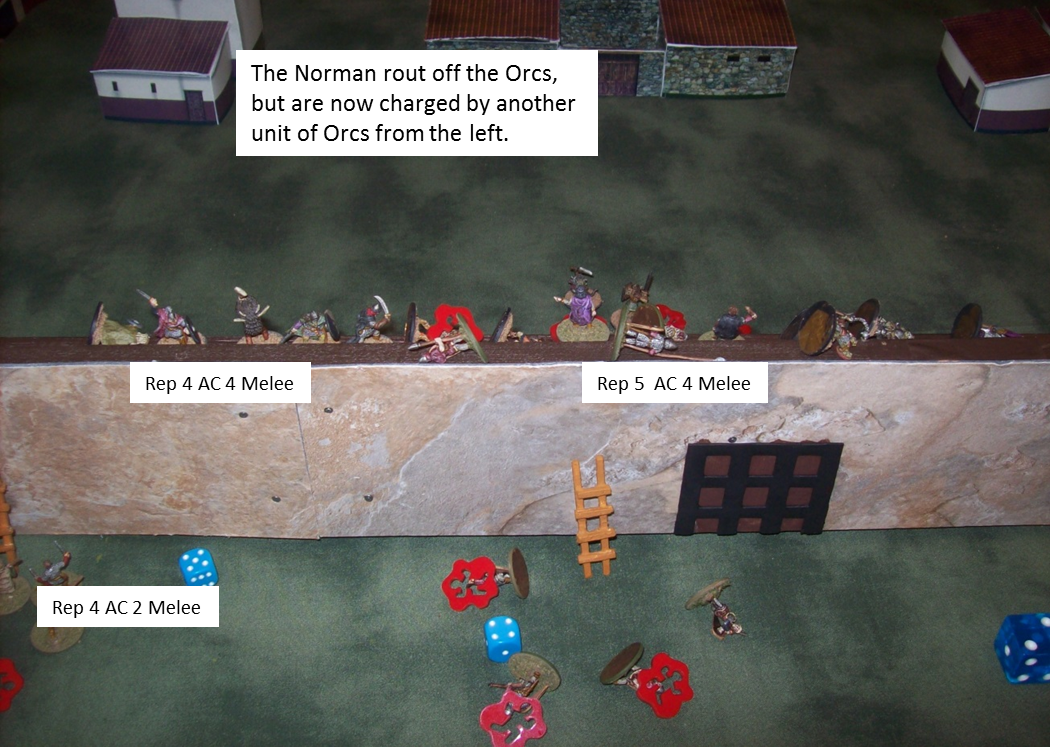 We've also added a Reason to Fight rule that can cause units to break off the battle. 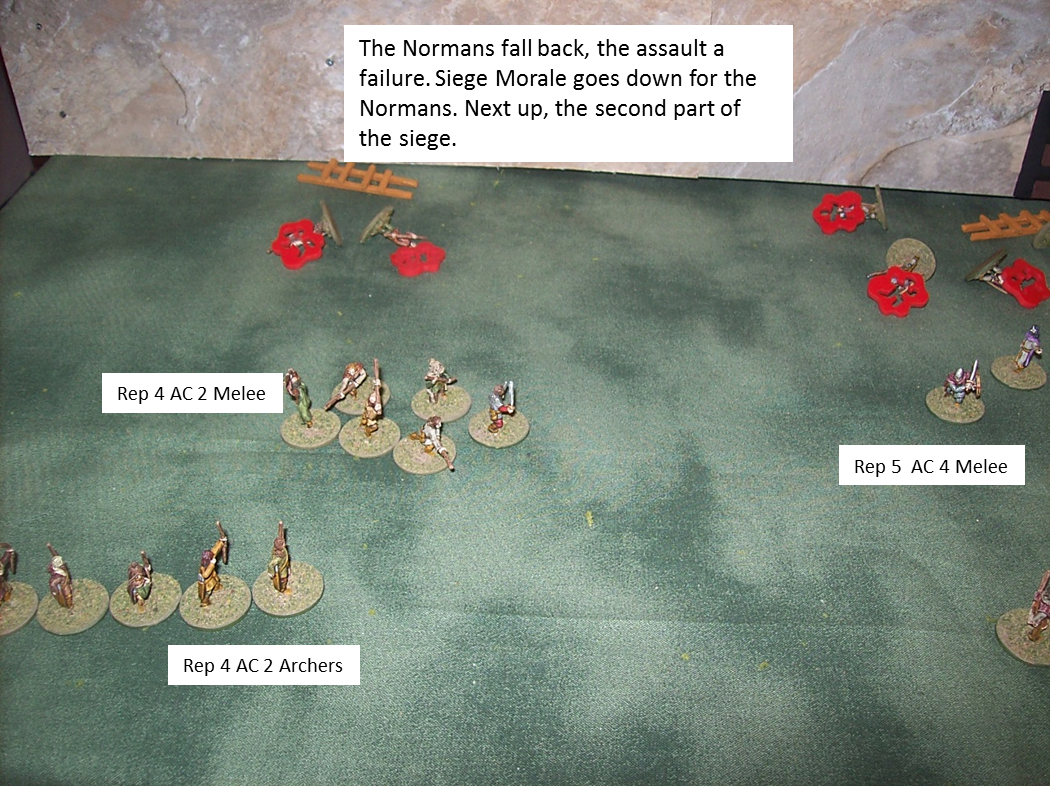 We use Campaign Morale as in Star Army and other rules. What is different is Siege Morale. A Siege consists of five Battles that takes the same amount of time as one Campaign Battle. Each side starts with Siege Morale equal to their current Campaign Morale. After each Battle during the Siege the Morale of the loser goes down. When it hits zero, he has lost the Siege, and his Campaign Morale drops by 1.

Since the Assault failed the next Battle is Raiding the Besiegers.
Posted by Ed the THW Guy at 15:09
Email ThisBlogThis!Share to TwitterShare to FacebookShare to Pinterest
Labels: AARs, Captains and Kings, Two Hour Wargames