Burning Down the Hall - A Captains and Kings AAR

It was a common practice for rival Viking Warlords to raid their opponents at night and attempt to burn down the Great Hall, symbol of the Warlord's power. Here's a battle using that scenario found in Captains and Kings.

What you know:
Before the battle all you know is the location of the Great Hall. That's it. You pick your force and enter the table. Once you have finished your first move the three PEFs - Possible Enemy Force markers - are placed at random.

You then roll for visibility versus the Rep of your Leader. The better the leader, the less the visibility, as this reflects his intelligence  in picking a good night to raid.

Once that is done, the game begins, 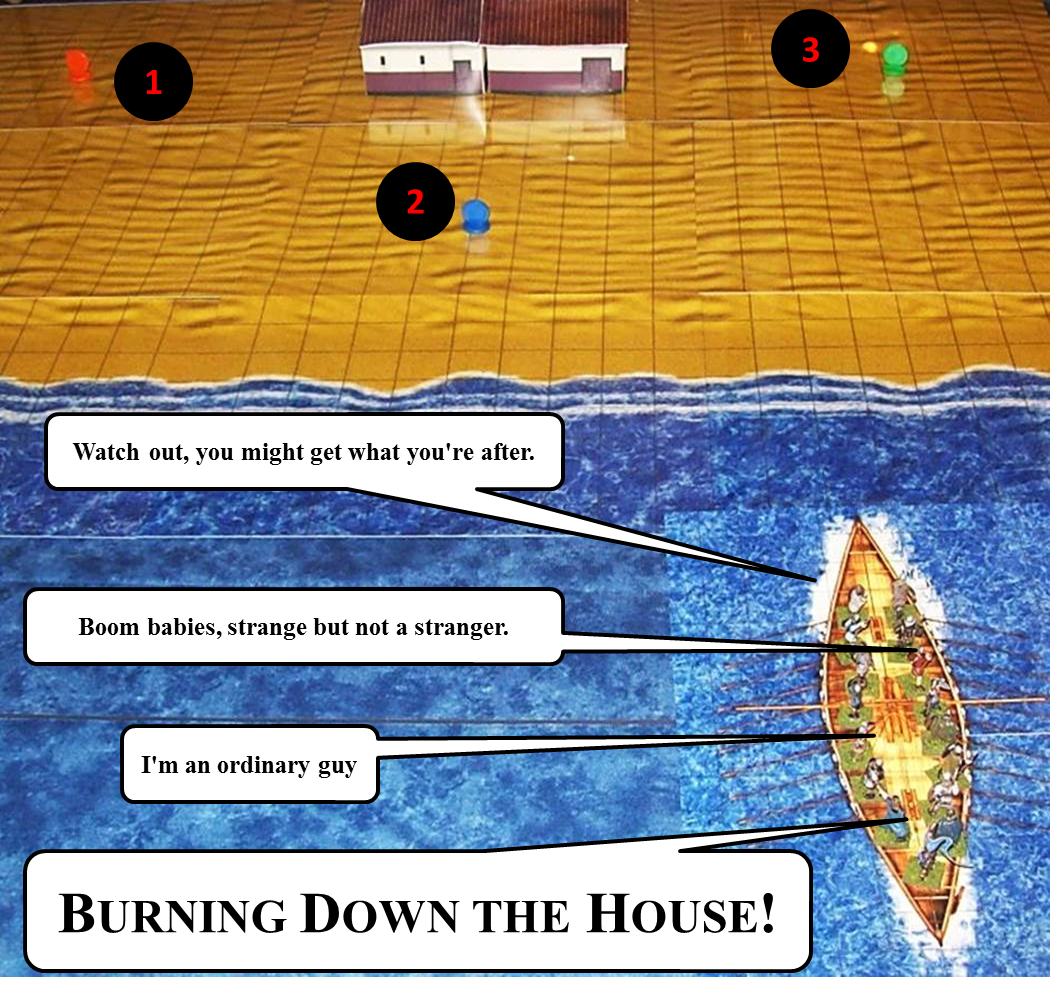 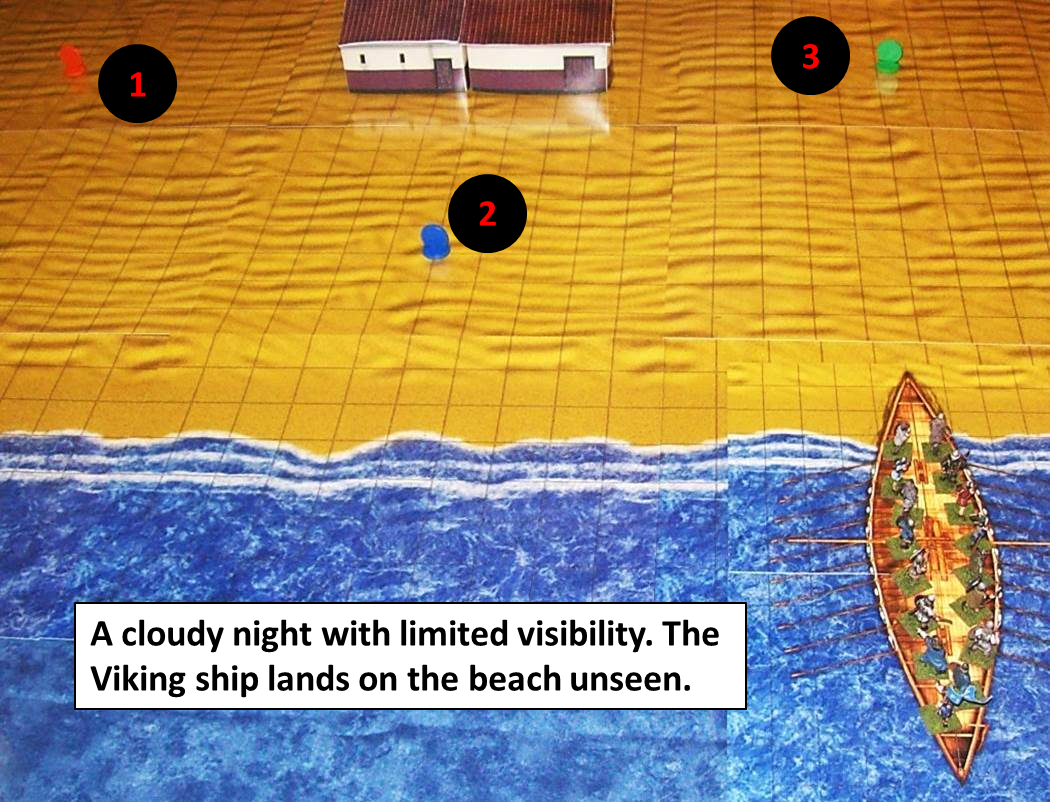 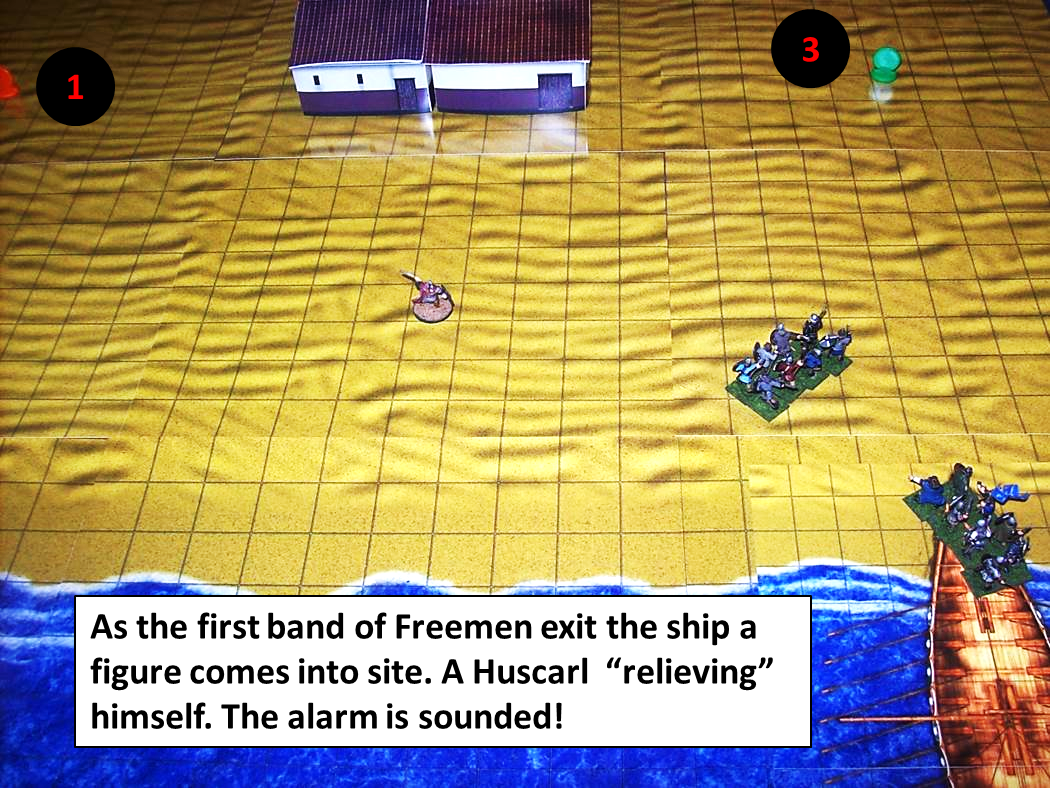 Visibility was rolled at the start and passing 1d6 meant the clouds would come and go during the game, affecting visibility. Unluckily the clouds passed and visibility to the PEF was pretty good. It was resolved as a Huscarl, and he sounded the alarm. 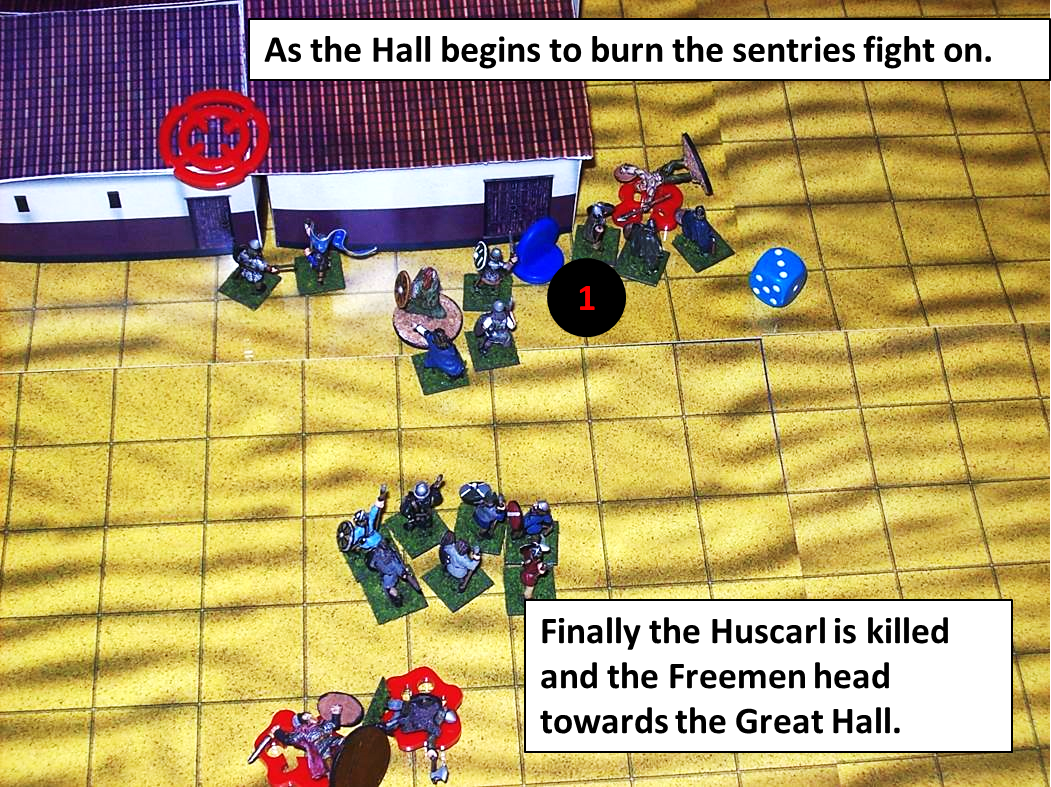 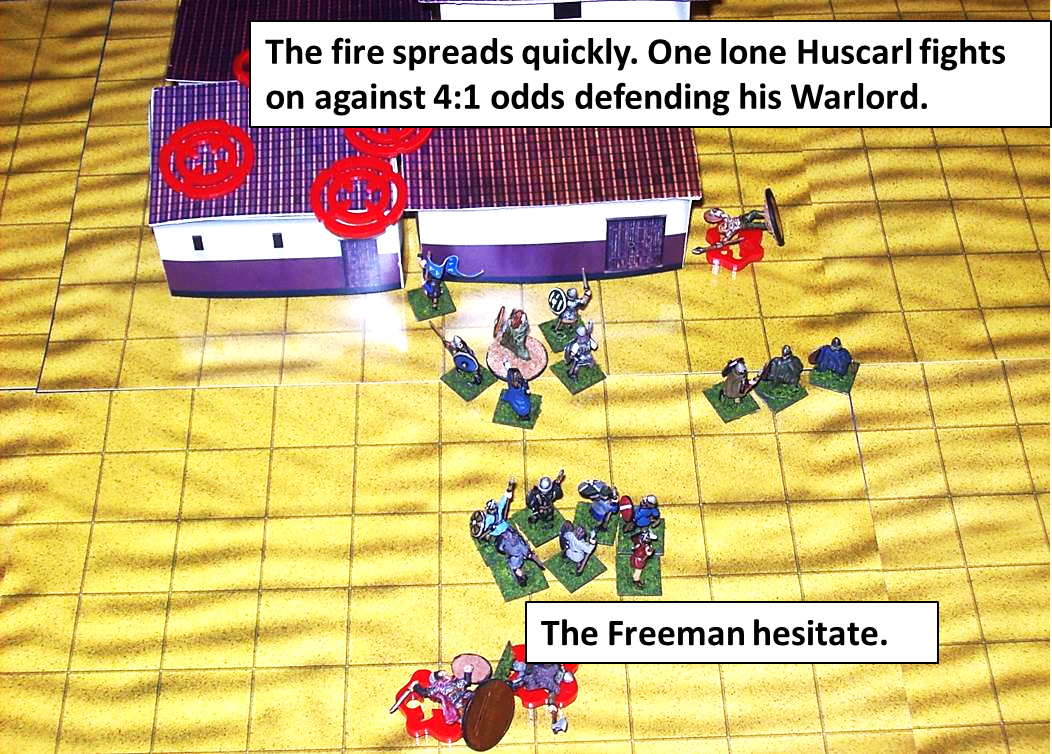 Once the alarm is sounded the occupants of the Great Hall are alerted and resolved like 3 PEFs, 1 per turn. The first resolution was pass 1d6 - nothing, but the next PEF would be resolved with 3d6, increasing the odds of something being contacted. 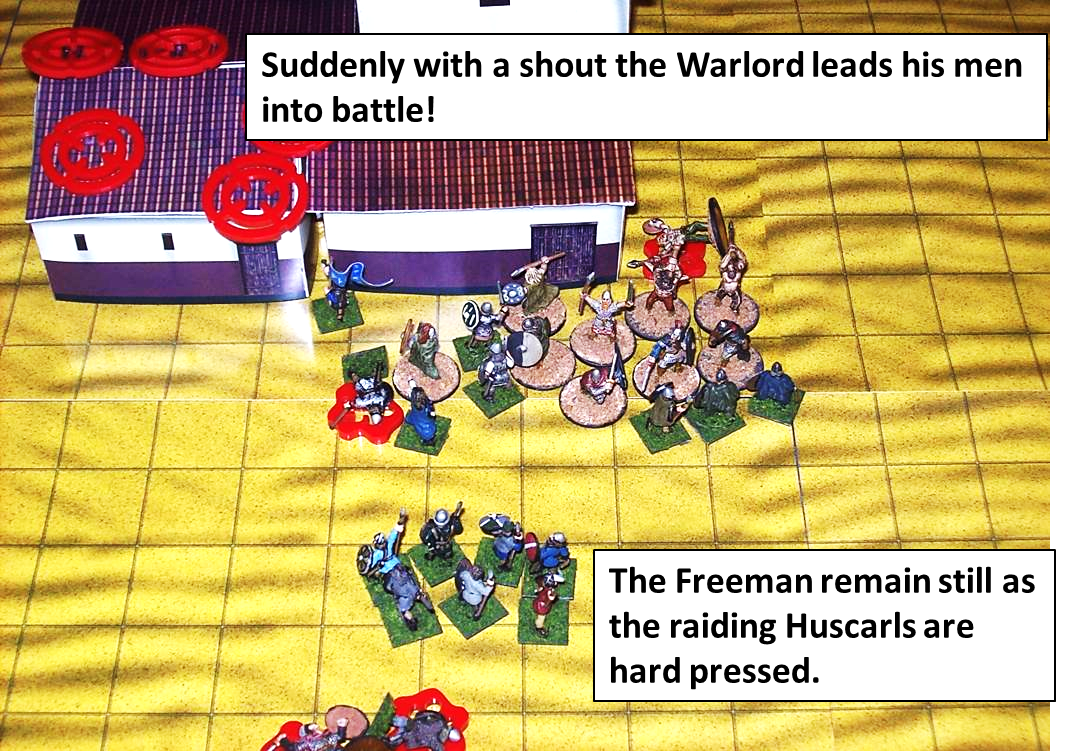 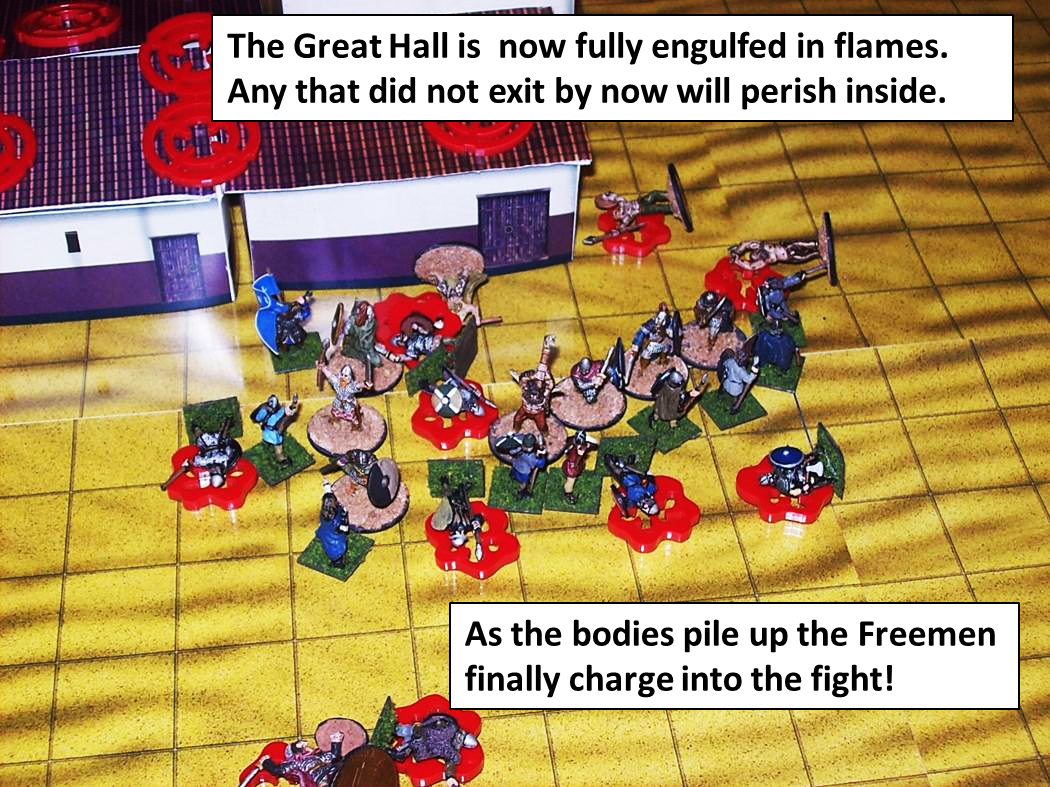 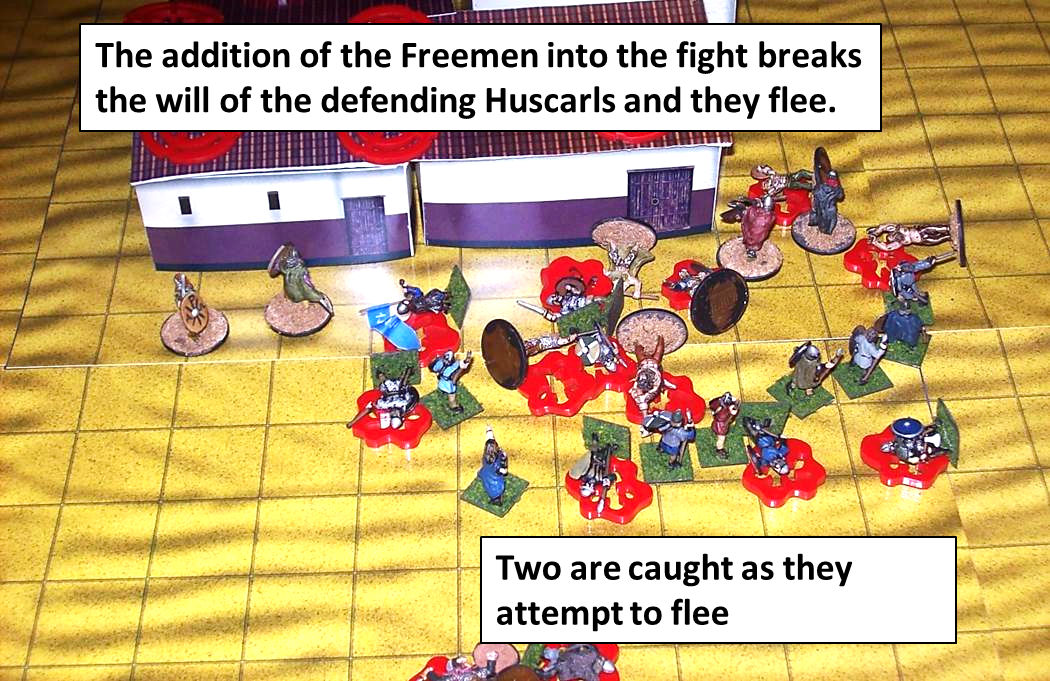 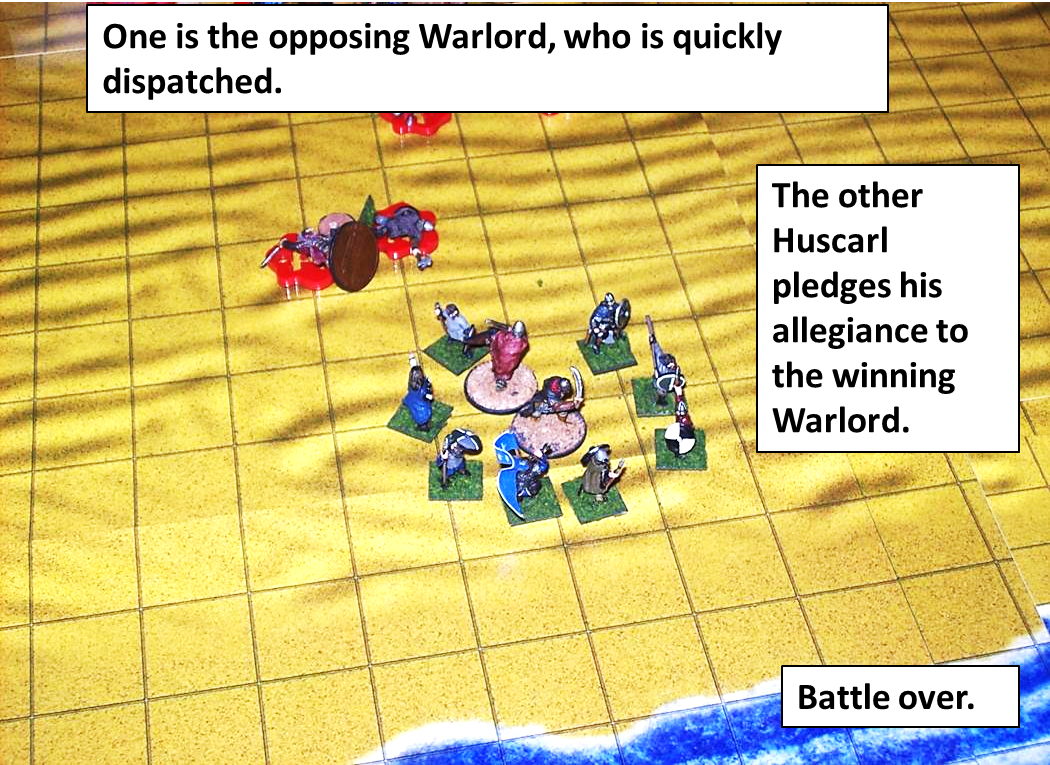 The next PEF was the Warlord and 7 Vikings. Rolling each up they were a combination of Huscarls and Freeman. The battle went in their favor as the raiding Freemen couldn't activate for three turns in a row. Luckily the raiding Huscarls passed three Reason to Fight Tests and hung around. After the Freemen joined the fight, the defenders were lost, the Warlord captured.

Lucky for the raiders the 3rd PEF was resolved as nothing.

Captains and Kings includes a set of  man to man combat rules as well as the unit sized combat. That's what I used in this battle, giving it a heroic feel to it. Now that the Warlord has secured his homeland it's time to go raiding.