The Case is Solved!

After the shootout on the train Billy and Ashlynn head into the Pub & Rec Area to question the Govt. Assistant. Evening Day Part is 5 PEFs. 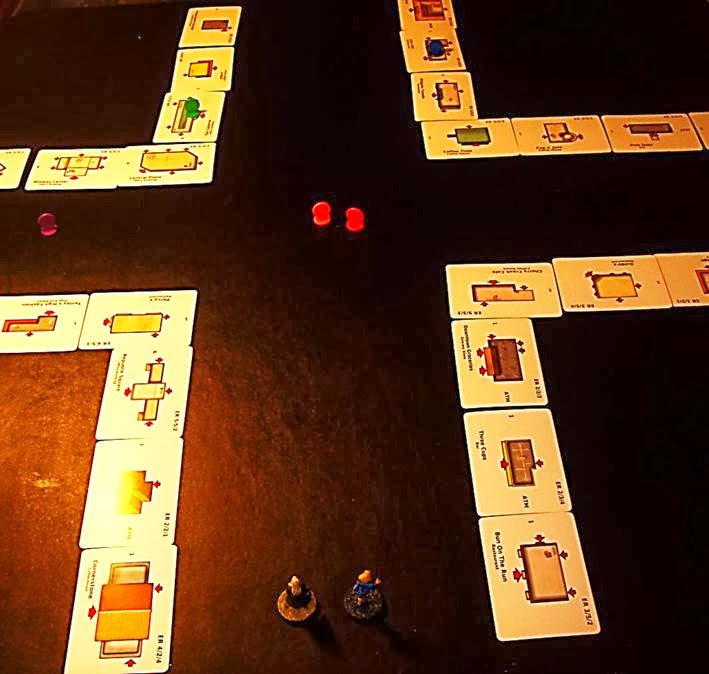 Billy and Ashlynn resolve three PEFs on the way to the Target Building, the Casino, where the Target (Govt. Assistant) may be. They make it there and resolve the Defining Moment. If they were meeting someone at the Target Building, such as a friend, they would automatically find them after the Defining Moment. But as they are looking for someone it's handled differently. They have to resolve a PEF as the same Circle as the Target, in this case a Shaker. Dice are rolled and bingo, luck is with Billy as they score a result of Shaker...it's the Govt. Assistant and his wife. 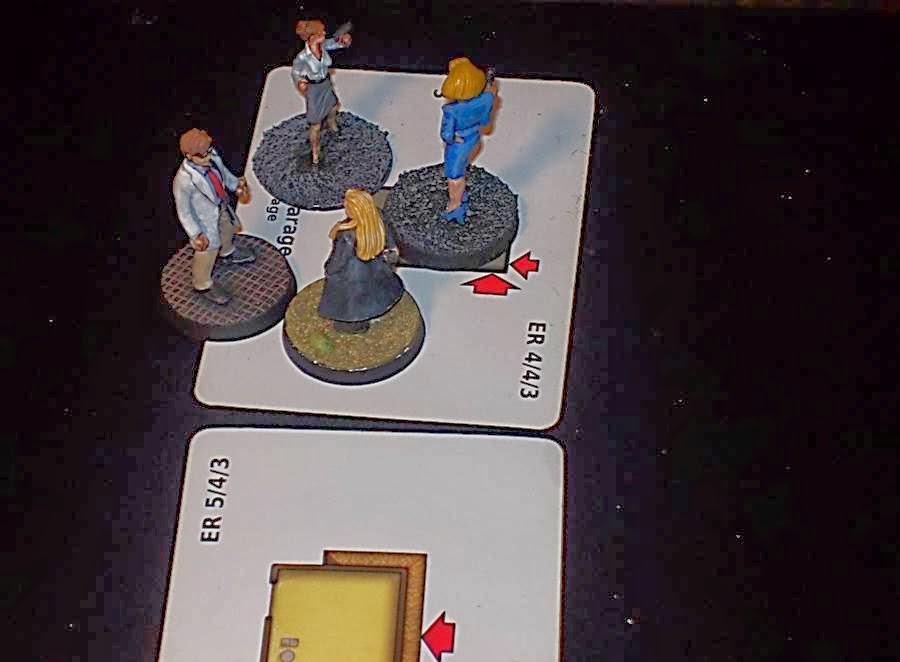 As Ashlynn  occupies the wife Billy questions the Govt. Assistant but gains nothing. As the couple leave Billy tells Ashlynn he's going to "tail" the couple and asks her to wait for him in the bar next door. 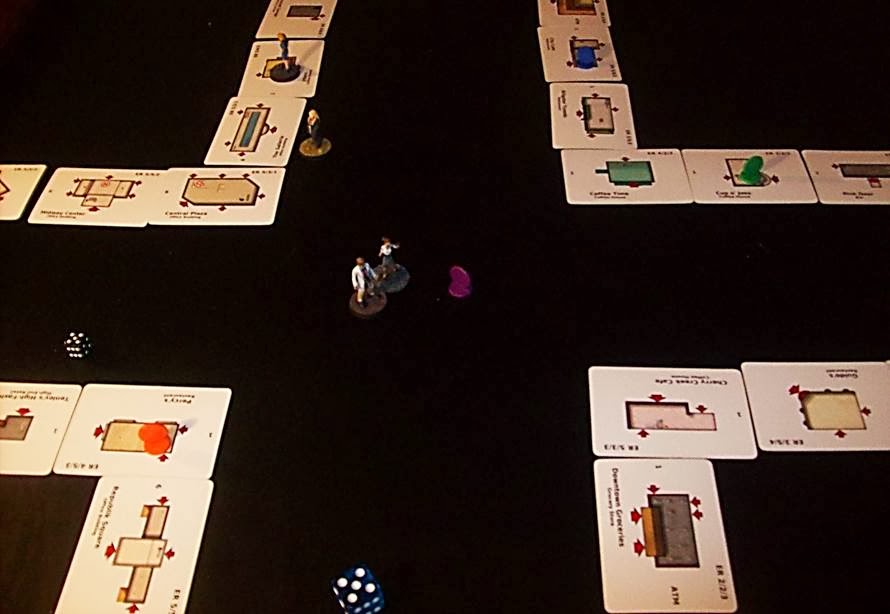 Once Billy leaves the Casino dice are rolled to bring the number of PEFs back to 5. This is a new rule and increases the number of contacts you can have on one adventure.
Ashlynn goes into the bar and rolls her Defining Moment and meets two couples, both Govt. Assistants! (This was totally dice driven and a chance for me to advance the story. I decide that Ashlynn will question them, after all she is an Investigative Reporter.) She gets some info and it counts as a Clue! She needs to tell Billy what she has learned. 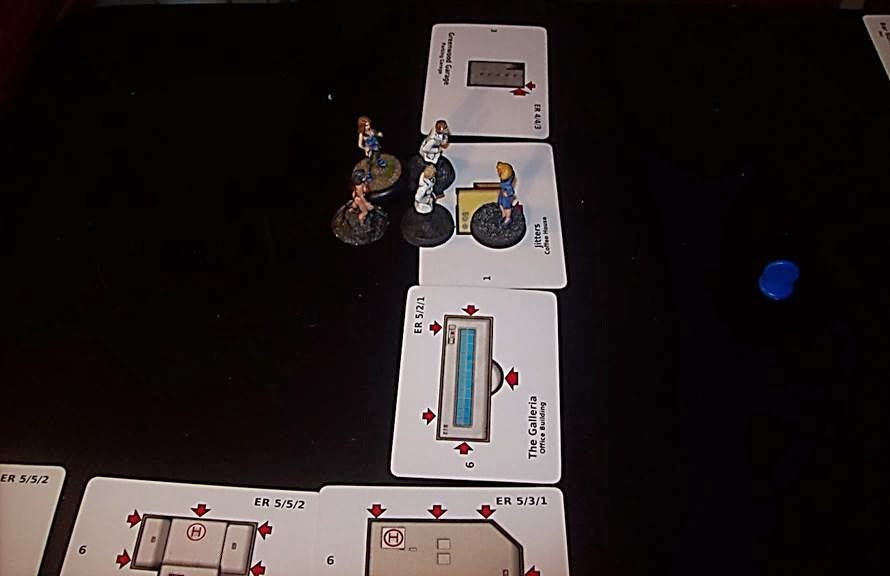 As Billy follows the couple he resolves a PEF as Police. I roll to see if they are the ones met previously, they aren't. BUT in NHC PI they size you up and run you for Warrants. I roll 2d6 and score a 4. If I had rolled a 3 Billy would have been pulled in with a warrant. He didn't have one at the start of the job but the shooting on the train was Vid-Captured. He's going to get one (usually 1/2d6 days) for the shooting but if a 3 or 2 were rolled he would have already had it issued and they would have arrested him. 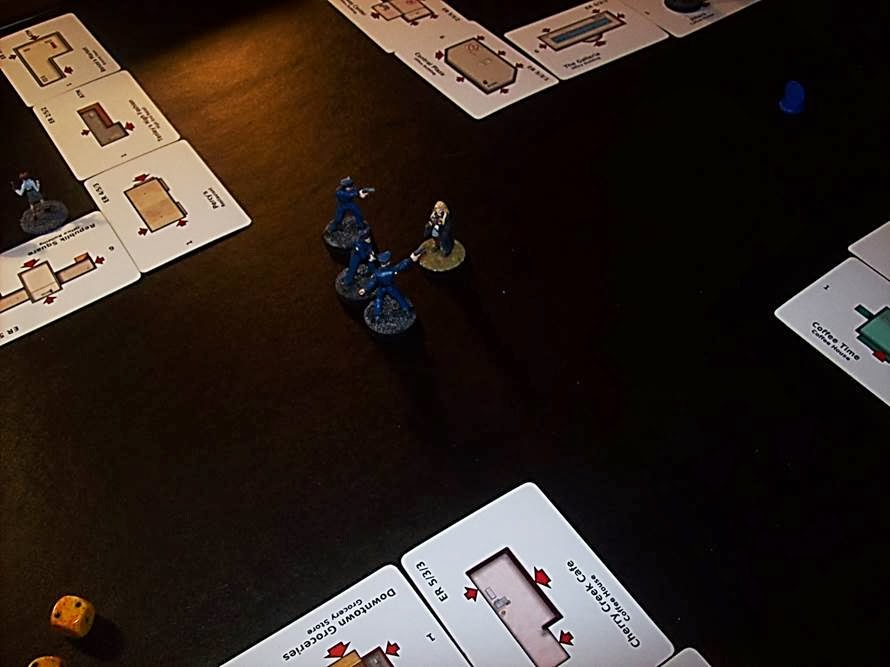 Moving on Billy sees the couple "suspiciously" talking to an Ordinary Joe. As he has successfully tailed the target he can count a bonus when he re-questions the Govt. Assistant. 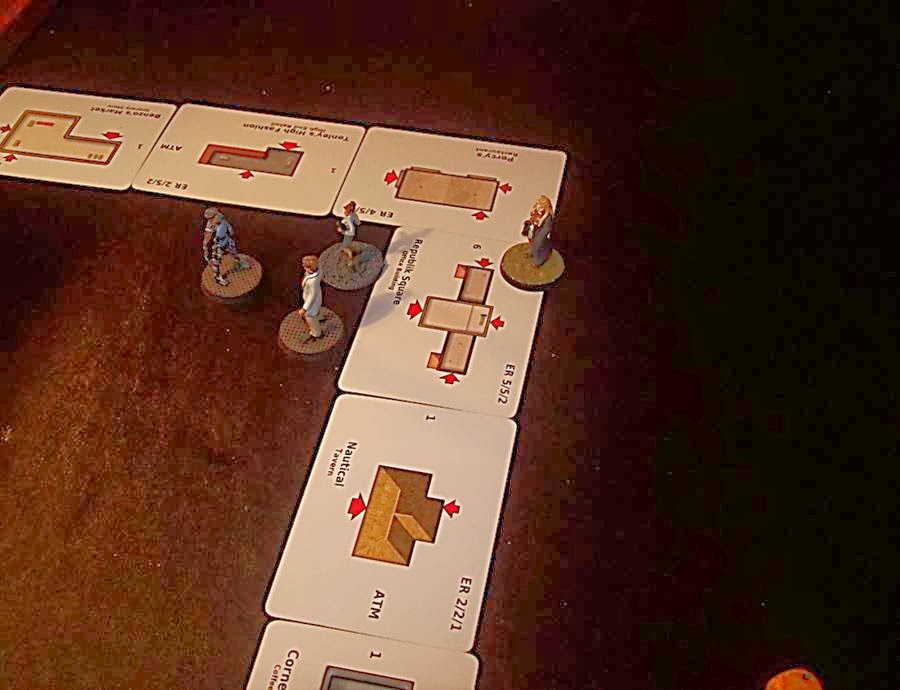 Billy leaves the bar and the PEFs are re-stocked. As Ashlynn now has a Clue I consider her a Co-Star and she will now trigger PEFs as well as will Billy. Shes resolves one but its a casual contact with a group of office workers. 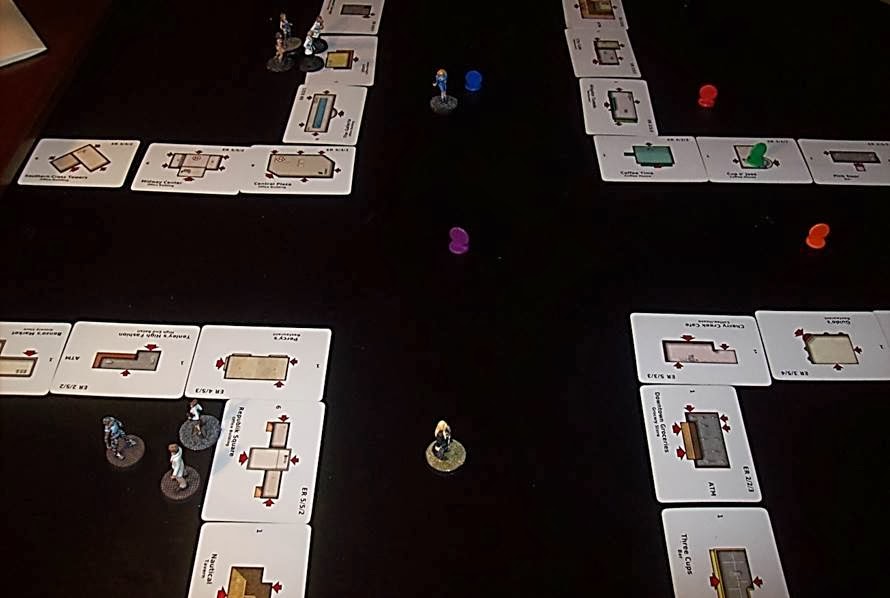 Billy waits for Ashlynn to catch up and they leave the table. She provides the last Clue and that makes 8. Case solved, and time to find out who did it! 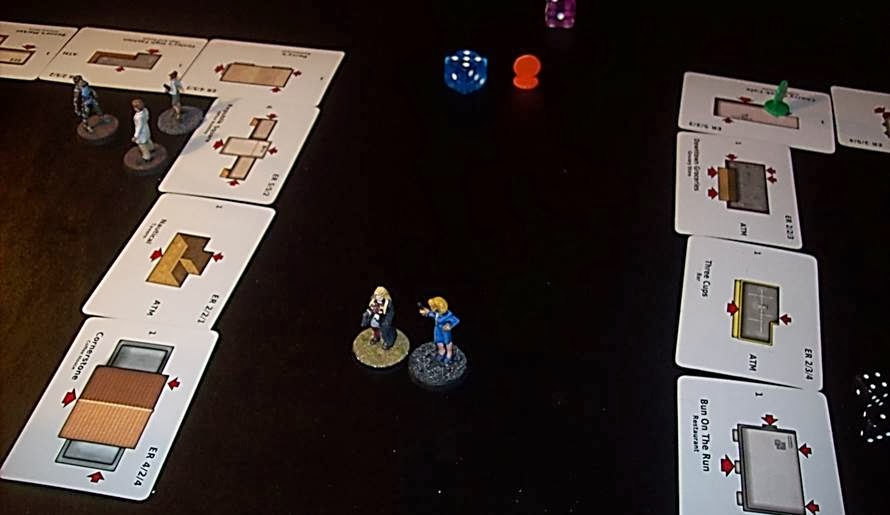 To solve the case you take all the NPCs that have been questioned (that would be nine). I rolled 1/2d6 for each then added and subtracted modifiers for different reasons that applied to each Person of Interest. The result? The Government Assistant. Why?

Didn't get that far. When the info was turned over to the Police a Ganger stepped forward and confessed to the Crime. (It's called the Fall Guy rule found in the upcoming NHC PI supplement, not a guaranteed thing but it happened in this case.

The case went to trial, the Ganger was provided with Exceptional Counsel by an unknown benefactor, the result was guilty of the "accidental death" of  Syd the CVL player. Fines were paid, no jail time required. Coincidentally the Ganger was found dead three days later, the cause is under investigation by the NHC PD.

Billy Pink was brought in for questioning 3 days later for the death of the Ganger on the City Transit train. Billy went out on bail until the trial and was found not guilty with the testimony of Ashlynn Cooper as Eye Witness swaying the jury. That and the blurry Vid-Cap.

I had 15 Encounters on the case. It allowed me to make some tweaks to NHC PI as well as add new rules to cover different situations as things came up. Great fun. No idea where things would go every time I played.

I added 12 new NPCs to Billy Pinks Character Journal. This means whenever that profession is met I roll 1d6. A score of 1 means Billy knows them and saves time in my games. If I need a NPC I have some there to use.