For Part One see

Duke Nicholas had refused battle twice as the terrain that was generated at random was simply terrible. Not that the third table was much better but refusing to fight would have caused the Naples Major Morale to drop by one point. Seeing how the Italian States have low morale to begin with (2) this simply would not do. Both sides had their Battle Tactics (deployment) generated by the game mechanics. No side out scouted the other so deployment was quick and in some respects almost mirror like, no surprise as both armies were similar in composition. This would be a good sized battle with both sides fielding twenty or so units each. So on to turn one. 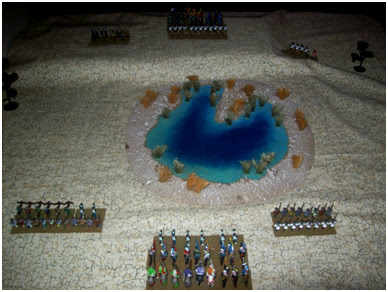 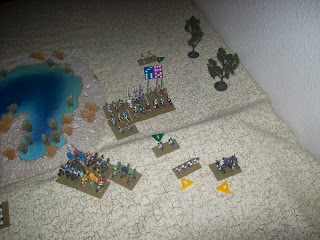 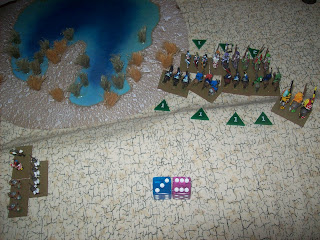 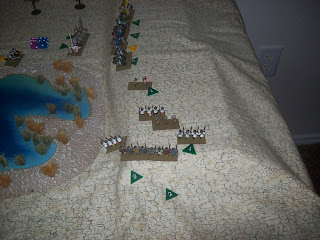 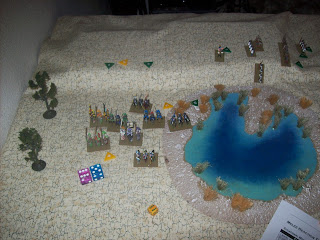 Posted by Ed the THW Guy at 10:15
Email ThisBlogThis!Share to TwitterShare to FacebookShare to Pinterest
Labels: Rally Round the King