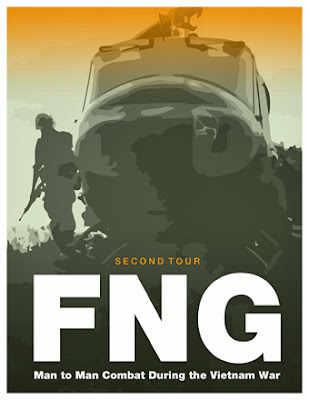 Dear Diary,
Saw my first action yesterday. We were on patrol in the Free Fire Zone and it went okay, sort of. We were up and at 'em before dawn and went into the jungle. Man, it's freaky out there. You hear things more than see things. Murphy said that was normal and not to trip on it but it's still freaky.
Anyway we were moving through the jungle when Peters gave us the signal to stop. I'm not going to lie. I was nervous and didn't know what to expect. They train you before you get here but once you're in country you realize it's not like anything you've seen before. 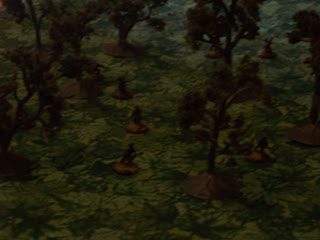 Anyway, after a couple of minutes we began to move again. We were moving along pretty slowly when all of a sudden there was gunfire. Just like the older guys had said, you hear it way before you see it.
I was pretty far back in the line but went for cover as soon as I heard the shooting. I couldn't see anything but could hear everything. The gunfire, the screams, and more. A grenade went off then it all got quiet again. We started to move forward and could see three NVA on the ground not moving. Hansen had his rifle on two NVA who had their hands up. None of us appeared to be hurt.

We pushed on and then I saw them! Five or six dark shapes popping up into view. Before I could think I was shooting at the closest one and I think he went down. I don't know as I went for cover. But at least I fired my weapon. 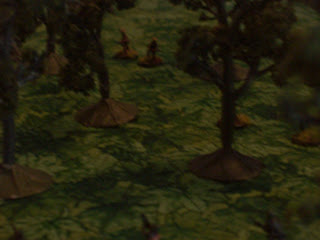 Some of the new guys just ducked down when the shooting started. Anyway, it was over pretty quick. Not like the movies. Two of our guys got hit and looked in pretty bad shape. I didn't even get a chance to learn their names as it seems like our guys are coming and going all the time.
Anyway, we grabbed a couple more prisoners and finished our patrol. I heard a couple of older guys saying that the NVA guys had satchel charges on them and were headed towards the base. Who's to know.

Posted by Ed the THW Guy at 12:47
Email ThisBlogThis!Share to TwitterShare to FacebookShare to Pinterest
Labels: FNG2