On Gaea Prime reports are coming in that the Planetary Defense Forces on Entoich V (1) have been attacked by Spug raiders. Star Army has placed their forces on alert and monitor Intel on a daily basis.
(1) Entoich V is a small planet under Gaea Prime protection in the 5th Ring. It has a desolate ash-like landscape with rivers of lava running over it.

The 1st squad of 3rd Platoon, "A" Company is charged with a recon patrol up the Mirsa to an abandoned settlement. Word has it that the Spugs are heading this way.

Spugs are pretty fixed in purpose.

This is a consistent problem with all Planetary Defense Forces, they don't have much stomach for a fight.

·         Your objective is to recon the table.
·         To be successful you or one of your squad leaders or assistant squad leaders must spend one turn of activation within 6" of the edge of the table in sections 1, 2, and 3. Once you have accomplished this you must report back by exiting the table from the edge that you entered. 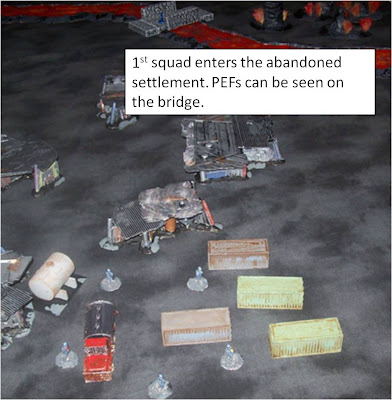 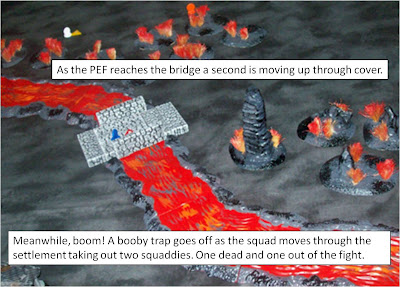 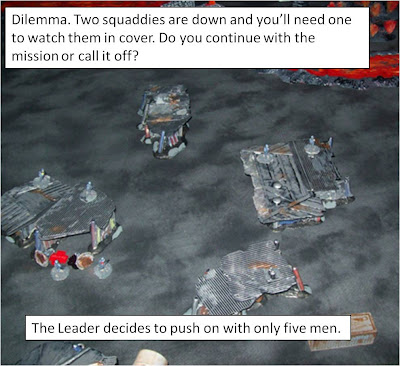 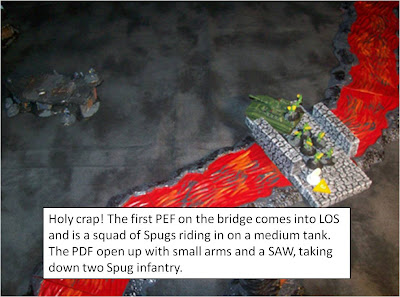 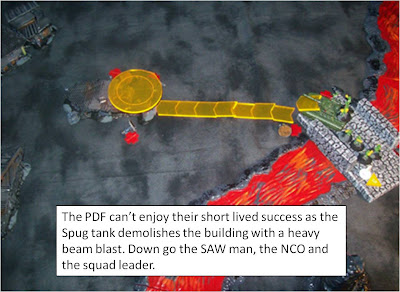 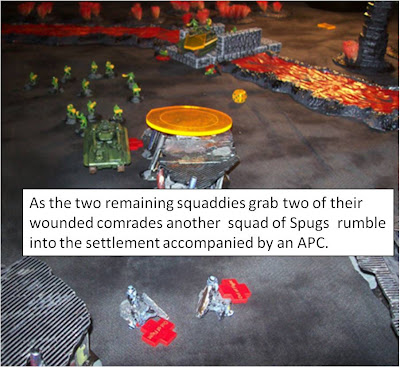 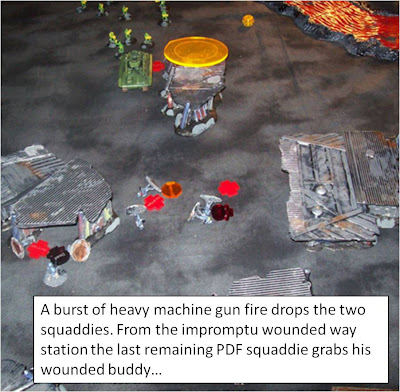 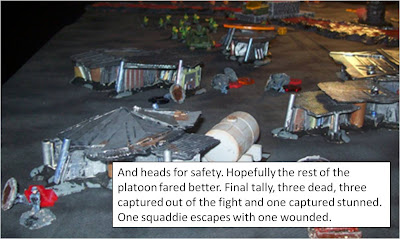 Aftermath
The Spugs are heading south towards the capital zone.  Spug Morale is high as the PDF are falling back all along the front. The rest of 3rd Platoon is to defend against a Spug advance.

Spug Morale goes up to 5
Spug IL stays at 3
PDF morale goes down to 1
PDF IL drops to 2
Receive a Rep 3 Leader
Rep 4 NCO
4 Rep 5 squaddies
Next Mission - Defend
Watch for the release of 5150: Star Army - Alien Doc 001 - Spugs
Got Spugs?
http://www.sprigganminiatures.co.uk/
Posted by Ed the THW Guy at 16:30
Email ThisBlogThis!Share to TwitterShare to FacebookShare to Pinterest