With the release of Mooks and Druid's Children tomorrow, I thought I'd play a game where a band of Orcs run into a Band of Wererats. All minis from Splintered Light . 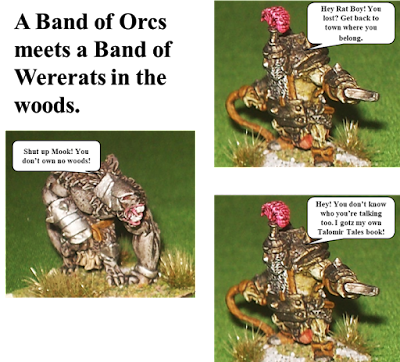 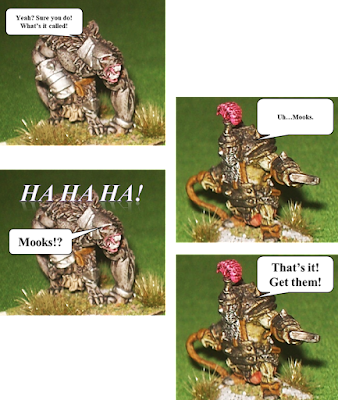 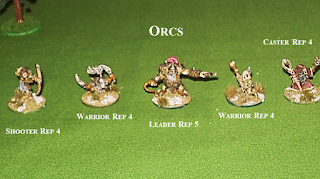 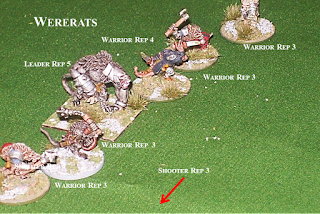 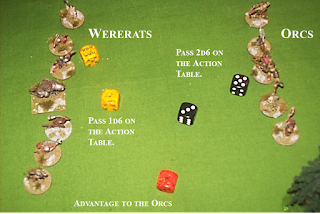 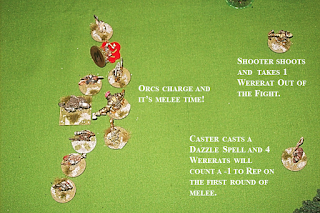 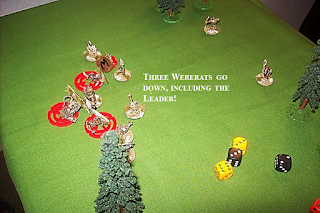 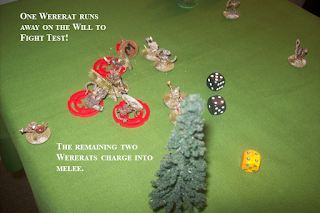 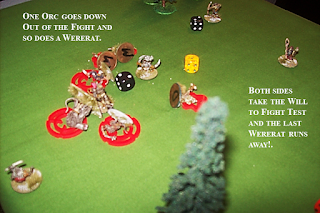 The Orcs were lucky on two accounts. The 1st one being that they won  on the Action Table. This allowed them to attack first 5 on 5. If the Wererats would have attacked first, they would have been able to double up on two Orcs as they had numbers on their side.
The 2nd being the Caster got off a successful spell. Not the Damage Spell I had hoped for, but the Dazzle Spell helped a lot, reducing the Rep of each Wererat by 1 point in the first round of melee.

All in all, a fun game. Watch for Mooks and Druid's Children tomorrow.
Posted by Ed the THW Guy at 11:23
Email ThisBlogThis!Share to TwitterShare to FacebookShare to Pinterest
Labels: AARs, Mooks, Talomir Tales, THW Game Design, Two Hour Wargames