Arthur, Carl, and Dion make their way to the Cathedral. Arthur is introduced to Anton the Bishop while the other two wait in the foyer. Anton reads the Letter of Introduction from the Cardinal and tells Arthur what he must do.

(I won't tell you what the Mission is, so as not to ruin the upcoming supplement, New Market Round).

After leaving the Cathedral the trio enter the crowded street. Suddenly Arthur is pushed from behind and into a tall Gentleman. Before words can be exchanged he throws off his cape and demands an apology from Arthur. The crowd backs away and gives them room to fight. 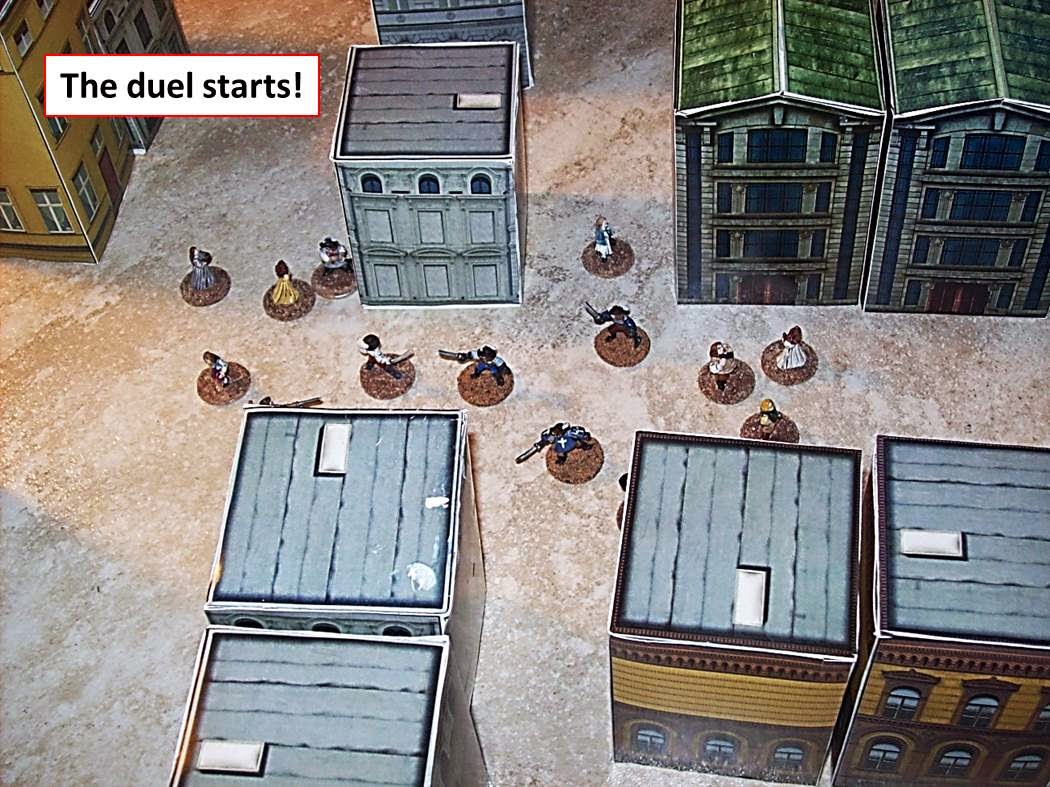 Each duelist has five Dueling Stats - Swordsmanship, Aggression, Quickness, Power and Stamina. Fighting starts on the En Garde Table then moves to the Dueling Table, to the Taking Control Table and finally to the Killing Stroke. By combining different Stats on different tables the duelists go back and forth from table to table as first one, then the other, gains an advantage. 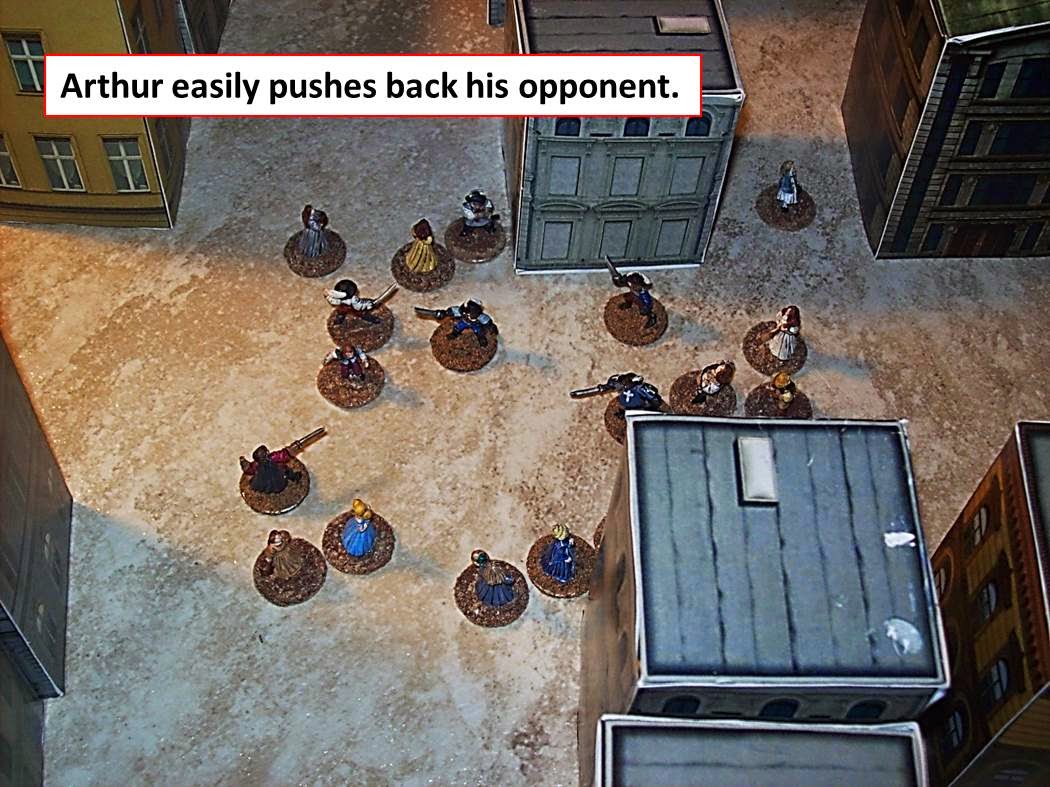 On paper, Arthur is the better of the two, even though his opponent fights Sicilian Style, with sword and dagger. He has a distinct advantage in Swordsmanship and Quickness. I don't use any Bonus Dice and the opponent does, just to stay even. Arthur is wearing him down. 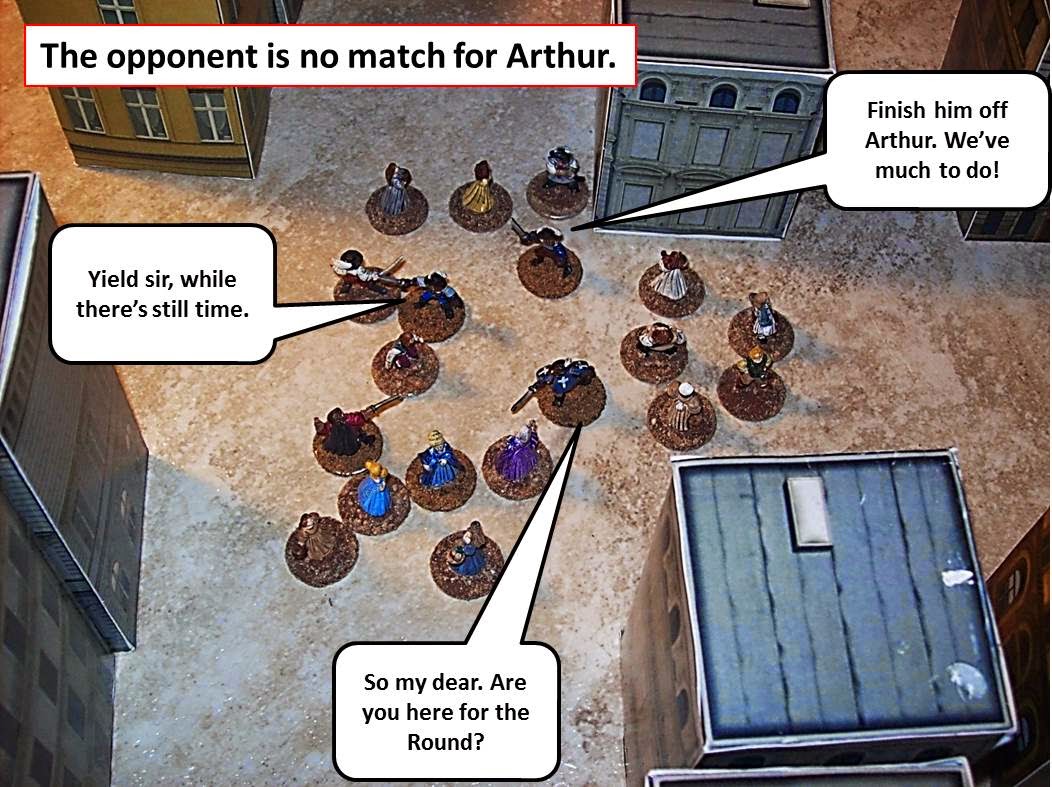 After four rounds, Arthur has him up against a wall and goes in  for the kill. 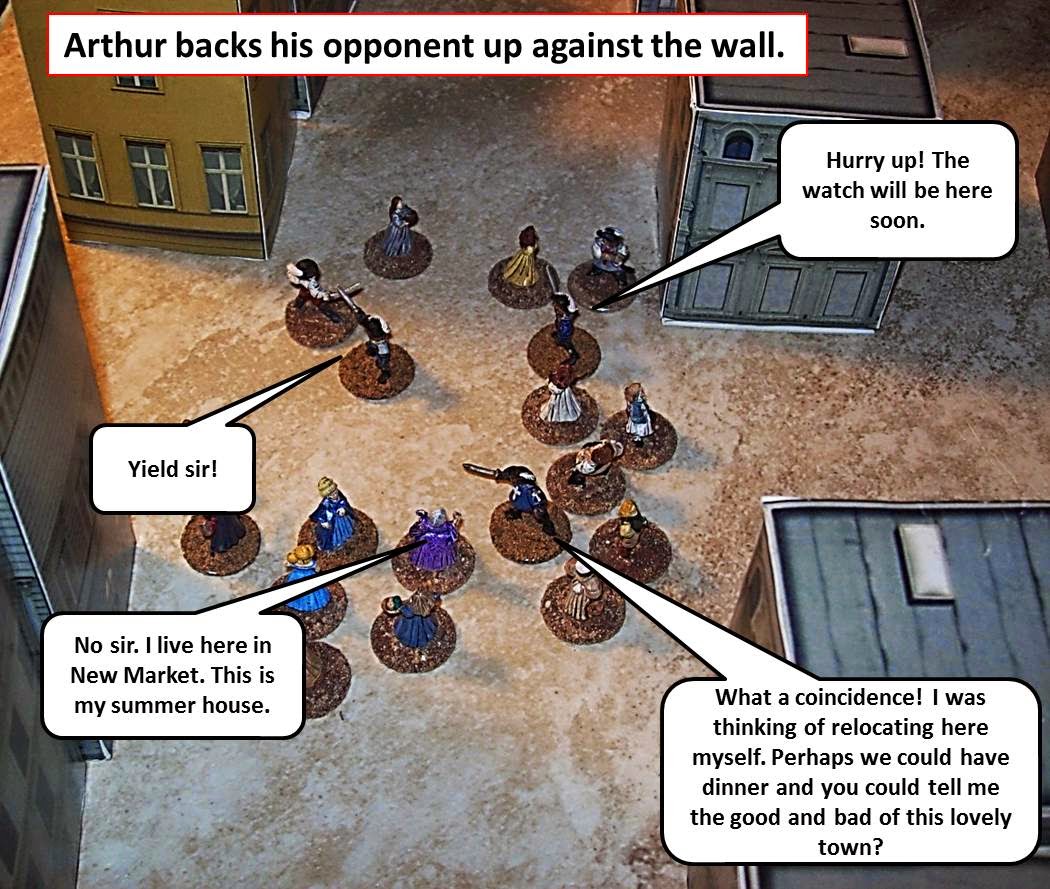 And I roll crap dice! The opponent scores a chance at a Killing Stroke and I have to commit to using lots of Bonus Dice as the opponent will as well (this is determined randomly but the odds are greater of their use on the Killing Stroke). This time the opponent rolls average and I roll very good! Luck is in Arthur's favor as he scores a wound to his opponent...who should yield. But he doesn't. Instead he gets us back to the En Garde Table which mans roll for intervention. This is taking much too long and that increases the chance of ... 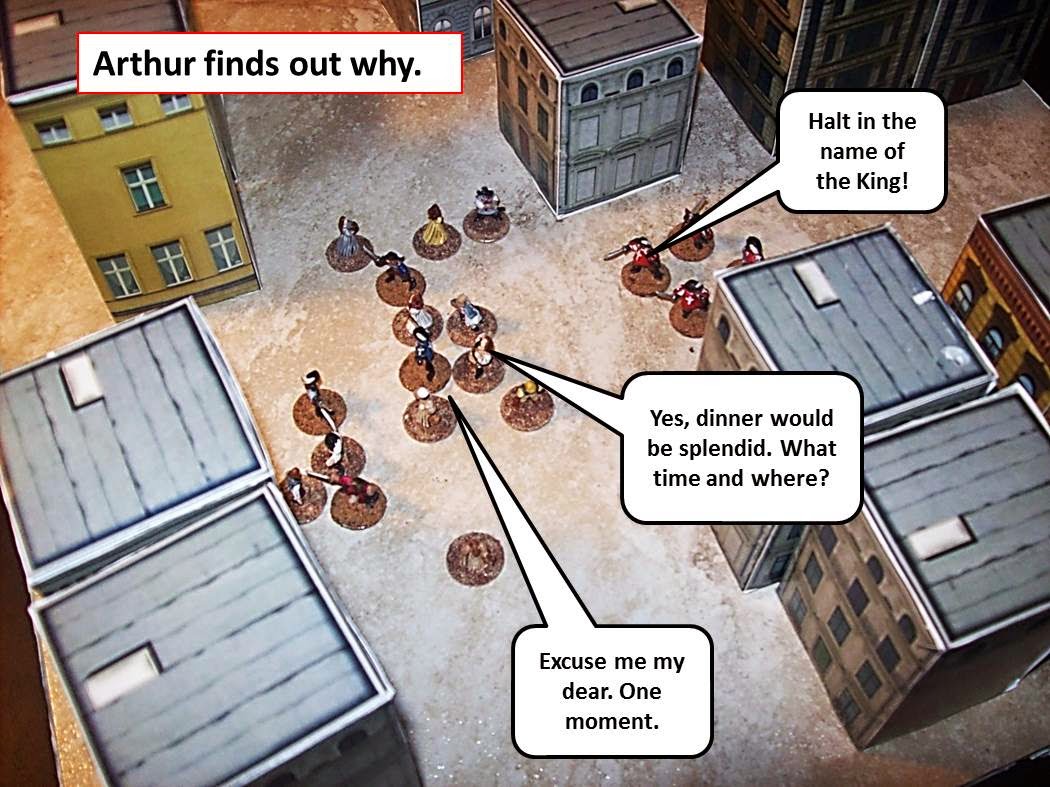 Here's the dilemma. Looking at the rules, the Watch has arrived. I can attempt to run,  but that will make Arthur a fugitive. Fighting the Watch is crazy. 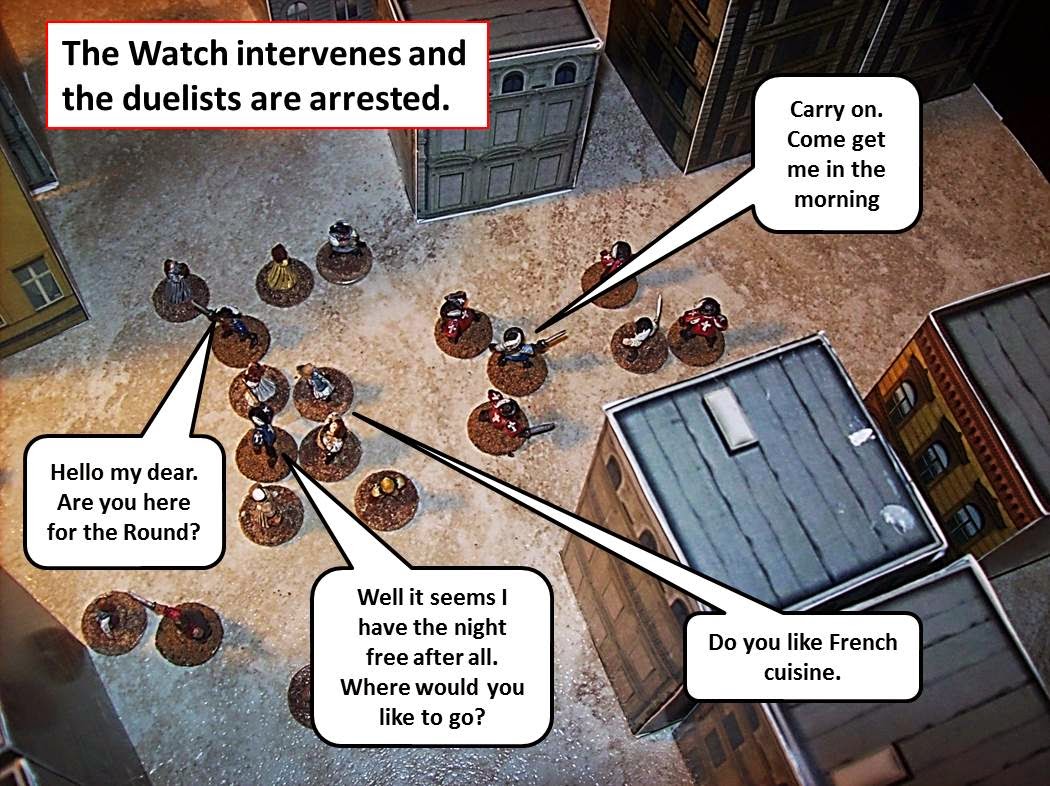 I decide to allow Arthur to be taken into custody. He will go to trial in the morning but I have Carl and Dion.. Rolling for their reactions to see what they will do, I see they have decided to explore other delights tonight while Arthur sits in jail. True Gentlemen. But tomorrow is another day!

This leaves only 4 more days to solve the Clues and fulfill the Mission.
Posted by Ed the THW Guy at 07:54
Email ThisBlogThis!Share to TwitterShare to FacebookShare to Pinterest
Labels: AARs, By Savvy and Steel, Imagi-nation, New Market Round, The Message, Two Hour RPGs, Two Hour Wargames