War on the Edenstein Border! 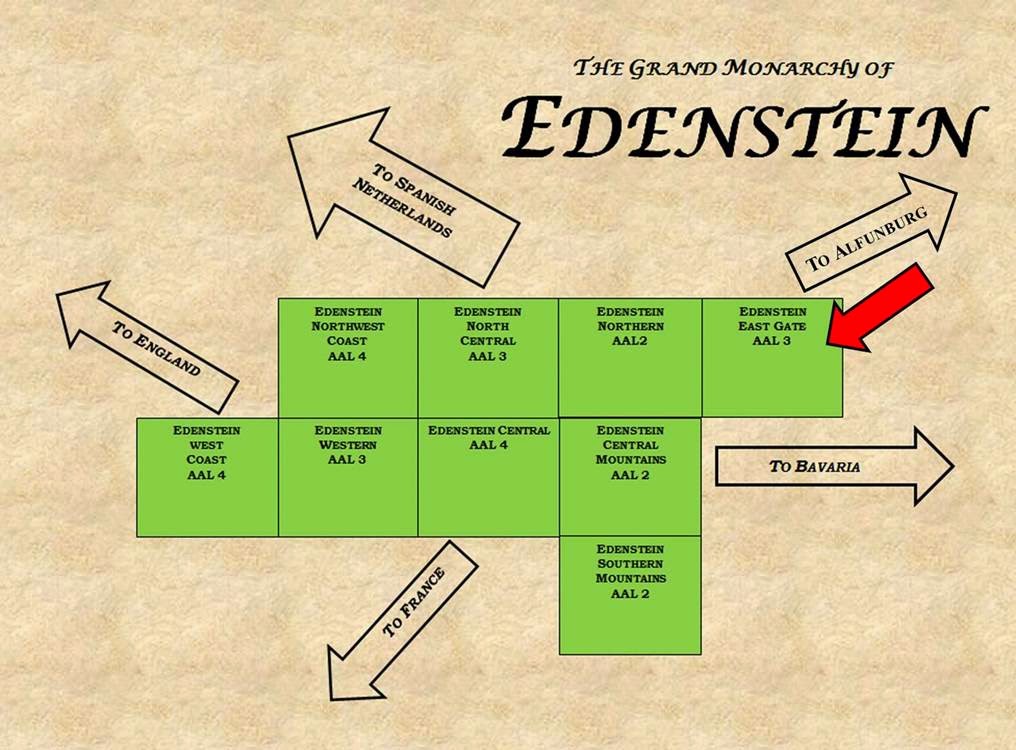 1st Patrol
The goal of the Mission is to reach the opposite edge of the table and spend one turn of Activation in each section, scouting the area.

My Leader is a Rep 5 Star with 4 Grunt Riflemen. My NCO is a Rep 5, two of the soldiers are Rep 4, and one is a newbie, Rep 3. All are armed with rifles; better range and accuracy than a musket.

PEFs are placed and we move out towards the woods. The 1st PEF is resolved as "something's out there". This means use 3d6 instead of 2d6 to resolve the next PEF. 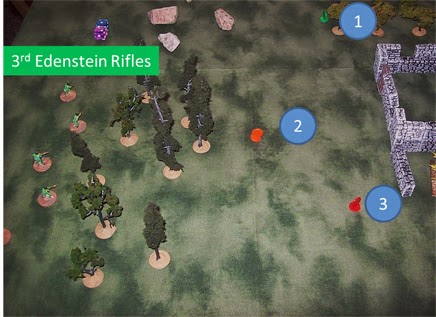 We move forward to the tree line and get Line of Sight to the remaining PEFs. Both are resolved as Contact for a total of 7 Alfunburg soldiers. Three are Rep 5 Grenadiers and the remaining four are Rep 4 light troops. They win the In Sight and fire first! 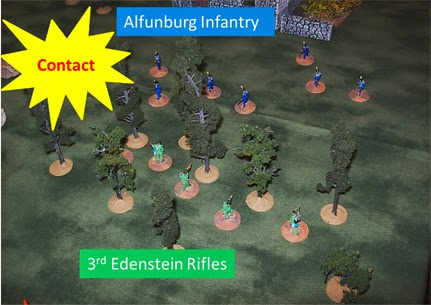 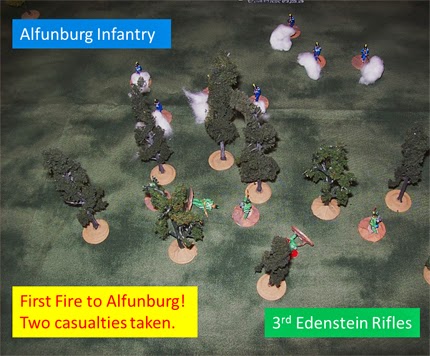 My Star goes down and has to use Star Power to stay in the fight. This means regardless of what happens, he can't count the Mission as a success. A second soldier is hit and Out of the Fight. The men take a Crisis Test and pass. 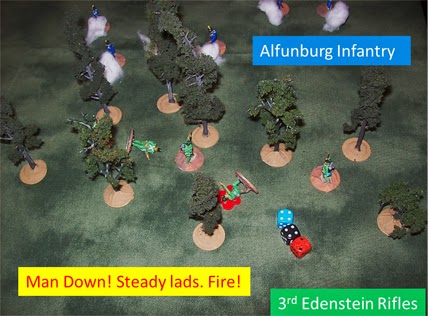 Being still active, the Rifles return fire, taking out two of the enemy. The Alfunburgers take a Man Down Crisis Test and two of them head for the cover of the walled garden. 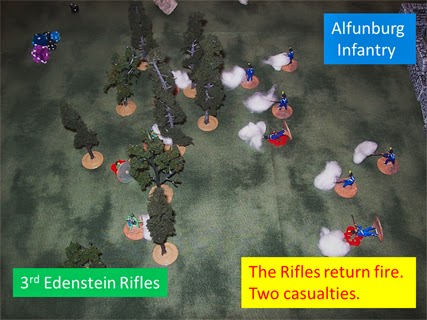 "At 'em lads!"  The Rifles charge and melee begins. Lucky for them the Alfunburgers had fired and had no time to reload. 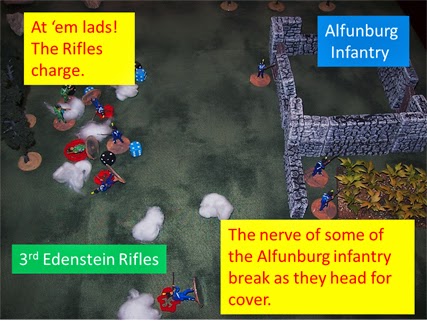 The combat is brutal and quick. Two grenadiers go down, one OOF the other OD. But the Edenstein newbie is killed. The rifles continue the melee, one enemy runs for cover, morale failing; the last grenadier is killed. 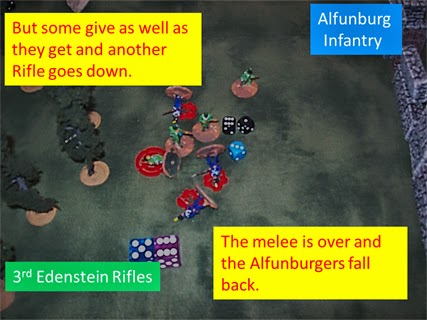 Looking about my Star decides with one dead and one wounded it's best to retire. 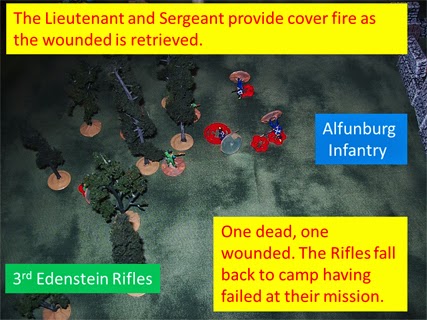 The Rifles fall back, the Mission a failure. But at least they know that the Alfunburg army is about. We test for Decreasing Rep due to a failed Mission. Luckily everyone passes.I roll for casualties. The Rep 4 Rifleman recovers and a new, Rep 4 Rifleman replaces the newbie.