Not just another ATZ game...Mass Hysteria - This Time It's War! 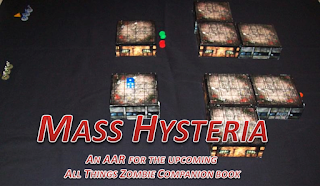 "Do you understand Sergeant? " asked the Lieutenant.
"Yes sir," he replied."Permission to ask a question, sir!"
"What is it?"
"Isn't this mission hard enough without having to babysit those civilians over there," Sgt. Conroy asked, nodding to the mixed group of civilians talking and smoking.
"They don't need babysitting Sergeant." the Lieutenant said. "Besides, they're fighting for their homes, just be glad they stayed. Now tend to the mission Sergeant!"
"Yes sir!"

Sgt. Conroy left the tent and walked over to where the civilians were gathering. Geez, what a motley crew, he thought. Gangers, Soccer Moms, even some over anxious Old Timers. As he surveyed the group the police unit rolled up.
This is going to be one hell of a party, Conway muttered.
"All right everybody, listen up!"

Patrol the area and see what the zeds are up to. You have three units, one each of military, police and civilians. The game starts with three PEFs on the table and the three human units spread out to cover as much ground as possible. It's a low Area Investment Level (1) so not much in the way of zeds is expected.
But that can change fast.
Note. Mass Hysteria shares some game mechanics with ATZ but as the scale is larger where players run multiple units there are lots of new ones. This is a multi-figure unit based game with players easily running 10 to 20 units each. The three biggest changes to reflect this being a unit based game are shooting, melee, and most importantly the Crisis Test. There's also a pretty cool and simple way to generate zombies but we'll go into more detail in future reports, this one is to get a feel for the rules. 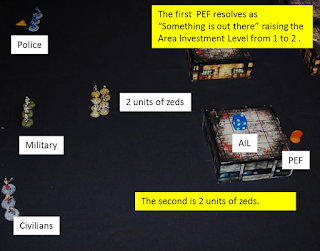 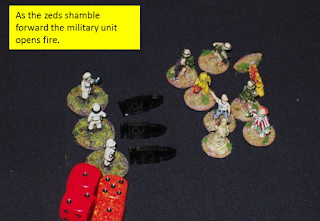 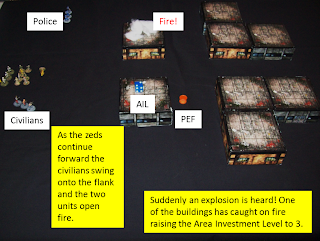 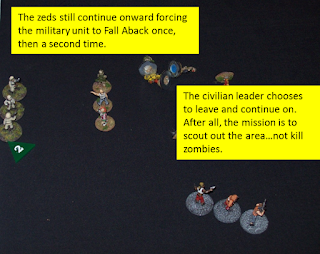 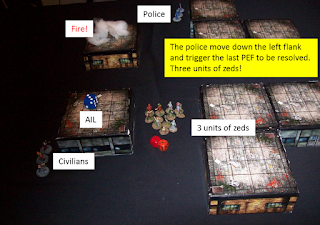 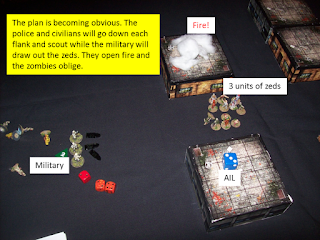 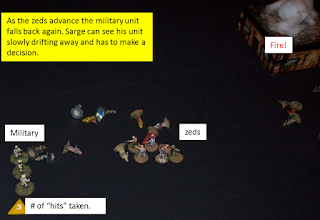 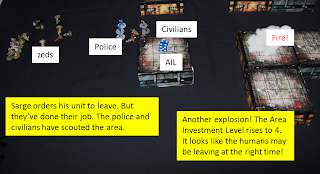 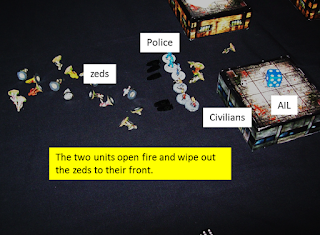 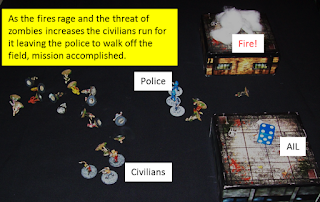