"I'm here, " Billy replied as he slid into the pilot seat. " Battle stations everyone and be sure you know where the escape pods are at!"

The Slaver and the LA Woman flew towards each other. The Hishen moved at battle speed, significantly faster than the LA Woman who had taken heavy Thruster damage. 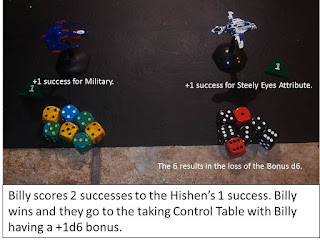 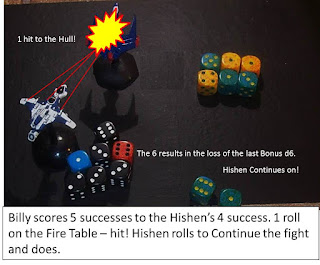 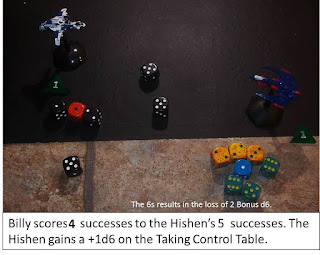 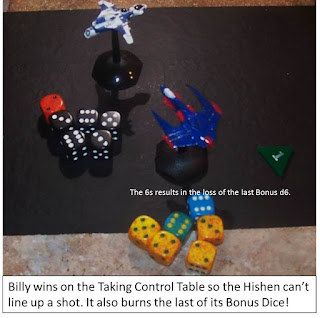 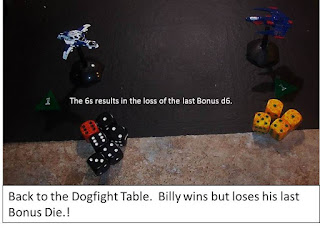 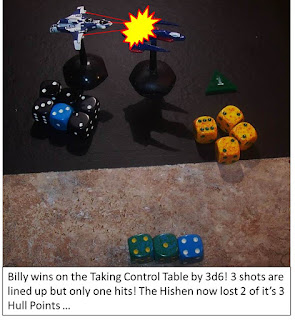 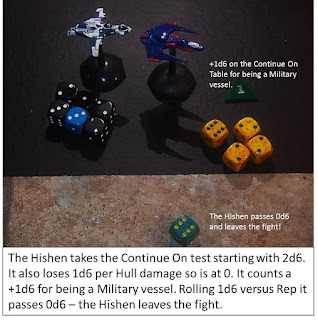 "Yep, maybe too close," he replied. "Sooze, plot us a course to the nearest Class 2 Planet. We need to get the engines fixed ASAP."