While the Alien was busy with the gunfight, Billy and Ashlynn went to a Casino in the Pub & Rec Area. After resolving 2 PEFs they entered the Club and resolved the 3rd - known as the Target in Fringe Space. This resolved as an Exotic. Rolling on the NPC Generator for Profession and it's a Xeog Athlete. Rings a bell.

More quick d6 rolling and I've found out that the Xeog is the guest of the Casino owner and has a private suite. Sounds like a good time to bet on a CVL game. It's a game between the NHC Rollers and the Cestus V Brigands. Ashlynn wants to make a good sized bet. She'll use the mechanics found in the upcoming 5150 Tool Box #1. 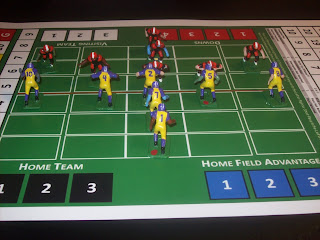 CVL is a sci-fi football game that is close to production. Playable with any football figures for existing games, even fantasy based ones. 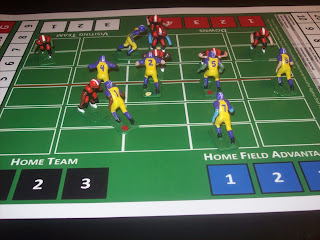 I use the old school Tudor Electric football models but we're looking into making our own models. 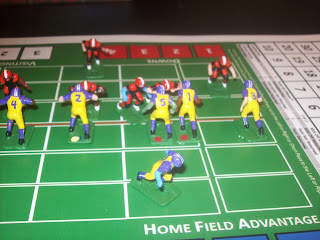 Unlike most football games where the players run up and down the field, CVL is divided into zones that the players occupy all the time. Where they are placed and where they move to determines the type of play. 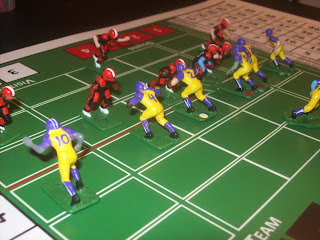 After the play is resolved the players return to the zones and the ball is moved on the field tracker on the side. Plays are resolved in less than a minute or two and the game plays quickly.
There's also an owners point of view and mechanics for non-player teams to play head to head in a matter of minutes.
Which brings us back to Ashlynn's bet. 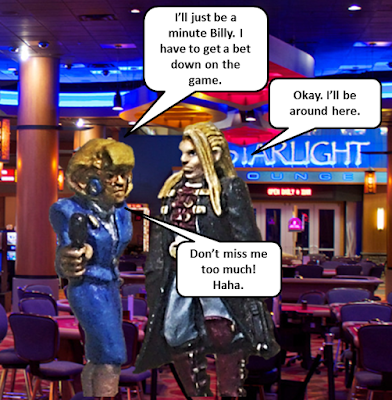 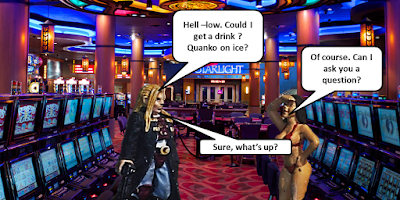 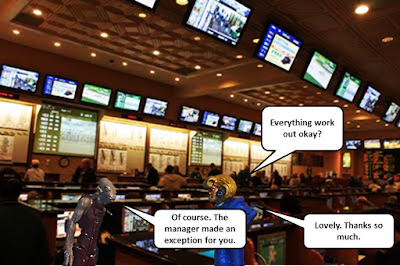 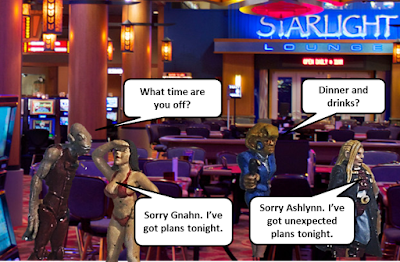