Part 3
One of the cool things about Fringe Space is you can choose to continue the story when your part is done. Once your characters leave an Encounter you can continue on with the NPCs you meet. Here's an example -

*********************************
Billy has finished negotiating a Hauling Passengers Job with an Alien Shaker and its Xeog body guard. The Alien has some things to attend to while Billy and Ashlynn decide to "see the sites" in Elysium and meet the Alien at the Spaceport in the morning. From there they can head back to New Hope City where Billy has his ship. From there - well, Billy doesn't know yet, but the $$ is large enough to not worry about it. After Billy and Ashlynn leave the alley I continue the story from the NPC Alien's point of view.
A PDF is resolved and ... 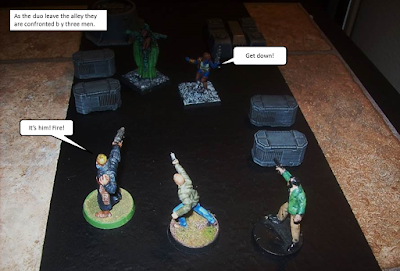 Three Basics are resolved. Rolling for movement - the Xeog and Alien are moving when they contact. This means they do not count as in Cover. 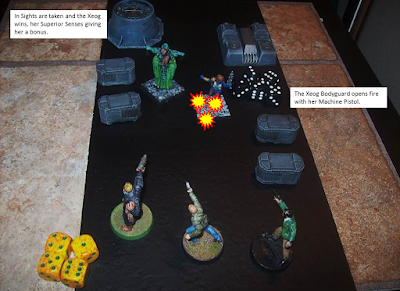 The Xeog wins the In Sight and fires at all three targets. If she did not, those that weren't fired at could fire at the Alien. 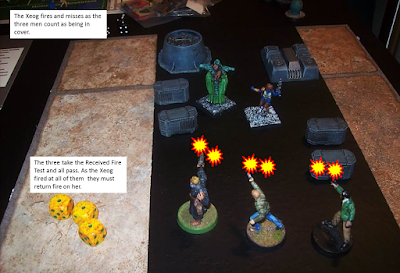 Once the winner of the In Sight has fired, they are considered to be in cover. 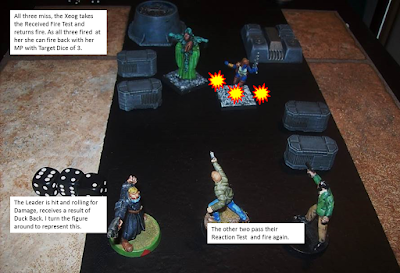 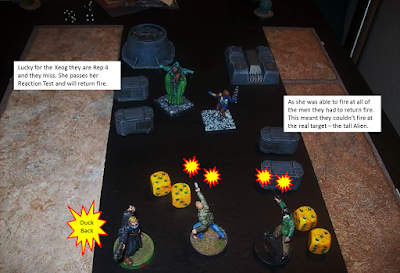 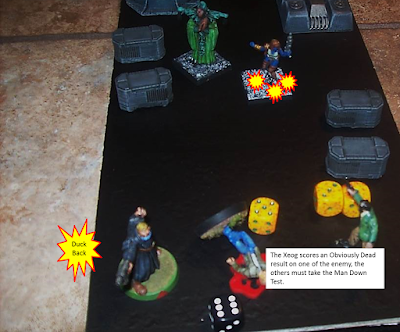 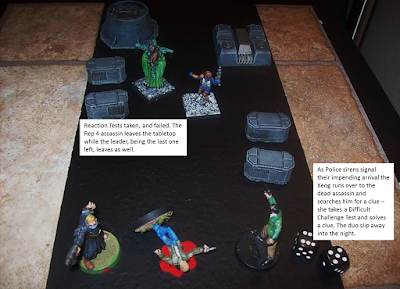 This took one turn and once the assassins left the tabletop I rolled for Police arrival. Being a high Law Level area they would arrive on the next turn. Luckily the Alien and its body guard had disappeared by then.
What had I learned? Someone wanted the Alien dead.
Posted by Ed the THW Guy at 11:31
Email ThisBlogThis!Share to TwitterShare to FacebookShare to Pinterest
Labels: 5150 Fringe Space, 5150 New Beginnings, 5150 Urban Renewal, AARs, Elysium, Two Hour RPGs, Two Hour Wargames