Life of it's own - Urban Renewal Bat Rep

Played a game last night. Started out designing a Poker game to be used by characters in Urban Renewal based on their Savvy Skill. A cool little diversion that uses a neglected Skill and the new Cash stat. So I rolled up four NPCs, three of the trusted Aliens from New Hope City, PI. and the last one was a Basic NPC Detective. As I've a pretty good log of NPCs from Billy Pink's adventures in NHC I rolled 1d6 and scored a "1". That meant a familiar NPC so pulled out Kay Dee, the undercover detective that first appeared in the Sudden Death case.  I set out the players and started to play. 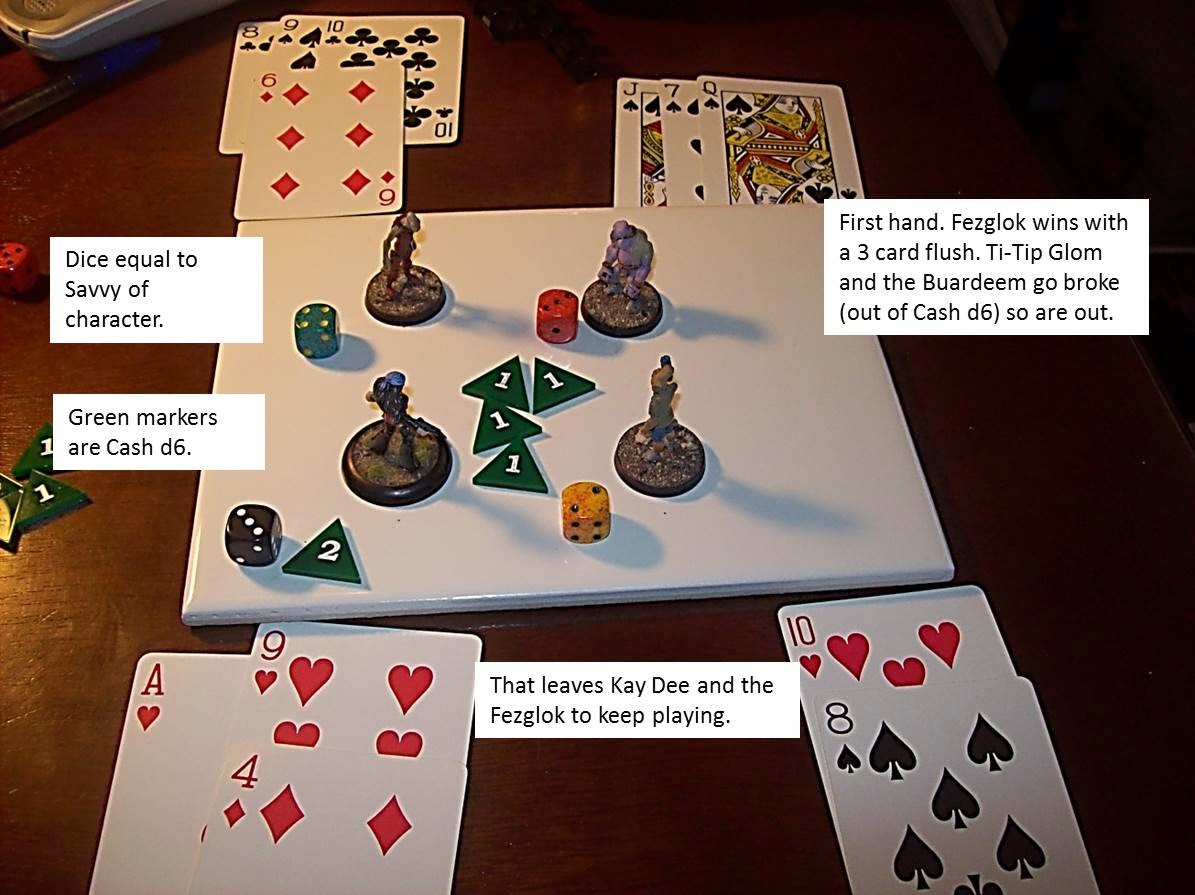 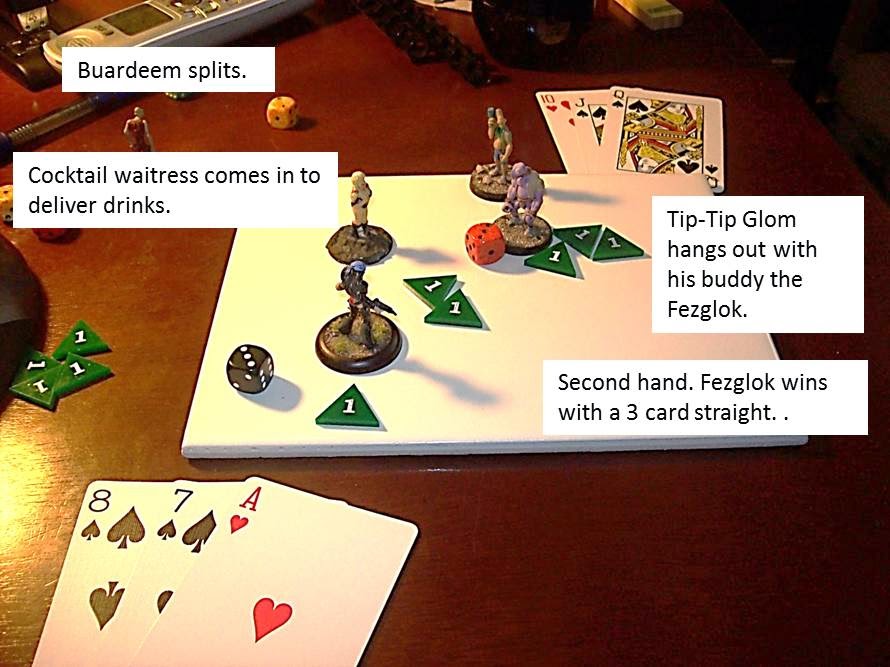 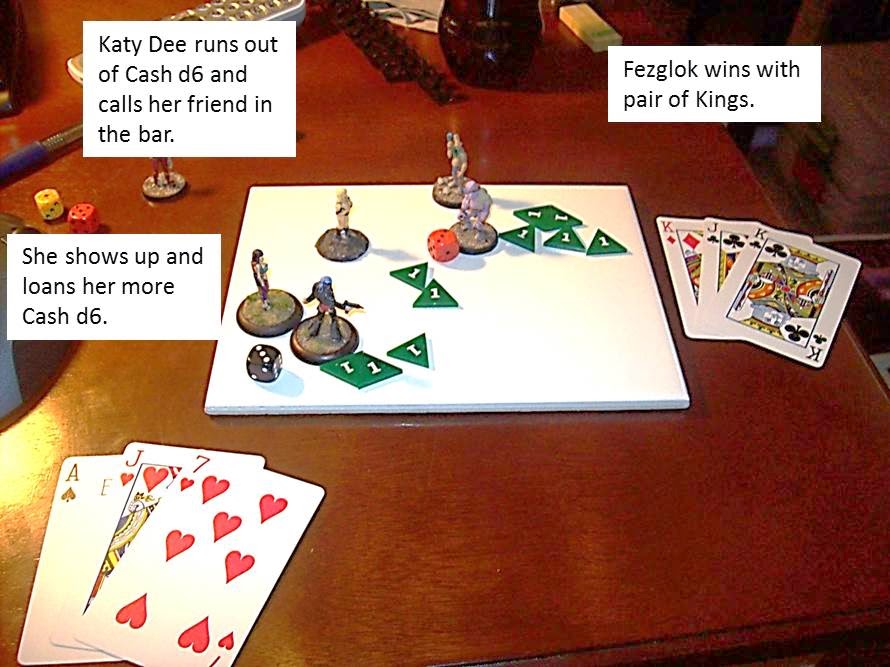 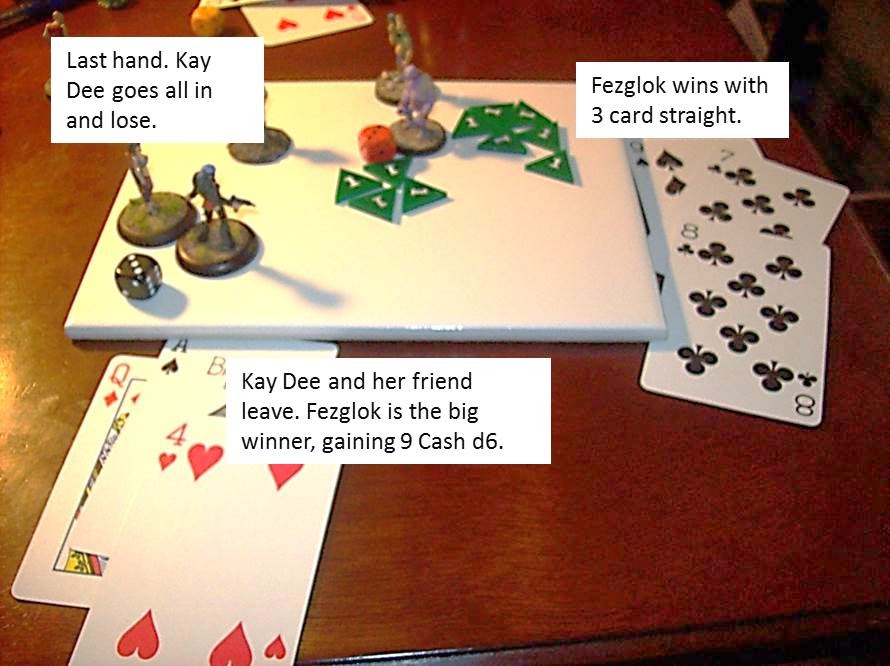 Okay, so by this time I was pretty ticked off. Fezglok won every hand and I knew he was cheating. I'm thinking Kay Dee probably isn't very happy being taken by a couple of Gangers. Oh well, what can I do, can't arrest them for anything and if she did it would blow her cover.

Then it hit me. Let's see if these punks get robbed on their way home. Rolling on the Robbery Table in the Chillin' Encounter meant that they would be! Sweet, so I decided to check back on Kay Dee. Yep, I was right. Kay Dee has a jealous cop friend (Carlzk) who's a bit of a loose cannon (also from the Sudden Death case). Perfect, I'll use him and some off duty cops to shake down the Fezglok. If the Fezglok wasn't packing he'd roll over.

Except the Fezglok was armed and didn't roll over. 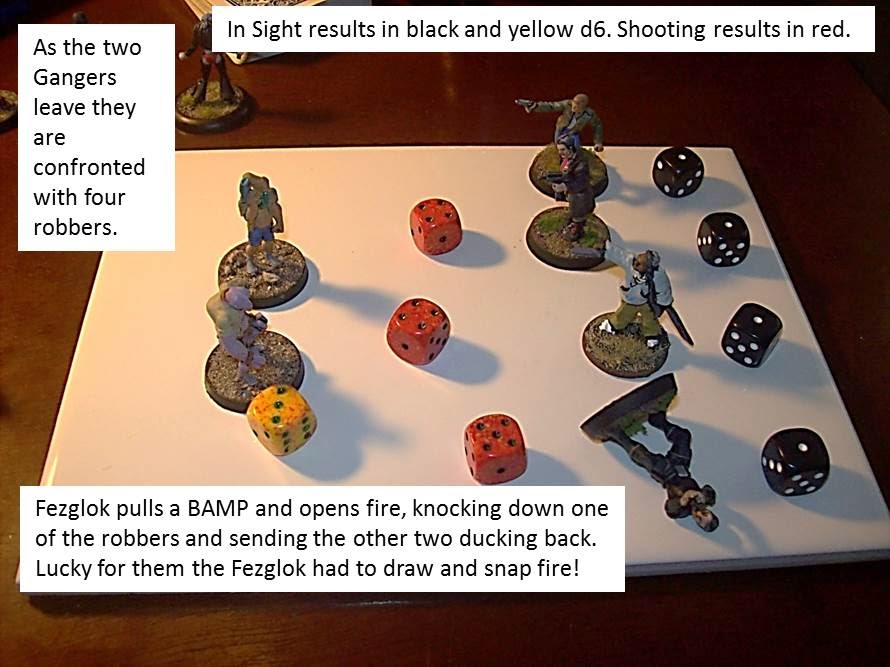 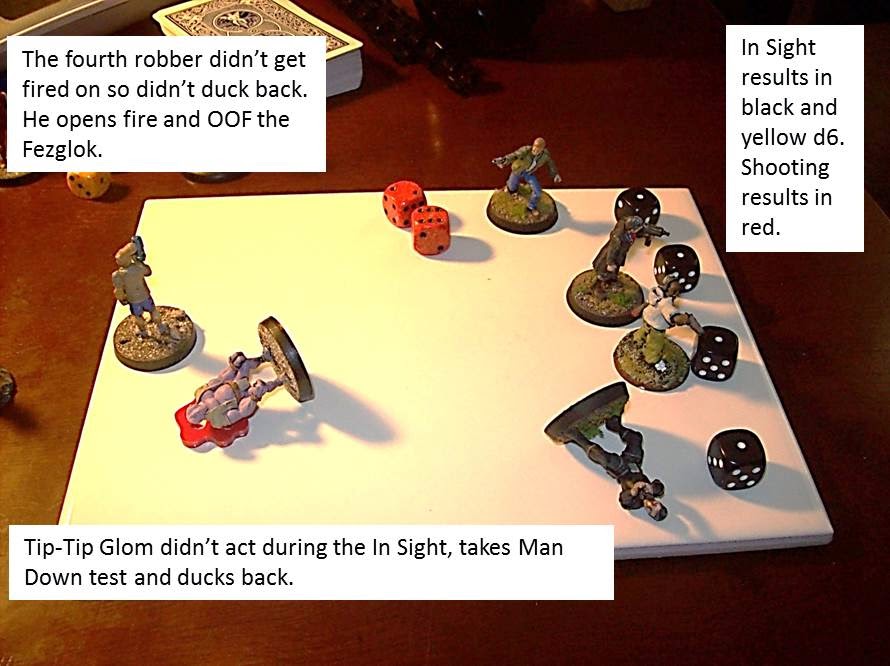 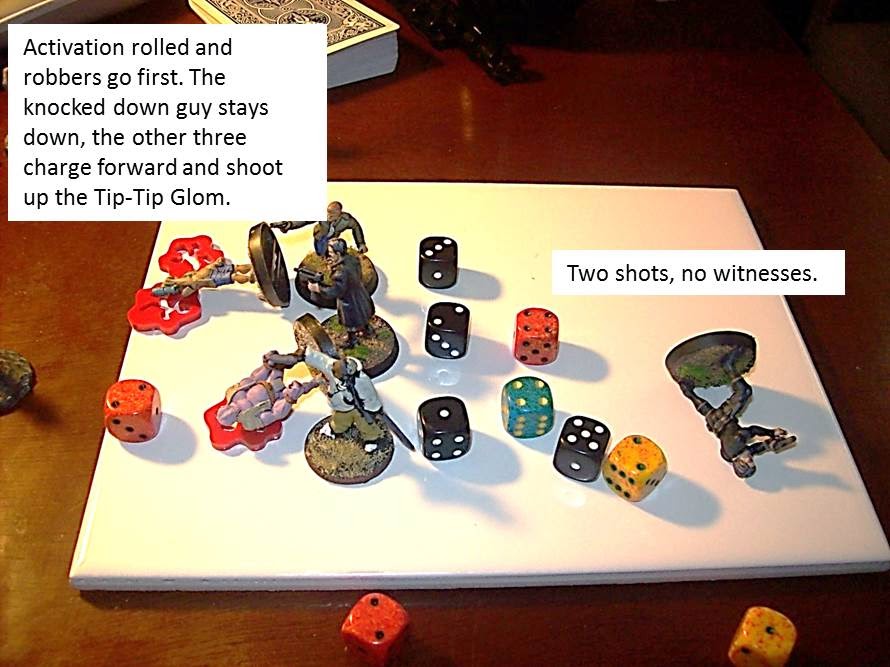 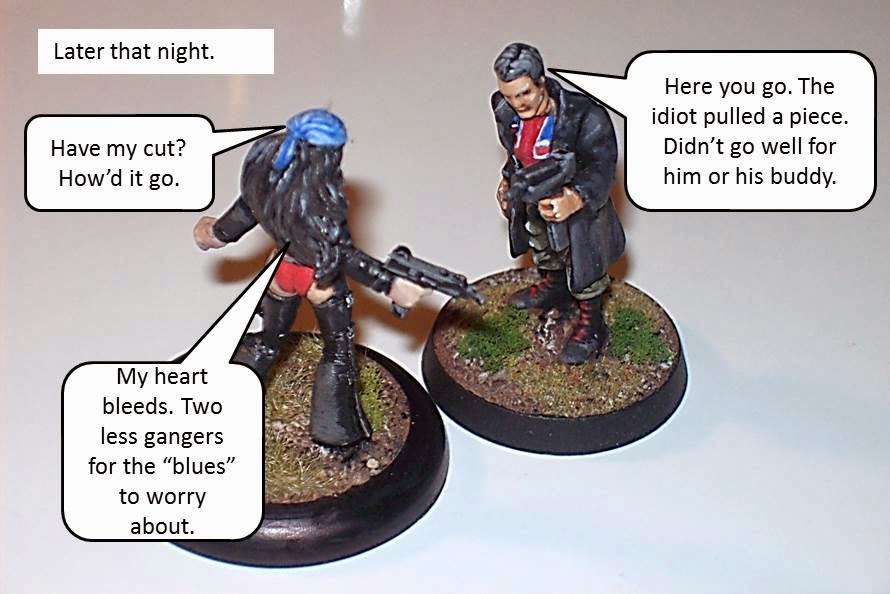 I brought in Ashlynn Cooper to do a story but realized that another dead Ganger or two wouldn't even make the news. And of course, no witness came forward. I love how the city kind of runs itself. 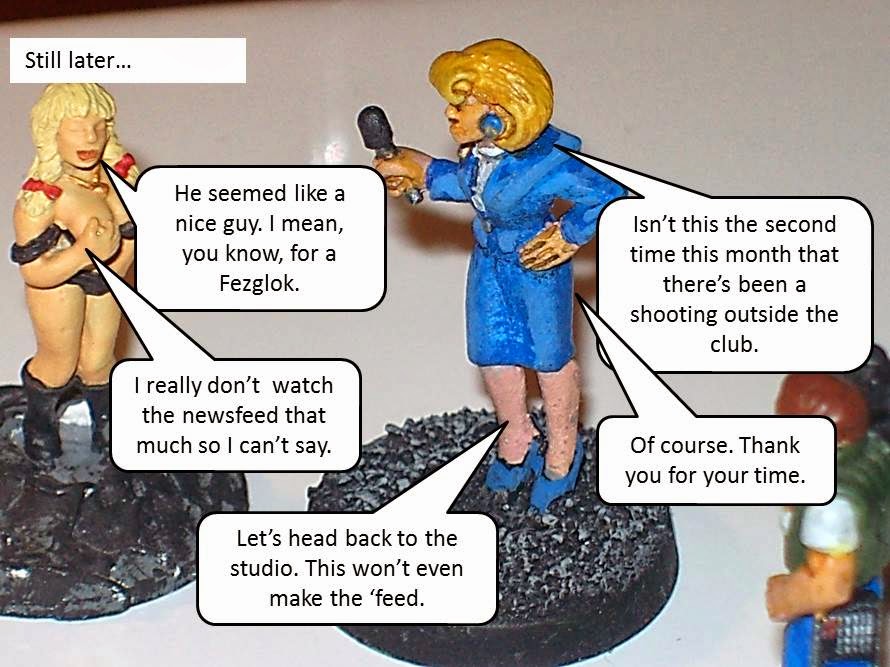