Dark Clouds in the East - Kjoth and Chapka

This Rally Round the King battle came about due to a new map of Talomir that I created. Take a look. 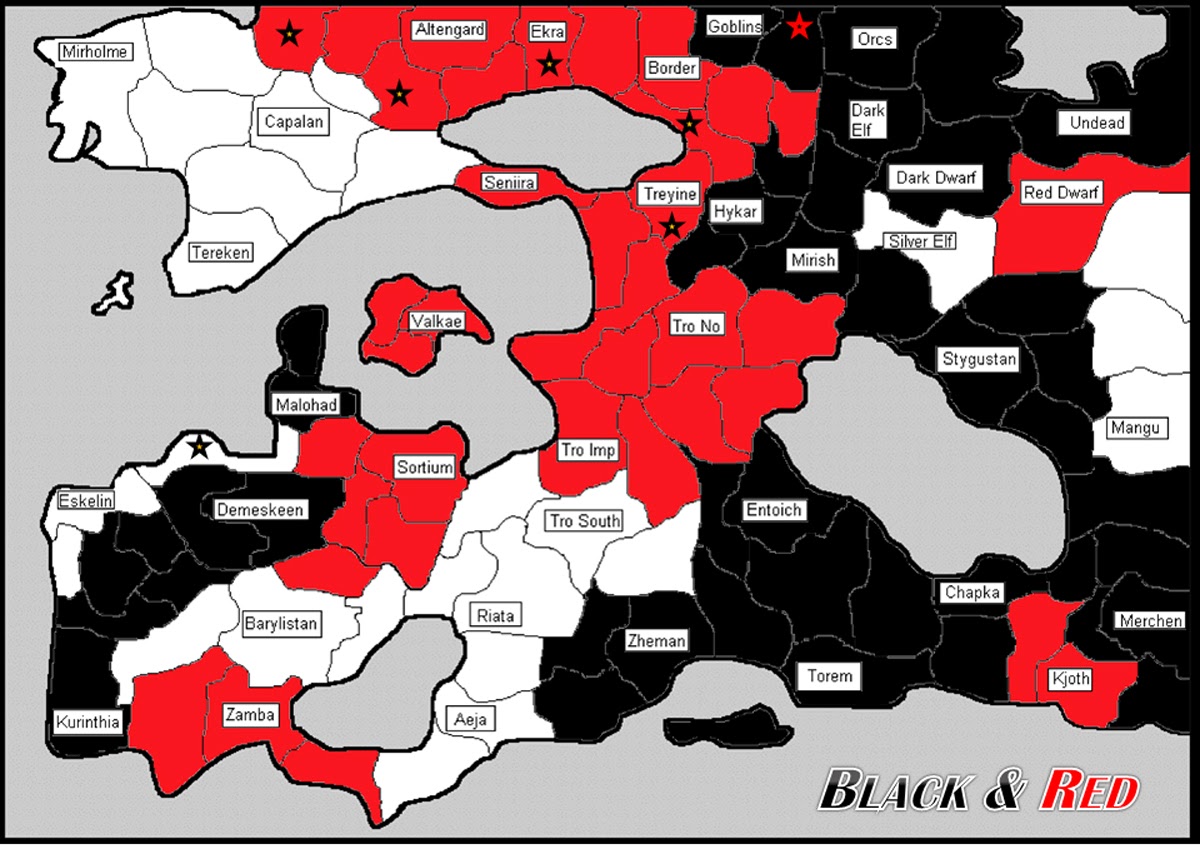 The picture has Black Moon countries in black, Red Sun countries in red and neutrals in white.  The stars are the holdings of the Brethren. But what jumped out to me was how the southeast corner of Talomir is so devoid of Red Sun adherents. Except for the tiny, surrounded, country of Kjoth.

This gave ma an idea. I've been reading about the Templars and of the Crusades and thought "If I ruled Kjoth I'd try and get the Brethren to start a Crusade." Well reading the book gave me an historical blueprint. And this resulted in the following battle. 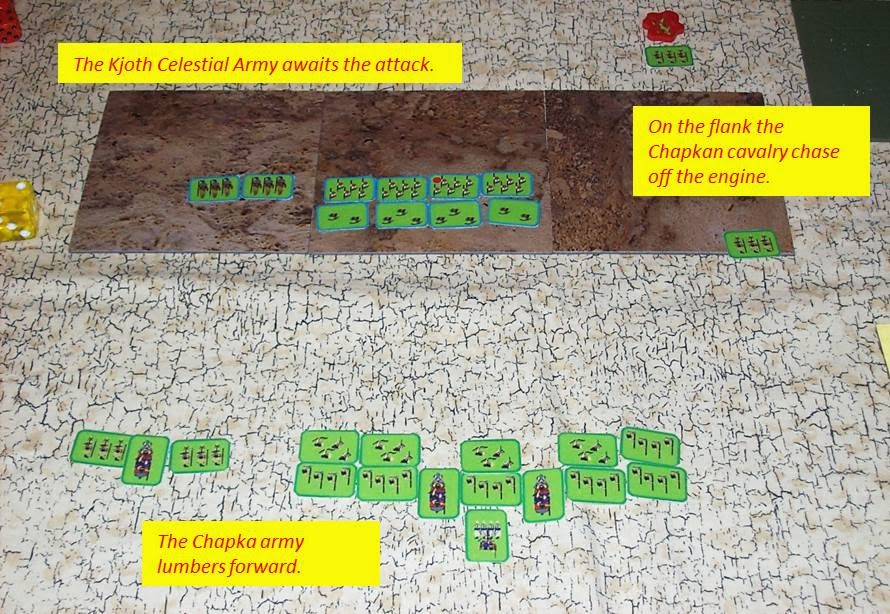 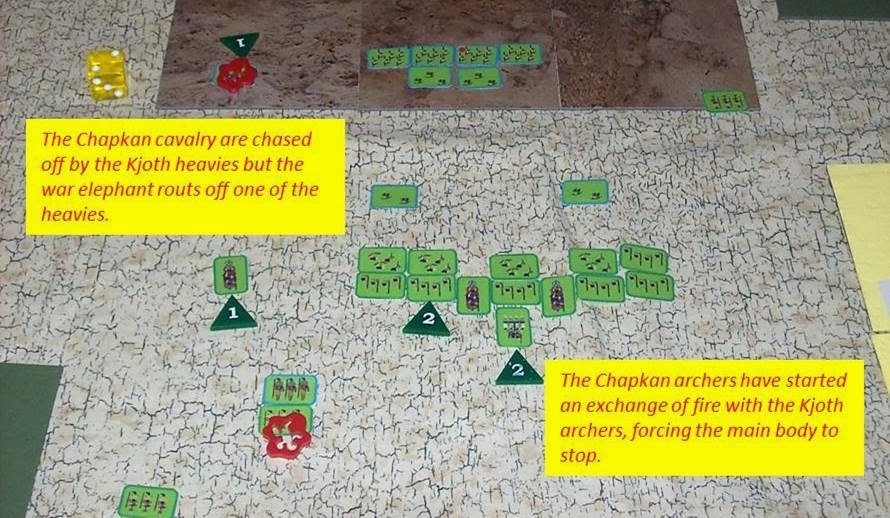 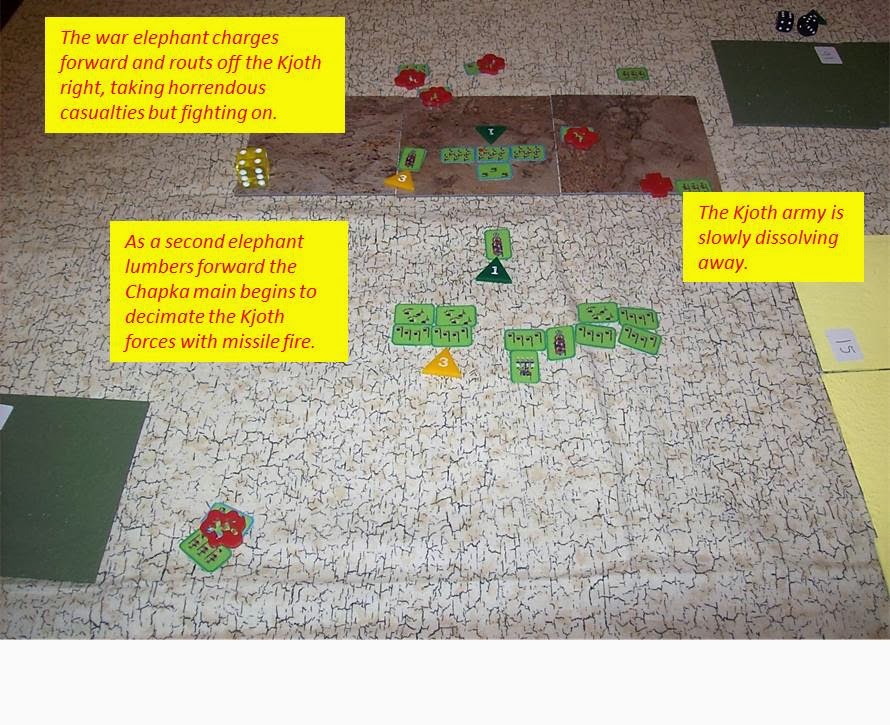 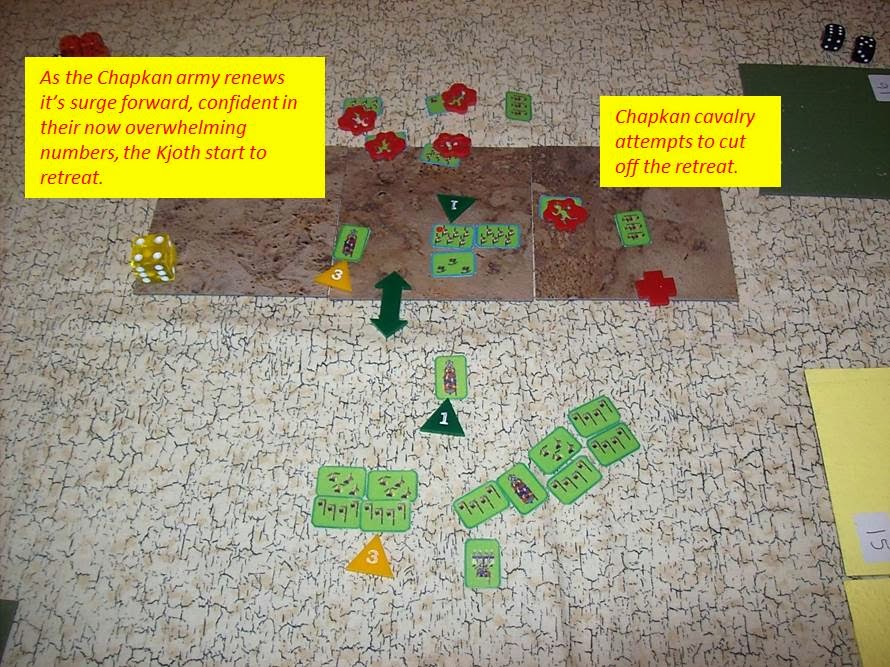 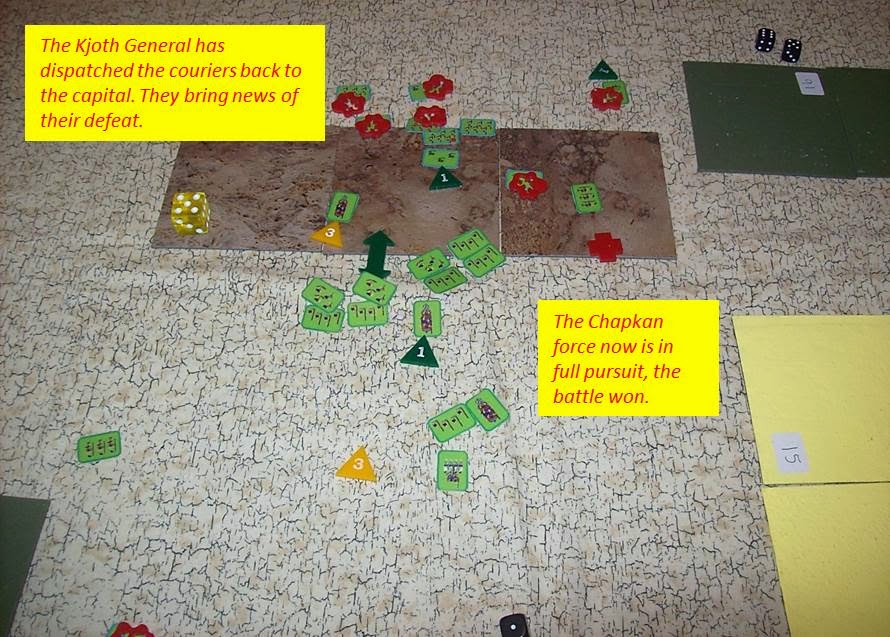 "Your highness," said the Adviser." A message from the General."

The Emperor shook his head. "Pruning my plants gives me great pleasure," he said. "Is it important? Read it and speak."

The Emperor continued to clip with his shears. He knew the contents of the message before the Adviser read it aloud. After all, he had seen it in a dream ten days prior. That was why he had sent his emissaries on their journey. They had reached the northern border and awaited orders to proceed. Reaching into his robe he pulled out two small tubes. "Bring me my birds," he said.

His nephew carried the cage and set it down on the ground. Reaching in, the boy gently removed one then the the other bird from the cage. The Emperor slipped one tube into the holder on each bird, gave them a bit of seed from his pocket and set them into the air. They flew up high, circled once then headed to the north.

Then Soong, the last Celestial Emperor of Kjoth, returned to his pruning...

Posted by Ed the THW Guy at 17:59
Email ThisBlogThis!Share to TwitterShare to FacebookShare to Pinterest
Labels: AARs, Rally Round the King, Talomir Tales, Two Hour Wargames