Where we continue the story of the Elf and Barbarian.

I've done quite a few step by step accounts on Warrior Heroes Legends so I'm back to doing down and dirty AARs. If anyone has a question about something just let me know.

The Elf and the Barbarian have hired three sell-swords to help them get to the coast. As they work their way through a small canyon things take a turn for the worse. 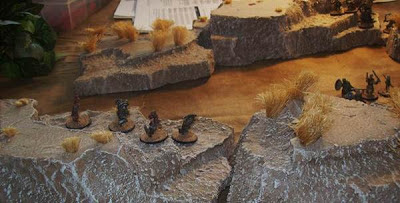 As the group enters the canyon the PEF on the right is resolved as four Goblins. Continuing their In Sight they trigger a second PEF on the left, four more goblins!


The first In Sight must be resolved before the second one. The Gobbos charge and a melee ensues. 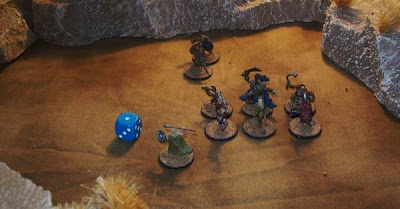 Two of the Gobbos go down while one of the sell-swords goes Out of the Fight. 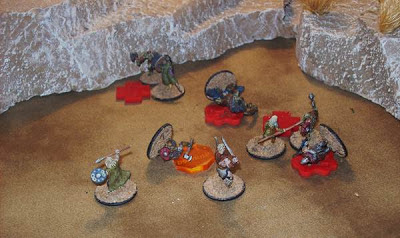 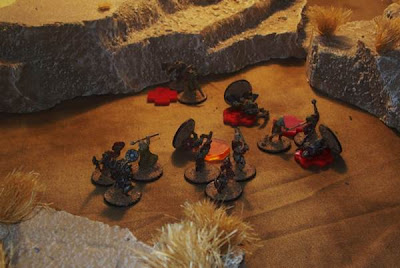 The melee is bloody and rages back and forth. 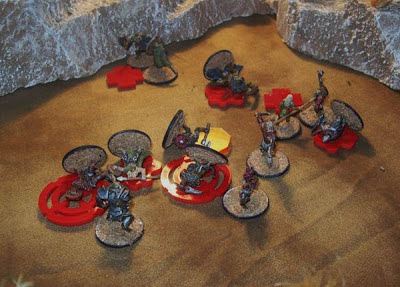 Another sell-sword goes down but the Barbarian takes out the Goblin Leader. 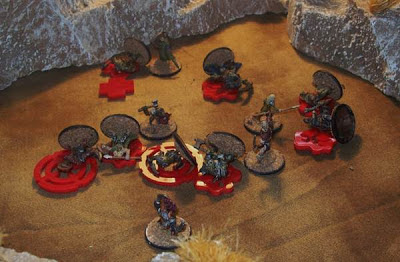 As the battle winds down the two remaining Gobbos fail their Man Down test and flee. Final count has six dead Goblins, one dead sell sword and one wounded, counting at one Rep lower the rest of the adventure.
Booty was 6 Gold Talos, 1 Food and a Longbow of Strength which the Goblins had in their possession.