After defeating the Big Bad the trio moved deeper into the dungeon. Haldor wasn't sure if they were lucky having got the Black Moon Goblin heading up to the surface but he wondered why he was alone. There must be more Goblins somewhere. 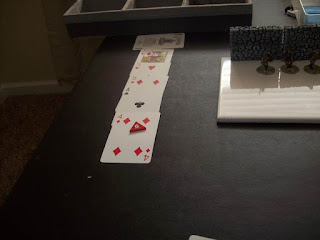 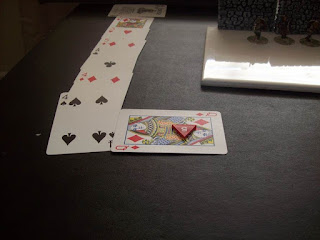 The next card drawn was a Face Card. This signified a set of stairs down to a lower level and more importantly the replenishing of the dungeon deck to twice the current ER, 4. It should be noted that the first dungeon deck had 6 cards in it due to an ER of 3. Now, after exploring 8 cards (2 over the original) there were now 8 more cards to explore. This is my favorite dungeon mechanic. You never no how big the dungeon is or when it will increase in size. 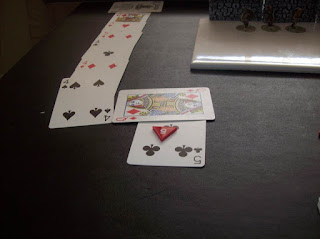 The two Goblins stepped into view as the passage widened. Led by Frenk the three Warriors charged. Rolf cut down his opponent while Haldor forced his back, who was then killed by Frenk. His first kill! The trio searched the Goblin bodies and found 2 Gold Talos and some Food. 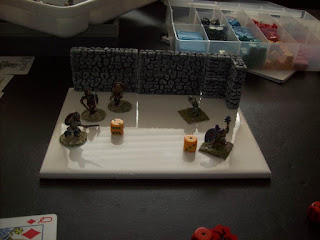 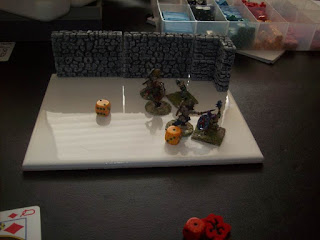 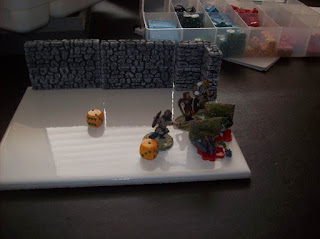 The next card was the 7 of Diamonds, again nothing. The next card as the second Joker. This meant the dungeon deck would be replenished to three times the current Encounter Rating. I have a rule where if the Big Bad is dead and a Joker is drawn this signifies a new dungeon entrance inside the current dungeon. And with a new dungeon comes a new Big Bad. Time to roll one up. 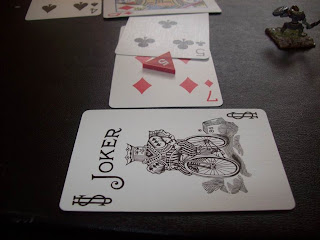 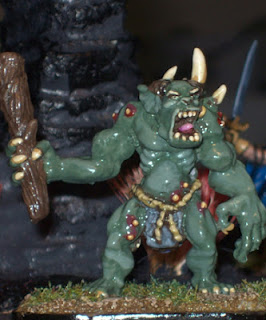 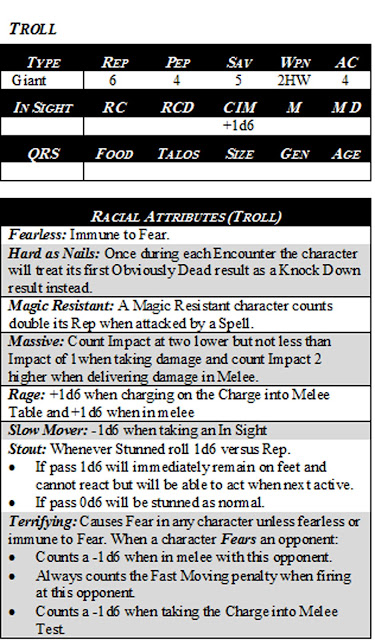