Canoe who? Muskets and Mohawks AAR

Muskets and Mohawks and Long Rifle are compatible and you can shuffle characters from one rules set to the other. I decided to play a one unit Scout mission with British Allied Indians. I set up terrain as pictured below. The three PEFs (Possible Enemy Forces) were in the hills in the upper left corner (Green) and two in the woods to the right. These are placed after my forces enter the table. 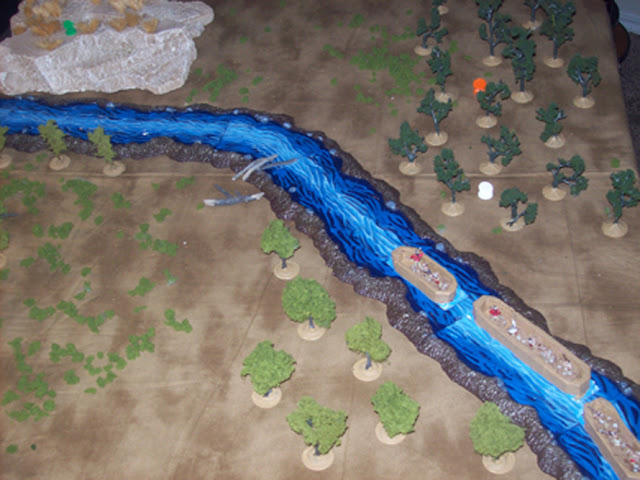 The British Indians activate first and move down the river. The plan is to scout the sections across the river first then come back and check the ones on this side of the river. I want to hit as many sections as possible on the same turn. The White PEF activates first, comes into sight and is resolved as nothing but nerves.
The Orange PEF doesn't move. The Green one comes down from the cover of the hill and into sight in the clearing. This is resolved as a large war party of two units.
Now that the PEF is resolved I have to find out what they are doing. It appears that they are on a Raid mission! This will make them much more aggressive than if they were defending or scouting. 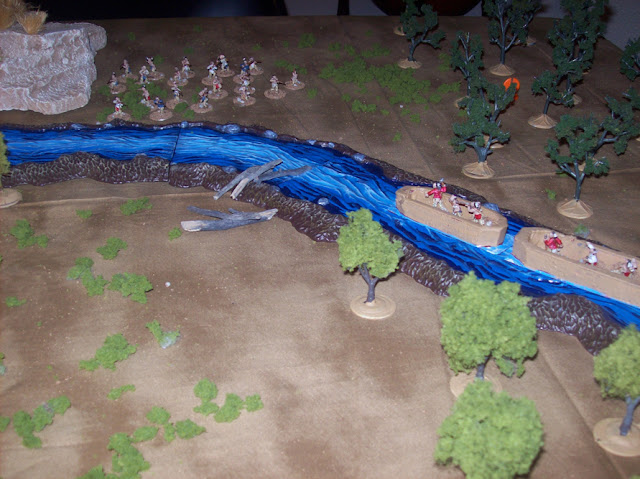 The next turn we activate first and I decide to beach the canoes. This will allow me to reverse them and head back down river should things go wrong. One enemy unit opens fire at us while the second moves towards us to the right. My Indians are shaken from the fire, take a casualty and retire away. The Orange PEF starts to move towards the river but is still out of sight. 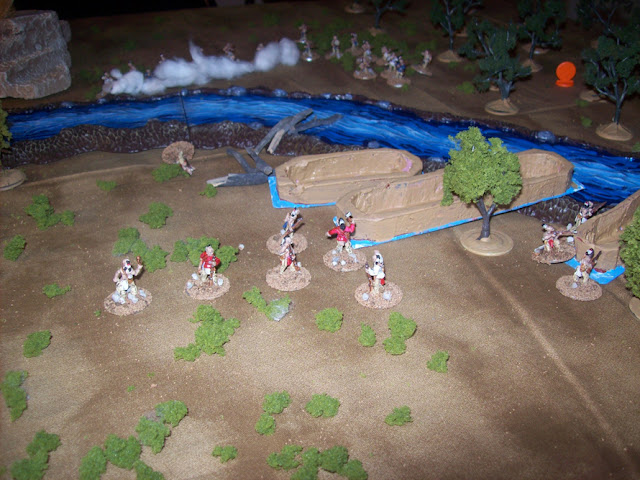 I decide that at least one canoe has got to make it back to warn the others about the war party heading this way. As they slip into the river my other Indians rally. As the other band is getting into range I decide it's time to retire. Okay, run. 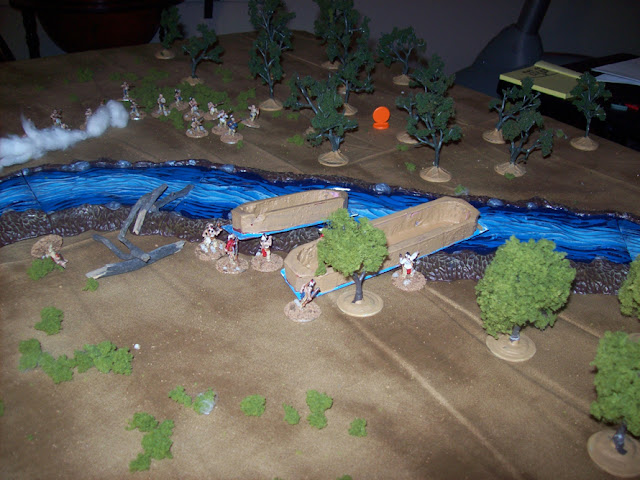 The second band now activates and fires, taking out another of my warriors. The first band starts to move closer to the river edge while the Orange PEF splits into two! This has become an ambush. 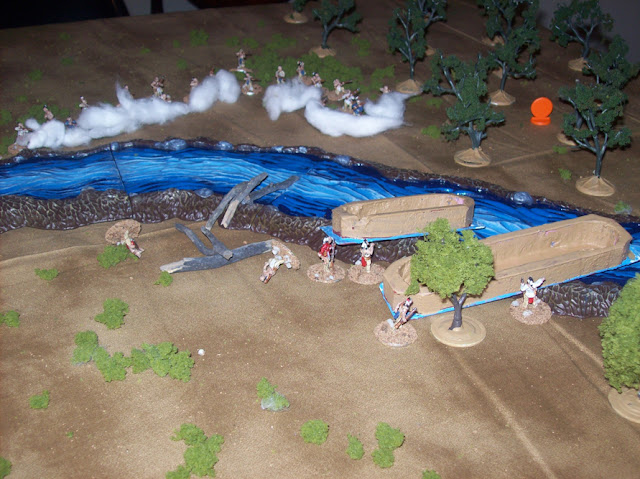 We activate and all return to the canoes to head away. The Green PEF activates and is nothing but nerves, the Orange one stays out of sight. Both war bands fire at the retreating canoe and the three men in the last canoe all go down. 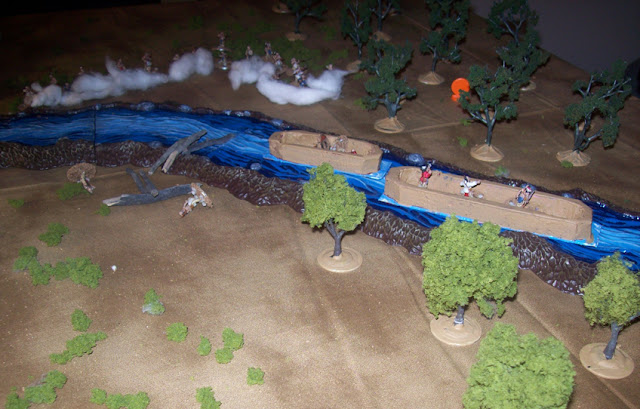 As the final canoe leaves the battle is over. We take five casualties and never fired a shot! Checking the Campaign Rules I see that having failed on the scouting mission means my next mission will be a Raid: Defend with the French Allied Indians attacking. I send braves to the neighboring villages and to Fort New Braunfels in hopes of getting help. 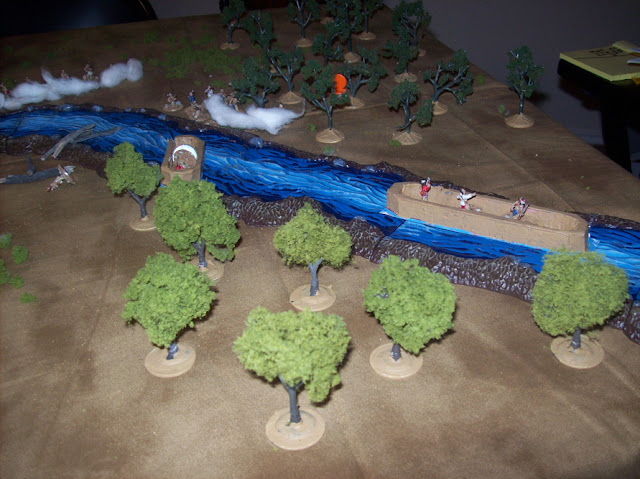 Posted by Ed the THW Guy at 17:32
Email ThisBlogThis!Share to TwitterShare to FacebookShare to Pinterest