The Glade - Muskets and Mohawks AAR

Inspired by the movie, Last of the Mohicans, I set up a scenario where four British units would try and escort the Major's two daughters to Fort New Braunfels. The British force consisted of two units of Regulars, one unit of Colonial Militia, and the escort of Lieutenant Churchill and two scouts. The objective was to enter from the lower right corner of the table and exit the middle left side of the table.
The Brits were deployed in column with the Militia in the lead, one regular unit, the escort, then the second Regular unit.
The game started with three PEFs strung out in front of the column. The first turn saw the far end PEF remain on the ridge while the center revealed itself to be a large war band of 20 Indians. The third PEF moved towards the right side of the column in the woods and was revealed as a smaller band of Indians.
First turn and the battle was starting. 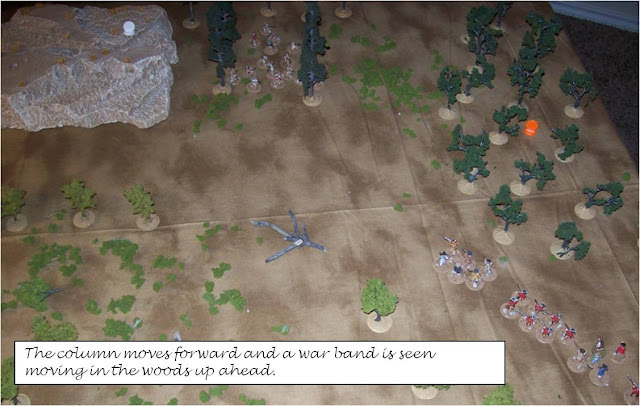 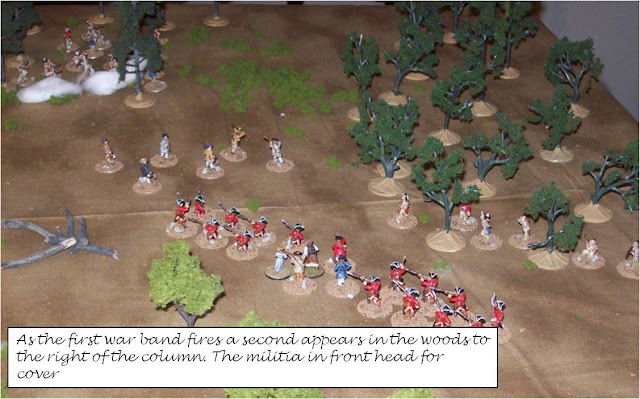 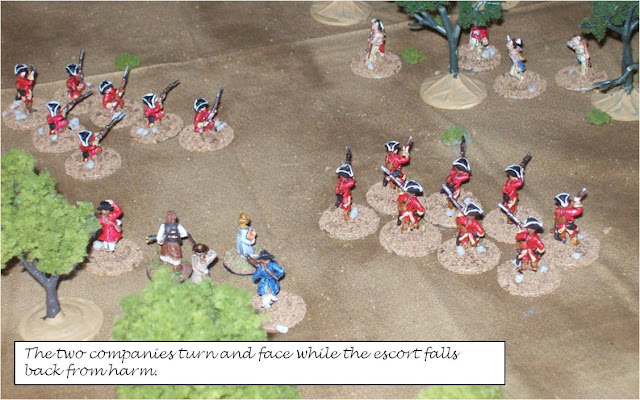 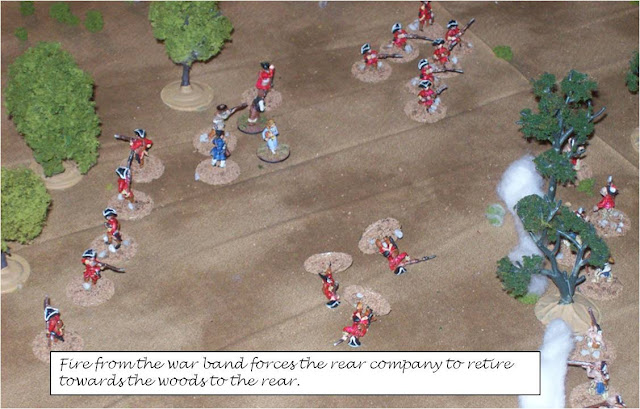 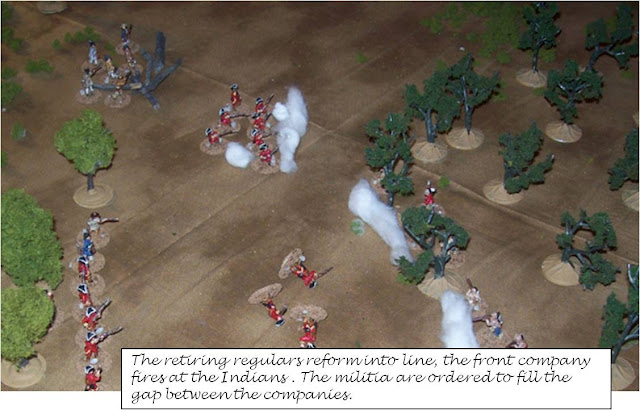 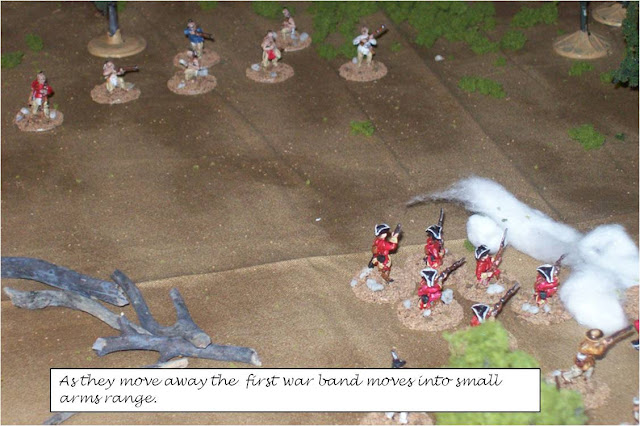 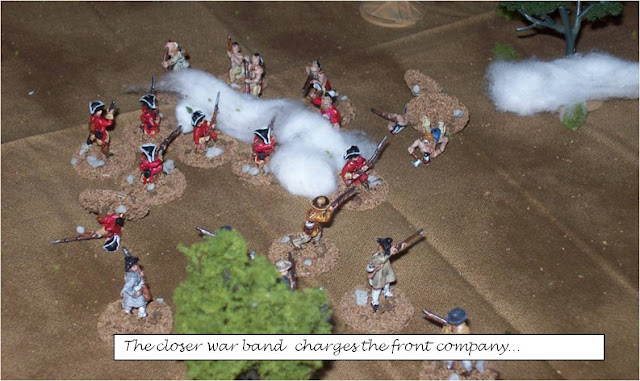 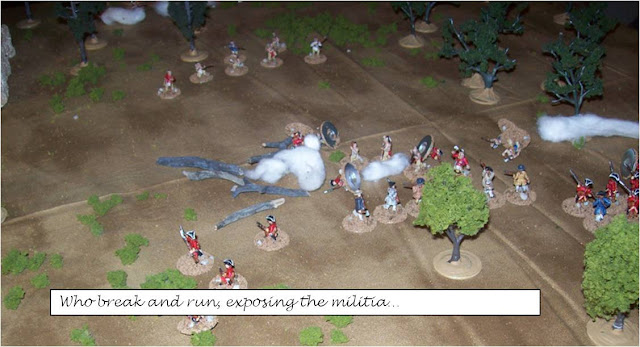 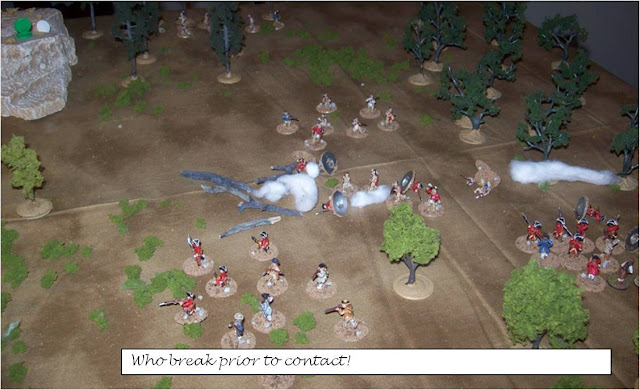 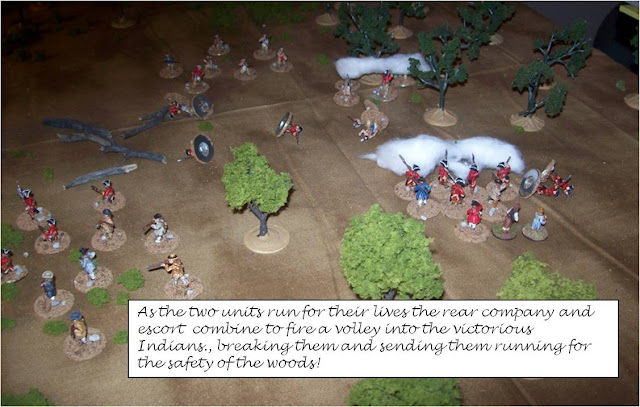 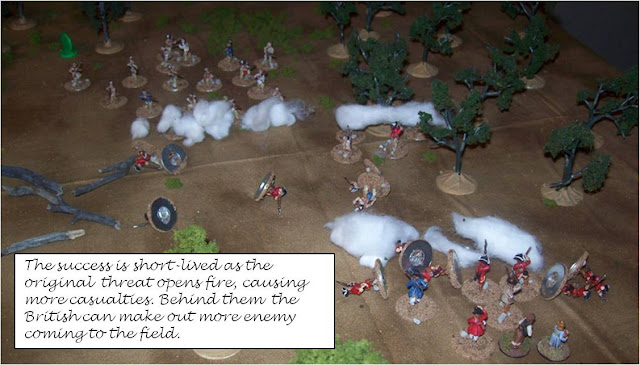 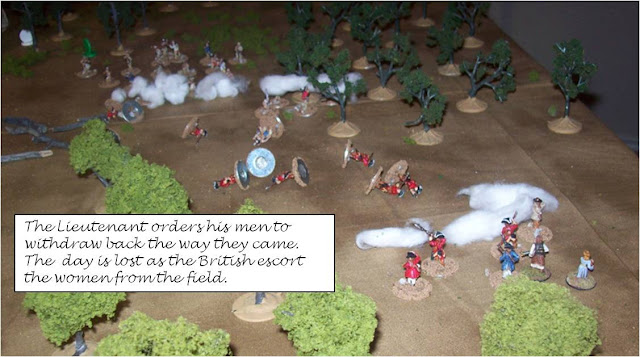 The battle was over but not the game. In Muskets and Mohawks you can't just run off the board to safety. The escort would now play a Chase Encounter and try to escape the pursuing Indians. As there aren't that many figures involved I decided to use Long Rifle, the man to man skirmish rules.
Coming up next...The Chase!
Posted by Ed the THW Guy at 18:08
Email ThisBlogThis!Share to TwitterShare to FacebookShare to Pinterest