The Chase - The Glade - Muskets and Mohawks AAR Conclusion

Here's the first part
The Glade Muskets and Mohawks AAR

The small party entered the board and the chase was on. The objective was to exit the opposite side of the table before they were caught by the pursuing Indians from the previous battle.
The runners consisted of two Rep 4 scouts, the Rep 5 Lt. and two Rep 4 British Regulars. They two daughters that they were escorting were both Rep 3. 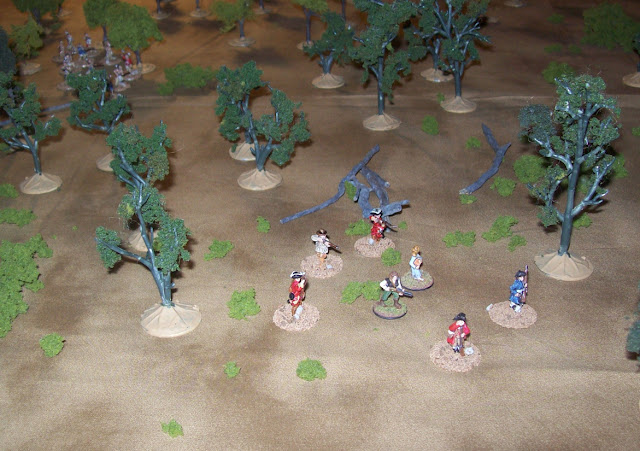 The chasers were twelve Indian warriors, eleven Rep 4 and one Rep 5 Leader.
Once the runners were on the table activation was rolled with the runners going first. It became clear after two turns that the daughters were slowing the party down. Testing for Fast Move, their Rep 3 forced them to move slower. I figured it was only a matter of time before the Indians would catch up. 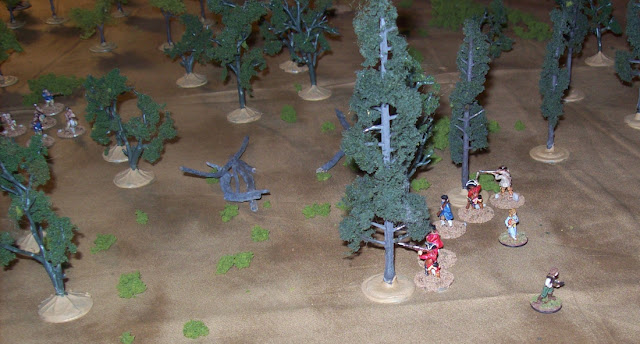 Desperate times calls for desperate measures. In a fair fight the British were outnumbered two to one. I decided to try and spring an ambush in the hopes of getting the first shots off and evening the numbers. The next time the Brits activated they formed a line at the edge of the woods outside of a small clearing. The girls were placed in the rear ready to run at a moment's notice. 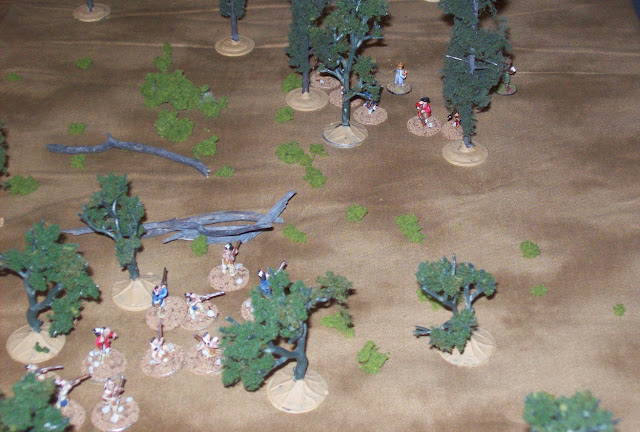 The Indians were moving through the woods and reached the edge next to the clearing. As soon as the first figure came into sight the In Sight was triggered and a total of five warriors, including the Leader, mov ed their extra 2" into sight.
In Sight was rolled and the Brits opened fire. Some of the Indians would be able to respond at the same time as the last two Brits could act. 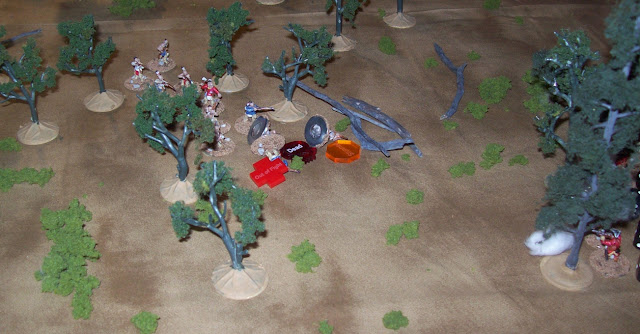 The Brits fired and three warriors went down. The Leader and another went Out of the Fight while one warrior was Obviously Dead. The two warriors able to fire were hit so it was time to take Reaction Tests. Each figure rolled and one caused a Cohesion Test. The test was rolled and because the Leader was OOF and the dice were bad the Indians broke and ran back down the trail! 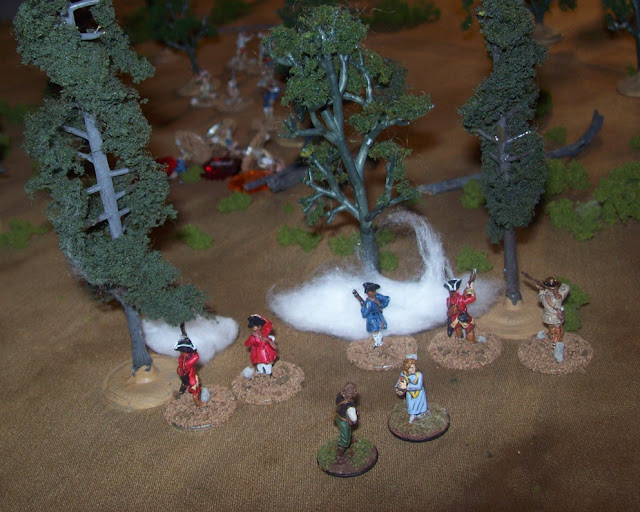 Make no bones about it, luck, combined with a desperate act, resulted in the British escaping. It could have easily went the other direction and outnumbered 9 to 5 the British future looked grim.
Posted by Ed the THW Guy at 13:55
Email ThisBlogThis!Share to TwitterShare to FacebookShare to Pinterest
Labels: In Sight, Long Rifle, Muskets and Mohawks 2, the Glade, Two Hour Wargames