In New Beginnings we've provided you with all the tools to create any type of game. The storyline is up to you. With a variety of character classes, over 50 professions to choose from, Alien races, and some pretty easy to use mechanics that allow your games  to go in any direction you want them to, the only thing limiting your game is your imagination.
Here's a simple Encounter I played out. I took a LWC - Law Abiding Working Class - into a uh, questionable part of New Hope City, to see what kind of good time he would have.
Objective - Chillin' Encounter LWC is trying to find a "friend" to have a drink with. The friend will be the Target. When a PEF is resolved that has the same class as the target (Criminal Element) then LWC has found his Target,
Pre-Encounter Intel - None to speak of as this wasn't a Black Job.
Area - Outside the Space Port
Day Part - Late (after 3AM)
Terrain - Public Street with access to an alley
Law Level 2
Weather - Drizzly
PEFs 2
Characters - LWC Rep 3 Delivery Driver Fitness 3 People 2 Savvy 1 Science 0 Pistol
Rolled at random on the LWC Generator
Target - Escort
Deployment - LWC starts outside the club and ran into the first PEF. Lucky for him he ran into a Criminal Element resolution on the first contact. More lucky for him as his Target was in the CE class he was guaranteed to get the Escort and not a Ganger of Mugger which it  could otherwise have been.
Let's pick it up from there.
Escort Rep 3 Fitness 2 People 3 Savvy 1 Science 0 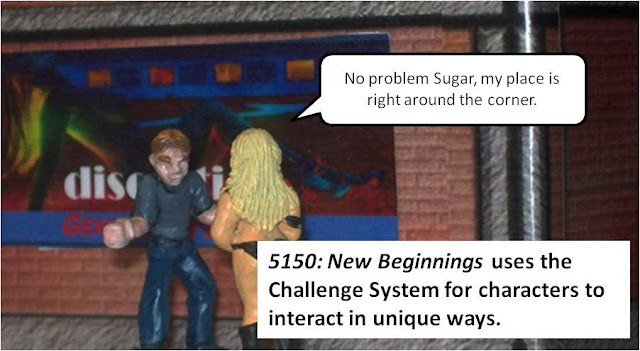 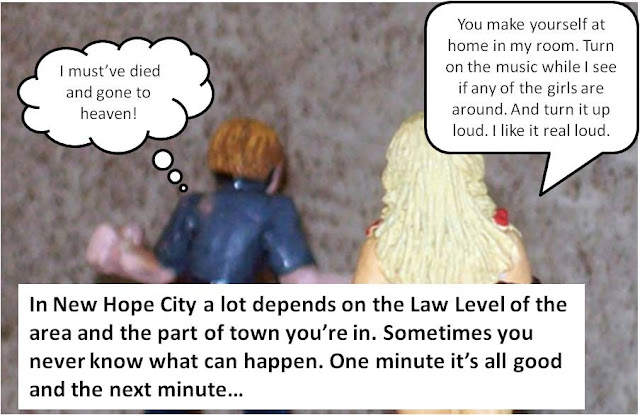 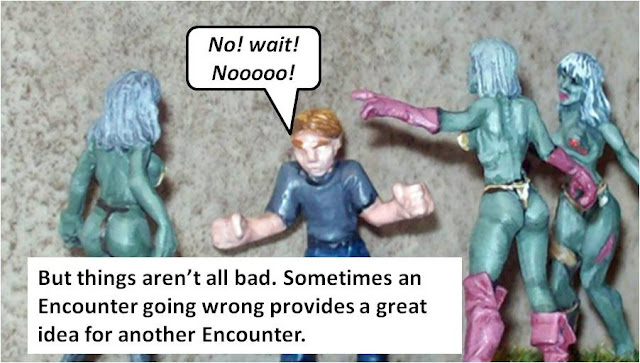 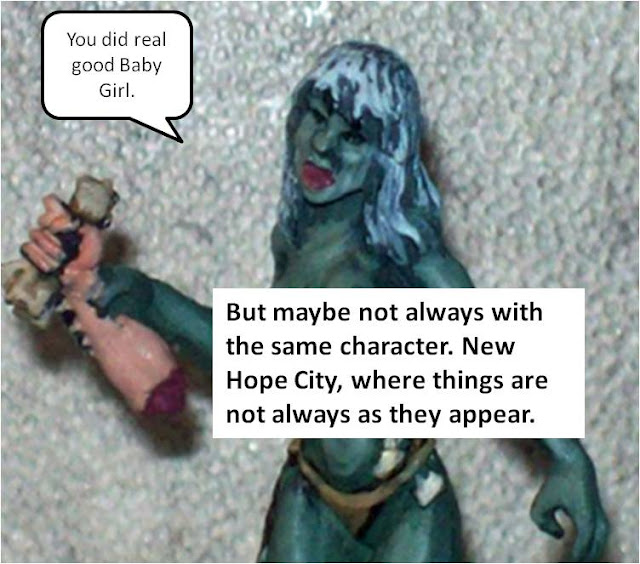 Posted by Ed the THW Guy at 11:10
Email ThisBlogThis!Share to TwitterShare to FacebookShare to Pinterest