1st Platoon of three squads is to advance north and sweep away any enemy they encounter and occupy the area on edge 123. The Platoon sets up with 3rd squad in the woods to the center of the table, with 2nd squad as reserve behind them. Sergeant Adams with 1st Squad will be on the right flank, in the woods. It's early morning when the order is given to move out. 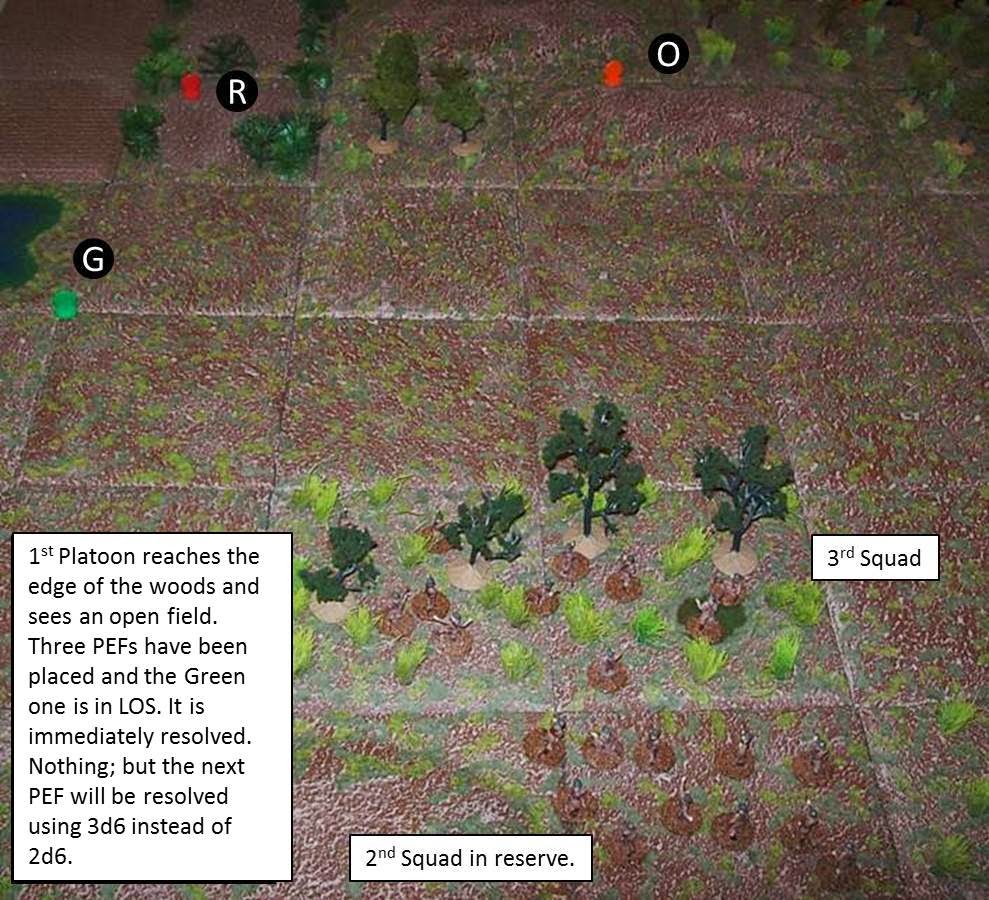 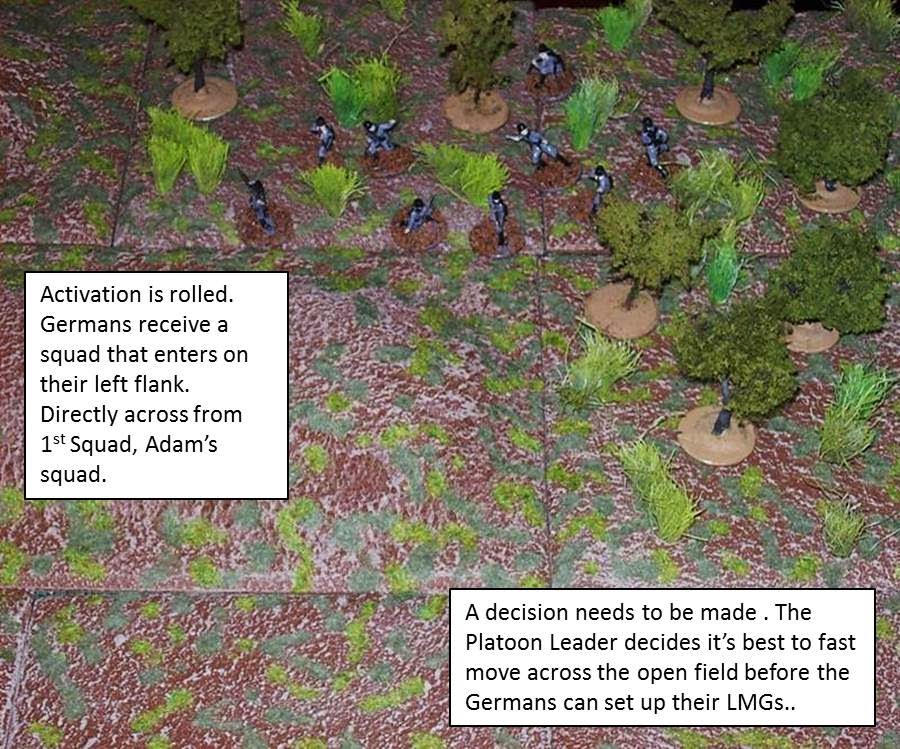 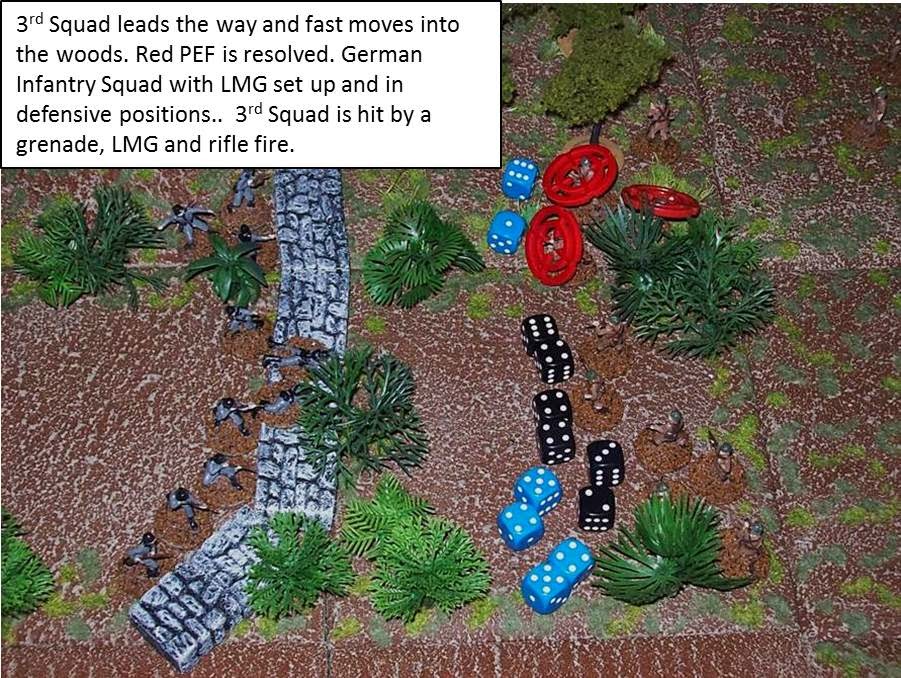 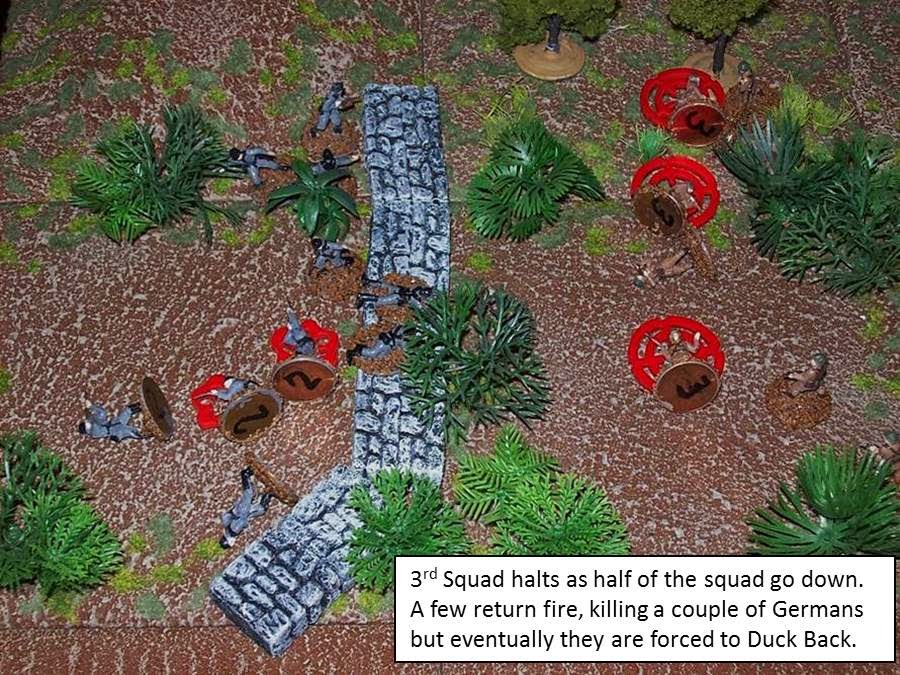 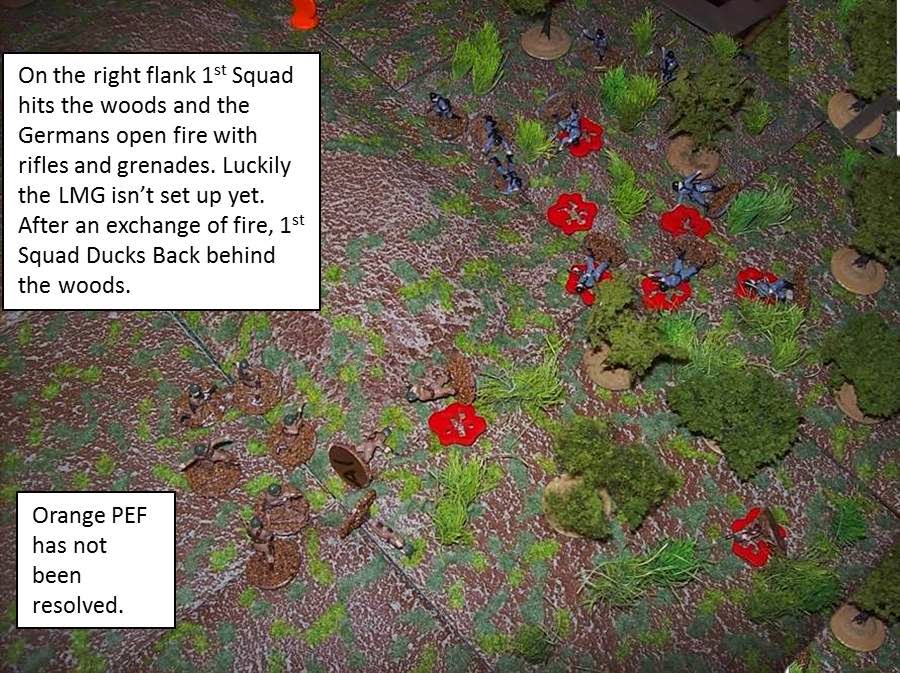 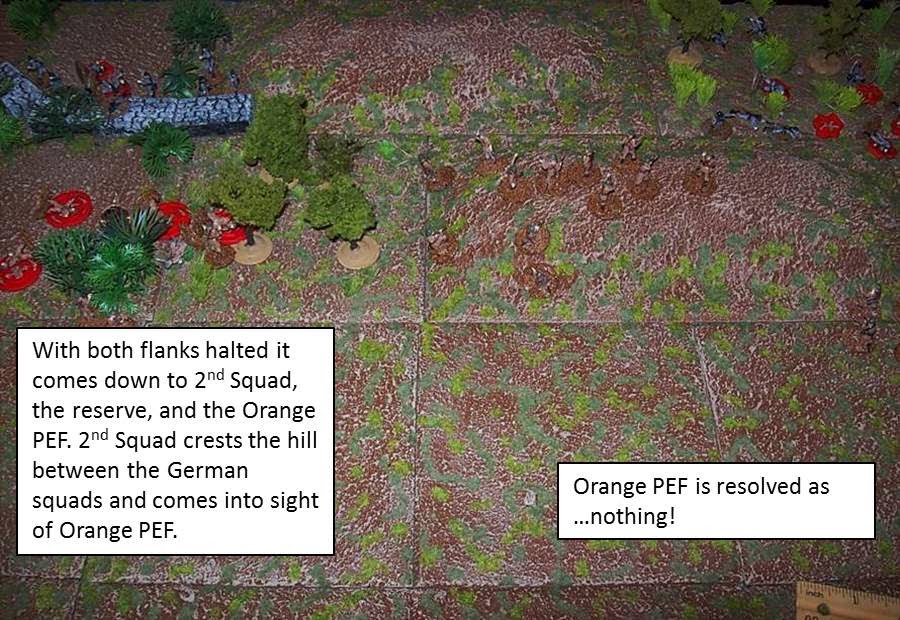 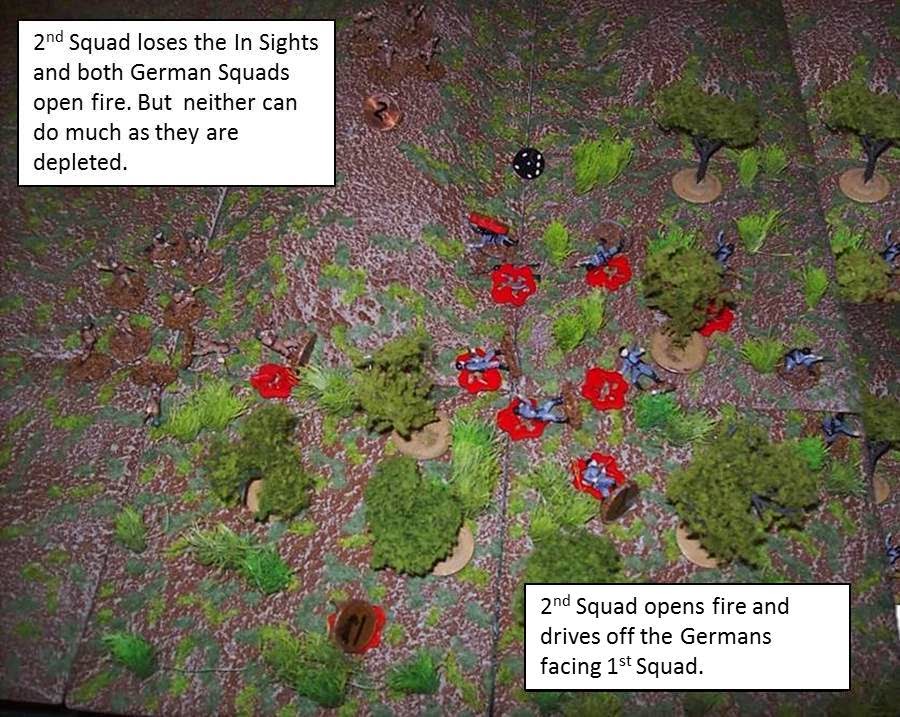 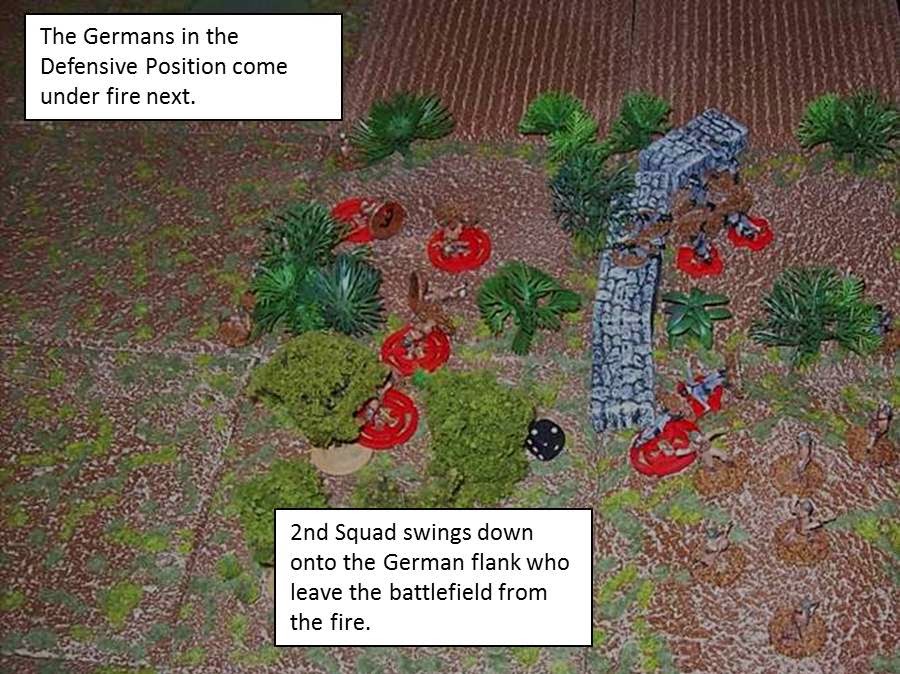 Orange PEF resolving as nothing made the difference. 3rd and 1st squads had been stopped and if there had been another squad of Germans in the center, things probably would have been different.

Two things jumped out in this Mission:
1 - When moving in the woods you are not in cover. This is in current rules but I have always overlooked it.

2 - Using Non-Player Tactics meant the Germans had a chance to use grenades, something I have overlooked as well. But not going forward. Definitely a deterrent to getting  too close to the enemy.

Both of the wounded soldiers in my squad  came back okay. Received one Rep 3 replacement so now at 11 man squad.

Neither side had their Campaign Morale or Investment Levels changed. Next "real" Mission will be another Attack.
Posted by Ed the THW Guy at 15:04
Email ThisBlogThis!Share to TwitterShare to FacebookShare to Pinterest
Labels: AARs, NUTS, NUTS Final Version, Two Hour RPGs, Two Hour Wargames