Been working on an old school dungeon crawl that can be played with graph paper or dungeon tiles. Acheson Creations is working on a set of tiles for THW (you can see them in this Bat Rep) but the game plays just as well on paper. More on this later but for now, here's part of the Talomir Tales campaign. For those of you that haven't heard of it you really out to check it out. It combines multiple rules sets in the Warrior Heroes world of Talomir. Now on with the story. 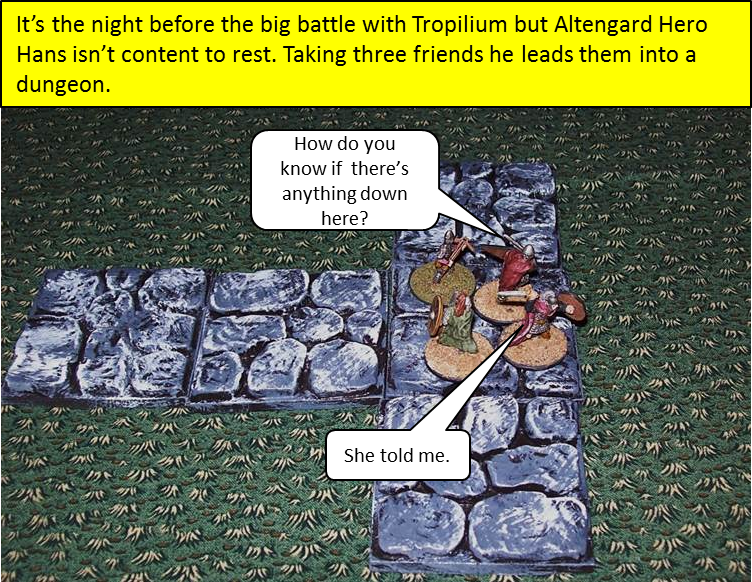 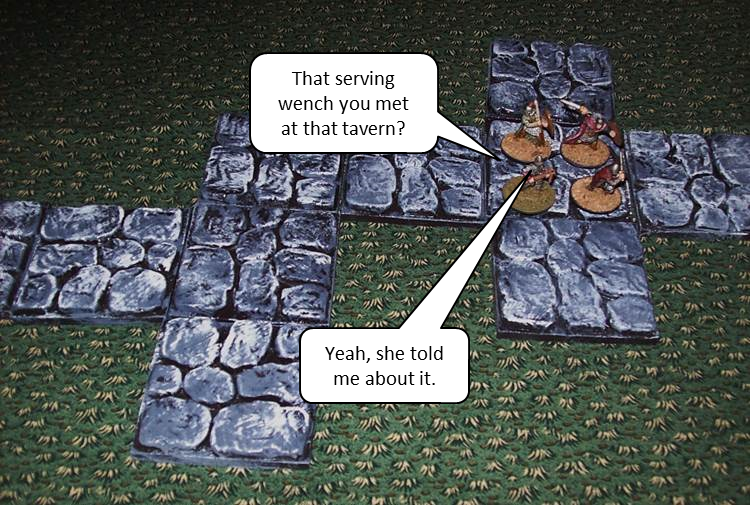 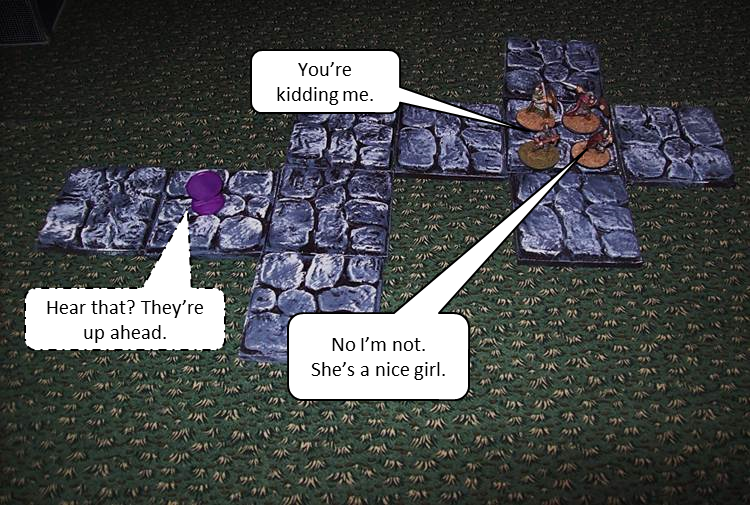 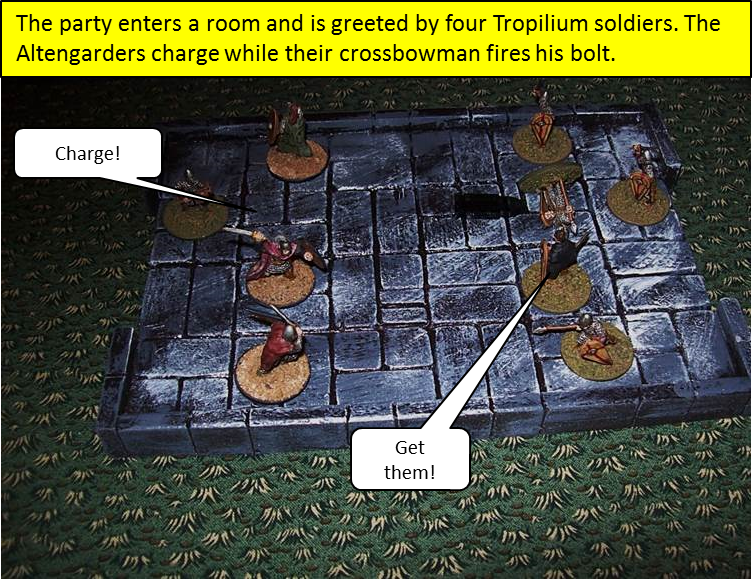 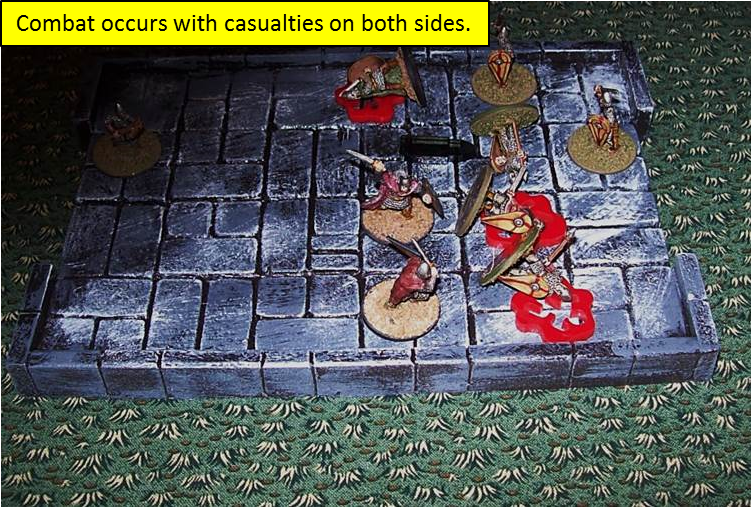 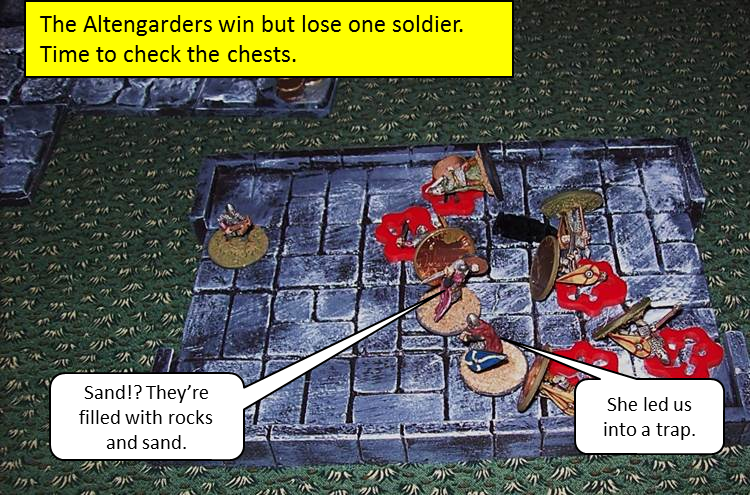 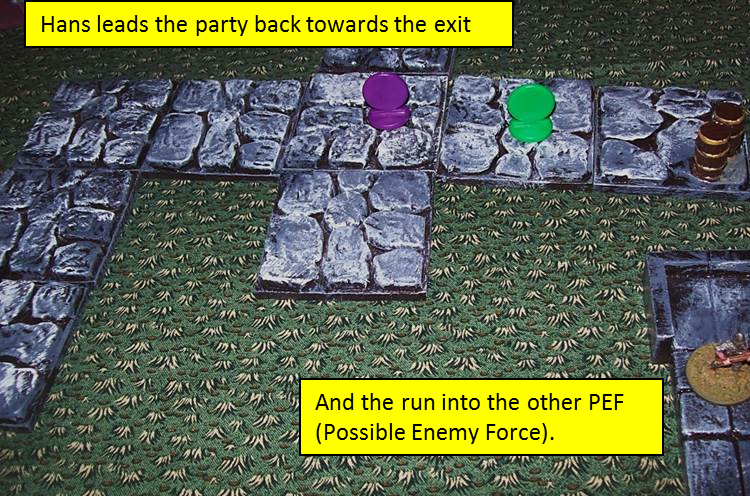 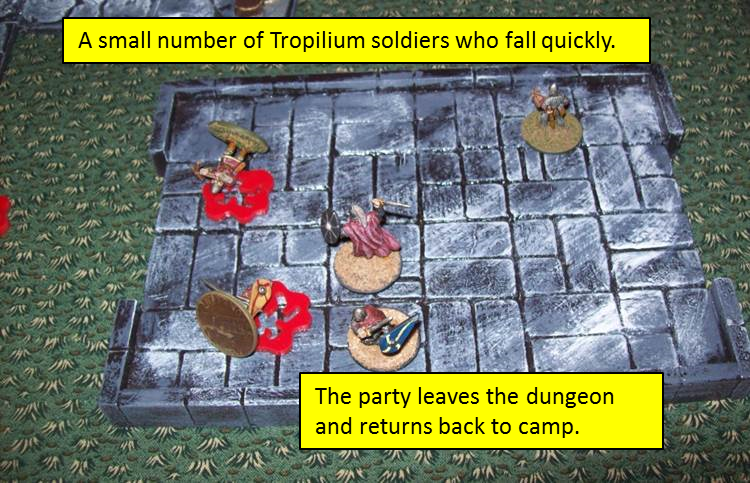 I wanted to do more play testing on the Dungeon Crawl but also wanted to tie it into an upcoming Rally Round the King battle I was playing for Talomir Tales. So my idea was to lure Hans the Hero into the dungeon before the battle and hopefully kill him off. Otherwise he would be a major problem as he could use the War Horn of Naz-Goth.

I substituted Tropilium soldiers for Goblins, Trolls, etc. and used the PEF rules for generating them. The tiles are used with markers and not usually the dungeon party. When you enter a tile with a PEF/enemy you take the fight to the Battle Board (the larger tile). After the battle you move the party and PEF markers though the dungeon, bringing them back to the Battle Board when they contact. I really like being able to move characters and armies between rule sets without having to learn too many new mechanics, if any.

Worked out pretty well. Next time I'll do a real dungeon adventure. Or maybe go back to the tavern and talk the girl!