Billy, Byden the Hishen and Sooze roll into Little Hisha and make their way to Tatiana's house. 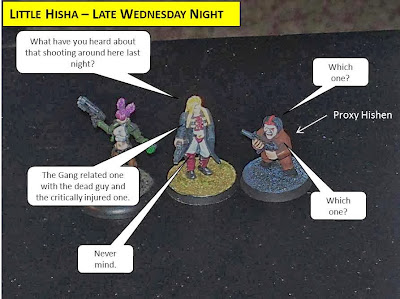 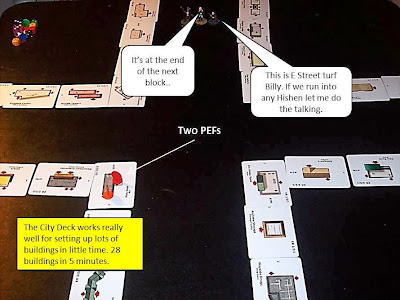 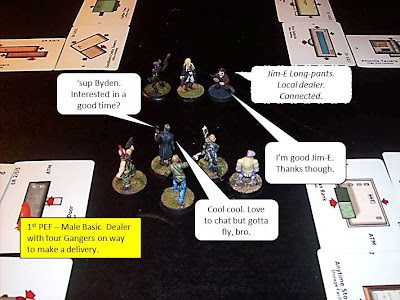 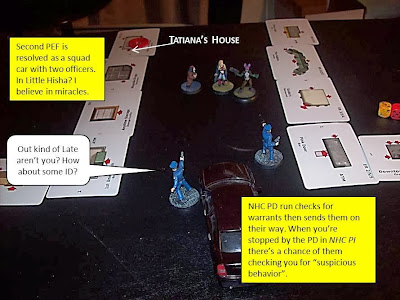 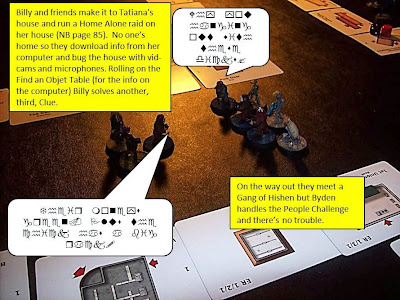 Next day Thursday, Billy follows up at the office of the Trophy Wife. She's married to a local Government Assistant and big on charities As she's always looking for good publicity Billy swings by and picks up Ashlynn Cooper. Using Ashlynn's clout (A favor on the Challenge test) the TW is great at cooperating and another Clue is solved, that's 4. Four more to go and only a few more days.

On the way back Billy contacts a Zhuh-Zhuh Teammate of Syd's whose been doing charity work as well. He co-operates and that's 5 clues. But only so much time as you can only solve one Clue per Day Part. Still have two more Day Parts and all day Friday and Saturday if Billy's lucky.