1 - Late last night, Syd Kattan a CVL back for the NHC Rampage (B League) was murdered in the Low Income Area of Little Hisha and found inside his house.

2 - The Difficulty Factor of the Murder was randomly rolled to be 4 meaning that 8 Clues must be solved.

3 - Elliot will be paid 20 Items if the case is successfully solved.

Now on with story. 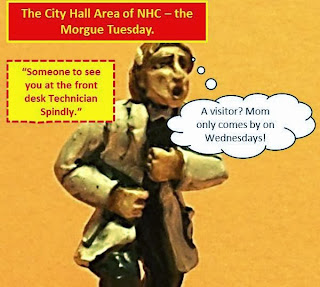 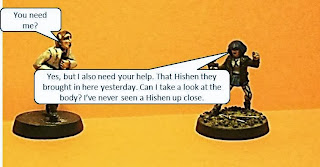 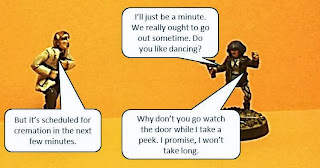 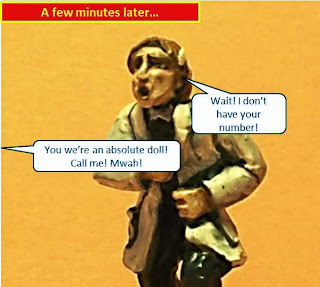 Amber Gold (Rep 3 Fit 2 People 3 Savvy 0 Science 1) is a Crime Scene Investigator for the NHC PD that free lances for Elliot Bay (they have history) and wants to do a retinal probe on the Hishen but will need access to the body. I decide to do a People Challenge as used in New Beginnings to see if there’s access. I roll up the People Skill (3) for the Med Assistant in charge of the body and take the Challenge. Amber tells him that “We really ought to go out sometime” so counts a +1 Party Favor bonus. Dice are rolled and Amber scores a Minor Success.

I interpret this as she can access the body and can take the Science Challenge to run the retinal probe but has to hurry (this will change it from an Easy to Tough Challenge – Difficulty Factor 2). I decide its because the body is scheduled for cremation in a few minutes. Dice are rolled and she scores a Minor Failure – No luck. No images can be recovered but Amber knows that the killer or someone working with him had enough knowledge and skill to remove the retinal secondary tracts eliminating the ability for a probe. Amber did not solve the Clue.

Why did I bother setting up the scene. Because I've generated a NPC Lab Tech at the Morgue who can be used in future games. If I run into another Lab Tech in the future I roll 1d6. Score a 1 and it's Steven Spindly. I put his stats in my Usual Suspects folder and am building my NHC population.