This AAR is a short one.

A PI’s job can be tedious at times; long hours and no payoff.

It’s Tuesday, the day after the meeting with Mr. Gakspar. Amber went to the Morgue but struck out. No retinal images could be recovered but at least that meant the killers weren’t amateurs.
First go on the Advance the Investigation Table said “Get info from a Person of Interest”. This is done by rolling on the Victim’s Circle of friends and some other rolling but bottom line was the Person of Interest was the Xeog CVL receiver that scored the winning TD over Syd.

Elliot and Amber found her somewhere in the Pub & Rec Area. They entered in section 8 and the restaurant, Piranhas was at the other end of the table. 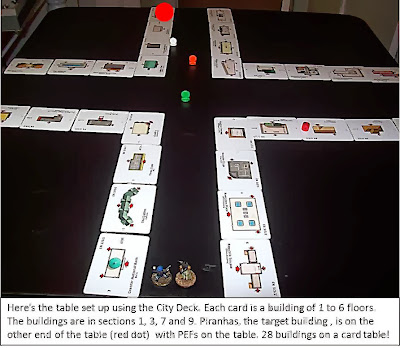 PEFs are set and the duo head over there. On the way they ran into three Attorneys out on the town and a Professor with some friends. One of them actually turned out to be Steve Spindly. 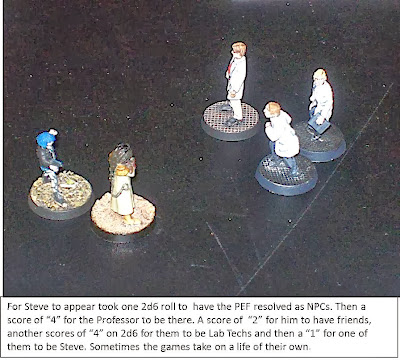 The Professor and Elliot exchanged pleasantries as they went by. But because Steve knew Amber they had a brief Interaction didn't work out well as Steve scored a “Thinks you’re a bit of a dick” result to Amber and was not amused about the whole phone number thing. 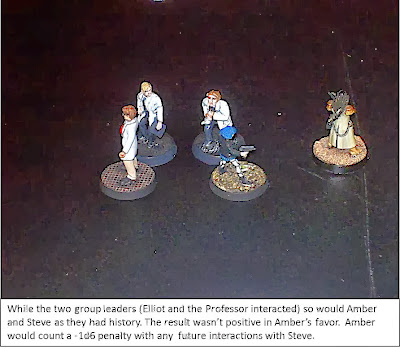 Anyway the 3rd PEF was an Alien who owns a Clothing Store and told Elliot to come on for a measurement.

When they got to Piranhas they found the Xeog. She was there with three other teammates, a Razor, Hishen and female Basic. 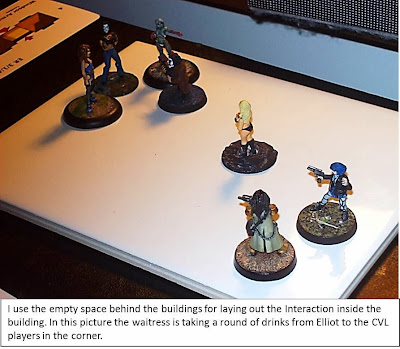 After spending 5 Items to buy the whole table a round of drinks the Xeog agreed to talk to Elliot. She had a “tip” about another Xeog, this one a Ganger that she knew. She gave Elliot her name. (The “tip” meant Elliot had to go back to the Advance the Investigation Table for the next Clue and if he solved it, it would count as two).

Elliot got real lucky as they found the Xeog Ganger all alone in the same Area.  Questioning her resulted in another “tip”. This meant the next Clue would be worth three Clues if he solved it. The downside is if you don’t solve the next Clue you gain nothing.

After questioning you return to the Advance the Investigation Table. This time is was Fund an Object. As it was the first time Find an Object occurred, they had to go back to the Crime Scene. Maybe because it was late or whatever, Elliot failed on the Find an Object Table and didn’t solve the Clue. Elliot forfeited the chance to solve three Clues off of the “tips”.

Bottom line was Elliot spent the whole day investigating the Crime and accomplished nothing. Tomorrow is Wednesday and that meant only four more days before the owners meeting.