This AAR is a Defend Mission. The military units have to eliminate all zeds, PEFs and make sure than no zombies get off the table behind the defensive line. 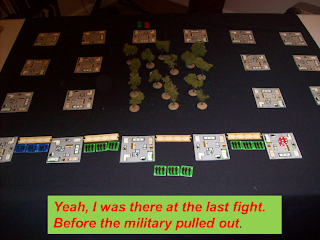 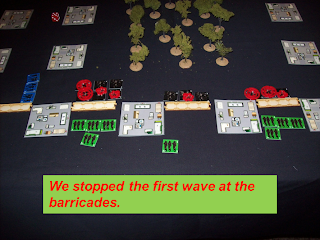 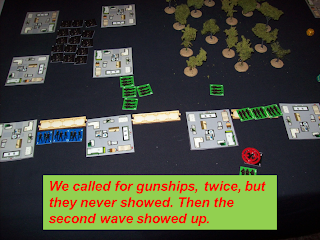 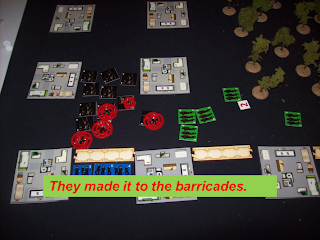 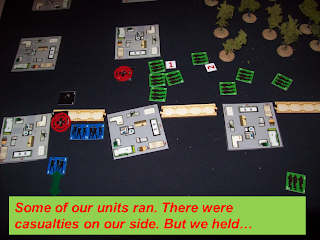 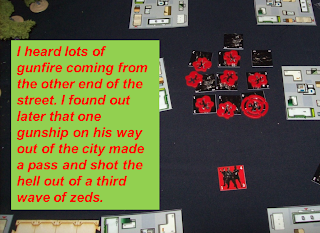 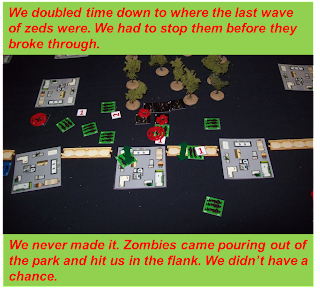 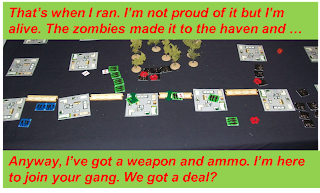 Late in the game a military unit showed up to help and got promptly butchered by the zeds. A random event resulted in a gunship (yay!) and it looked like I might be able to get over to the zeds before they got off the table.

But another PEF was generated, right in the same section my units were in. Right in the flank. That was it, not a lot of units came back to fight.

Well the upside is there's a bonus Mission for times like this. Gang warfare after the military has left.
Posted by Ed the THW Guy at 13:18
Email ThisBlogThis!Share to TwitterShare to FacebookShare to Pinterest
Labels: AARs, Mass Hysteria - ATZ Companion Book, Two Hour Wargames