Interrogation on some captured Shadow Corp mercenaries have finally shown results as now you know where their headquarters are. Assault the base and let no one escape unpunished.

This is how it starts another Special Missions in 5150 Gaea Prime - First Defense. Assault the Shadow Corporation headquarters and get rid off those pesky mercs once and for all. Kill'em all!

I set up the map with the walls of the base dividing the map into nine sections. The map was 2x2 feet instead the standard 3x3 but it played equally well.

I deployed 1st and 3rd squads and then three PEFs plus one squad in section five, the command center. 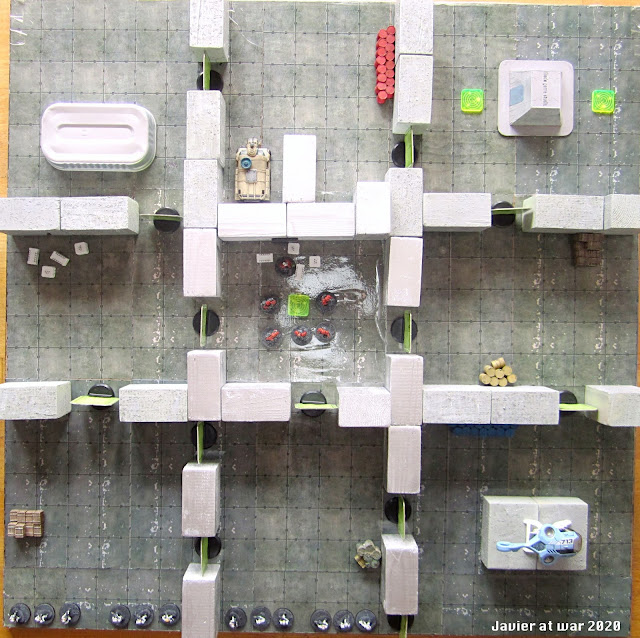 Turn 1. Gaea Prime 1 - Hishen 3.
No PEFs moved. Star Army squads moved fast to the left, center and right to try to break into the command center on three different ways at the same time.
3rd Squad to Left. 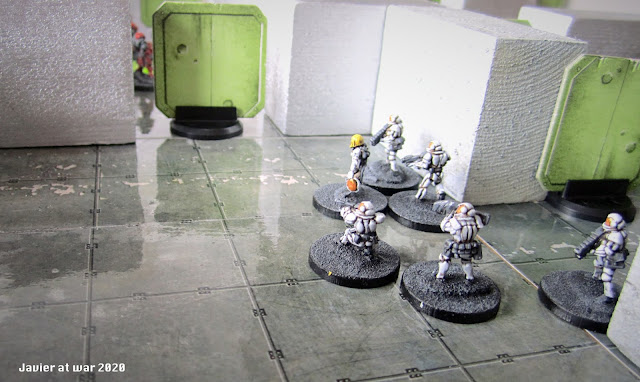 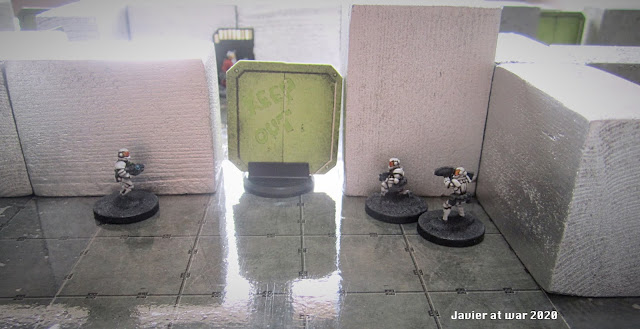 1st Squad to Center and Right. 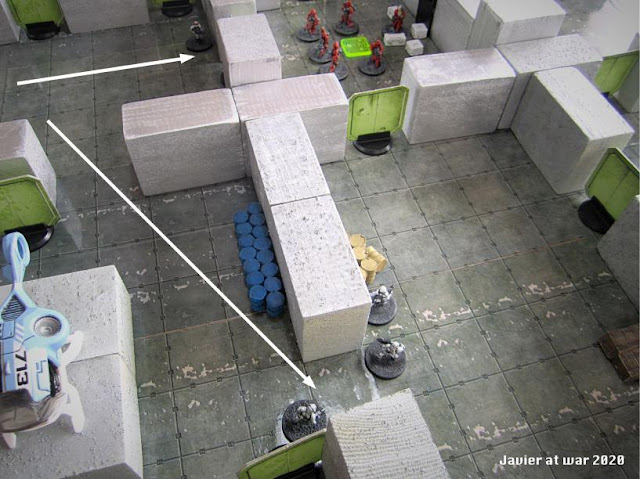 Turn 2. GP 6 - Hishen 4.
The PEF in the command center moved forwards but turned into nothing, phew! 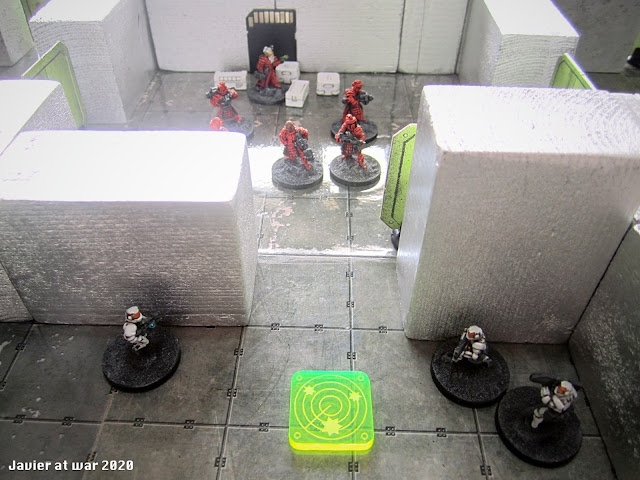 A second PEF moved from section three to six and it also turned into nothing. But when the door was opened, 1st Squad could see the third PEF on section three which turned into a Base Crew Squad. Basically guys in Soft Body armor armed with pistols. 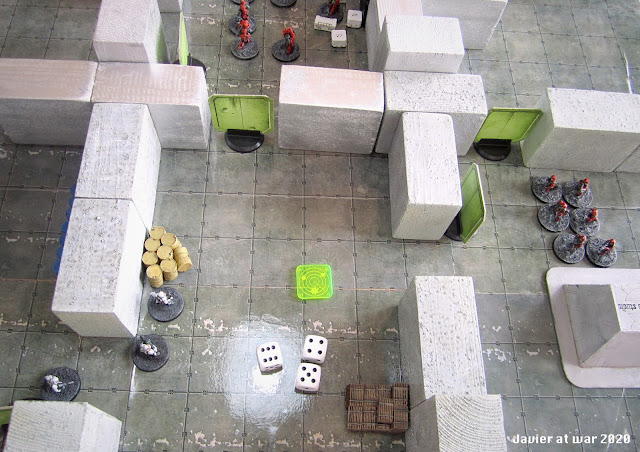 In the fire exchange two grunts went down. Those crewmen sure did a lot of shooting practice! Sargent Blacksmith (my Star) Duck Backed out of sight and then Hunkered Down when failing the Will Test. 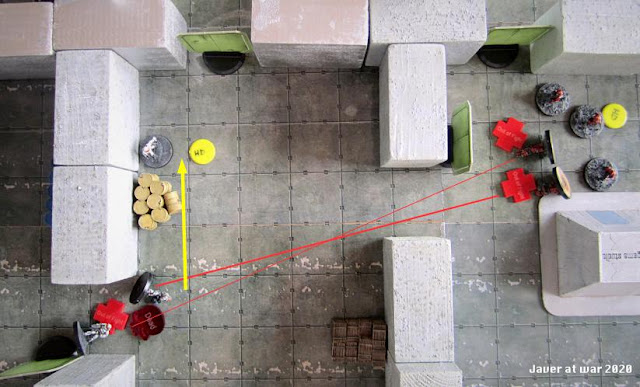 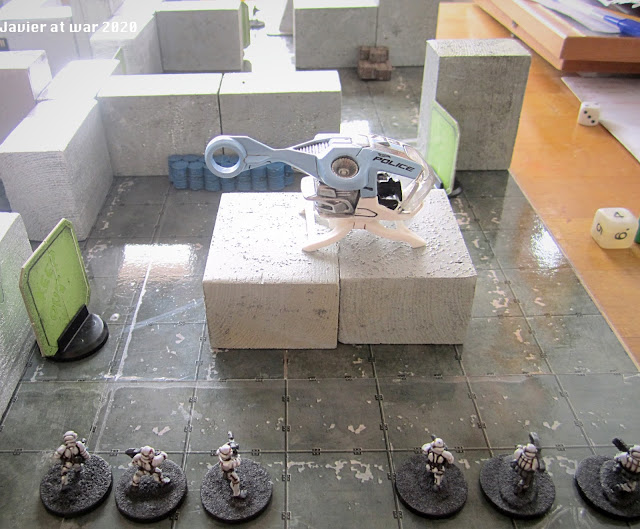 2nd Squad moved fast forward and engaged the rest of the Base Crew, who fled the battle after taking one casualty. 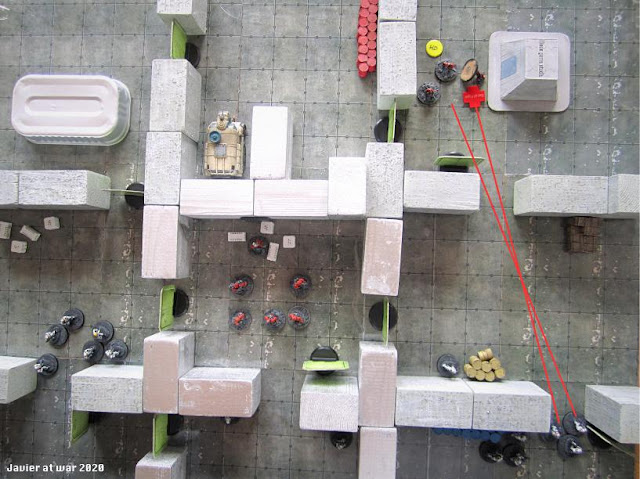 3rd Squad opened the door to the command center, won the initiative in the Reaction Test and threw a couple of Inferno hand grenades, killing all occupants in one go. Mission over. 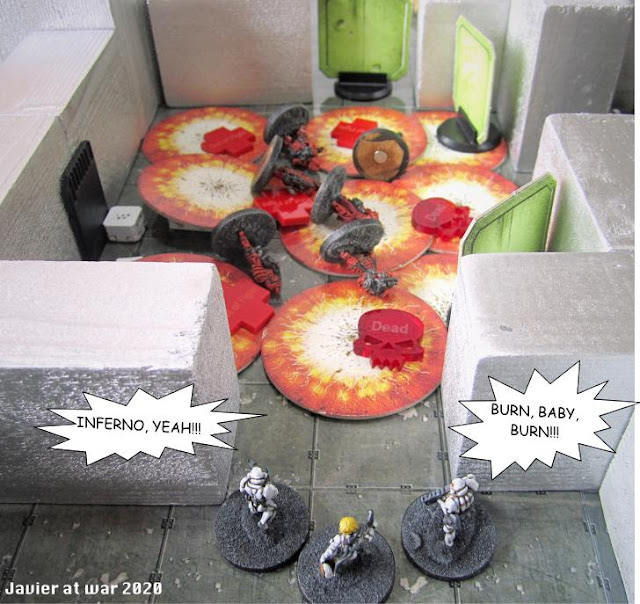 After mission.
The grunt Out of the Fight recovered from his wounds but there were no replacement for the KIA in 1st Squad.
Corporal Artois from 1st Squad developed Quick Reflexes.
The Shadow Corporation headquarters was covered in looted alien technology as well as many investigation projects that could be recycled for Gaea Prime, that allow me to roll twice on the Research and Resources Table. I researched Exo-armor and started researching Laser weapons (it will be ready after next mission).
The mission went really fast with two PEFs turning into nothing and me receiving reinforces on the third turn; and those Inferno grenades are something!
But this was the sixth mission and the end of first wave of the Hishen Invasion. In the second wave, they will be more dangerous and will use Inferno weapons as well. Thank to the Goddess that I have already developed Exo-armor for my troops!