Meanwhile, on the other side of the street (section 9) the Rep 5 Star Army unit has triggered an In Sight. The Rapid Fire Laser guy stuck his head out around the corner, triggering the In Sight. Looking down the street he saw only Billy Pink and Elliot Bay who were in cover. With their higher Rep they had a better chance of winning the In Sight and would shoot better, as shooting is compared to the Rep of the shooter. 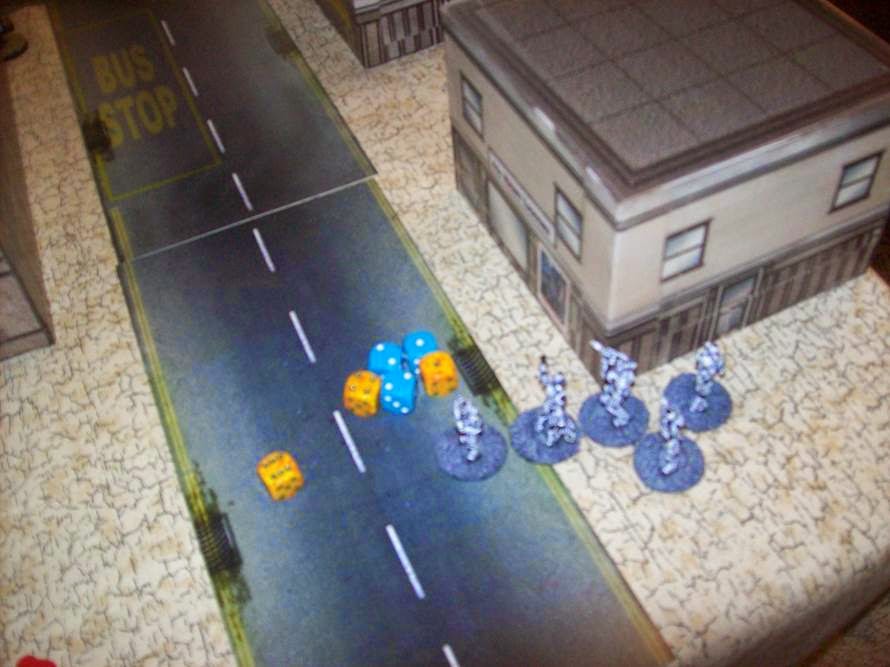 The Star Army move an additional 2" before the In Sight is resolved. This brings 2 more figures into sight, but also in the open. In 5150 Platoon Leader when you fire at a unit you can target specific figures - these would be at risk but I did it for a reason. I figured the guys in the open were easier targets and would take fire instead of the Rapid Fire Laser operator in cover. It wouldn't matter as the SA won the In Sight and blasted away scoring 5 hits! 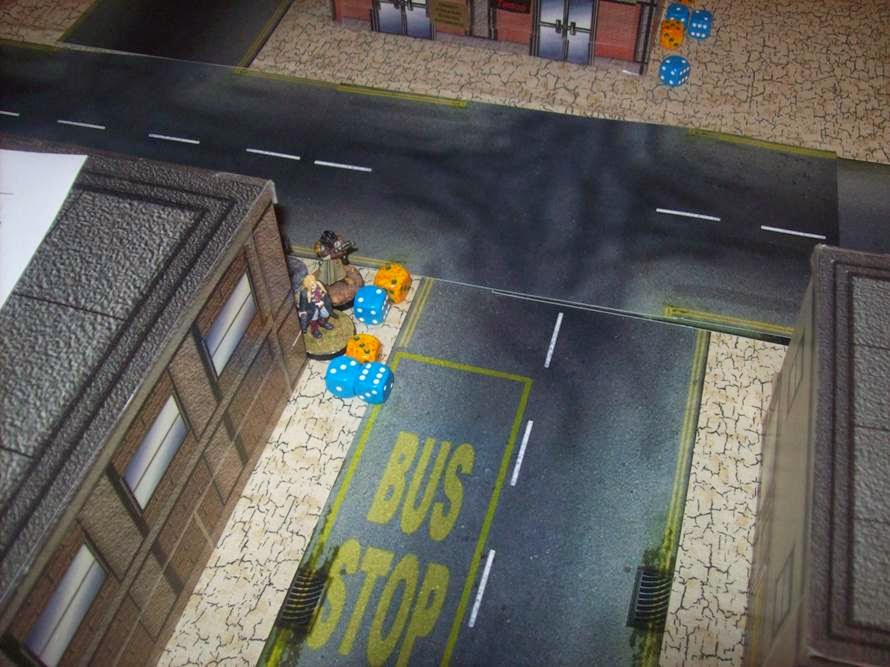 As Billy was in front he took three. Two were Duck Backs but one was Obviously Dead! Elliot took two Duck Backs. 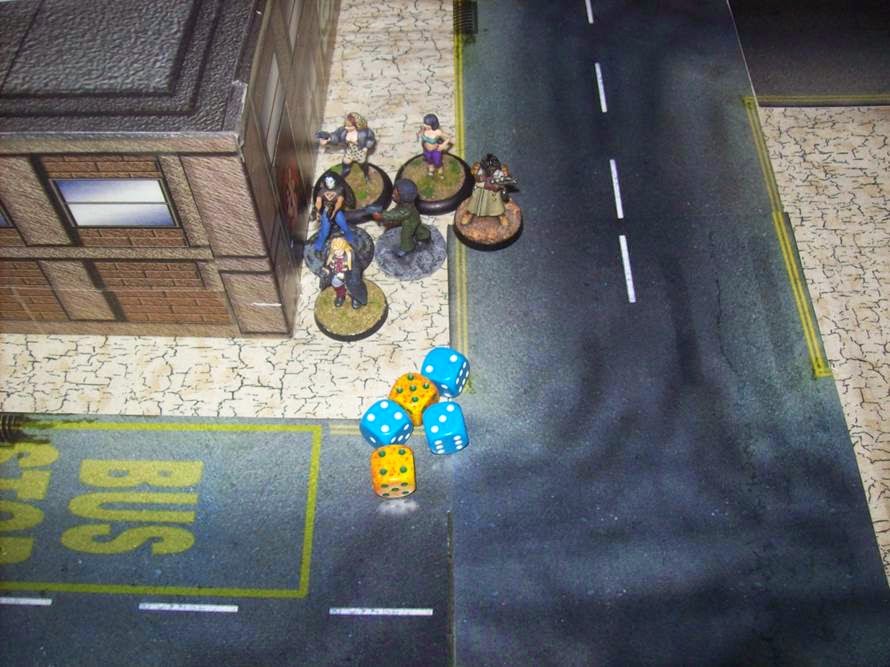 Star Power (shown above) turned the OD to an OOF to a Duck Back. This meant the two would Duck Back out of sight. 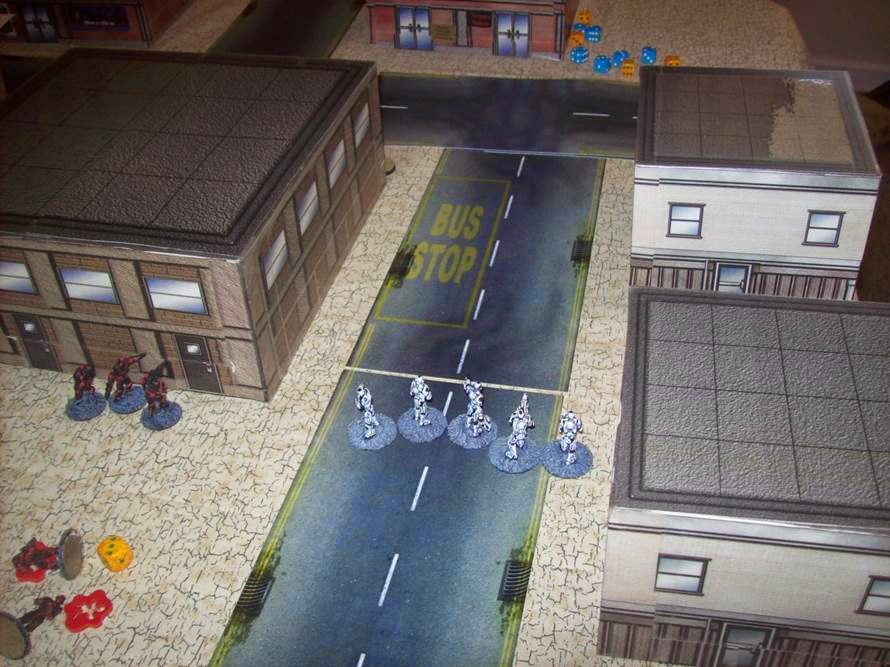 The Star Army, being active, advanced up the street.

Part Four - An Abrupt Ending
Posted by Ed the THW Guy at 17:39
Email ThisBlogThis!Share to TwitterShare to FacebookShare to Pinterest