With two of the SA units having moved the third one activated. 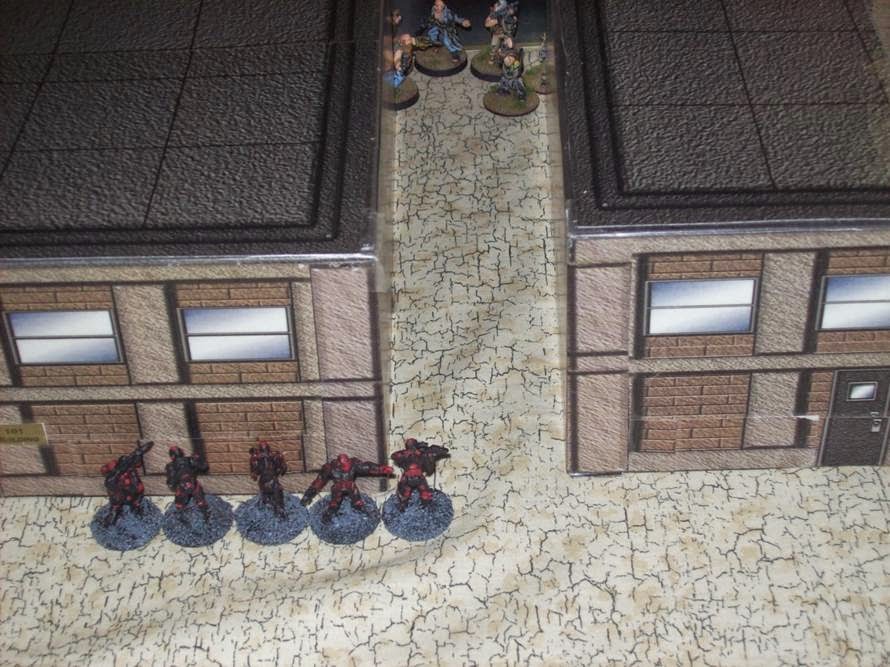 One figure peeped out, triggering the In Sight. Two inches of movement got them into position to fire with most of the unit - 3 figures. 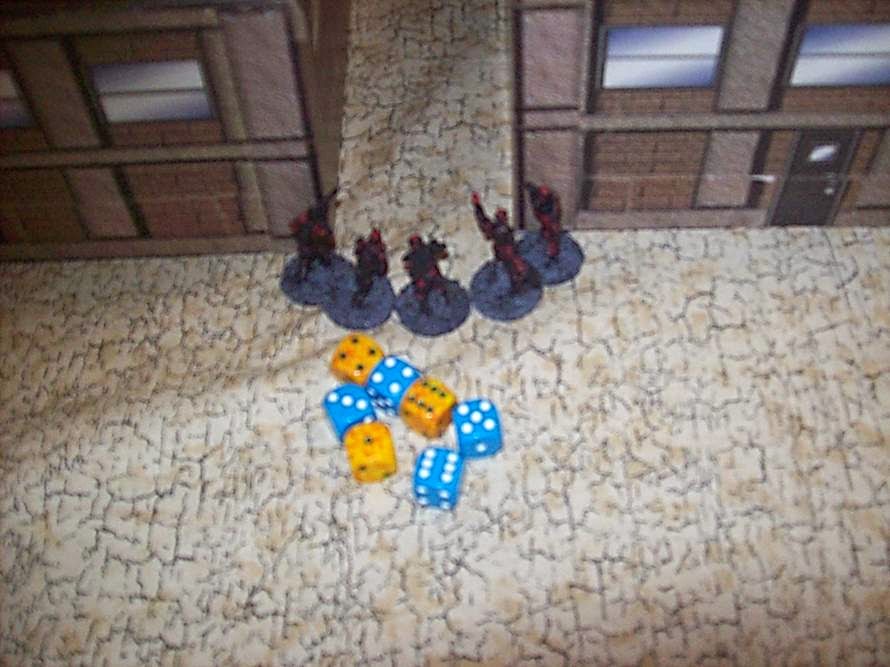 Once the movement was finished In Sight was resolved, the SA won and opened fire, scoring multiple hits. 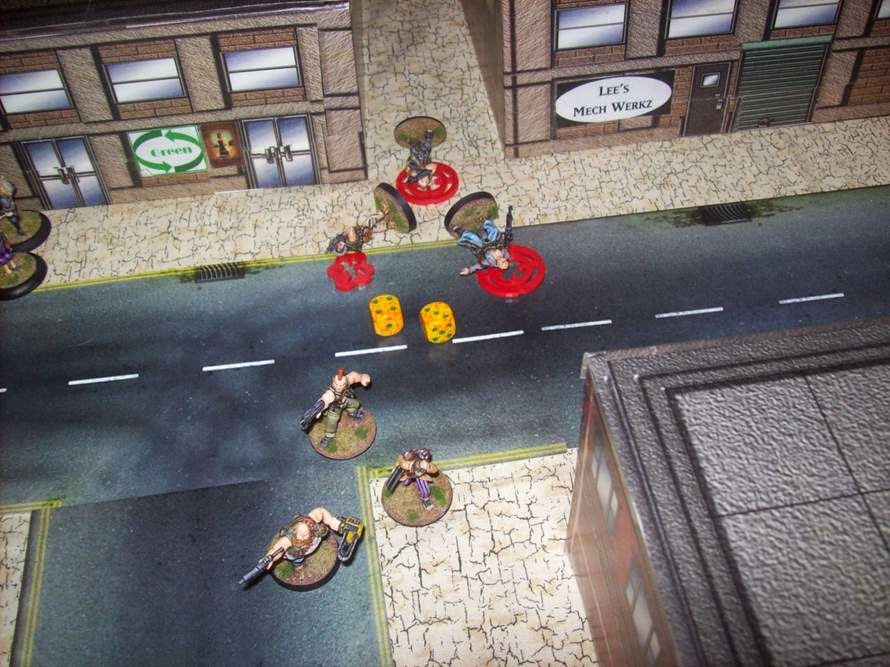 Three of the PM went down - their soft body armor counting a +2 to the damage d6 rolls. The subsequent Reaction Tests saw the half-strength unit leave the battlefield. 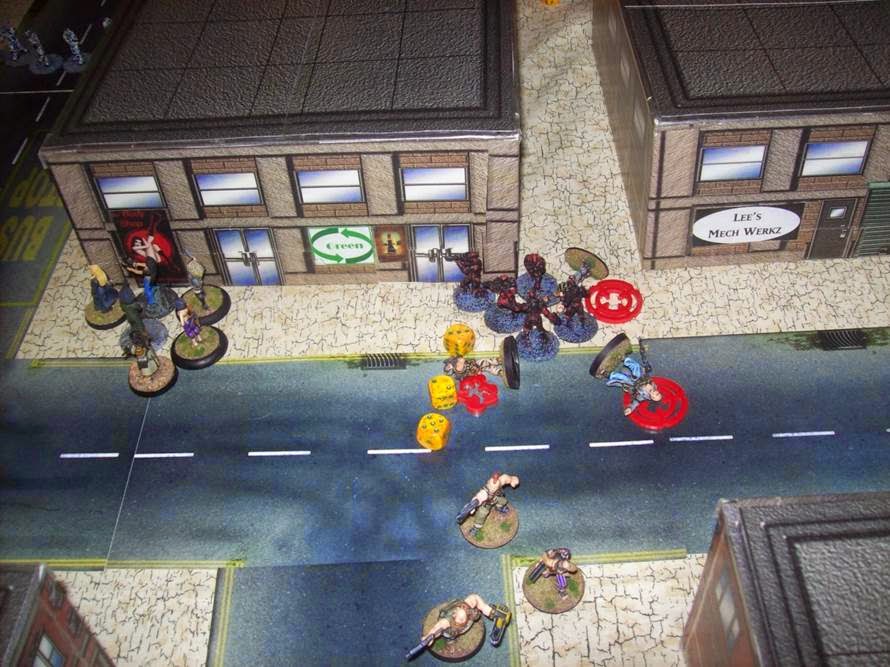 Still active, the SA successfully Fast Moved down the alley to stop behind the Billy Pink led PM. In Sight was taken - the PM couldn't roll any d6 - and the Star Army opened fire! 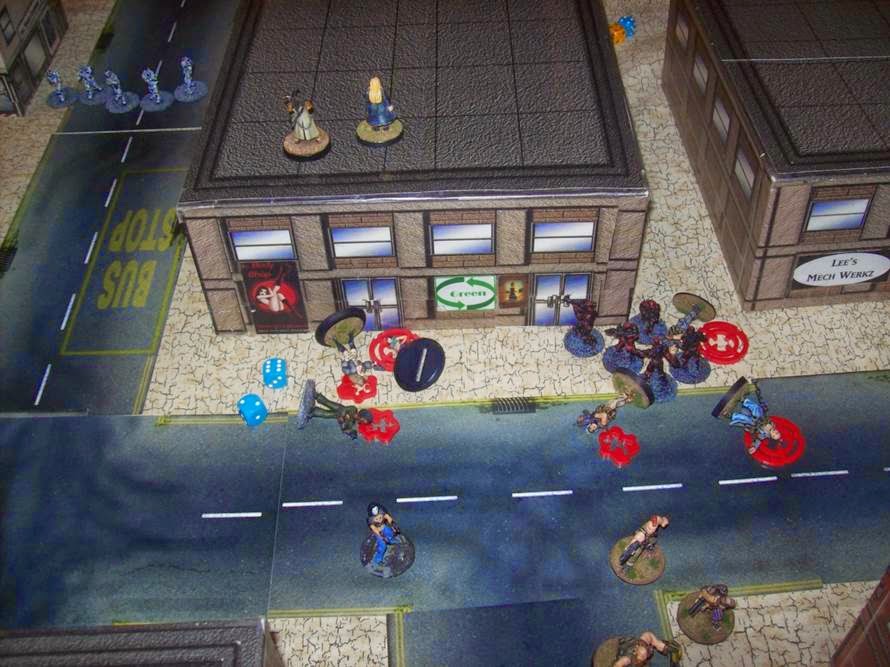 The SA scored 3 hits and 3 PM went down. The last remaining figures passed 1d6 - Duck Back with 1 leaving the  board. Billy and Elliot dove through the plate glass window into the building. But the SA squad wasn't done as the last PM unit was now In Sight. 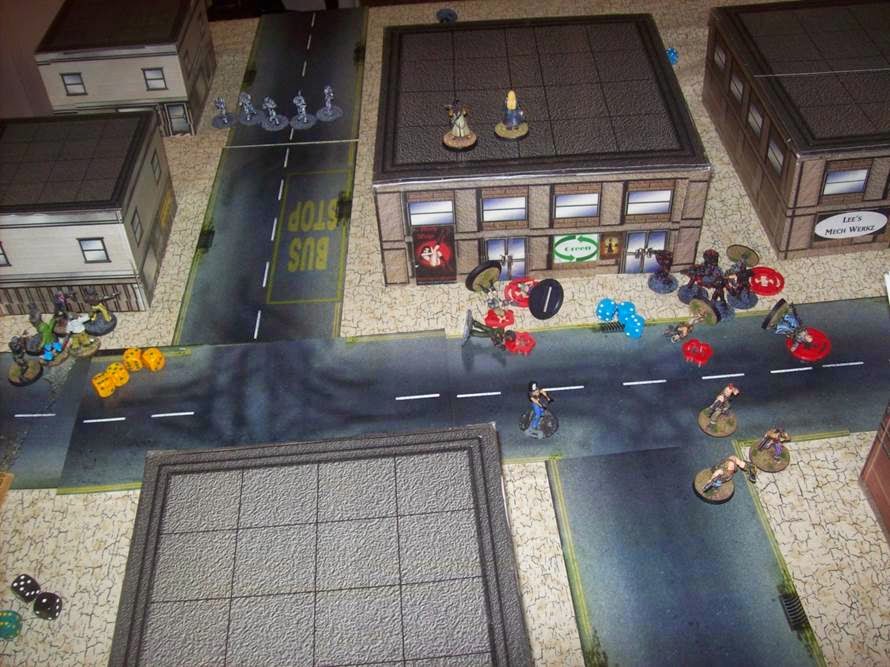 Winning another In Sight, the SA fired away and took out 5 of the PM figures - the last figure left the table. 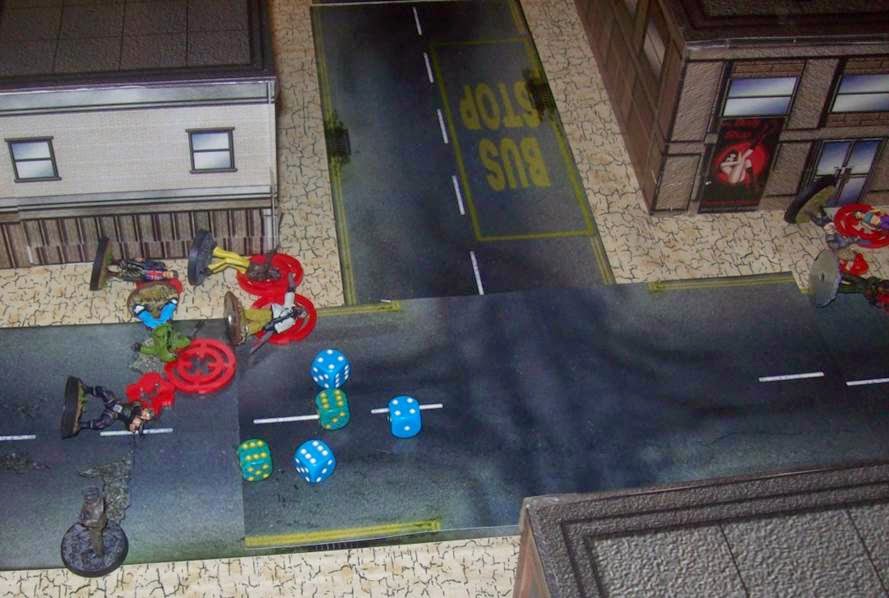 The game took 20 minutes. I was simply overwhelmed tactically. Hadn't seen that coming.
I didn't even have a chance to show how melee works so I'll tell you.
That's the major differences. There are others concerning how reinforcements work and the Planetary Campaign is a nice add on. Plus Bugs work a bit differently than in other rules - and it doesn't make them easier to fight.

Posted by Ed the THW Guy at 17:40
Email ThisBlogThis!Share to TwitterShare to FacebookShare to Pinterest