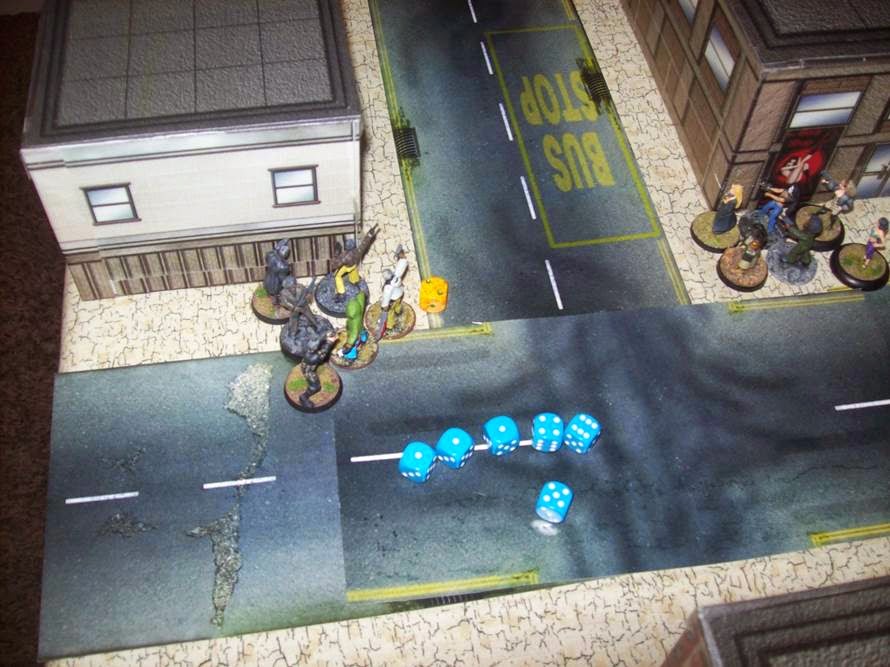 In Sight is taken as usual and the PM unit goes first. Only 3 figures have LOS so they fire with 6d6 - 2 per AR. To score a hit we start with the Rep of the Shooter, modify it by any applicable circumstance like Fast Move or In Cover. Compare each d6 to the modified Rep of the shooter. If score equal or less a "hit" is scored. In reality this means the target may be hit or the rounds are so close it forces them to react. 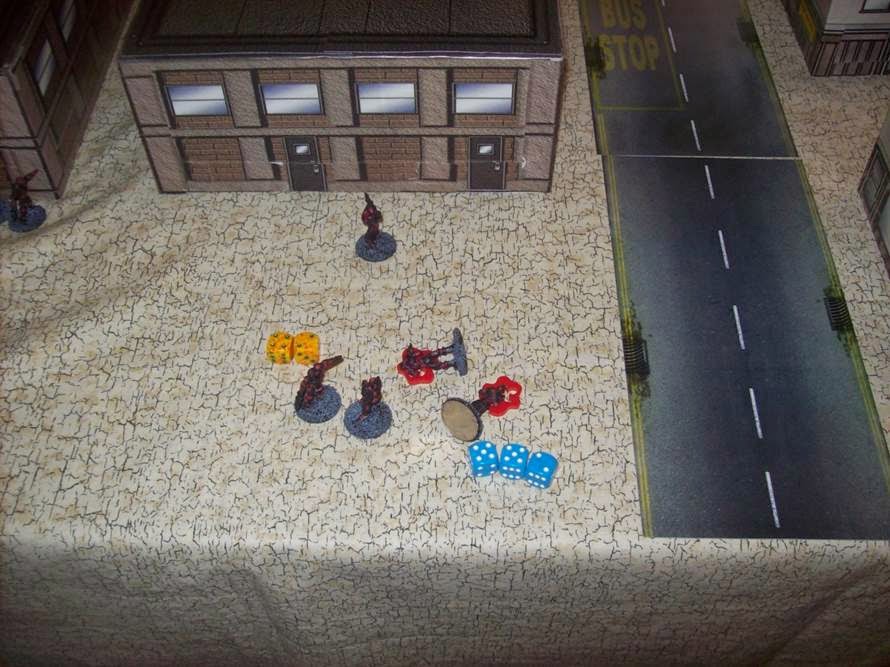 3d6 scored hits so I pick those 3d6 up and roll them versus the Rep of the Target. The dice are modified for armor type of the target and the Damage Table is consulted. Score of 6+ equals Obviously Dead, Rep or higher but not a 6+ is Out of the Fight. Lower than Rep, Duck Back. The results were 2 OOF and 1 DB. Two figures drop and 1 runs for cover. The Recover From Knock Down Test has been eliminated to speed up play with more units. 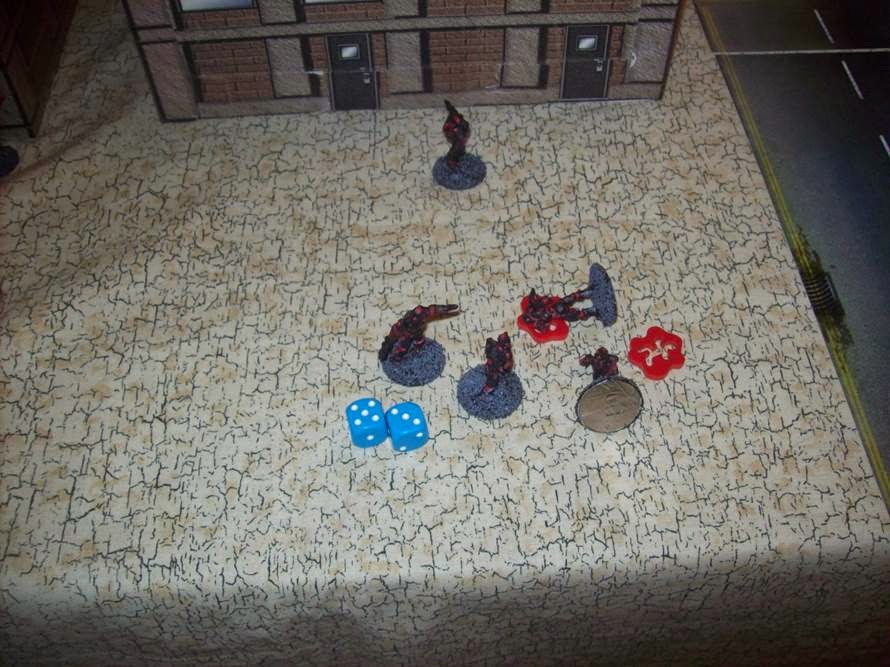 Here's where things are a bit different. The unaffected figures in the unit now take a Received Fire Test for having figures in their unit fired on and a Man Down Test as well. Passing 1d6 they Snap Fire. Notice that Outgunned and Out of Ammo  no longer apply. Again, the goal is to get more figures on the table without lengthening the games. The SA fire back with their Laser Rifles - the Rapid Fire Laser guy having suffered the Duck Back from being "hit" by fire. 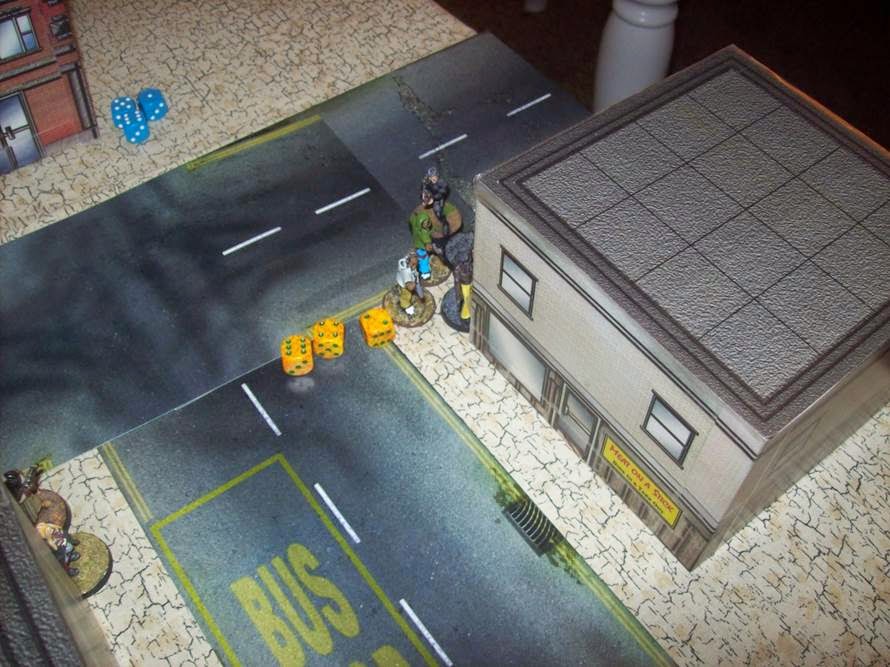 The Star Army fire back but cause no casualties as the few PM figures are in cover. They pass the Received Fire Test and return fire. Firing back, they miss, but cause the Star Army to check. So far the PM have fired twice and the SA once. 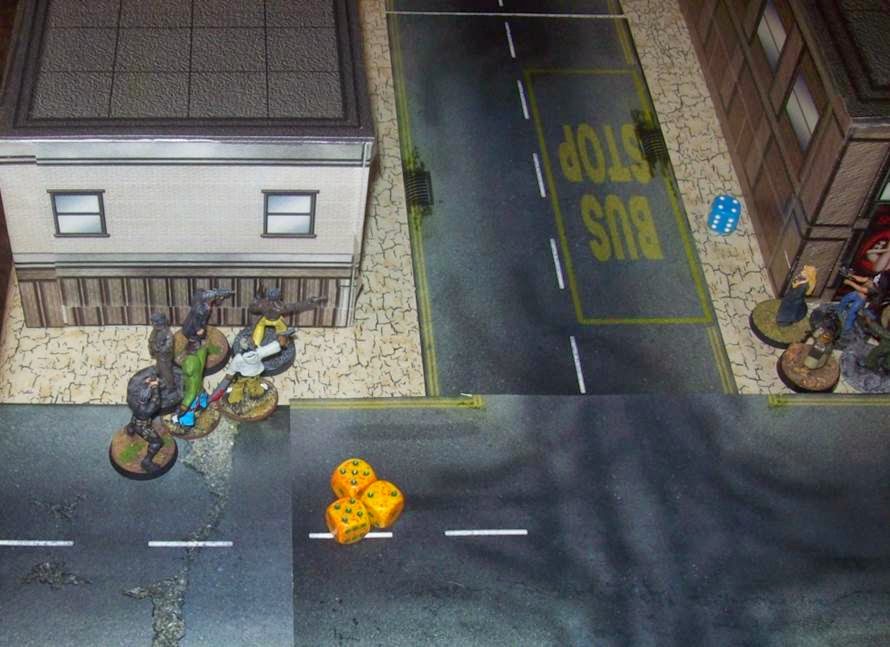 The Star Army pass and return fire again. Although they miss, the PM fail their Reaction Test and Duck Back out of sight. To recap:
PART THREE
Posted by Ed the THW Guy at 17:41
Email ThisBlogThis!Share to TwitterShare to FacebookShare to Pinterest