Heroes of the Colosseum - What's Inside the Box?

Here's a look at what's inside the new Heroes of the Colosseum board game. These are actual game components. Follow the link below to pre-order and save $10 from the real price when it's released. The nice thing is they don't charge your card until they are ready to ship. Looks like the end of the month or next month. 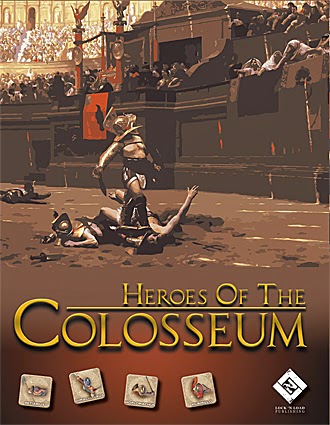 Here are all the components laid out. Heroes is two games - chariot racing and gladiator fights. 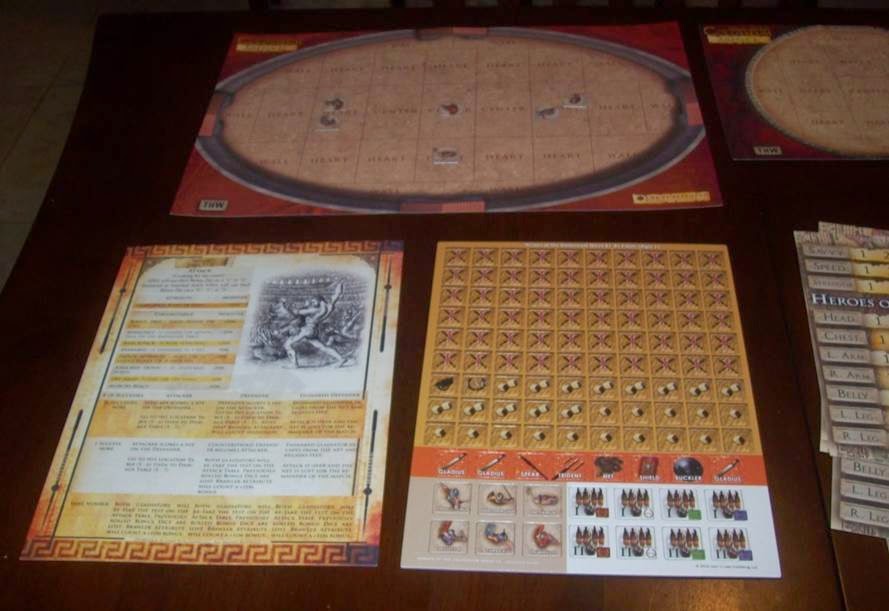 There are two arenas, a small one for fights on the Fringe of the Empire and a large one for those in Rome. Inside there's 112 counters - normal sized ones for the gladiators and larger ones for the chariots. The counters have rounded corners and punch out easily. 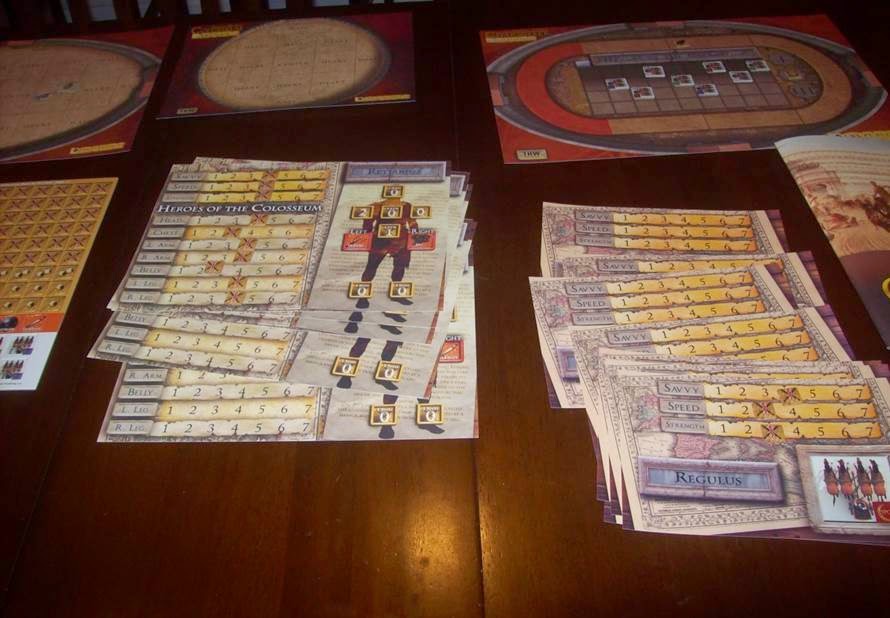 There are six gladiator cards, one for each fighting style. All components are in color and high quality. Damage is tracked on the cards for both the gladiators and chariots - which has 8 cards for 8 chariot races. 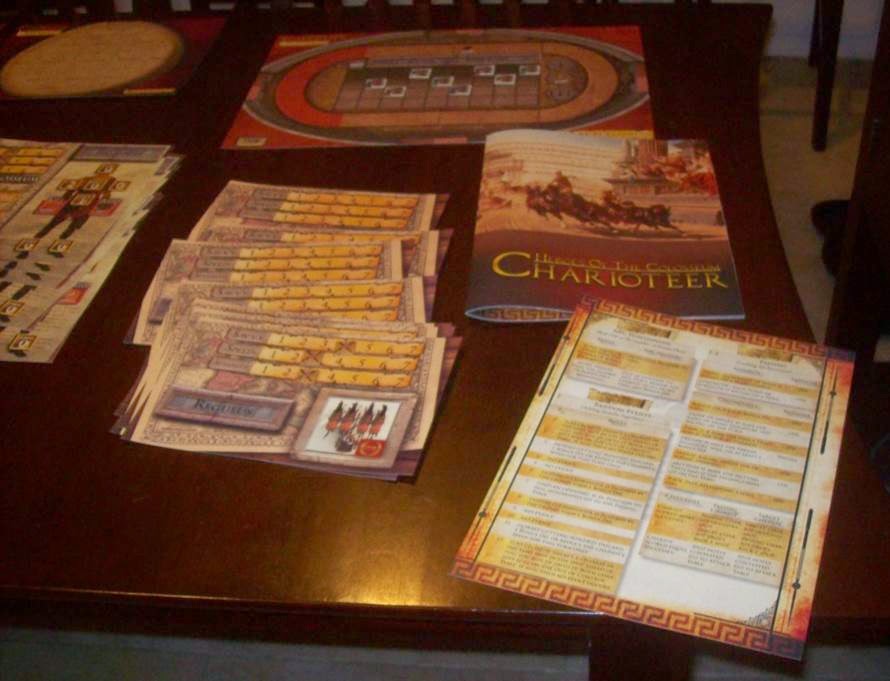 The chariot side of the game has a large racing oval. The Pack is tracked around the oval and the chariots race in the Pack - this way everyone is in the race, every turn! 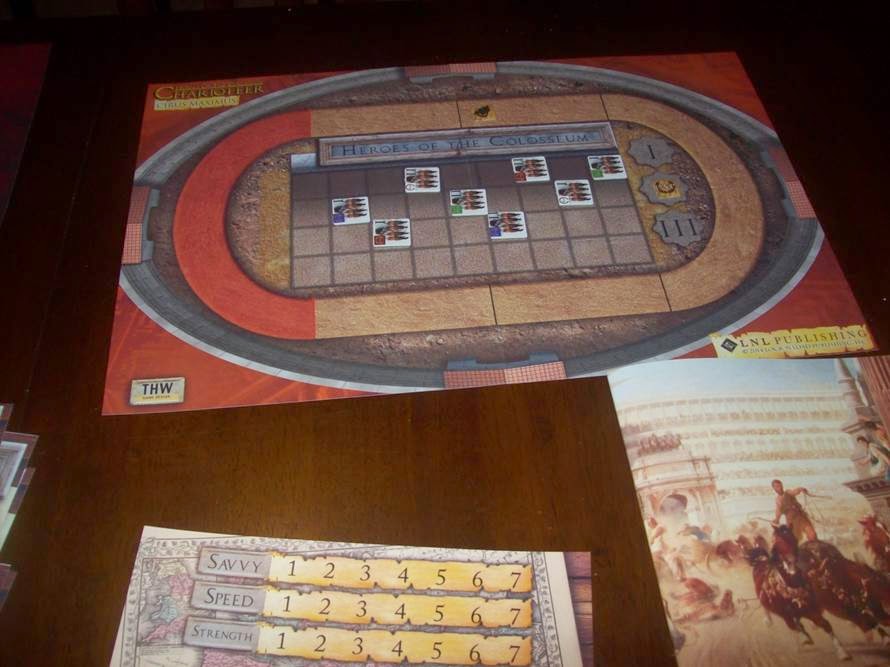 Each game has it's own manual and player aid cards which have the rules you need to run a race or fight a match. This eliminates the need to refer to the manual.

For me, the best thing was that I had total creative control on the games and they reflect the THW style. Add that with the high quality components insisted on by the new Lock and Load ownership and we have a great product. And of course, you can play them with minis of you like!

Remember, save $10 off of the full retail price by pre-ordering.
Pre-Order Heroes

Posted by Ed the THW Guy at 18:28
Email ThisBlogThis!Share to TwitterShare to FacebookShare to Pinterest