I decided, now that RSBM has been finalized, to start my own gladiator. Here's his story so far...

***************************************
Tomas is the born bastard son of a Border Kingdom Duke. The Border Kingdoms is one of the nations of Talomir, the fantasy setting for THW products. Upon the recent death of his father, the Duke, the Duke's eldest son, Charles, inherited the title. His first order of business was to cut Tomas off from his monthly stipend and kick him out of the castle. Having no rights or choice Tomas moved to the town and quickly saw his meager savings, two bottles worth, disappear. Toadying off a local bar wench for the last ten days he has now found himself out of her favor. Not wanting to work or join the army he has decided to take up the honorable gladiator trade. Not as a permanent thing of course, just to make ends meet.

I start by choosing his country of origin, then work through the ten minute character creation. Here is Tomas's Gladiator Roster Sheet.


Tomas Roster Sheet
The first page lists his abilities, weapons, etc while the second page tells his brief history. Now that we have some background and info, on to his first match! Perhaps an Orc, Troll, seasoned fighter? 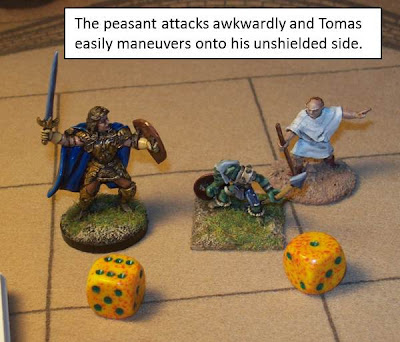 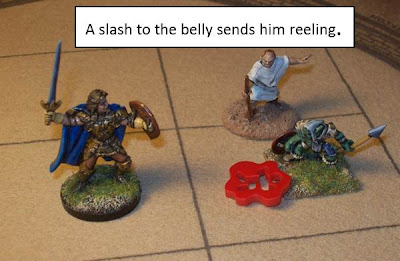 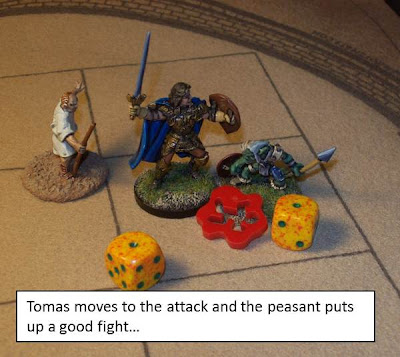 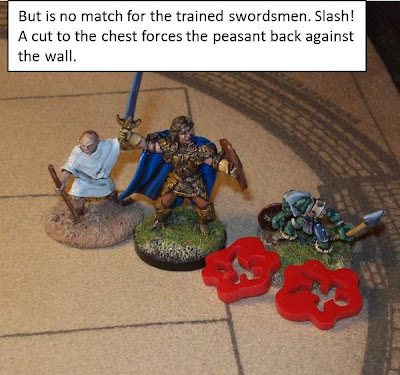 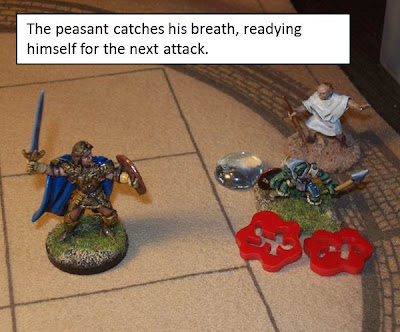 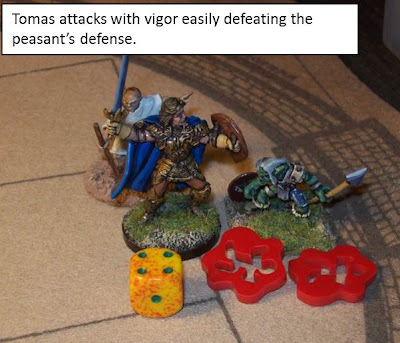 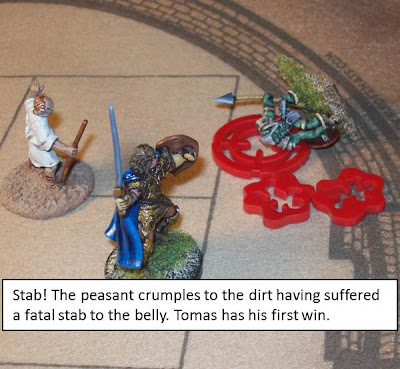 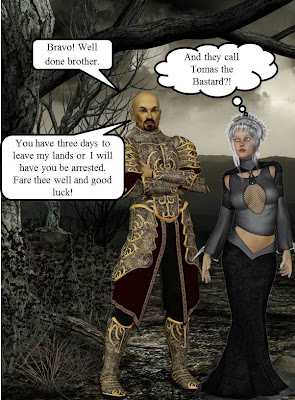 Artwork by Sade
*********************************************
Earlier I mentioned that RSBM also ties in with Rally Round the King, the big battle rules from Two Hour Wargames. Here's how...
In RRtK there is a chance of a contested Succession and a civil war occurring. Talomir is a land of many mercenaries and, not so coincidentally, if you formally Retire from the arena in RSBM, with 100+ Fame Points "you have enough popularity, fame, and fortune to be King".  Or even a Duke?
Hey, I know it's a long shot but everyone needs a goal.

Look for RSBM in the next few days.

Posted by Ed the THW Guy at 09:41
Email ThisBlogThis!Share to TwitterShare to FacebookShare to Pinterest
Labels: Joust, Rally Round the King, RedSandBlackMoon, Warrior Heroes Armies and Adventures