Some of you may remember Cerebus 7 from a comment made by Billy Pink in a previous AAR *. Platoon Leader has given me an opportunity to shed some light on it as well as shed some light on the workings of the Gaea Prime government. 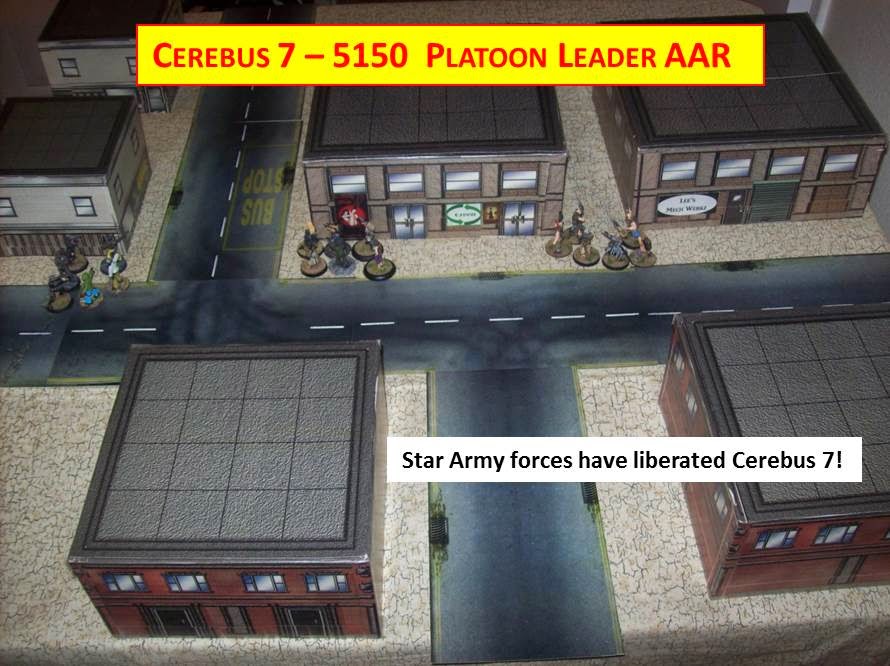 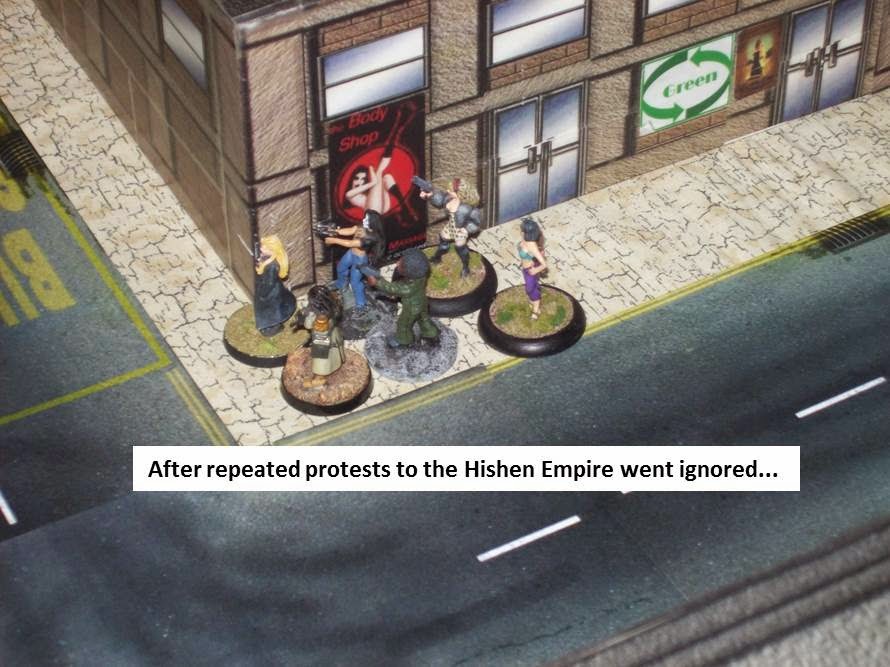 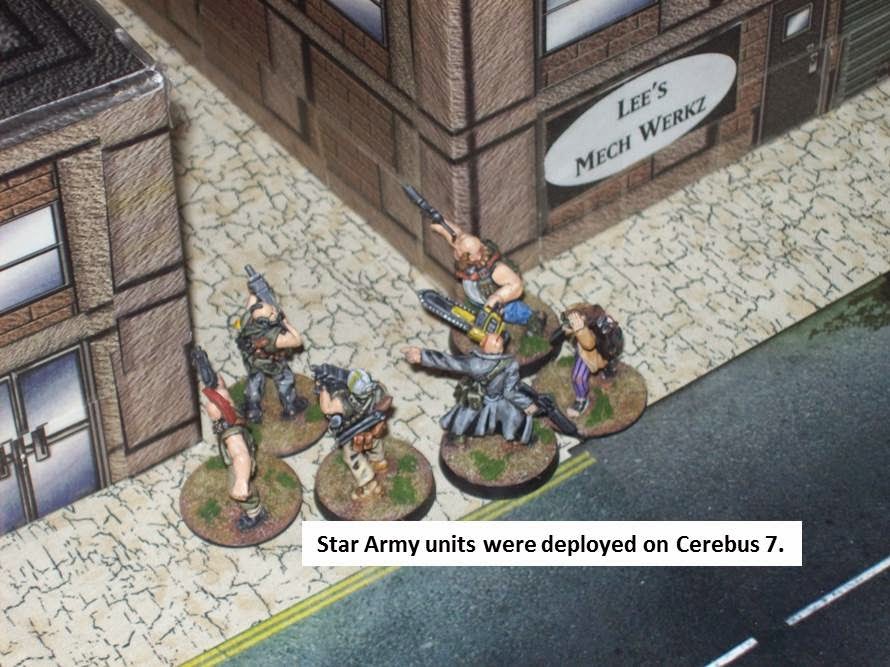 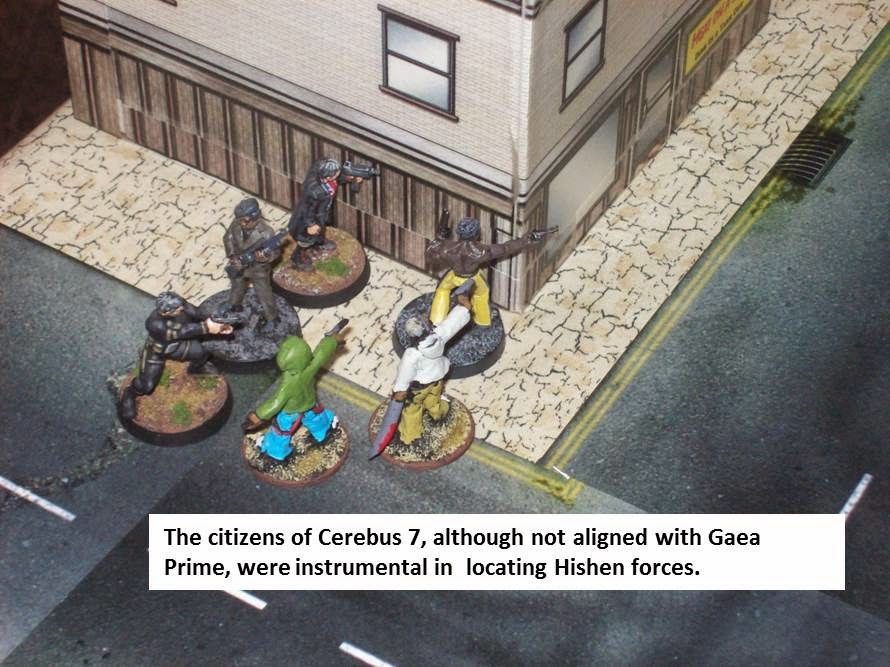 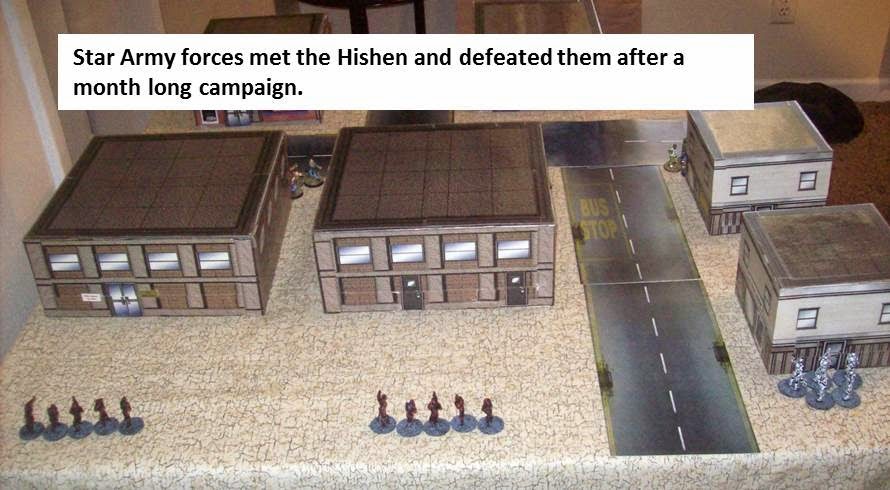 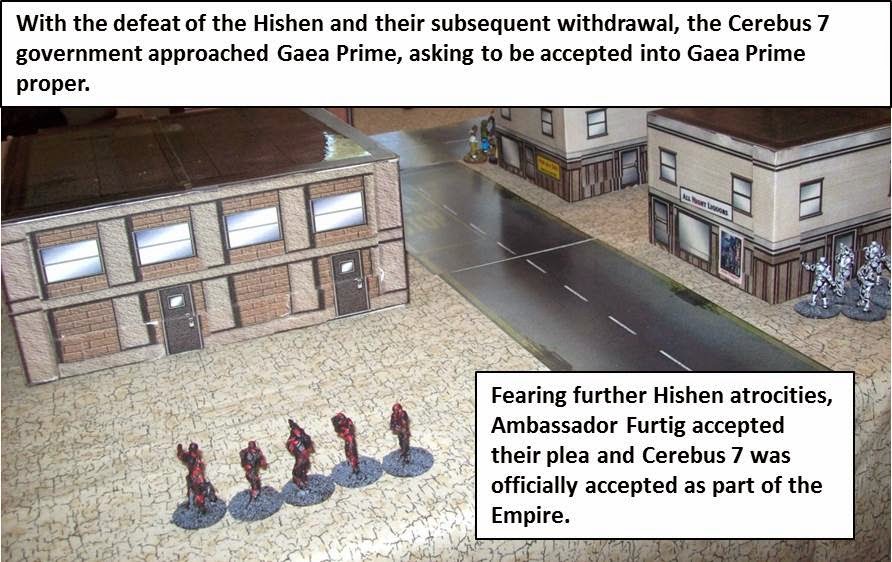 Opposing them were three understrength (5 figure) Star Army squads. Two were Rep 5 and one was Rep 4. The Platoon didn't have any support weapons, but each had one Rapid Fire Laser (Target 3) along with their Laser Rifles (Target 1).

Those that are familiar with Star Army will know that the Target of the Assault Rifle is a  bit lower than normal, but because Ranged Combat is handled differently - to allow for many more units to be used - Targets have been adjusted.

After the PM was set up I rolled for where the Star Army would deploy. They came onto sections 7, 8, and 9, one squad in each. When situations occur different than Star Army, I'll be sure to explain how they work.

The last picture shows the center Star Army triggering a Line of Sight to one of the PM units. Note that all figures must be in base to base contact unless forced apart by a Reaction Test.